Introduction
The AirPort Express range has the right to feel unloved. Unlike Apple’s other lines, which are refreshed on a rigid annual schedule, the company’s humble wireless base station had sat unchanged since March 2008. At that time the first generation iPhone was still the current model and now the sixth generation iPhone 5 is just around the corner. The tech world has been revolutionised over this period, so can we expect a similar step forward from the new AirPort Express?

Features
The short answer is no… but it doesn’t need to be. The cogs in the wireless standards industry turn much more slowly than those driving the smartphone revolution so evolution is the name of the game. As such the 2012 AirPort Express still performs the same functions as its ageing forebear: it can work as a wireless router when connected to a modem, extend the range of an existing wireless network, bring AirPlay wireless audio streaming to any stereo or dock and AirPrint wireless printing to any connected printer. Like the 2008 Apple AirPort Express the 2012 model also still doesn’t support external storage.

Where the new AirPort Express unit does differ is its support for simultaneous dual band 802.11n Wi-Fi over both 2.4GHz and 5GHz bands (the 2008 unit made you choose one or the other). This functionality was added to the AirPort Extreme and Time Capsule back in 2009 so it is primarily a catch-up feature. In addition Apple has added a LAN port alongside the existing WAN port, but surprisingly this only operates at 10/100Mbit rather than Gigabit Ethernet which has widely become the industry standard.

Design
So where do the real innovations come from? Apple being Apple means the most obvious step forward is in design. Whereas the 2008 model plugged directly into a socket, in 2012 Apple has repackaged the AirPort Express into the 90 x 90 x 23mm case of the Apple TV. The fact it is white rather than black and 30 grams lighter (240g vs. 270g) helps you tell them apart and you get the benefit of the same premium build quality, but otherwise it is clear Apple has done a little industrial recycling.

That said this move is to be commended. The old AirPort Express had to be plugged directly into a power socket which meant it was typically positioned close to the ground – the worst possible place for making the most of your Wi-Fi signal. By contrast the 2012 AirPort Express no longer has this limitation and its extreme minimalist design means it can be positioned just about anywhere without obtrusion.

Setup
Setting up the Apple AirPort Express is a breeze. In the four years that have passed since the 2008 unit, Apple has evolved iOS and Mac OS X dramatically and a simple setup wizard will see you go to wireless settings, select the AirPort Station, select ‘create a new network’ and be on your way. A Windows client is also available, but it is interesting that the slickest method is now iOS (a sign of where Apple’s priority lies?) where the AirPort Utility app’s touch UI is both simple and intuitive. 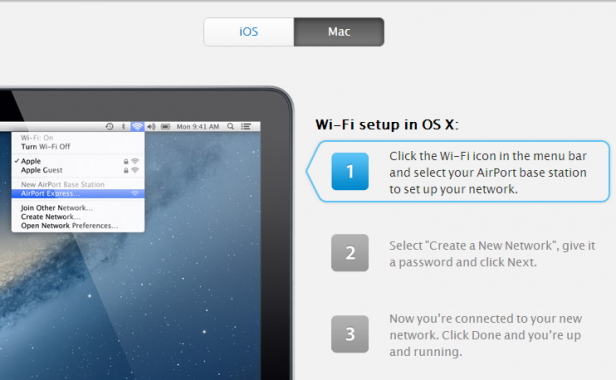 For more advanced users there is the option to access the DNS servers, manage IP addresses, DHCP reservations and port mappings, as well as configure base stations for IPv6 and set up guest networks with limited access, but for the majority of owners it is virtually a case of plug and play.

Wireless Performance
As a Wi-Fi router there is no beating about the bush: we’ve seen better. We hit peak transfer speeds of just 5.9 megabytes per second (47.2Mbit) at one metre and this dropped off dramatically to 1.1MB per second (8.8Mbit) at a distance of 10 metres with two walls in-between. Both figures are roughly half what we have seen compared to dedicated routers like the D-Link DIR-645 SmartBeam and Linksys EA4500. 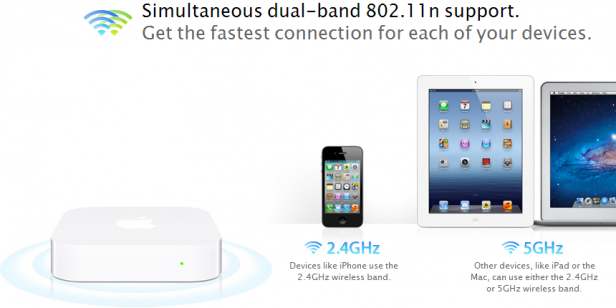 The sizeable caveat is, we suspect, the vast majority will use the AirPort Express as a wireless signal extender, rather than a dedicated router, and in this regard it is ideal for stretching your wireless network to cover previous dead spots.

AirPlay and AirPrint
Furthermore, when it comes to the AirPort Express’s party trick – AirPlay – it is exceptional. Connecting a 3.5mm cable between your stereo/dock and the AirPort Express turns it into an AirPlay speaker and one that streams both more quickly and more reliably than any audio device we have seen with integrated AirPlay. 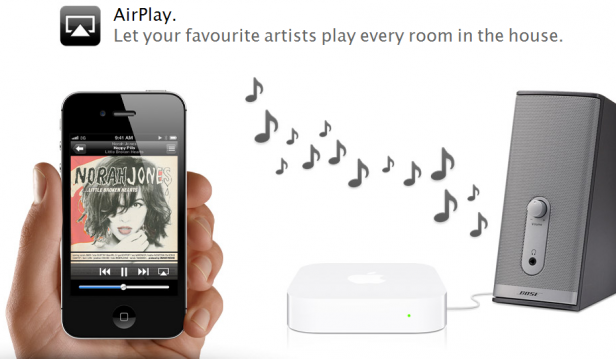 Delays (the biggest curse of AirPlay) between starting music and hearing it is just two to three seconds compared with the five or more seconds commonly witnessed on premium docks like the Klipsch Gallery G-17 and Audyssey Dock Air. When combined with the seamless connection (it skipped just once in a day’s playback) and the fact this functionality can be swapped from device to device, the Apple AirPort Express is very desirable indeed. (”Note: AirPlay output can be added to Windows via Rogue Amoeba’s Airfoil software”).

It is a similar story with AirPrint. Printers with integrated AirPrint are rare and expensive so bringing the ability to wirelessly print to any printer from your Mac or iOS device is welcome. Of course wireless printing is an option many routers provide, but not from iOS.

Value
Viewed purely as a router, the AirPort Express would be hard to justify. Its price is higher than our current bargain buy, the D-Link DIR-645, and it cannot match its wireless range, performance or vast array of advanced networking features. In addition it lacks Gigabit Ethernet and support for the newer and much faster 802.11ac standard that is already beginning to hit the market. 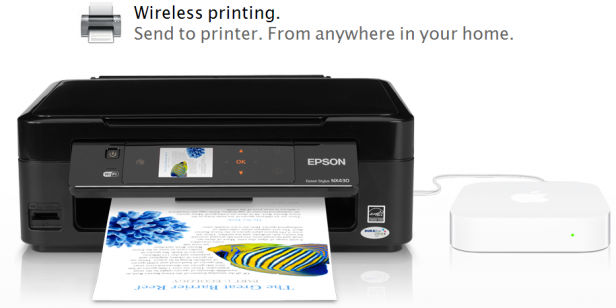 That said, in a secondary role as a wireless signal extender the AirPort Express is a great success. Its design is both practical and discrete, it adds a welcome boost to areas of the home with weak signal or dead spots and the ability to bring AirPlay and AirPrint to any bog standard audio system or printer respectively is hugely appealing.

It is also significant that both integrated AirPlay and AirPrint add significant premiums to their respective devices (in the case of the former often more than the AirPort Express’s £79 RRP) and this is lost when you come to upgrade. With an AirPort Express you buy the device you want and simply plug it in. 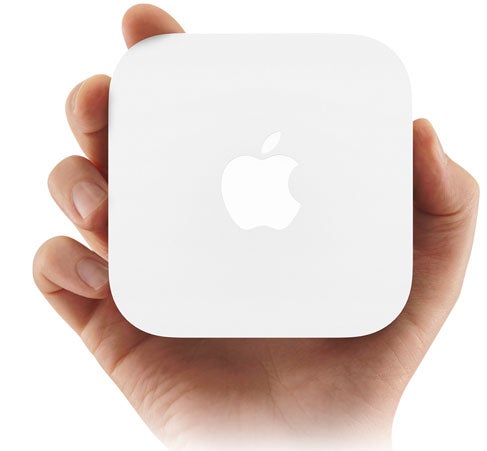 Verdict
The 2012 AirPort Express is a hard device to score. On the surface it is an incremental upgrade to a four year old product which doesn’t include support for either 802.11ac or Gigabit Ethernet and both wireless performance and range are average at best. On the flip side it works brilliantly as a wireless extender and adds AirPrint to any printer and AirPlay to any stereo/dock – both of which work superbly. As such there is little reason to upgrade from a 2008 unit, but for those looking to buy their first AirPort Express we find it impossible not to recommend.