When just about every router these days also packs in wireless, and Ethernet-over-power adaptors are a better solution than Wi-Fi for the majority of situations anyway, AirPort Express, ostensibly a wireless adaptor, might seem a little niche – even for Apple!


As ever with Apple, however, things aren’t so simple. Yes, the AirPort Express does indeed plug into your wall rather neatly and accept an Ethernet connection, which it then makes available to the world via a Draft-N wireless connection, but that isn’t all}/i} it does. If you take a look on the underside of the unit, you’ll also find a USB port and a 3.5mm audio jack next to the requisite Ethernet port. 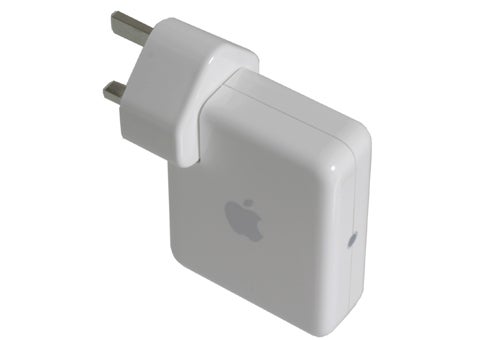 The USB port makes it possible to connect a USB printer to the AirPort Express unit and share it either over Wi-Fi or Ethernet. More interesting, perhaps, is the audio jack, which enables music stored on a PC or Mac to be streamed – using what Apple calls AirTunes – to the AirPort Express and output to an amplifier or a set of powered speakers, from iTunes.


Cleverly, this is both an analogue and a digital output, so if you have ripped your CDs to your Mac or PC in the Apple Lossless format (FLAC isn’t supported in iTunes, remember) you can stream that lossless music around your house. As the AirPort Express wireless can also be used as a range extender for an existing connection, it’s possible to have a few dotted around the house all hooked up to different speaker systems and streaming different music.

The upshot is similar functionality to a Sonos system but at a fraction of the cost. And since the whole affair is managed from iTunes on your Mac or PC this means there’s the added benefit of control from the free Remote application for the iPhone and iPod touch. Furthermore, the compact design makes this a very unobtrusive solution.


Clearly a sub-£70 AirPort Express, or even a couple of them, can’t substitute for a proper multi-room setup, like those offered by Sonos but it’s a damn good alternative if you’re on a budget. The only major complaint I have is the inability to stream from a NAS device – especially as all of my music is stored on one. Not only is it a little convoluted to stream media from a NAS box to a Mac or PC, and then via AirTunes to your AirPort Express, it also seems like an excessively power-hungry way of going about it.

If you’re using a Mac then AirPort Express’ setup process is almost insultingly simple. AirPort, Apple’s network configuration utility, is built into its OS and as such all that’s required is to find a spare socket for the AirPort Express, before connecting your system to it and following the simple step by step instructions to configure the wireless ID, security and encryption settings. On a PC it’s no harder, so long as you can cope with installing the Windows version of the AirPort utility.


Connecting a printer isn’t difficult, either. Suffice it to say that as long as you can cope with the setup process without AirPort Express getting involved, you’ll also have no problems when it is. I’m not entirely convinced this is functionality that a great many people want given the vast number of networked printers around, so it’s not likely to be a selling point, but it’s there if you want it. 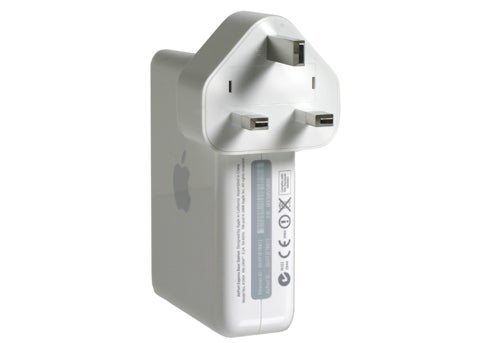 A notable feature available to AirPort Extreme, the big brother to AirPort Express, but missing here is the ability to connect a USB hard drive that can then work as a Time Machine backup location. In fact, if you want that feature but don’t want wireless music streaming, then a Time Capsule might be a better solution as it is basically an AirPort Extreme with a built-in hard drive.


Of course, it’s a bit redundant to point out that you shouldn’t be looking at AirPort Express if it doesn’t suit your requirements – you don’t need me to tell you that. Rather, what I should be assuring you of is how well (or not as the case may be) it does the things it can. And, as I’ve already pointed out, it does them with aplomb.


If you have a straight dsl/cable modem or a router without wireless (or one that only offers the older, slower, 802.11g standard) then the AirPort Extreme will ‘n-ify’ your setup nicely. Similarly, if you like the sound of streaming music from your PC to a different location in your home wirelessly then this is an excellent way of doing so on the cheap. 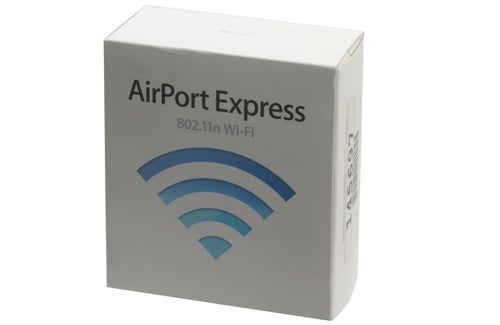 If the rumours that Apple is planning its own Napster or Spotify-esque music streaming service are to be believed then AirPort Express could get even better, too. Even as it stands, pumping out purchased or ripped tunes, Internet radio and Podcasts into the living room from my PC in my bedroom, controlled with my iPhone in the kitchen is undeniably cool.


As a wireless adaptor, Draft-N or not, AirPort Express has a compact, well thought out design, but that’s not really enough to sell it. Luckily, the addition of a USB port and an audio output make this more than a one trick pony. You only have to start streaming music around your house to wonder why you didn’t do so sooner. Only the price could be prohibitive.