It’s normal for notebooks to make compromises, but Aorus machines try to go above and beyond. Take the X7 v6, which includes a huge list of features: a GTX 1070 GPU, an overclockable Core i7 processor and a 120Hz screen with G-Sync. The result is a gaming monster.

The GTX 1070 is proving to be the most popular Nvidia Pascal GPU chipset. It’s powerful enough to play any game at Full HD and 1440p, and it’s not as expensive as the GTX 1080, which is really designed for 4K. 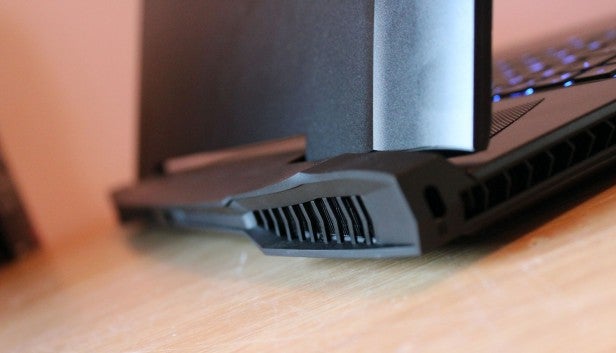 The mobile version of the GTX 1070 has 2,048 stream processors and a 1,442MHz core alongside 8GB of memory, which puts it on par with the desktop card.

Here, though, Aorus has done something unusual – it’s overclocked the GPU. The GTX 1070 runs at five pre-configured speeds. The first option is selected by default, which means the GPU runs at 1,468MHz and with 8,060MHz memory. The fifth option sets those clocks to 1,543MHz and 8,208MHz.

Impressively, the GPU isn’t the only overclockable component – the Core i7-6820HK is the only Intel mobile CPU with an unlocked multiplier. By default the Aorus runs at 4GHz, which is the machine’s beefiest CPU overclock, but it can be toned down to 3.6GHz – still miles above the CPU’s 2.7GHz stock pace. 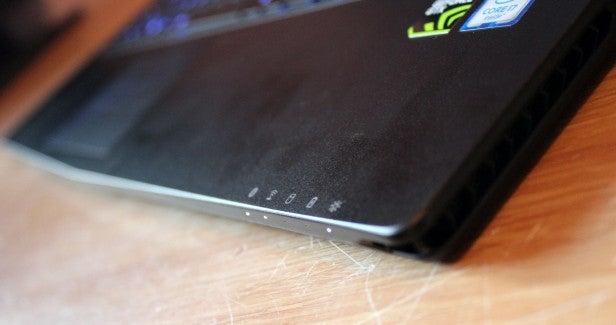 The rest of the specification is good, but contains no surprises. There’s 16GB of 2,400MHz DDR4 memory, a 512GB Toshiba XG3 SSD and a 1TB hard disk. Qualcomm’s Killer gaming brand provides the Ethernet and wireless connectivity, and there’s also Bluetooth.

Aorus laptops always look great. The mirrored logo on the lid lights up and the power button is illuminated. The button is flanked with dramatic grilles for the system’s fans, and the trackpad has another Aorus logo. 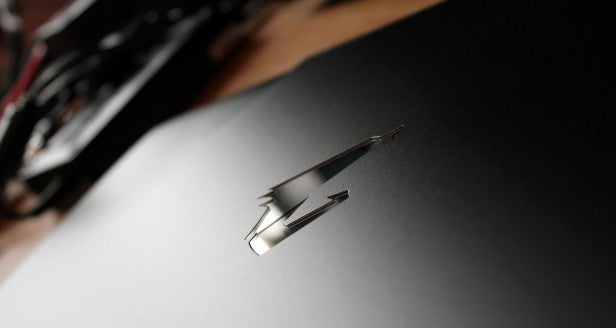 There’s a chunky rear section with vents alongside smaller exhausts on the machine’s left- and right-hand edges. Those edges hold USB 3 and USB 3.1 connectors, HDMI and Mini DisplayPort outputs, and an SD card slot.

The Aorus is slimmer and lighter than its main rival, too. It weighs 3.2kg and is 25mm thick, which is impressive for a machine with this specification – the Scan is a kilo heavier and half a centimetre thicker. Despite the relative slimness, the Aorus is sturdy throughout.

The base panel can be removed, but it’s held down by a dozen Torx screws, which is awkward. However, it reveals two memory sockets and a spare M.2 connector free, which is good for a notebook.