The latest instalment of AOpen’s XC Cube range, the EZ482, looks like a step backward when you examine the exterior design. In fact, the EZ482 looks identical to the first generation of XC Cubes from the outside. But as we know appearance isn’t everything and internally it’s quite a different beast altogether. This is AOpen’s first XC Cube with support for Socket-939 Athlon 64 processors and component video output, not that the two are specifically related of course.


The review sample of the EZ482 that I had a look at was black, although colours might vary depending on the country in which you buy it. Although I’m not a fan of this specific front design the finish is of a high quality and very glossy, so it’s good that AOpen supplies a polishing cloth to wipe grubby finger prints off. 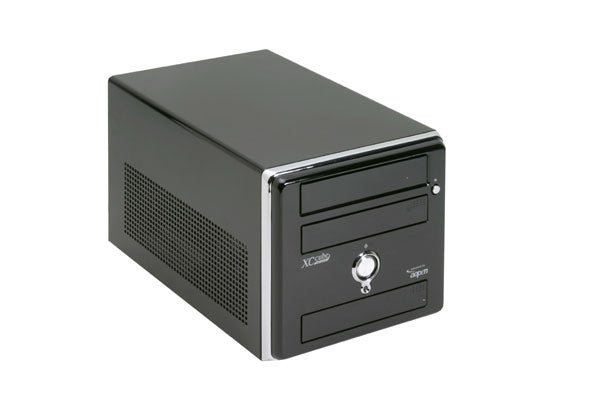 Lifting on the lid you notice one change to the previous XC Cube models and that is the new, much larger CPU cooler. The fan now measures 80mm and a solid copper plate is connected to six heatpipes which in turn are attached to a large copper heatsink. The mounting mechanism has also changed and you now have to screw four long screws into the motherboard supports. There are also four pins sticking up from the supports to aid the fitting of the cooler.


Otherwise there are no major changes internally, besides the obviously different motherboard. It’s a shame that AOpen hasn’t managed to reduce the cable routing inside the case, as even though things are fairly neat, there are way too many cables running back and forth. 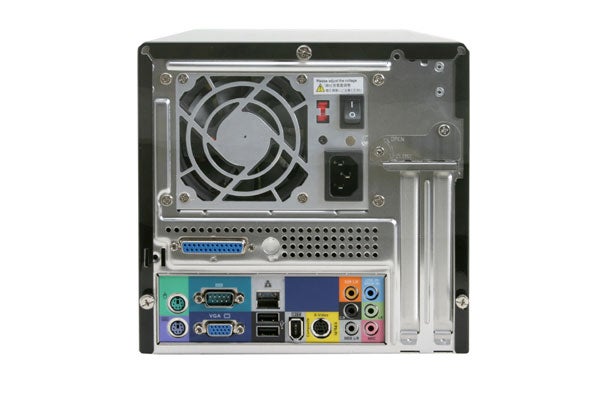 The onboard audio controller from Realtek is of the new High Definition type with sample rates up to 192kHz which is far superior to the normal AC97 solutions you tend to find on motherboards for AMD processors. The rear audio connectors comprise four outputs for 7.1-channel sound alongside a microphone and a line in. The line in also doubles up as a 3.5mm optical S/PDIF input. 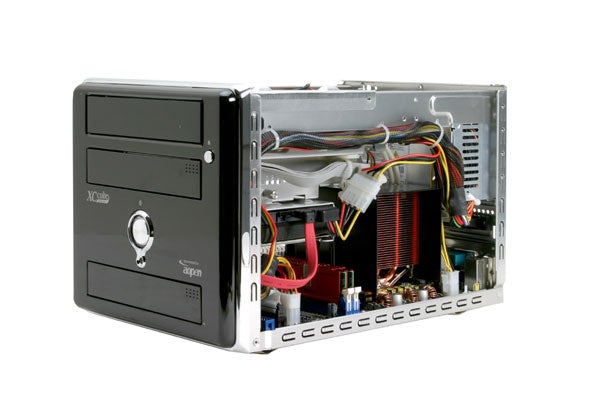 Behind a flap on the front of the case are a further two USB 2.0 ports, two FireWire ports – one six and one four-pin – a headphone and microphone connector and finally an optical S/PDIF output.


As AOpen has opted for the ATI Radeon Xpress 200 chipset you get integrated ATI graphics thrown into the bargain. This is not going to be good enough for playing the latest games, but it’s not terrible for most other things and it is in the Radeon X300SE class.


The advantage you get is the TV out functionality if you want a small media playback box. With component, composite and S-Video output through a dongle, the only thing missing is SCART support. I’d like to see this motherboard in the XC Cube AV EA65 chassis, as that would make the EZ482 a far more compelling offer. Also, considering all the AV features I expected to find a copy of some pre-Windows media playback software in the box, but sadly this was not the case. 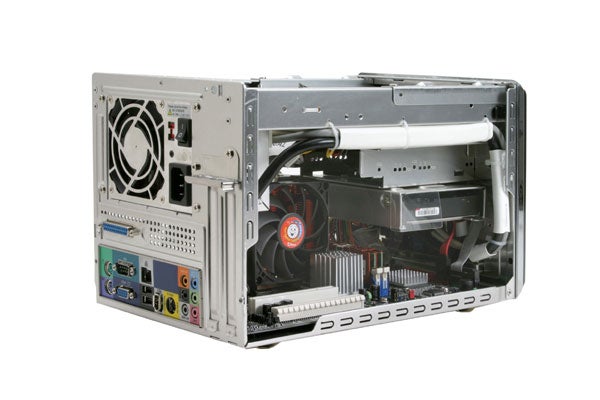 The chipset is passively cooled, so the only noise will be from the CPU cooler and the PSU. As with previous XC Cubes the fans can be controlled from the BIOS or via a Windows utility. There are three available drive bays, two 3.5in – one forward facing for a floppy or a card reader – and one 5.25in drive bay for an optical drive. The 5.25in drive is covered by a flip down cover.

I have to say that I was really disappointed with the “new” manual, as it is far worse than the booklet that used to come with the XC Cubes and not at all up to AOpen’s regular standard. The quick setup guide is now shared between two different products, albeit both for AMD processors. The manual itself is now very generic and covers all of the XC Cube products and the paper stock has gone downhill which makes it hard to figure out what is going on in some of the pictures. 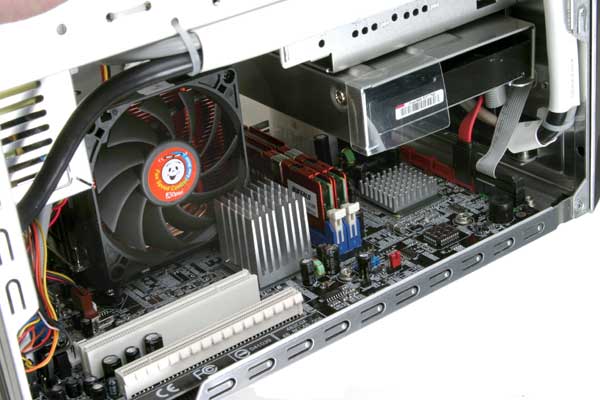 
As I mentioned earlier, the Radeon Xpress 200 chipset is not great for gaming and the 3DMark 03 score confirms this with the XC Cube EZ482 only managing a mere 1544 points. Swapping to the Radeon X800 card bumped this score up to 8632. 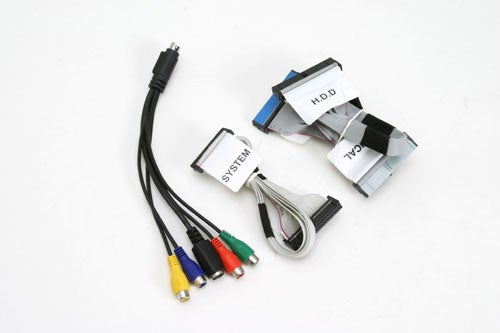 The XC Cube EZ482 offers pretty decent performance, but it’s not the fastest SFF system we’ve seen. Considering that it will set you back £242.05 I would have expected something a bit more special, especially when you consider that you can now get the Biostar iDEQ 330P for similar money. To be fair, the Biostar doesn’t have integrated graphics and it doesn’t offer HD quality audio, but in general it’s a far better package.


The AOpen XC Cube EZ482 is a pretty good SFF system, but its externals looks dated and it could do with some re-thinking when it comes to the internal cabling. It should be good as a small media centre type device, especially if you can connect it up via the component video interface.