Finding the right case in which to build your PC is never easy. The first question you need to ask yourself is whether you want a small form factor box or tower, and if you go for the latter, the choice is positively dizzying. AOpen has been making system cases and the components that go inside them for a very long time, so I fully expected the Nouveau to be a shining example of case design and construction. Unfortunately, those expectations proved to be unfounded, and although the Nouveau sports some solid features, it also exhibits some poor design attributes. 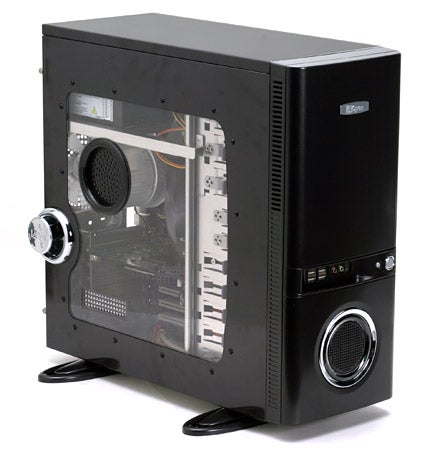 But before I get into the nitty gritty, let’s cover the basics. The guts and side panel of the Nouveau are constructed from aluminium, making it far lighter than a traditional steel case. Unfortunately, unlike the Coolermaster WaveMaster case that I reviewed a long time ago, the front fascia of the Nouveau is plastic. This makes the case look and feel slightly cheap, when in reality it is far from cheap. The door on the front fascia feels flimsy and again spoils the effect – quite simply an aluminium front fascia would have made the Nouveau a far more desirable product.


Opening the front door reveals four 5.25in and two 3.5in bays. I put a black DVD writer in the top bay to match the dark finish of the plastic, and although it looked ok colour wise, I noticed a large gap all around the drive. It seems that the drive cut-outs are slightly larger than a standard 5.25in device and you can’t even adjust the lie of the drive because of the retention mechanism. 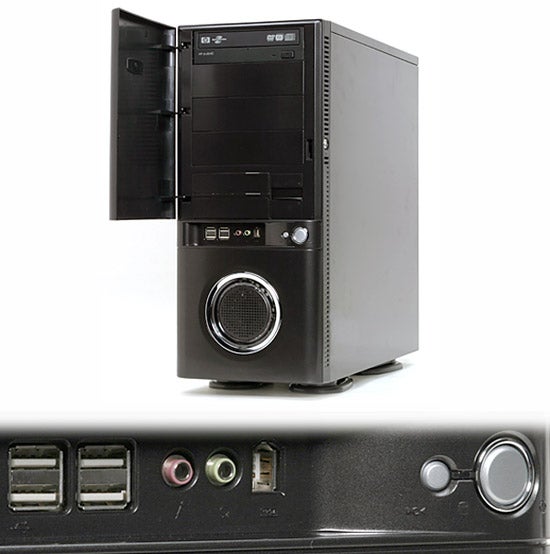 Below the door you’ll find the power and reset buttons, while next to these are four USB 2.0 ports, a headphone socket, a microphone socket and a six-pin FireWire port. Finishing off the front fascia is a grille that covers the front mounted 92mm fan. Inside the case there’s another fan at the rear, this time a 120mm unit – I’m always happy to see a 120mm fan because it helps keep the noise of the system down, without compromising cooling.


There’s another 120mm fan in the power supply which comes with the case, the PSU also has a fan controller on the rear, so you can slow the fan down if you want a very quiet machine. Personally I prefer dynamic fan control, because I always forget to turn the fan back up when I fire up a game and the components start to heat up. 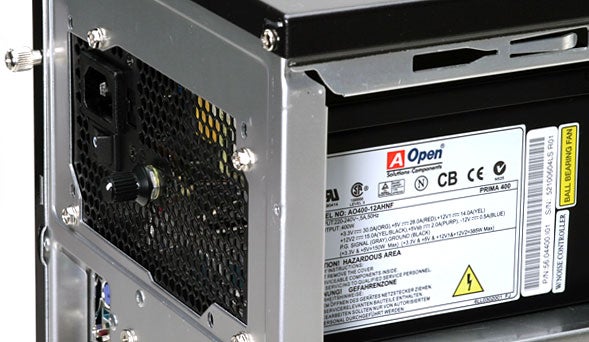 The supplied PSU is a bit of a mixed bag really – there are plenty of power connectors, and all the Molex plugs are “quick release”. You get two SATA power plugs, which is good to see, although you’ll need a Molex converter if you want to run a RAID 5 array. There’s also a six-pin PCI Express connector, which is commendable, but I would like to see two of these in case you want to build an SLI system. That said, you’re not going to be building a dual GeForce 7800GTX or even 6800 Ultra system with only a 400W power supply.

Fitting a motherboard was pretty straightforward, although I do prefer to have a removable motherboard tray for ultimate ease of installation. AOpen has implemented a screwless expansion card retention mechanism that works brilliantly. Each backing plate is married to a plastic fixing clip that is very easily opened and closed externally. I’ve seen screwless retention clips before, but none of them work as well as this one. 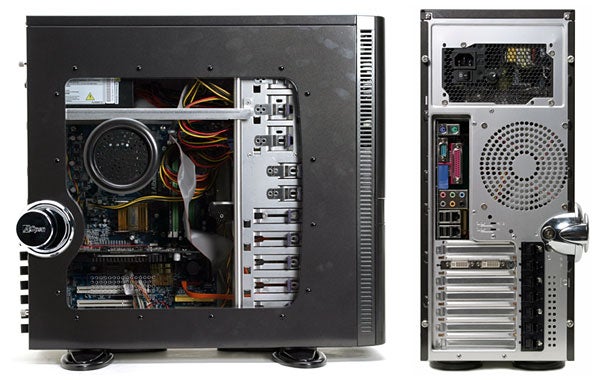 Unfortunately, the same can’t be said about the drive retention system. Like so many cases these days, the Nouveau doesn’t require you to actually screw your drives in, but it also doesn’t use drive rails as such. Basically, AOpen supplies special screws for mounting your drives, that enable them to be slid into retaining clips on the drive cages. Now, on the surface this method looks ok, but it falls foul of one thing. Once I slid the optical drive into place, I tried pushing the Molex connector into the socket – unfortunately this resulted in the drive breaking free from the clip and smashing open the front fascia door. You can however, add a couple of screws to secure it properly so this doesn’t happen afterwards but this rather defeats the point of having quick release drive rails. 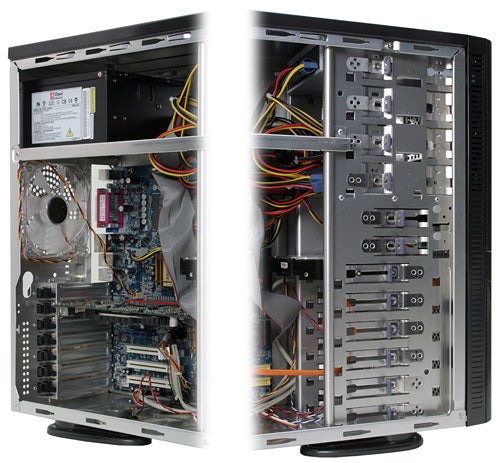 Another issue we faced was caused by a misleading picture in the frankly awful manual. A picture shows that the screw holes you need to use are on the right. However, if you put the screws in these and then try to mount the drive it simply won’t fit properly. In fact the picture has the drive facing the wrong way round and this led to some confusion in the office until we spotted the error. I suggest that AOpen clarify this issue by updating the manual. And possibly shoot the photographer.


The left side panel of the Nouveau has a clear panel, so you can see how beautifully (or not) built your PC is. There’s also a grille cut out with an adjustable flume that pipes the hot air directly from your CPU cooler out the side of the case. There’s a large, silver, plastic clasp that releases the side panel, once the two thumb screws are removed. I’m sure that some people will think this looks stylish, but I thought it looked somewhat tacky – but then, each to his own.


There are a couple of nice touches with the front mounted ports. The USB connectors for example have both block connectors and single pin connectors at the end, so you should be able to use them with pretty much any motherboard. 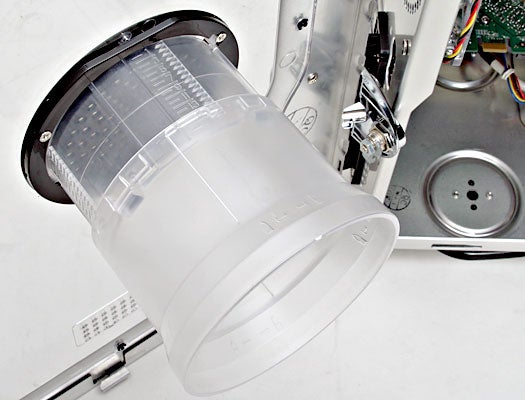 And so I have to jump the final hurdle – price. At £133.36 this isn’t a cheap case, but then you do get a power supply thrown into the bargain. However, at 400W (and I can’t believe I’m saying this), the power supply isn’t powerful enough to build a really high-end SLI machine inside the Nouveau, and if you’re going to have to buy a beefier PSU, then the price becomes steep indeed.


Ultimately, the Nouveau has some good features, but some design issues make for a slightly disappointing product. The plastic fascia spoils the look and feel and the PSU isn’t really up to the task of driving a high-end SLI setup.


I was expecting a lot from the Nouveau, since AOpen definitely knows how to make good components and peripherals. Unfortunately this case suffers from some niggley design issues, while the plastic fascia makes it feel cheaper than the £133 price tag would suggest.