The PSD241 is AOC’s attempt to elevate the humble office monitor to something more stylish. It takes the form of a fairly standard 24-inch IPS panel and a somewhat less standard frame and stand design. However, it does rather feel like it won’t be right for everybody.

Turn on the monitor and you’ll be greeted by the logo of the design studio responsible for the PDS241: FA Porsche. There’s plenty to like here, with the thin plastic bezel, metallic silver frame and thin top, right and bottom bezel. It’s also supremely slender near the top when viewed from the side, but it becomes thicker towards the bottom. 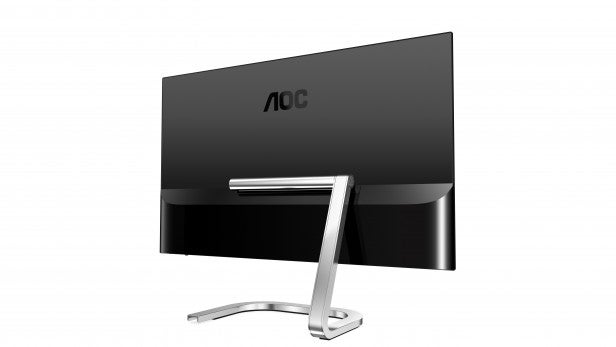 The stand is where FA Porsche has earned its salary, with a piece of shaped metal acting as a base for the PDS241; it’s supposedly inspired by monitor cabling. It looks pretty good, but with just a single, relatively thin piece of metal balancing the screen, it can be a bit wobbly if the desk it’s standing on bears the brunt of knees knocking against it.

There are no ergonomic adjustments aside from forward and backwards tilt, which limits its in-office practicality.

This wacky stand design also results in compromises as far as inputs go. It connects to a breakout box via a mini HDMI cable that carries both power and video, while on the breakout box end there’s a power connector and full-size HDMI port. And that’s it.

Not everyone will need a monitor with multiple inputs, and given how common HDMI is these days, it isn’t a disaster by any means. But the lack of DisplayPort, DVI or VGA does feel a little mean. There is at least a 3.5mm headphone jack beneath the bottom bezel, which is a handy addition.

The advantage of the breakout box is that it can be hidden from view completely, with just a single cable trailing from it to the monitor stand. But was this ever really a problem? Most monitors come with some form of cable management to route the various wires into a single clump, all but eliminating any impression of untidiness. 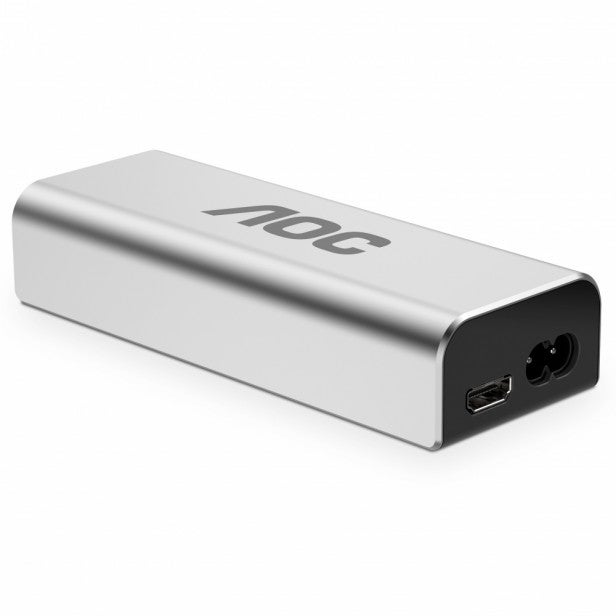 The on-screen display is controlled via a single button – again, to carry through the simple design. Using a single button for navigating menus is tedious, but there aren’t many options to change (brightness, contrast, volume, overdrive, blue light filter and language) so you’ll probably spend little to no time in these menus anyway.

The PDS241 uses a Full HD IPS panel. IPS screens tend to offer both better colour accuracy and viewing angles than conventional, cheaper TN screens. On a premium product, it would have been nice to have a higher-resolution 1440p option – but as it stands, Full HD is all you’ll find on both the 24- and 27-inch models.

It’s a good panel, though, able to display the full sRGB colour gamut and an impressive 81% of the Adobe RGB space as well. That’s great both for office users and photographers, who will have a better range of colours to play with and a more accurate view of what photos are supposed to look like.

Delta E, which tells you how accurately each colour is displayed – and where a lower score is better – was measured at 1.53. This is decent, although not at the level of pro-photography monitors. Still, for the money it’s pretty good. The same goes for viewing angles, which are wide in both the horizontal and vertical planes, meaning the lack of adjustability is less of an issue than with cheaper panels.

At maximum brightness, this screen can display up to 280cd/m2, which is fine for an office monitor and about as bright as you’ll want a model to be anyway. Black levels, where the lower the figure the deeper the blacks, was measured at 0.23cd/m2, which is good but not outstanding.

Brightness uniformity is excellent. There were no noticeable dark or light patches on the screen, which hints at a quality panel and good build quality.

Motion blur was at a minimum when scrolling through pages of text, but there’s enough present to recommend that twitchy gamers avoid this screen. You’ll want something far faster, such as a gaming monitor with at at least a 120Hz refresh rate.

The AOS PDS241 has plenty going for it, although it’s rather hobbled by its admittedly attractive but slightly impractical stand. For £200, its high colour coverage is a definite perk, but if you don’t need top-notch colours, the 23-inch LG 23MP68VQ will do the job for £50 less.