It’s fair to say that 2010 was a tricky year for edge LED lighting technology in TVs. For while edge LED illumination undoubtedly makes it possible to deliver some extraordinarily thin TV designs and very bright, colourful pictures, we’ve become increasingly annoyed with the amount of edge LED TVs that can’t seem to produce a consistent backlight.


Just a couple of days ago, in fact, Toshiba’s flagship TV, the 55WL768, fell foul of precisely this problem, suffering with one of the most serious cases of backlight inconsistency – where patches of the picture look brighter than others – we’ve seen so far. 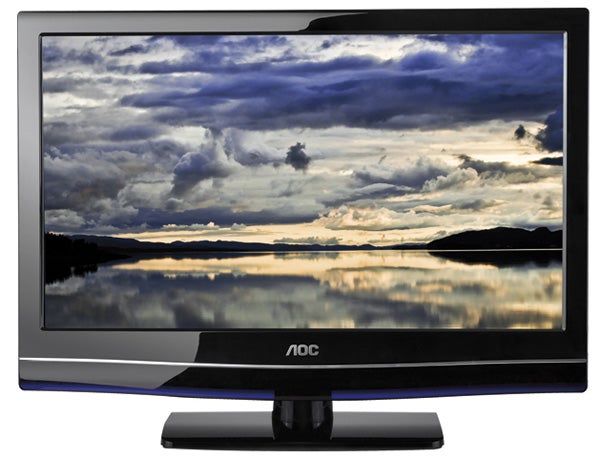 So the big question as we take delivery of the first TV we’ve ever tested from AOC, a brand better known for its PC products, has to be whether such a small brand with relatively limited AV experience can really teach its more established rivals an edge LED trick or two.


Before we get around to answering this question, though, we’ve got all the customary groundwork to cover. Starting with the LE42K0D7D’s design.


While the LE42K0D7D isn’t quite as stylish as AOC seems to think it is, it is certainly easier on the eye than the majority of TVs from second tier (or even arguably, in this case, third tier) brands. And yes, the edge LED lighting plays a big part in this, allowing the LE42K0D7D’s rear to protrude less than 50mm at its deepest point.

How impressed you are by the rest of the design depends on how much you like your tech to look a bit brash. For the bezel is quite large by today’s standards, at least along the bottom edge, and the whole kit and caboodle is finished in an ultra-glossy, hey-everyone-look-at-me black offset only by a little silvery strip under the AOC logo.


Our own thoughts were that the styling was a touch dated and the finish rather cheap and flimsy, but you’re entirely at liberty to disagree with us. Especially if your wardrobe is liberally littered with shoulder pads and shiny suits.


The LE42K0D7D’s connections are about what we’d expect of a TV that is, by 42in edge LED standards, decently affordable at £779. So you get three v1.3 HDMIs, and a modicum of multimedia support from a USB socket. Not too surprisingly, there’s no way of networking the LE42K0D7D for streaming files from a PC or accessing any online functions. But the USB port can, at least, handle JPEG, H.264 video and MP3 music files, which we guess isn’t a bad effort.

The lack of any Wi-Fi or Ethernet networking also reveals a more disconcerting shortcoming of the LE42K0D7D: no Freeview HD tuner. Instead, you just get a standard def Freeview one. While we know there are one or two much more expensive TVs that don’t have Freeview HD tuners – yes, we’re looking at you, Philips – it still has to count as an important oversight on AOC’s part. In fact, it’s arguably a bigger problem on a TV like the LE42K0D7D than it is on the Philips TVs, since the AOC’s relatively ‘entry-level’ nature means it’s less likely to be partnered with an external video receiver like a Sky box.


Searching through the presentationally bland but simply organised onscreen materials for features on the LE42K0D7D isn’t a particularly rewarding experience. The stand-out trick, at least in terms of surprise value, has to be a 100Hz system – especially as AOC has thoughtfully given you the facility to adjust how hard this processing works. Otherwise, the only things of note beyond a helpfully labelled set of picture presets are a basic noise reduction system, and a surprisingly flexible backlight adjustment. 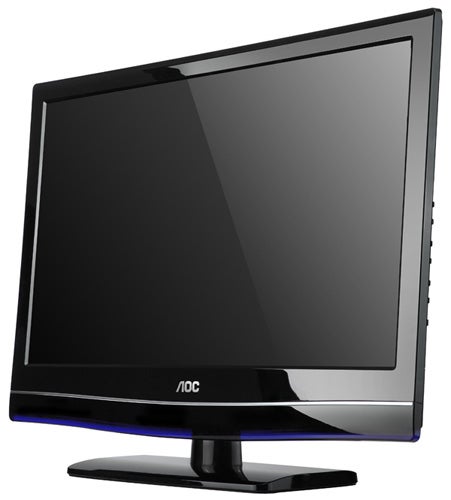 The only other point you could argue is that actually the LE42K0D7D’s most striking feature is its price. For £779 obviously isn’t much to cough up for a 42in screen with an edge LED lighting system.


The first thing to say about the LE42K0D7D’s pictures is that they initially appear better than past experience of ‘c-list’ TVs would have led us to suspect. The main reason for this is that its pictures are driven by a startlingly high level of brightness – even by edge LED’s usually in your face standards.


The raw brightness helps colours look strikingly fully saturated for a relatively affordable set, creating an image that immediately catches your eye and holds your attention.


What makes these strengths all the more surprising is that despite the fulsome brightness, there at first appears to be at least a passable stab at delivering a believable black level response. Certainly, there’s isn’t as much grey mist hanging over dark parts of pictures as we might have anticipated.


Maybe the LE42K0D7D’s pictures will start to fall apart when it comes to sharpness? Actually, there’s a decent amount of fine detail and sharpness in its HD pictures – provided, at least, that these pictures don’t have much motion in them.

The first real sign of trouble with the LE42K0D7D occurs with some pretty obvious motion blurring during action scenes. This even remains a little with the 100Hz option switched on – especially as you can’t use the most potent 100Hz setting unless you want the picture to become bothered by obvious unwanted processing side effects.


Now we’ve spotted a first chink in the LE42K0D7D’s picture armour, a few more quickly come to light. Those bold colours, for instance, sometimes look rather peculiar in tone. Or perhaps a better way of looking at it would be to say that some colours look out of balance with the rest of the palette, especially if they involve shades of red or green. They also lack subtlety, looking one dimensional and cartoon-like. 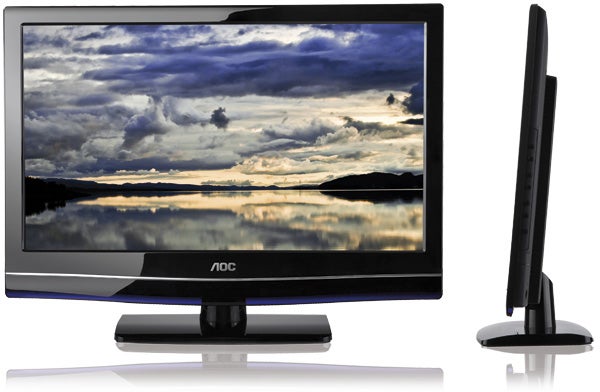 More trouble’s in store with standard definition pictures. For unless they’re of an extremely high quality in the first place – a good DVD, say – they tend to gain quite a bit of video noise in the process of being upscaled to the LE42K0D7D’s full HD pixel count.


What ultimately turns us slightly against the LE42K0D7D’s pictures though, is the thing we were most concerned about right at the start of this review: a patchy backlight. In other words, even with the set’s backlight setting toned down to a sensible level, all four corners of the image look markedly brighter than the rest of it during dark scenes. Inevitably, this distracts you – at times quite severely – from what you’re trying to watch.


Remembering that built-in subwoofer we noted earlier, we turned our attentions to the LE42K0D7D’s audio with high hopes. But if anything its sound is even more inconsistent than its pictures. For while there is at least a sniff more bass around than you get with most very slim TVs, that bass doesn’t integrate at all well with the rest of the soundstage. This is largely down to the extremely feeble efforts of the painfully underpowered main speakers.


We’d like nothing better than to be able to sing the praises of a relatively minor TV brand. After all, we’re firm believers that the more competition there is out there, the more the TV world is forced to innovate and keep aggressive with pricing. But ultimately, after flattering to deceive in the early stages of this review, the AOC LE42K0D7D just isn’t interesting or good enough to make it worth hunting one down.