If you don’t have £1,700 spare for a new Retina Display MacBook Pro then don’t despair, there are simpler and cheaper ways of attaining even greater desktop real estate. Multi-monitor setups are on the rise, prices are falling and setup is minimal. Can AOC make waves in this burgeoning market?

Design
The ‘E2251FWU’ is AOC’s weapon of choice and it is a potentially powerful one. Unlike most of the competition, such as Lenovo’s ThinkVision LT1421, the E2251FWU is a desktop size 22in display with Full HD resolution. Moreover, like its typically smaller rivals, the E2251FWU is still powered solely by USB and it consumes only eight watts during standard operation. 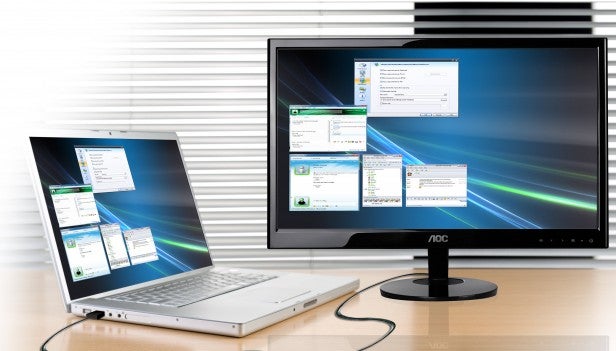 The picture is positive on paper and in reality the E2251FWU also makes a good first impression. The design is clean with relatively slim bezels on three sides, it is thin and there are two standing positions: 1. in a picture frame manner supported by an arm on the back and resting on its thicker bottom bezel, and 2. adding the optional stand to the rear arm to lift it to the same height as a standard desktop monitor. It is also fairly light at 2.45Kg (2.6Kg including the stand) and while the bezel is made of low grade plastic, there are no creaks and squeezes in the construction.

We do have complaints about the design though. In either standing position the E2251FWU cannot be adjusted. This is understandable without its base, but even when it is added there is no tilt, pivot or height adjustment and we found its position tilted too far forward for our liking. This won’t be an issue for laptop users who will use it flat, but for those hoping to line up the E2251FWU at the same height as their existing monitor it is frustrating – especially since it also does not support a portrait mode. 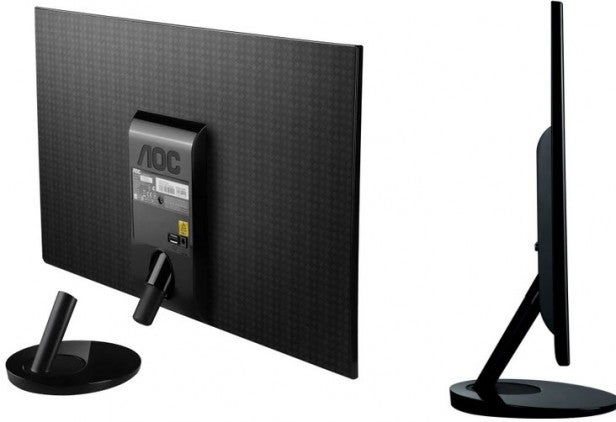 Features
On the plus side setup is a breeze. AOC uses DisplayLink‘s well established technology which means the monitor simply plugs into a PC or laptop, configures without the need for additional drivers and is ready to use. Being a 22in monitor the snag is it requires power from two USB ports. This isn’t a problem on a desktop, but if you have an ultraportable laptop it may mean sacrificing other regularly connected devices.

Still the reason this sacrifice may prove worthwhile is the E2251FWU has a Full HD 1920 x 1080 pixel resolution with LED backlighting, a decent 800:1 contrast ratio and 5ms response time which should make it suitable for most tasks. Given the E2251FWU’s lean power requirements it shouldn’t come as a surprise that it is Energy Star 5.0 compliant and earns an EPEAT silver rating.

Performance
So what of the actual performance? Like every USB powered monitor we’ve seen the E2251FWU uses a TN panel so it doesn’t have the excellent colour accuracy or wide viewing angles of IPS displays. In fairness to AOC horizontal viewing angles are excellent, but it suffers vertically with colours distorting noticeably when viewed from below. Again this is where the ability to tilt the monitor would have come in particularly useful. 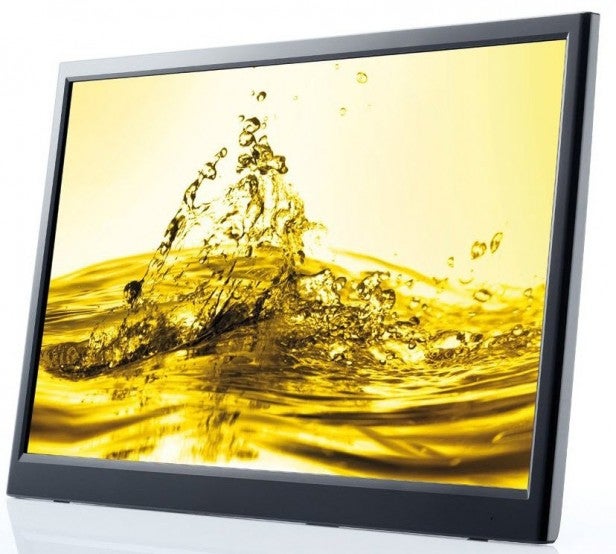 Making up for this is the crispness of the display with text looking sharp and the 5ms response time just about holds up to most video content. Where we found it did suffer is gaming with first person shooters occasionally falling victim to ghosting. As such gamers should stay away and without native monitor adjustment so will photographers, but a life spent predominantly on the desktop and in the web browser won’t cause it any problems. Ultimately for such a large screen powered entirely by USB the results are impressive.

Value
Of course the important aspect to this sentence is ‘by USB’ because with a £123 RRP the E2251FWU is virtually the same price as entry level 22in IPS desktop monitors – such as AOC’s own i2353Fh which has far superior performance, weighs the same and is better built. In this scenario is an additional power cable really such a burden? 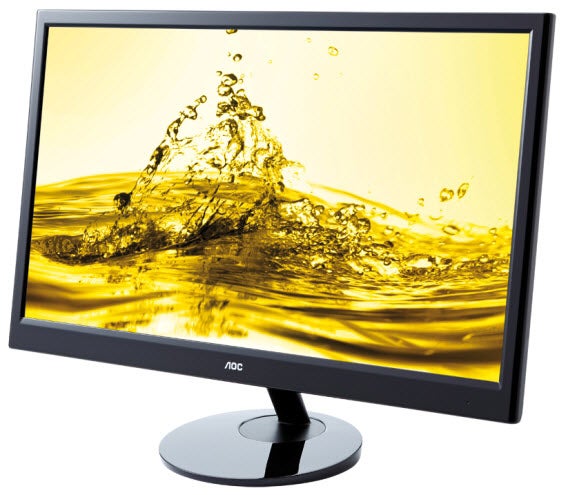 Ultimately then it is hard to make a definitive judgement on the E2251FWU. Unquestionably there should be greater adjustability, particularly when on its stand, but as a large Full HD display powered entirely over USB its performance is admirable. The trouble is the E2251FWU fills a very niche space: users who want to regularly move around a 22in monitor, but find a superior monitor of the same weight and price too much to stomach because of a power cable. Until someone makes a 22in USB monitor with an IPS panel we’d suggest everyone else keep their money in their pocket.

Verdict
Powering a 22in Full HD monitor entirely over USB is an impressive technical achievement, but it isn’t very practical. The E2251FWU weighs and costs just as much as more impressive IPS desktop monitors, but its TN panel and low response time means its performance cannot compete. The E2251FWU will find a niche audience with those who need to carry around a large panel, but for the majority who are more likely to permanently moor it beside a desktop or laptop a more conventional display makes more sense.