Following the release of its stunning i2353Fh, AOC appears to have hit a hot streak, but there is no easier way to push your luck than to release a display touting 3D…

Ignoring the warning signs is the ‘d2357Ph’, a 23in ‘Full HD’ 1920 x 1080 pixel monitor announced just last week. AOC has chosen to go down the passive 3D route and supplies both a pair of passive 3D glasses and clip on lenses for those already wearing their own prescription spectacles. 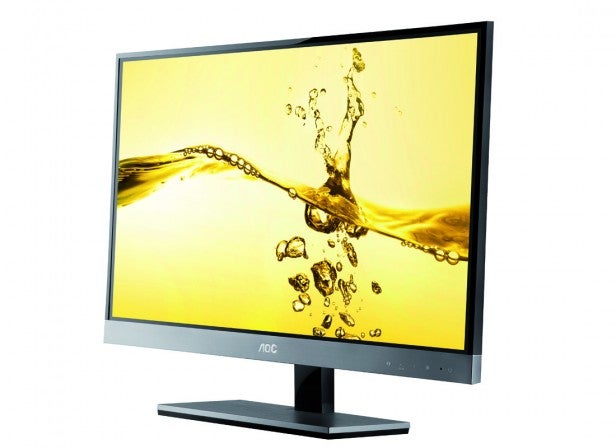 First things first, however, because taking the d2357Ph out of its box delivers an immediate sense of déjà vu. Not only is the model number very similar to the i2353Fh, but it has also come from the same, waifish, minimalist design school as its predecessor. This is a good thing and the d2357Ph improves upon it further by using matching build materials along with a consistent pseudo brushed aluminium finish. The panel itself is also similarly thin at just 10.6mm while the ‘frameless’ bezel measures a mere 5.8mm on three sides.

Where the d2357Ph branches off in a new direction is the stand. The i2353Fh put its connectivity in the base which could also fold up to become a VESA wall mount, but the d2357Ph has a different trick. Impressive connectivity (dual HDMI, VGA and headphone jacks plus an audio out) is located on the rear of the monitor (which widens base of the panel to 38mm) and the stand itself comes in two parts. Cleverly the neck can support the monitor on its own to create a flush, picture frame-esque look while a more traditional arrangement exists when clipped into its base. The d2357Ph feels secure in either position, though we expect the latter to be more useful to most people. 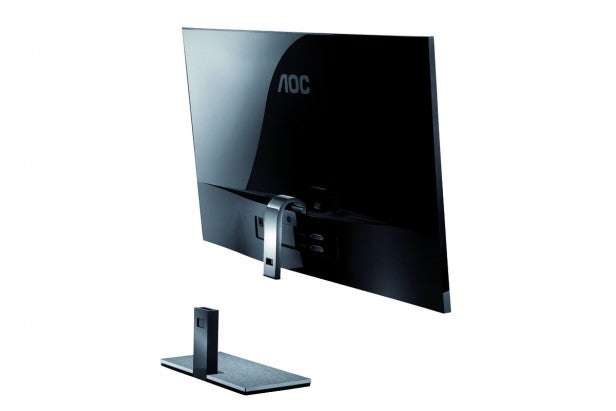 The compromise for this adaptability is that the d2357Ph sacrifices adjustability. There is no pivot or incremental height adjustment, though tilt is – as always – on offer. Whether this trade-off is worth it will come down to individual circumstance, but it is a brave differential which will likely lose as many fans as it wins.

So what of the 23in panel itself? LED backlit and Full HD are essentially defaults these days, but AOC hopes to win friends and influence people with a fast 2ms grey-to-grey response time, showboating 20,000,000:1 dynamic (1000:1 static) claimed contrast ratio and 170 degree horizontal and 160 degree vertical viewing angles. As you might have guessed from the fast response time, we’re not dealing with an ultra wide angle, colour accurate IPS panel in the i2353Fh, but viewing anglesshould be wide enough for most and the quicker response time will win the attention of gamers.

So how does this play out? Let’s face it, regardless of how much appeal 3D has for you, far more time will be spent in good old fashioned 2D and here the d2357Ph is very solid. What is apparent is the TN panel inherently lacks the superb colour accuracy of an IPS display and while viewing angles are wide at extreme angles there is distortion of colour and contrast. These factors will matter particularly to amateur photographers and designers, but less demanding users should be happy. 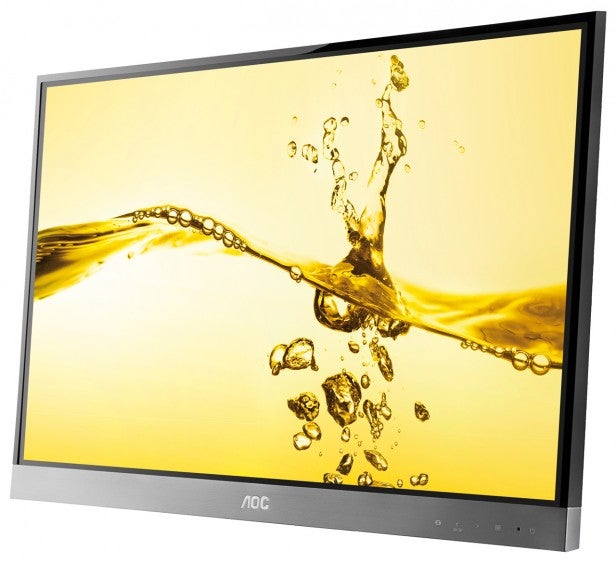 Furthermore those moving to an LED backlit monitor for the first time will notice the d2357Ph has commendably even lighting and there is no light bleeding at the corners – a telltale sign in many cheaper displays. In its default setting we found the contrast somewhat washed out, but the OSD is simple and a quick adjustment brings it into line. The OSD also gives access to brightness, gamma and RGB with a small supplied software program duplicating this functionality for those preferring to make changes with a mouse.

A notable strong point of the d2357Ph is the response time and we had no trouble with motion blur either in movies or when gaming. This can be a weak spot of the otherwise superior IPS panels, even though the i2353Fh passed with flying colours. From a superficial standpoint one thing that does have us scratching our heads, however, is AOC’s decision not to extend the panel to the corners of the bezel (visible even on the left side of the press shot below). The panel still measures a full 23 inches diagonally, but it means the distance from the edge to the panel is actually 13mm and this defeats the point of a super slim bezel. 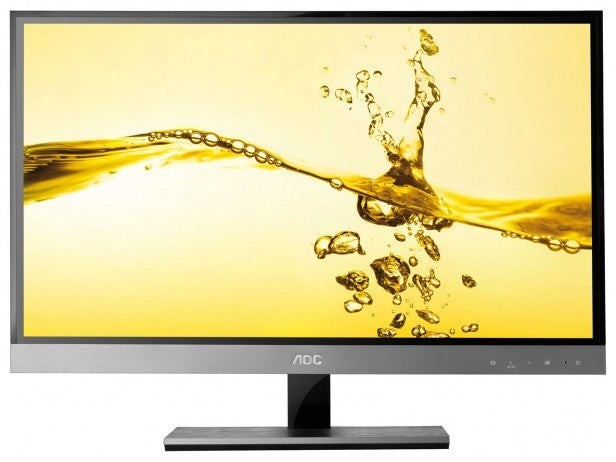 So what of the 3D? Here things are more mixed. Using passive 3D as opposed to active 3D is a key decision because it keeps both the cost of the monitor and the supplied glasses down, but it also doesn’t provide the same picture depth and the images are not as sharp even with high definition 3D test material. This degrades further with the monitor’s ability to convert 2D to 3D and is therefore something we’d avoid. Another shortcoming is the ‘sweet spot’ for 3D is narrow and you need to be sat directly in front of the monitor, 50cm to 100cm from the screen.

Does this make 3D a novelty feature? It depends on how much you will use it. In its sweet spot the d2357Ph does provide immersive pictures that leap out of the screen, and passive 3D makes replacing broken glasses or buying more very cheap, but the limitations are clear.

There is also a further problem in that filter film used in passive 3D dims the brightness in 2D. AOC doesn’t quote a brightness figure for the d5357Ph and while it isn’t overly noticeable it is again a small compromise compared to dedicated 2D models.

Consequently cost becomes a big factor and with an RRP of just £205 and backed up by a three year warranty AOC has certainly made the d2357PH one of the cheapest and most stylish 3D monitors on the market. There is a lot to the bundle too because AOC includes HDMI, VGA and 3.5mm audio cables and there are even tiny integrated 2x 2W speakers which, while tinny, are good enough for audiobooks or podcasts. 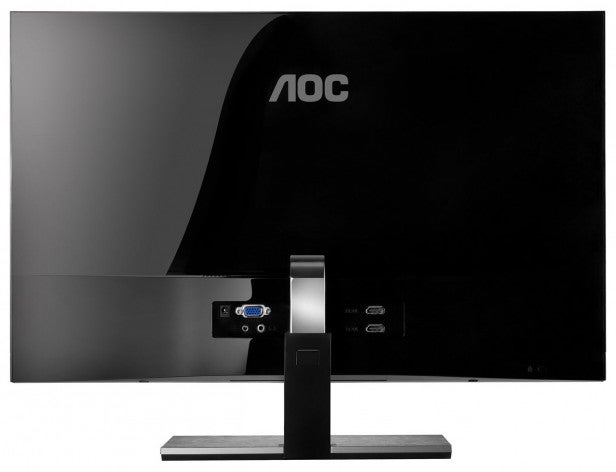 That said 3D remains the problem. Remove it and you will find specialists like the aforementioned i2353Fh which has undisputedly superior 2D, even slimmer dimensions and costs £65 less (almost 30 per cent). As such, ‘good for a 3D monitor’ is still relative praise.

”’Verdict”’
If you’re after a budget 3D monitor, the AOC d2357Ph breaks new ground in design and price, while its passive 3D implementation means glasses are incredibly cheap. However, the 3D performance isn’t on a level with active solutions and darkens the panel slightly even in 2D – and with higher-quality IPS-based ‘pure 2D’ monitors available from the same manufacturer, you have to really want that third dimension.