The AOC AG271QG is a 27-inch gaming monitor that packs in a host of premium features. Its IPS LCD panel provides great image quality, has an ideal 2560 x 1440 resolution, it can refresh at up to 165Hz, has a 4ms response time and includes Nvidia’s G-Sync technology.

It’s a feature list that could add up to it being among the best gaming monitors you can buy and puts it in direct rivalry with the hugely popular Asus PG279Q and Acer XB271HU. With an asking price of around £650 it’s by no means cheap, but in the world of gaming screens that now cost in excess of £1000, it’s actually quite a tempting price point.

Unlike most monitor manufacturers, AOC’s gaming monitors have a consistent design across its range. As such, at a glance it’s near impossible to tell the difference between them. Certainly that’s the case with the AG271QG and the Freesync-touting AG271FZ.

The common traits include a solid metal stand, a black frame with a slight faux brushed metal affect to the bottom bezel, and a matt black plastic rear with a large V-shaped red plastic panel running across it.

Altogether it looks reasonably smart, particularly thanks to the quality stand, though the touches of red, the faux metal and the lack of a low-profile bezel means it doesn’t quite have the designer feel of the likes of the Dell S1716DG or Asus PG279Q. AOC is still fairly new to the gaming market, and this inexperience shows just a little. It’s certainly well put together, though, with its sturdy stand and frame giving everything a reassuring solidity. The stand also offers smooth and accurate adjustments for when you want to shift around in your chair without losing screen definition.

In terms of features, the stand offers height, tilt, rotation and pivot adjustment, so you can twist and turn the display any which way you like. The stand even has a movable dial on it so you can ensure you always reset your display to the right height.

The stand is screwed in place and can be removed so that an alternative 100x100mm VESA-compatible mount can be used instead.

On the back of the display there are a few extra features. A headphone stand flips down from the right hand side and below it are a pair of 3.5mm audio jacks alongside a couple of USB 3.0 ports, one of which offers standby power. This means the port can deliver power to your devices, such as a phone, even while the monitor is turned off 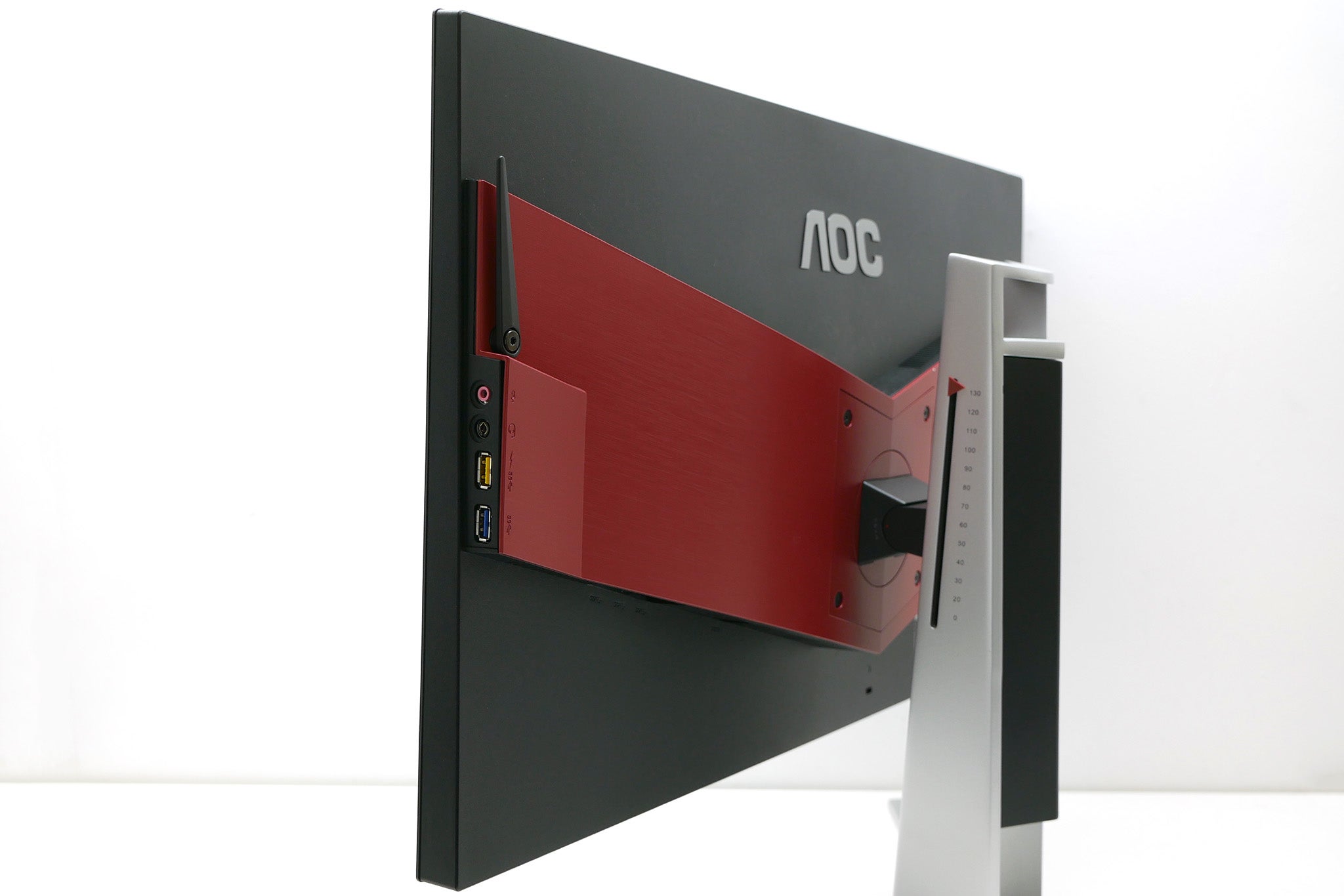 The rest of the ports are on the underside of the red panel. On the right, as you face the rear of the display, are the video inputs (DisplayPort and HDMI) and microphone passthrough (audio for the headphone output comes from the video inputs) while the left is home to the power socket, two more USB ports and the USB hub’s input. Like most G-Sync monitors, the display uses an external power brick so you’ll need to find room that somewhere under your desk.

Round the front are the markers for the on-screen display (OSD) controls, which don’t do the styling any favours, though they’re a common enough eyesore. The controls themselves are regular buttons, rather than touch buttons, that sit on the underside of the frame.

The display arrives with the stand not attached, and it uses screws to come together, so make sure you’re got a Philips screwdriver handy. Otherwise, thanks to the excellent adjustable stand, the display is easy to get plugged in and positioned as you like.

Less appealing when it comes to setting up this display is tackling its menu system. The main problem is that there are buttons for Back, Left, Right and Menu, which work perfectly logically whenever you’re moving left and right in the menus. However, when moving through vertical lists – which make up most of the options – the Left and Right buttons work the opposite way round to what you’d expect, moving up with taps of the Right button and down with taps of the left. It also doesn’t help that the menus are decidedly ugly. 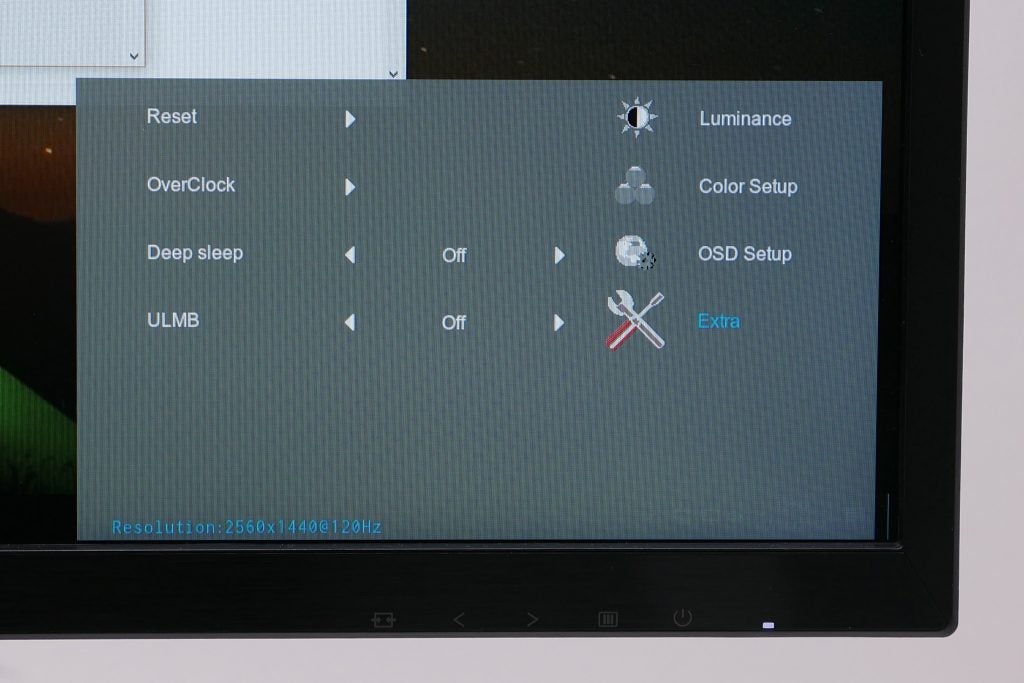 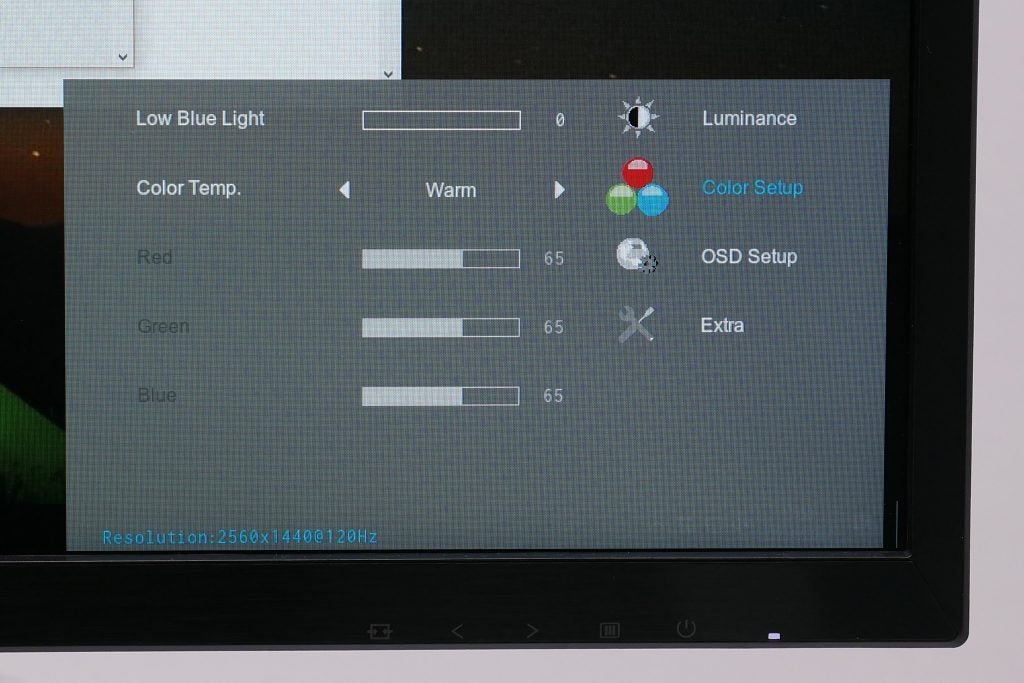 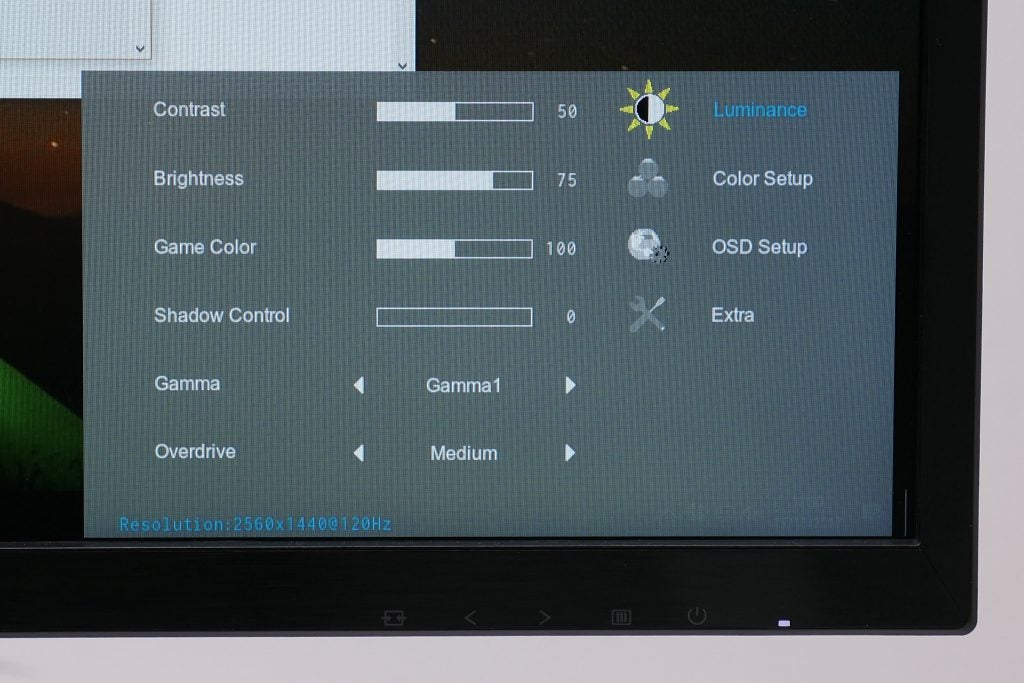 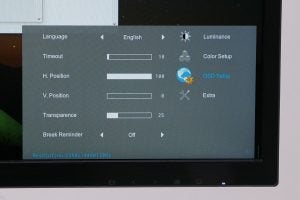 I’d have liked to have seen a better, joystick-controlled menu experience as is common on premium monitors.

Ugliness aside, though, the menus themselves are logically laid out and offer a good selection of options. All the requisite colour adjustment settings are available while for gaming you can fine tune the overdrive setting, turn on ultra-low motion blur (ULMB) and overclock the display.

The latter is what unlocks the display’s refresh rate, pushing it from a default maximum of 144Hz to 165Hz. Meanwhile ULMB is Nvidia’s excellent backlight-strobing motion blur-reducing technology. Turn this on and you can no longer use G-Sync.