The short version is that this monitor provides a great quality image. It’s reasonably sharp, colours have punch but remain largely accurate, and viewing angles are good. 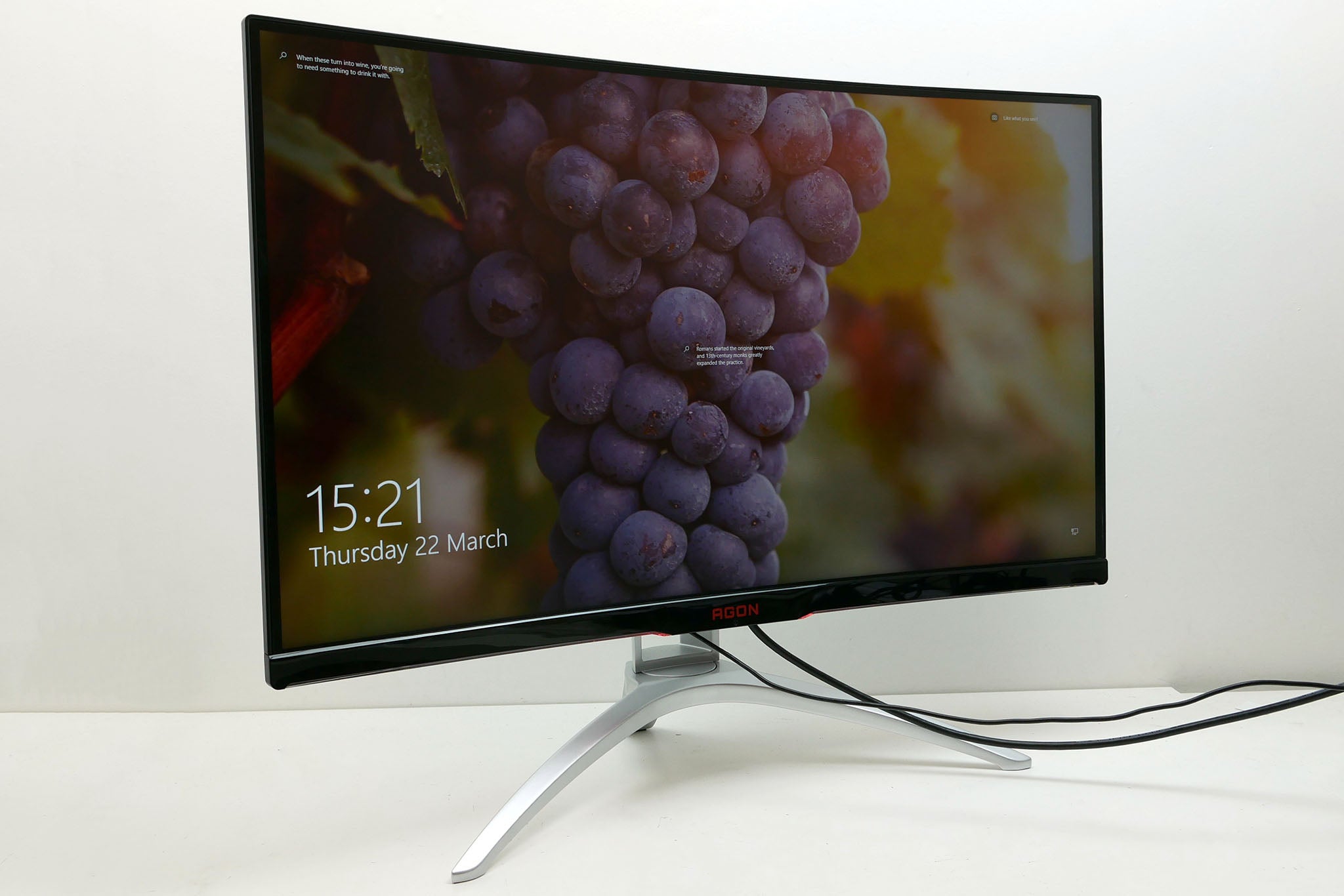 Viewed from higher up the display looks greyer, while from below it looks a bit dark. Looking straight on it finds a good middle-ground, but depending on how close you sit, there can be a noticeable change from the bottom of the screen to the top because of the change in angle to your eyes.

For most use it isn’t noticeable, but for darker scenes in movies or games it will become apparent.

As for the sharpness of the screen, with a resolution of 2560 x 1440 pixels on a 31.5-inch panel, the pixel density is a middling 95ppi. Around 100-110ppi is what we consider makes for a sharp, non-pixellated screen when viewed from a normal distance of 50cm – so the AOC falls just a smidgen below that. However, it’s still comfortably above the 80ppi of screens such as the AOC G2790PX, which to our minds look too stretched and pixellated. 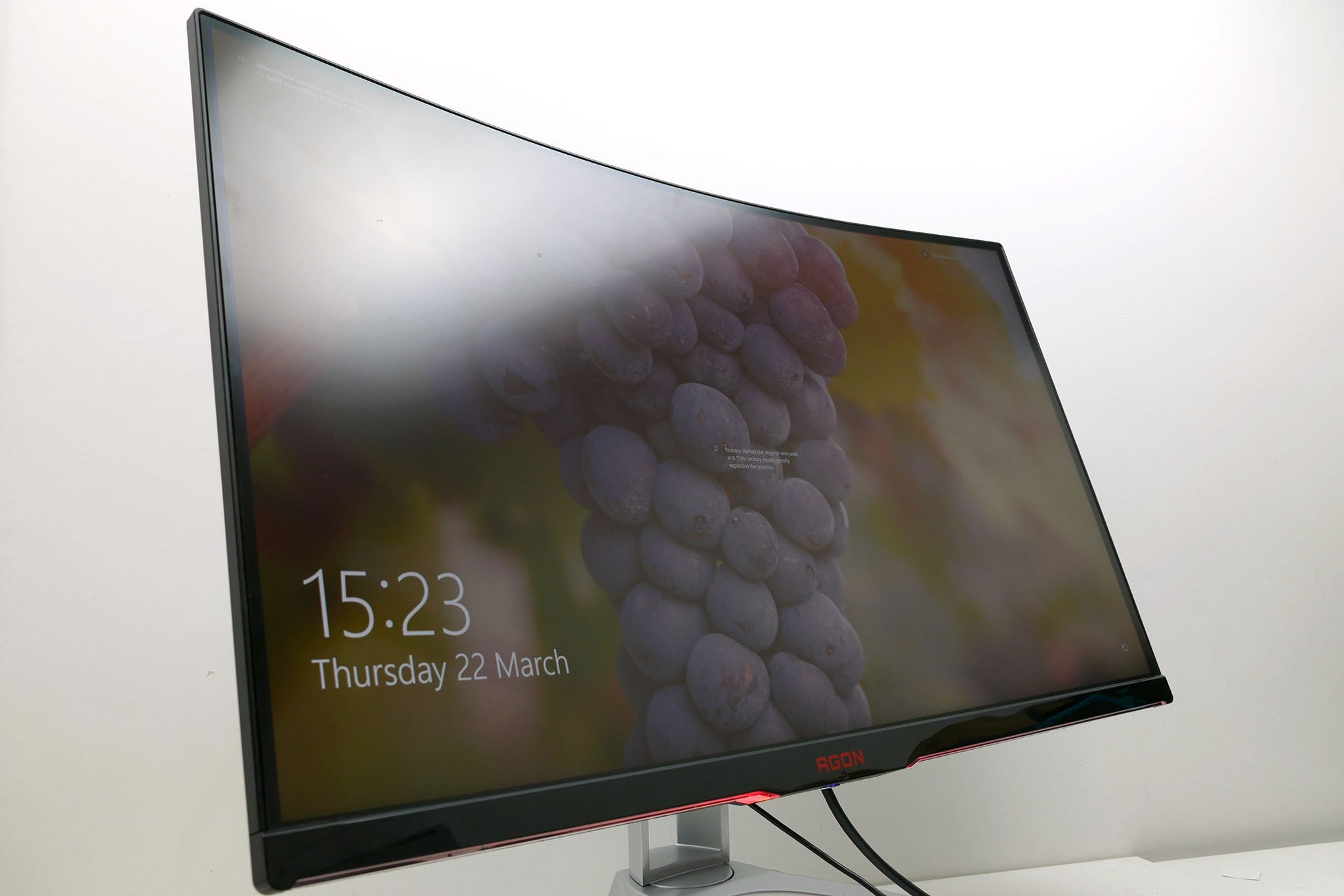 As for the overall colour reproduction of the display, it’s largely very good. Most notable is the super-high contrast figure of 2500:1 – that’s 2.5 times higher than typical TN or IPS monitors. This is thanks to the particularly low black levels that VA LCD panels can produce, and makes for an image that displays real depth and is particularly good for watching video.

This screen can also produce accurate, vivid colours. In fact, its colours are a teeny bit too vivid. This panel actually stretches about 10% further than it should beyond the standard sRGB colour space, making colours look a bit brighter than they’re technically supposed to.

As a result, the AOC isn’t ideal for content creation such as photo and video editing – but it’s fine for all other day-to-day use.

This is even more so the case as the display arrives well calibrated, with good colour balance and a reasonably accurate gamma level. In other words, colours may look a touch strong on occasion, but there’s no overarching tinge to the display and neither does it look too dark or too light.

In many ways, this display is fantastic for gaming. Its large screen size, 16:9 aspect ratio and slight curve make for a truly vision-filling display that’s compatible with nearly all games – unlike ultra-wide monitors.

The slightly stretched resolution also works well, particularly in more competitive games, since it makes it just that little bit easier to see those all-important fine details. Many of us with conventional 2560 x 1440 pixel 27-inch monitors tend to run games at 1080p to achieve this effect (as well as get a higher frame rate), whereas this display does it for you.

Where this display falls down is in response time. AOC claims it’s 4ms, and sure enough the display feels snappier than some VA monitors we’ve seen before. However, it still feels very sluggish compared to a 1ms TN monitor.

Cranking up the Overdrive setting to Strong greatly improves matters – reducing image trailing quite considerably – but it’s still a noticeable difference. Fast refresh rate IPS and TN monitors both still have an advantage over VA in this regard. 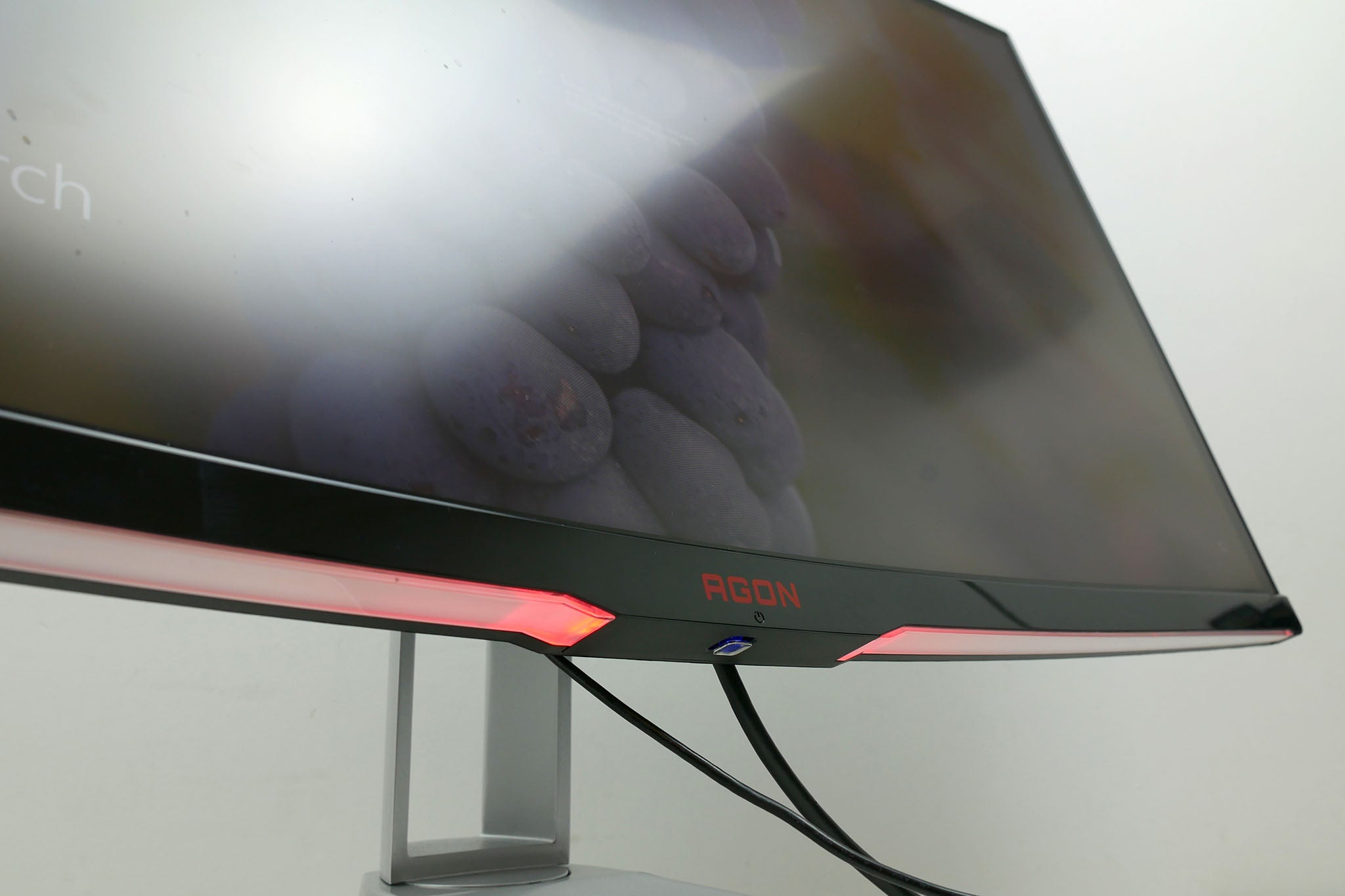 This is a great jack-of-all-trades monitor. Its large size, curved screen, decent resolution, fast refresh rate and good overall image quality mean it can hold its own whatever you throw at it. It also offers exceptional value considering everything it packs in.

It has the resolution and colour accuracy needed for general use and work. Its fast refresh rate, FreeSync and generous display size work well for gaming. Plus its high contrast means it’s superb for sitting back and watching video.

As such, it just depends where your priorities lie. If you’re more concerned with productivity and gaming – and aren’t fussed about having a slightly smaller screen – then a monitor such as the Acer XF270HU will be a better bet. Meanwhile, for pure gaming performance the AOC AG271QX is what you want.

If watching video on a bigger screen is priority number one, though, then the AG322QCX should be right at the top of your list.

A great all-rounder of a screen at a great price.