When I built my first computer, the case was the last thing on the list. My budget was quite tight, and I’d have sooner spent my cash on a slightly better motherboard than a case. In the end, I got a blow-out deal, slightly damaged case for a mere £20.


The case I bought was rattly, ugly, sharp and a pain to work with. However, once I’d built the PC, it sat under my desk and it’s frame rates spoke louder than it’s looks. Nowadays, you can find a huge selection of budget cases for around £15, and they don’t look too bad either. So why spend any more?


For many people, their PC is in pieces more often than it’s together. A well designed case can make your life a lot easier. Rounded edges, pull out motherboard trays, screwless designs, and decent ventilation from day one. On top of that, you can have a PC that you actually want people to see, instead of hiding it under your desk.


The first time I saw a picture of this case, I just knew I had to look at it. Not only does it look great, but the 200mm case fan instantly gave an impression of quality. 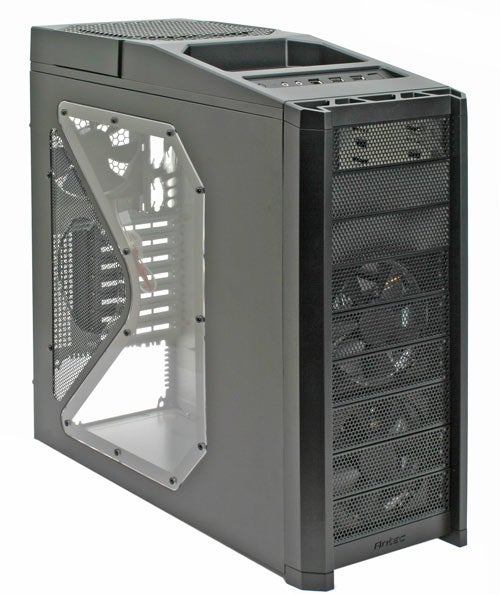 The case has an industrial feel that reminds me somewhat of the early Cooler Master Stacker. No silly doors to annoy, but nine grilled blanking plates. The top plate is obviously designed for an optical drive, while the two below are covered in acoustic dampening, but if removed, you can fit another two optical drives. 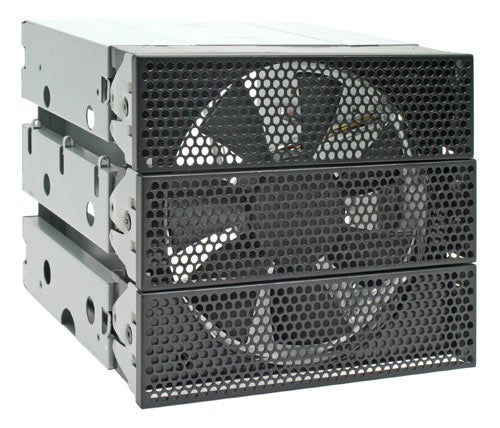 Below that, are two modules that take up three bays each. These are designed for fitting hard drives, each with a 120mm fan in situ to take advantage of the grilled blanking plates. These fans, just like the others in the case, have three speed settings (low, medium, high). On high, these are actually fairly noisy, but do bring in quite a bit of air. They are also lit by blue LEDs.


Although these modules and the side panels are removed with thumb screws, everything else in this case uses traditional screw systems. 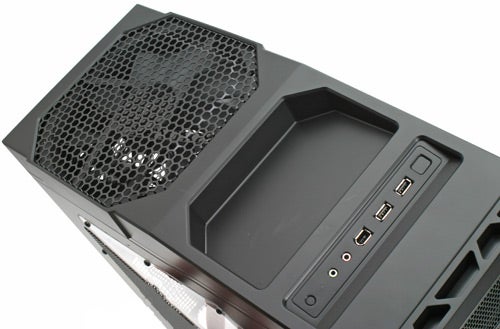 The 200mm fan is pretty impressive, and runs amazingly quietly – even at its highest setting. I was a little disappointed at how little air it pushed though – I really was expecting it to push a lot more. But then just having an opening at the top of the case does a lot to help remove heat as it will naturally rise in that direction.


To help keep the weight down, the top portion of the case is constructed from black plastic. Antec has put a little cubby hole in place (no, not that sort) where you can keep those little knick-knacks that end up lying around your desk – paper clips, coins, screws, bits of blue tack and of course, jelly beans. Below that is a six-pin FireWire port, headphone and microphone sockets, and two USB 2.0 ports. This has been designed for sitting under your desk, as the height is perfect.


The reset switch is hard to press as it is small and flush to the case (as it should be), while the power switch is the perfect size for your index finger. 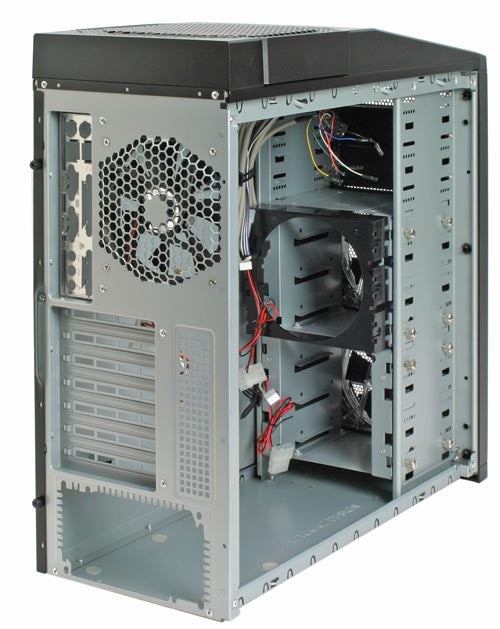 In order to fit the 200mm case fan, Antec has had to shift things around a little, and in a BTX-esque style, they have moved the power supply to the bottom of the case. Some power supplies put the fan at the top of the PSU and others on the bottom. In case you happen to be unlucky, Antec has put screw mountings for both orientations. 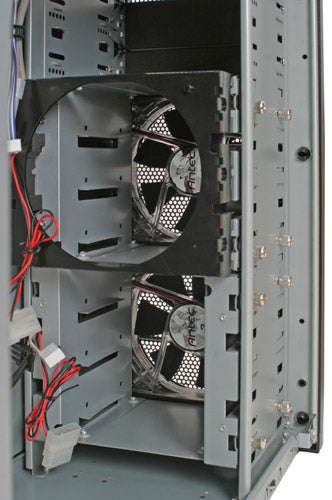 At the rear of the case, is another 120mm fan. You’ll even notice room for a 120mm fan in the primary hard drive mount cage, and yet another on the side panel. Quite frankly, I think that would be overkill. As standard, this case has two 120mm fans at the front, one 120mm at the rear, a 200mm at the top – and that excludes the power supply. That’s a lot of air being shifted around. 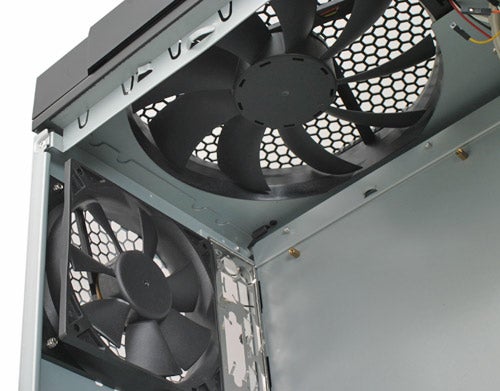 All of these fans have three settings. Instead of having one or two fans running at a high speed, having all these fans at a lower speed means less noise and just as much air flow.


The main chassis is built from steel, but it’s still quite light because of its minimalistic construction and plastic top. There is lots of room inside, but there are no useful features, like screwless expansion brackets, drive bays, or a removal motherboard tray.


This is a top knotch case that has found its way to the top of my personal choice list. It doesn’t have the size or build quality of the Cooler Master Stacker 830, which is quite frankly in another league. But it’s functional, good looking, well made, well laid out and offers great ventilation straight out of the box at an affordable £75.19.