It really needs a network video recorder to get the most out of it, but with the right kit behind it, the Annke NC800 is an excellent outdoor camera. Shooting at 4K and working at near-pitch-black, this camera shoots some of the best footage that we’ve ever seen.

If there’s one thing that security cameras aren’t always very good at, it’s shooting video at night. The Annke NC800 (Night Chroma) camera is designed to fix that, shooting full colour with very little light, and using a spotlight to further boost its capabilities. Amazing quality video at a resolution of 4K makes this model stand out, but it’s a little fiddly to set up and ideally needs to work with a designated video recorder.

The Annke NC800 is a very large outdoor security camera (79 x 79 x 215mm). It’s built into a metal case, so has a rugged feel to it. It needs to be mounted onto wall using the attached bracket. This gives plenty of movement, so you can point the camera wherever you want. Adjusting the camera does mean undoing two different Torx screws, both in a different size.

There’s no Wi-Fi on this model, so you need to use Ethernet instead. Fortunately, Power over Ethernet (PoE) is supported, so you can run power and data down the same cable. You will need to provide your own PoE injector, as none is provided in the box.

Once connected to your home network, the camera takes on a default IP address, so you need to use the utility (available as a download or, like it’s 2001, on a mini CD in the box). This finds the unconfigured camera and lets you join it to your network, plus set a username and password.

Once on your home network, you can connect to the camera’s web-based management page to control the camera. From here, you can view the live stream (although not in Chrome, as this browser insists on trying to install a plug-in) and configure some of the options.

With a microSD card slot on this camera, you can install local storage for recording and use the camera offline. Via the web interface, you can set up motion detection, including activity zones.

There’s also the option to only pick up humans or vehicles, using the on-camera detection. That’s similar to the range of features on the Arlo Ultra.

It’s worth setting how and when the spotlight will work, too.

With these defaults, you get basic recording, but will need to check your email for notifications and use the basic web interface to view clips. Annke does have a mobile app, but it’s not particularly good.

Instead, this camera is better used with a recorder. Annke has its own Network Video Recorders, but this camera also supports ONVIF, so can be used with third-party options. I used the Synology Surveillance Station, free for anyone with a Synology NAS.

Synology doesn’t have an entry for Annke, but installing the camera as a generic HIKVISION model works: you just have to enter the IP address of the camera, plus your username and password.

Synology Surveillance Station needs some configuration to work properly, including setting up the available streams. The Primary Stream should be set to 4K at 20fps, the Second Stream should be left as the default low-resolution option. Dual streams mean that you can view the high-quality version when on your local network, but use the low resolution option when you’re on a mobile connection.

Effectively, what this does is tell the camera to notify Surveillance Station when there’s motion, and then the recording is saved to your NAS, effectively giving you a huge amount of storage.

Thanks to Synology QuickConnect, you can connect to your camera when you’re out and about, and use the mobile app. This app isn’t quite as fully-featured as the competition, such as Ring or Nest, but it gets the basics right: you get motion alerts, and can see the live stream.

As an alternative to having to pay for cloud storage the combination of Annke controls and Synology Surveillance Station prove to be powerful.

With its 124-degree (diagonal) field of view, the Annke NC800 has a slightly narrower field of view than many outdoor cameras. It’s still enough to capture a good amount of your outside, but position your camera carefully to make sure you can view the area you want.

Video quality from this camera is exceptional, with the camera shooting at a 4K resolution and 20fps. In fact, video quality is the best that I’ve seen, hands-down. During the day, the camera shoots with a huge amount of detail, excellent colours and spot-on exposure. As you can see from the still image below, the result looks more like a still photo than a grab from a video.

At night, the f/1.0 lens shows its magic. Without the front spotlight on, the camera makes the night sky look like day. Detail at night is hugely impressive, with the camera able to capture video in full colour, maintaining a level of sharpness that I’ve not seen from other cameras.

Motion is a little blurrier than during the day, as you can see from the screenshot below. However, the video still retains far more detail than with any other camera that I’ve reviewed.

If you’re willing to put a bit of time into the configuration, then the NC800 brings you incredible video quality at a great price.

If you want a simpler solution with a cleaner and easier to use the app, then this isn’t the camera for you.

The Annke NC800 isn’t quite an out-of-the-box product. If you want simpler control and cloud storage, then I’d go with something else on my list of the best outdoor cameras, choosing from Arlo, Ring or Nest.

If you do have a storage system that you can use, such as a Synology NAS, then the NC800 will bring you some of the best security footage that you get. Overall, slightly more hassle and a bit of a clunkier interface are prices worth paying for the video quality on offer. 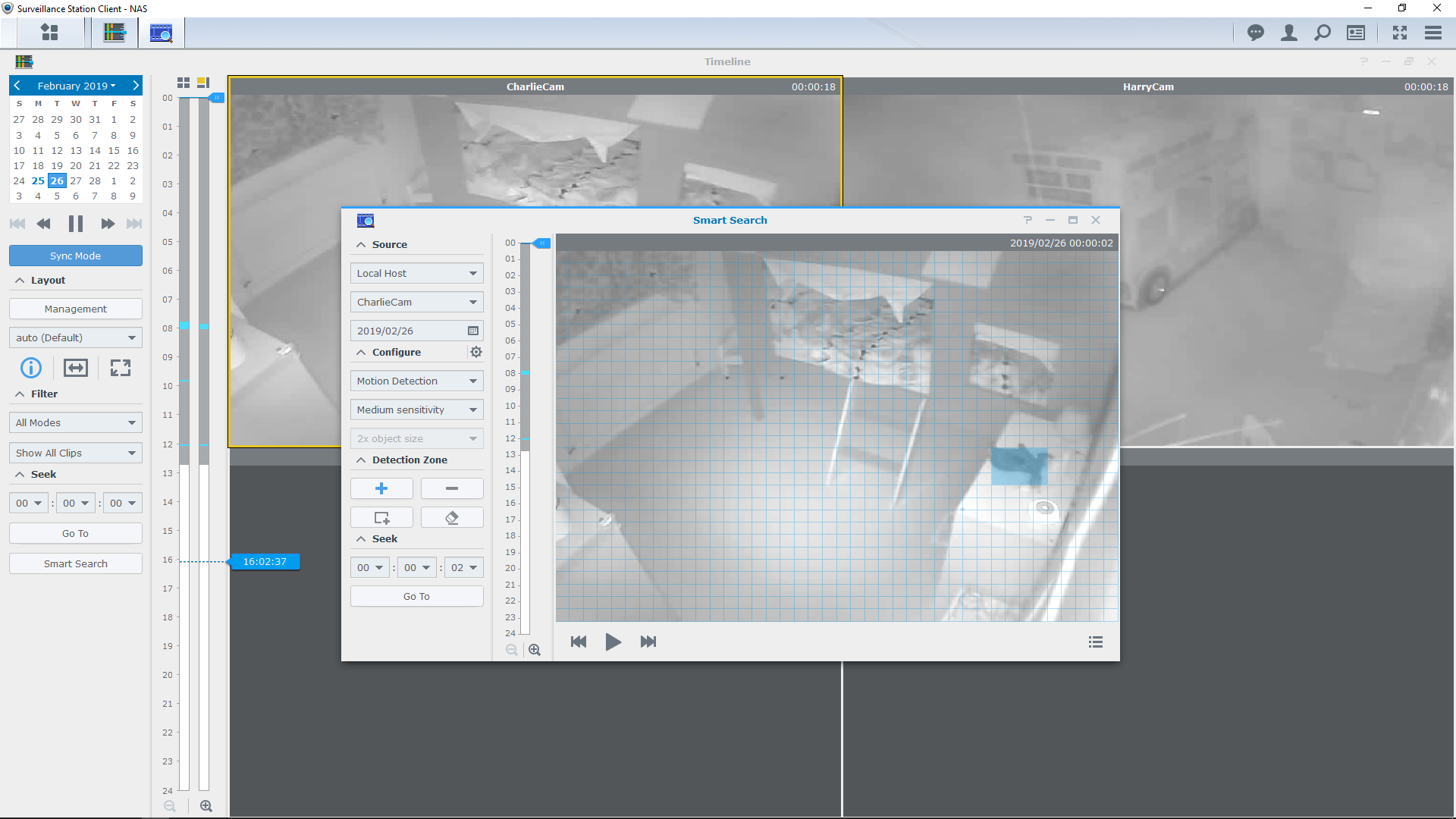 How to use Synology Surveillance Station to monitor your security cameras

How does the Annke NC800 see at night?

Its wide aperture lens lets a lot of light in, so even with minimal lighting outside the camera can shoot full-colour video.

Can you use the Annke NC800 as a standalone camera with a storage server?

Yes you can, although the app is rather basic.