A massive battery in a box, the Anker PowerHouse II 400 provides enough power and output to run everything from phones to portable fridges on the move. If you regularly go to places that don’t have mains sockets, then this handy tool lets you get the power you need where you need it.

Better weather means more time outside, whether it’s in the park, on the beach or out camping. All scenarios have a common issue: what do you do about power? Regular USB portable charges can keep your phone topped up, but they can’t handle anything bigger. That’s where the Anker PowerHouse II 400 steps in.

This huge battery has all of the USB ports you’d expect, plus a car socket and a regular UK AC outlet, so you can plug in pretty much anything. It isn’t the cheapest device you’ll ever buy, but if you spend a lot of time outdoors, it’s excellent.

From the outside, the Anker PowerHouse II 400 looks a bit like a smart digital radio, with its chunky handle and mid-sized body (148 x 255 x 139mm). Pick it up and the weight (4.62kg) tells you that this is something different.

The reason that the Anker PowerHouse II 400 is so heavy is because it has an absolutely huge battery inside it: 388.8Wh to be exact.

Now, anyone can stick a battery in a box and call it a job done, but it’s the intelligence and options that make this particular unit stand out from the crowd.

First, you need to charge the battery. Anker provides a 65W PSU in the box, which plugs into the DC-In port on the front. As the battery starts to charge, the LCD lights up to display the current charge level and the time remaining to 100%.

With the supplied PSU, from flat to full takes around five hours. If you need it faster, you can use a 60W USB-C adapter, plugging this into the USB port on the front. That almost doubles the charge speed.

In terms of outputs, there are three USB-A outputs (36W max) and the USB-C port can also be used as a 60W output: that’s the same power as a MacBook Pro’s supplied adaptor.

It’s the two outlets on either side of the USB ports that are really different: a car socket (12V) and a regular UK AC power outlet. The standard power socket is rated at up to 300W, with the PowerHouse shutting down if you attempt to plug in anything more than this. Still, 300W is enough to power a mini-fridge, such as the Russell Hobbs Scandi, a TV or a laptop charger.

Plugging anything in lights up the display and shows you the current battery charge and the runtime remaining, so you can see exactly how long you can use your devices. When you’re done, you can use the individual power buttons to toggle each section (car, USB and AC).

For utility, there’s also a flashlight on one side, and a more gentle strip light at the back. While the Anker PowerHouse II 400 is quite heavy, I had no problem using it as a torch for walking around a campsite at night. And, the rear light is very helpful if you’re trying to set things up in the dark.

My one minor complaint is that the buttons to turn the lights on are black and they’re quite hard to find by touch alone when it’s dark.

If you think that 388.8Wh sounds like a lot of power, you’d be right. Based on average figures, you can get around five laptop charges, 23 phone charges, six hours of a mini-fridge and up to 30 hours out of a wireless router. Actual power draw and your specific devices will affect this.

To test my Anker PowerHouse II 400, I took it on a camping trip. First, I used it with a small pump to blow up an air mattress: on a full charge, I’d have got around three hours of constant pump usage. More conveniently, it meant that I could inflate my mattresses where I needed them (in the tent), rather than at the car or central building.

In terms of charging phones, there’s nothing to worry about. Even with a family of four, there’s enough power to get you through a weekend and beyond.

Next, I decided to give the Anker PowerHouse II 400 a bigger test, and set up an outdoor cinema using an XGIMI Horizon projector. This projector is brighter and louder than most portable models and doesn’t have its own battery.

Running the projector, a 4G modem and an Amazon Fire TV Stick 4K, I had sufficient power to last for 2hrs 40mins – more than enough for your average film. That’s super-impressive, since it meant that I could take my projector anywhere I wanted it, rather than being stuck with a traditional outdoor cinema setup. 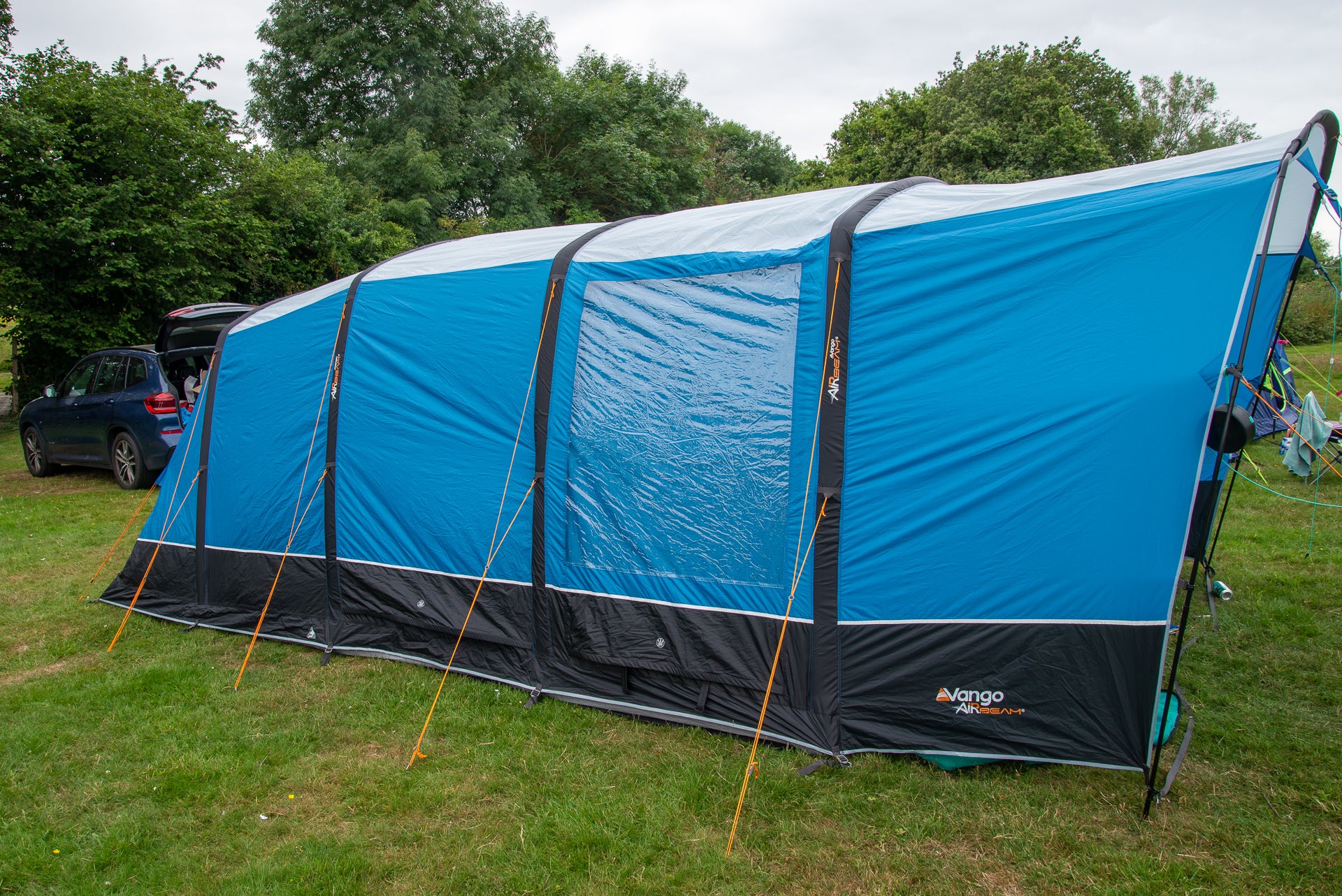 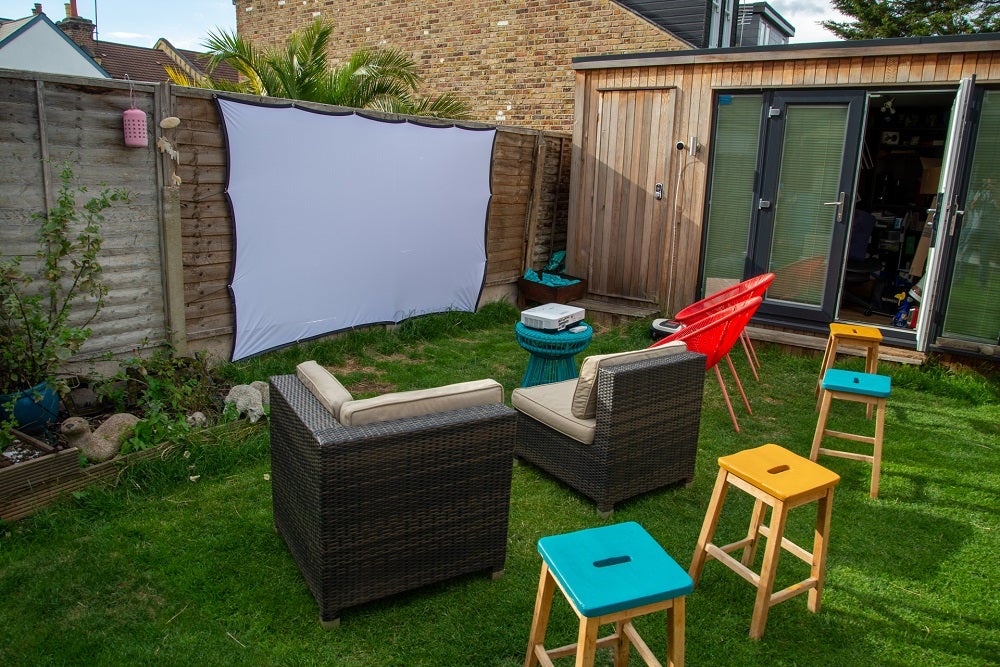 How to setup an outdoor cinema

If you regularly go places where you don’t have mains sockets, the Anker PowerHouse II 400 is a  great and flexible battery providing power where you need it.

The PowerHouse is overkill if you just want to charge USB-powered devices, such as phones and headphones.

Sure, this is just a big battery, but the range of ports and its smart display mean that there’s intelligence to how power is managed. If you tend to camp quite frequently, or spend a lot of time in places that don’t have mains power, the Anker PowerHouse II 400 gives you power where you need it.

How big is the battery in the Anker PowerHouse II 400?

It has a 388.8Wh battery, which is enough to charge your average phone 23 times.

Can you run anything from the AC outlet?

Anything up to 300W in power, so a mini-fridge – for example – is good, but a hair dryer will not run.