A step up from the previous model and other portable projectors that we’ve reviewed, the Anker Nebula Capsule Max is a way to take a big screen with you wherever you go. A little more brightness would be nice, as would a carry case, but these minor foibles aside, the Capsule Max is a fun way to get big-screen movies. Thanks to the excellent app and remote control, you can use the built-in Android apps to stream from your favourite services without having to carry another device around.

Portable projectors are a lot of fun, promising big-screen action wherever you can carry them. Most suffer from low resolutions, making the 720p Anker Nebula Capsule Max an interesting alternative if you want higher-quality video.

Powered by Android, this portable projector has built-in apps for streaming. A slightly fiddly interface can get in the way at times and the short battery life means it’s better when plugged in. Still, it’s the best-quality portable projector that Trusted Reviews has tested and can make for a good travelling companion when used in the right circumstances.

To a degree all portable projectors are small but the Nebula Capsule Max is tiny, standing just 15cm tall, with an 80mm diameter, the projector is smaller than most Bluetooth speakers. And, weighing just 737g, it’s also lighter than a lot of Bluetooth speakers, too.

While you could happily throw this speaker into a bag and carry it around everywhere, it’s a little disappointing that there’s no carry bag for it or even a built-in lens protector. Given that you’re likely to scratch the lens without either, it seems like an oversight to me.

Aside from that, the Capsule Max is very well designed. Finished off in a black mesh pattern, the projector is smart and attractive. The front houses the lens but also the autofocus sensor.

On top, you get touch controls including volume, cursor keys, select and back. They’re handy for quickly pausing what you’re watching, but the remote control or Nebula Connect mobile app are both easier to use.

At the rear, you get the power button, a button to enable Bluetooth speaker mode and the main ports: power, 3.5mm audio out, HDMI 1.4 and USB for connecting external storage.

Turn the projector upside down and you’ll find a tripod screw mount. This is very useful if you want to either raise the height of the projector, or you want a more stable base to place it, such as when you’re camping and there’s only uneven ground around.

You don’t necessarily have to plug anything into the projector as this model runs Android 8.1, giving you built-in apps once you’ve connected the projector to your Wi-Fi. There’s no Google Play store, but the Nebula store covers most of the basics, including Netflix and Prime Video. There’s currently no Disney Plus, which the rival BenQ GV1 has, although here you can at least plug in a laptop or media streamer and watch Disney Plus that way.

It’s nice to see the ExpressVPN app, too, which means you can change your location if you want to watch US content (or UK content if you happen to be abroad).

As all of these apps are designed to be used on a touchscreen device, not with a remote control. While BenQ largely lets you struggle along on the GV1, the Nebula Capsule Max is still fiddly at times but gives you a few control options, and it’s nice enough to pop up a warning telling you if an app doesn’t support the remote. First, you can use the remote in mouse mode, using the cursor keys to move a pointer.

Secondly, you can download the Nebula Connect app, which uses Bluetooth to control the projector. This gives you a touchpad for scrolling and selecting items (or you can use it in mouse pointer mode), plus you can use your phone’s keyboard to enter text.

Well, you can mostly do, as this system didn’t work when trying to enter my Prime Video username and password, although it worked in search. To log in, I had to use the controller in mouse mode and use the Prime Video app’s on-screen keyboard. The Nebula Connect keyboard did work properly when trying to log into Netflix, though.

Once in an app, control can be a bit fiddly, as the video players don’t support the remote control’s cursor keys; you have to select everything via Mouse mode on the remote or app. I prefer the app, as you can use the scroll mode to move quickly up and down lists. Even so, selecting something to watch takes longer than using, say, the smart TV equivalent app.

As the Nebula Capsule Max runs Android and uses the mobile apps, you get the advantage that you can download shows and movies from Amazon or Netflix. That’s really handy if you’re going somewhere without Wi-Fi, such as camping, or just want to use the projector at the bottom of the garden.

Although there’s an 8W speaker built into the projector, you don’t have to use this if it’s not loud enough and can hook up an external speaker using Bluetooth or the 3.5mm audio jack.

Nebula has built this projector to be one of convenience, so it will automatically adjust keystone and focus when you put it down. If it’s not quite right, you can hold down a button on the remote to redo the process, or just move the projector slightly.

There’s a fan inside to cool the projector: it’s loud enough to be heard when you’re not watching anything, but as soon as you have a film on, the fan’s whir is drowned out.

These are all fair trade-offs, but on the darker mode it means that you really need a darker room to watch in or you have to put up with a smaller picture.

As with all portable projectors, the Nebula Capsule Max isn’t that bright even on maximum brightness. You can watch a film during the day, but you either need to close some curtains or accept that you’ll have a image around the size of a large TV. You can only really go for the 100-inch option when it’s dark. That also means that if you want to watch films when you’re outside, you’ll also need to wait for night.

With a 1280 x 720 resolution, the Nebula Capsule Max is a step up from other portable projectors, and the image is noticeably sharper. It’s an important upgrade and the Capsule delivers that bit more information than its competition. And, at larger screen sizes, you tend to get engrossed in what you’re watching, particularly if you sit far enough back, rather than focussing on the fact that this isn’t a 4K home cinema projector. Think of this as a fun device for getting a large image, rather than a replacement for a proper full-size projector.

Watching streamed content, colours are reasonably accurate and vibrant. Contrast ratios aren’t great with shadow detail lost, and blacks tend to be slightly more grey than I’d like. Given the small DLP chip that’s to be expected.

Watch a Blu-ray film and you lose some detail, but the loss isn’t as noticeable as on the original Nebula Capsule, which had a lower 854 x 480 resolution and lower brightness at 100 lumens. As far as portable projectors go, the Capsule Max is very good.

There’s a built-in 8W speaker, which is loud enough for films when you’re sat in a room, provided people are relatively quiet while watching. Bass is surprisingly meaty, too. If you want more volume and more detail, you’ll need to hook up an external speaker, either using Bluetooth or the 3.5mm audio output.

The lamp should last for 30,000 hours, which will see the projector through a good life span: if you had it on for eight hours a day, then it will last a decade or so.

If you want a portable projector Taking the details that made the Nebula Capsule such a fun portable projector, the Capsule Max ups the resolution and brightness to give a better picture. Built-in Android gives you most of the streaming services you could want and the 8W speaker is surprisingly good.

If you’re after something more affordable As with other portable projectors, the Capsule Max isn’t cheap, so it really comes down to how much use you can get out of a product like this. If you’d use it a fair amount, then it’s the best portable projector that we’ve tested, and a fun way to watch movies on the big screen almost anywhere (light conditions depending), but if you’ve got different needs check out the guide to outdoor projectors.

A step up from the previous model and other portable projectors that we’ve reviewed, the Anker Nebula Capsule Max is a way to take a big screen with you wherever you go. A little more brightness would be nice, as would a carry case, but these minor foibles aside, the Capsule Max is a fun way to get big-screen movies. Thanks to the excellent app and remote control, you can use the built-in Android apps to stream from your favourite services without having to carry another device around. 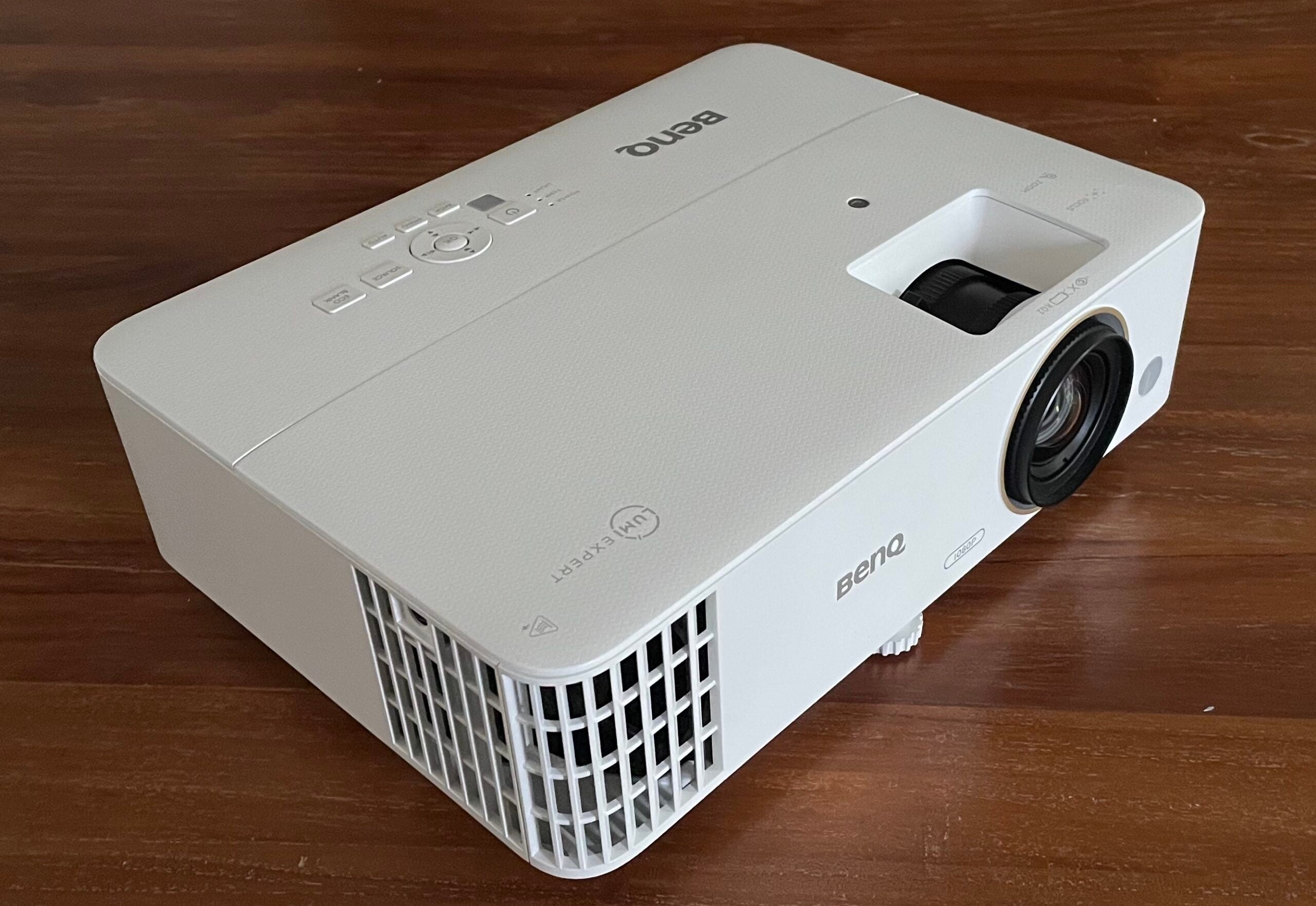 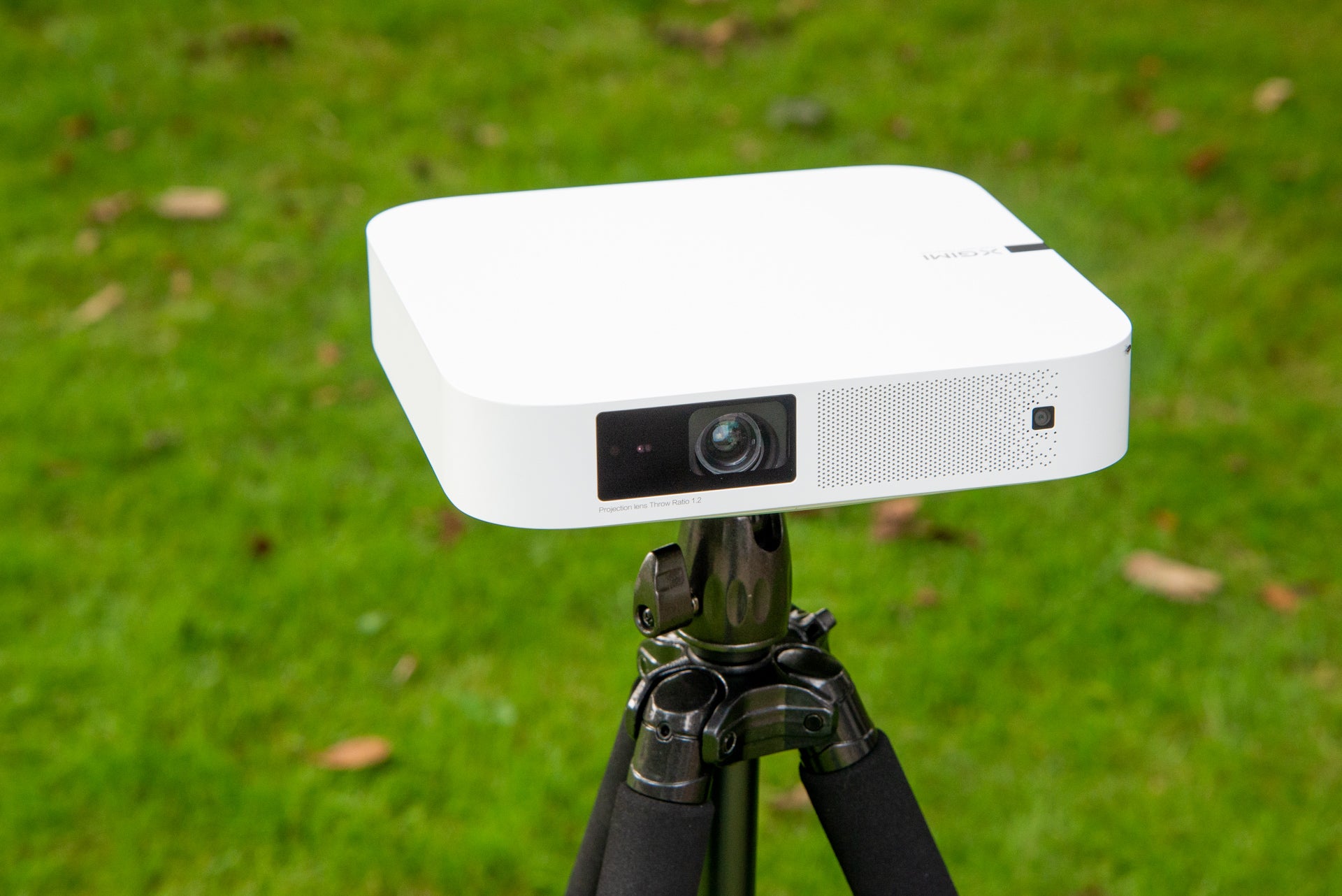 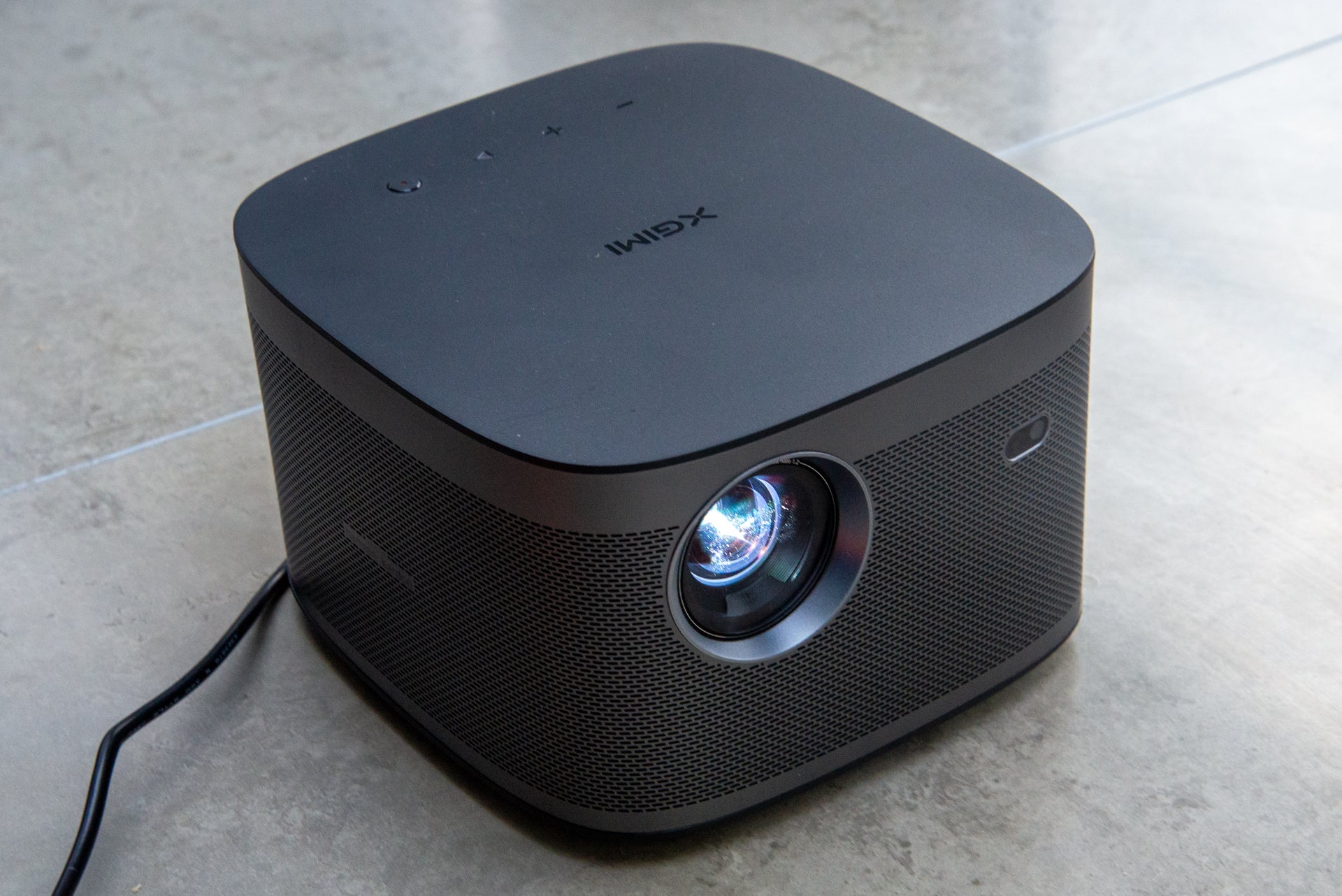 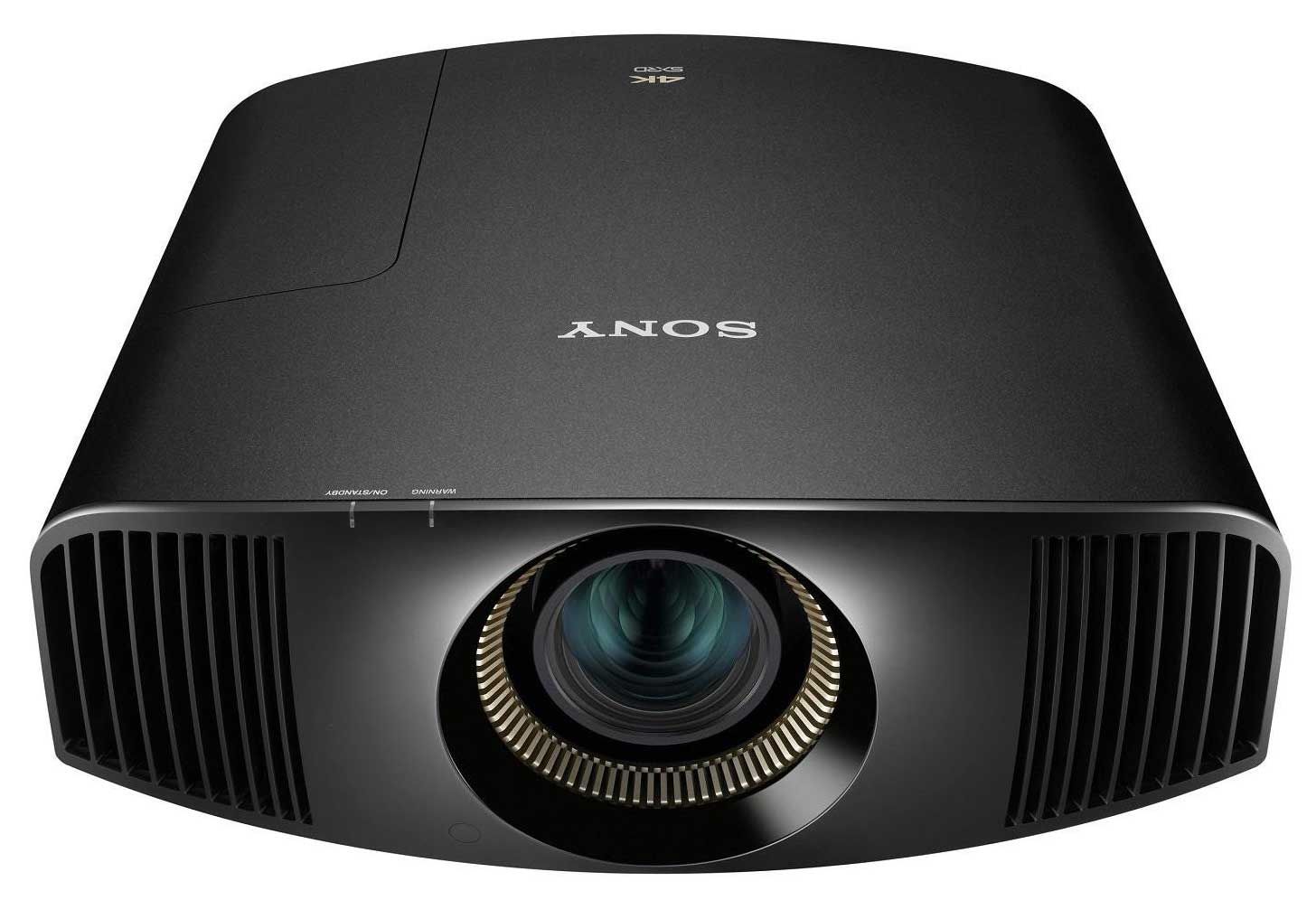 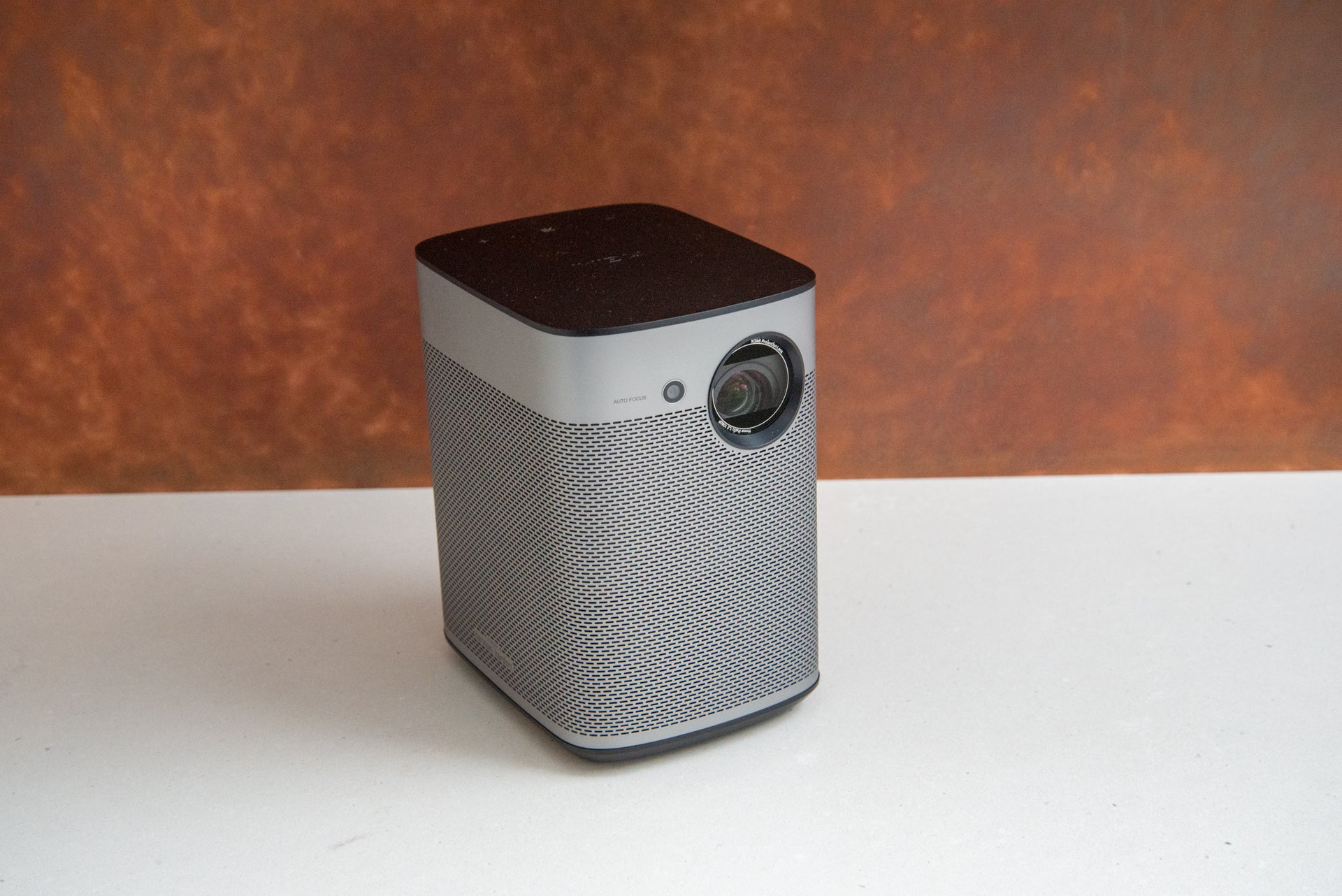 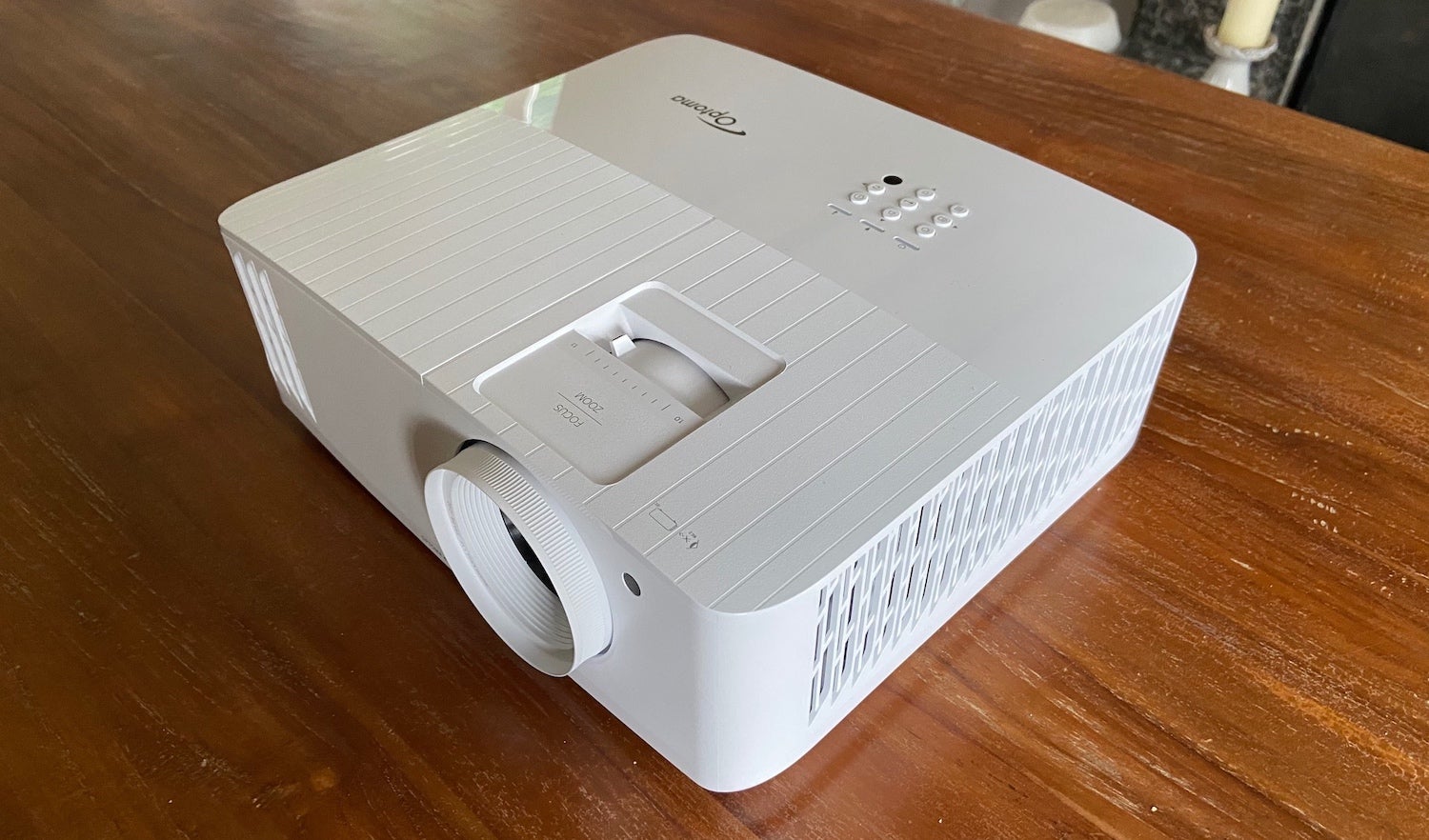