Exclusive to Nintendo 3DS
There are many games where you’re a special forces operative, a globe-trotting adventurer or superhero, and a few where you’re a detective, city planner, criminal mastermind or scientist. There are not many games, however, where you play an interior designer. The Sims just about qualifies, but Animal Crossing: Happy Home Designer is the real deal. A spin-off from Nintendo’s rather surreal country-living sim, it puts you in the shoes of an employee of Nook’s Homes, taking briefs from a range of Animal Crossing residents, then making them the home (and sometimes garden) of their dreams.

Nintendo hasn’t made this difficult. In the early missions you’re presented with a house with one or two rooms and each client leaves some object or piece of furniture that should clue you in on what they’re looking for. You pick through your catalogue to find wall and floor coverings, then explore it further to pull out beds, tables, chairs, cupboards, soft furnishings and miscellaneous items. Once items are out there in the room you simply drag and drop them into place, and the interface is smart enough to make moving objects around the walls easy or placing decorative artefacts on top of furniture a cinch. 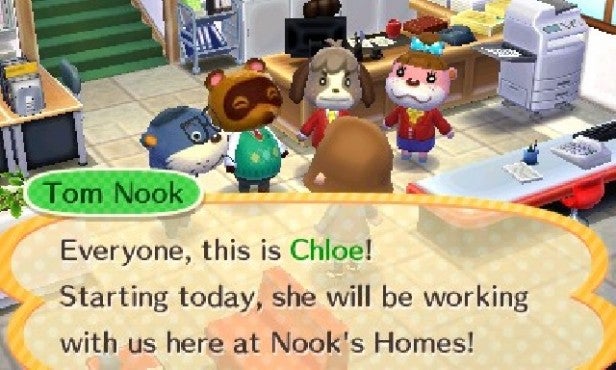 When it’s all done, you have a quick chat with the client and they either approve your work – the praise is never less than overwhelming – or send you back to fix things up. Do well and you’re rewarded with a quick cut-scene of the client enjoying their property, accompanied by a rather lovable easy-listening score.

It sounds simple and it is simple. As the game goes on your task becomes a little more onerous, as you’re asked to find the perfect plot for a client then pick their house and plant their garden, but Happy Home Designer is perfectly happy to coast along on charm. The pleasure is in meeting the eccentric characters and doing your best to meet their wishes. One might want a home with a fast food restaurant theme, another a tropical getaway, another a polka dot paradise. As you drop the objects in there’s instant feedback with gestures of surprise or big red hearts, but, generally speaking, it’s hard to get things wrong. 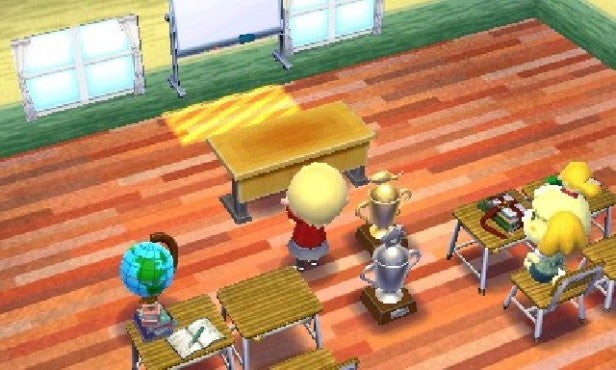 That’s partly because Happy Home Designer makes it pretty bleeding obvious what you need to fit in, with new objects added to your catalogue that are a suspiciously good match for your new brief. If you’re given a Cabana Chair to work with, then picking Cabana Walls, Cabana Floors, Cabana Chairs and Cabana Tables won’t see you go too far wrong. It’s also partly because the game doesn’t seem all that sophisticated in its analysis of your interior designs. As long as all the elements are in there, any concepts of Feng Shui or flow can go completely out the window.

There are two wrinkles that help keep the action fresh. Firstly, success opens up a range of civic projects, where you’ll be tasked with furnishing a school, cafe or hospital for the growing town. These are a little more challenging, which leads us to our one gripe with the game: in the unlikely event that you do get something wrong, there’s precious little feedback on what that is. In most cases, you’ve just forgotten to add something vital, or not added enough. Either way, a little trial and error will sort it out. 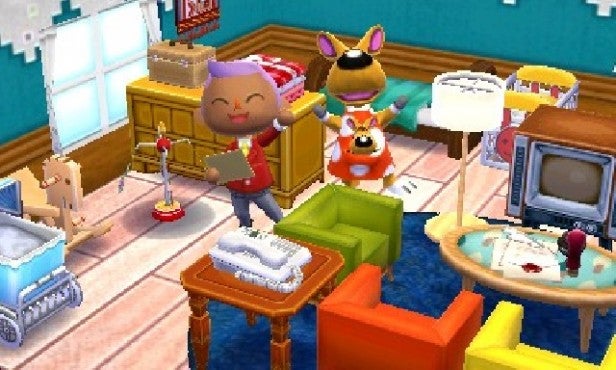 Secondly, a telephone in your office acts as a gateway to extra jobs, launched by tapping one of Nintendo’s Animal Crossing Amiibo cards against the NFC point on your New Nintendo 3DS. These come in packs of three for £3.75, with one card a special card that unlocks a client that wouldn’t otherwise appear. This is pretty pricey for some short-lived DLC, but you can re-use cards with different copies of the game, so there’s some potential to save cash by sharing them or trading.

Otherwise, what progress there is comes through unlocking ‘emotions’ you can use while meeting friends and clients, and in the opening up of new clients and new stuff with which to furnish homes. You can also use coins to unlock additional skills and gizmos from the Nook’s Homes Handbook, allowing you to restyle your character or change elements you couldn’t previously adjust. That’s it, though there is a facility to upload your homes and have others judge them – worth doing if your ego needs a boost. 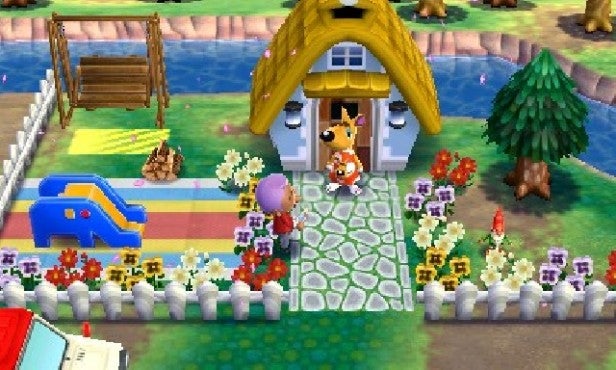 There are going to be two schools of thought on Happy Home Designer. One is that it’s a slight confection that you can barely call a game, which shows just what Nintendo can get away with through a combination of cute presentation, cheerful music, quirky dialogue and easy-going charm. Animal Crossing itself is sometimes dismissed as lightweight but, trust me, Happy Home Designer makes it look like Civilization V with all the add-on packs installed.

The other school of thought – the one espoused by my nine-year-old daughter – is that this is POSSIBLY THE BEST GAME EVER. This school agrees that its pitifully easy, but likes the premise, the style and the fact that you can’t really lose. Like a bag full of candy-floss, it’s over-sweet but worryingly more-ish. I can’t say that I get this school of thought, but, well, different strokes and all that jazz.

Verdict
Even the most fervent admirer will admit that Happy Home Designer is slight, repetitive and undemanding, but even the most hardened cynic can’t pretend that it doesn’t have charm. It’s frustrating that it doesn’t have more depth or reward creativity over taking the most obvious approach, but any budding interior designers will find this a sweet, weirdly relaxing game.