Marshmallow isn’t just about bringing features to older phones; it’s also about supporting new standards and ensuring Android works with all the latest advances. Two of the biggest additions this time around are support for USB-C and fingerprint sensors.

There are a couple of Android phones that offer these features already without running Marshmallow, but 6.0 brings proper, system-wide support. Fingerprint scanners work to authorise payments from Google Play and third-party apps, while fast-charging through USB-C is present too.

Android Pay – Google’s eventual Wallet replacement and rival to Apple Pay – might currently be restricted to our US cousins, but it also picks up full support in Marshmallow.

But the killer update is Flex Storage, a change to the way Android manages microSD cards. In the past, internal and expandable storage were completely separate. You could move apps that supported it to the microSD card, but the 64GB card wouldn’t join your base internal storage.

In Marshmallow, it does. Pop a fast 64GB card into a 16GB phone and you’ll have more than 70GB to play with. This makes microSD support all the more important, and the amount of base storage less so. Great for making phones cheaper.

Android 6.0 Marshmallow review – Everything else

I don’t think Marshmallow makes phones faster, but the toned down animations across the board certainly make it seem faster. Apps rise smoothly out of their icons and in general jumping through menus and into Settings is less sluggish. 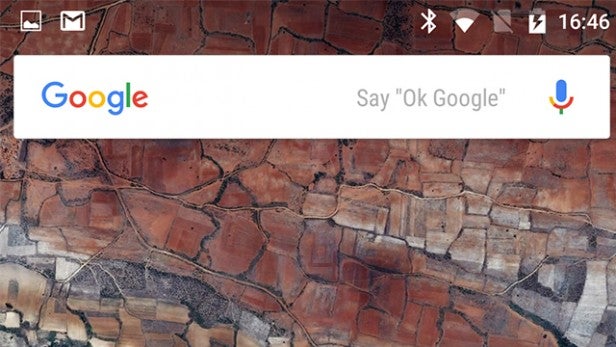 Marshmallow is currently only available on Nexus devices, and HTC’s One A9, all of which are pretty powerful phones and tablets. I’ve been using it on a Nexus 6 and the older Nexus 5. The Nexus 5 has always been a solid performer, and even though it’s been around for a couple of years, it doesn’t feel bogged down by Marshmallow. If you receive a pop-up stating your device is ready for the update, I’d download and get it installed.

One of Lollipop’s most disliked features was the removal of Silent mode – if you turned off the volume then absolutely nothing would come through, including any alarms that had been set. Thankfully, this has been changed in Marshmallow. The Do Not Disturb mode has been moved to the Quick Settings bar, and you can safely silence the device without killing all sounds.

Yes, definitely. Google Now on Tap has buckets of potential; the updated permission controls have been a long time coming; and Doze genuinely makes a difference to the battery power of your device. Then there’s the bevy of design tweaks and the updated, and much more functional, Launcher.

But as is well known, updating to the latest version of Android isn’t as simple as downloading and installing iOS 9, for example. It tends to take months for OEMs and carriers to sort upgrades and push them out.

Even when the day finally comes, and a notification pops up to inform you that your Marshmallow update is ready, it will probably look completely different to the vanilla Google version I’m using here. You’ll still get all the features, but Samsung or HTC will have overlaid their skins.

I wish Google would sort out this problem. Or at least give everyone the option to ditch the skins and have Android the way it was meant to be.

Quibbles aside, Marshmallow is the best version of Android yet. It’s faster, slicker, longer lasting and more user-friendly. To put it bluntly, it’s the number one mobile operating system out there. Well, for phones anyway.

The tablet side still needs work, with it’s lack of support for split-screen or proper multitasking. Maybe that will come next year, with Android 7.0 Nougat. Or Nestlé.

Slick, fast and feature rich: Marshmallow is Google’s most complete version of Android yet. It’s only a shame most people won’t see it this way.