What is the Andrew James Premium Soup Maker and Blender?

As close to being a multifunctional machine as possible, the Premium Soup Maker and Blender has done its best to cram in plenty of food prep and cooking options. While some soup makers resemble blenders with a heating function, this model comes with a choice of soup options, including full programs and variable cooking temperature and time modes, as well as three speeds for its blender and a dedicated ice-crushing feature

You’ll even find a 12-hour delay timer, so you can set it to finish making your soup when it suits you. It’ll make 1.4 litres of soup and can also produce purees, baby food, drinks, sauces and smoothies.

It does have some limitations, though… 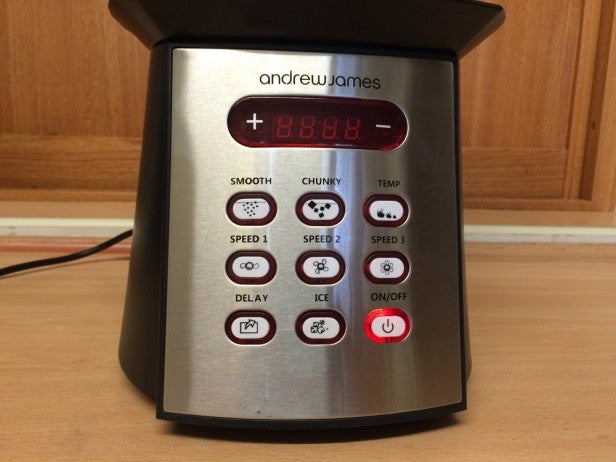 If you’re a fan of buttons, you’ve come to the right place. The Premium Soup Maker and Blender has nine of them on its front panel besides buttons for adjusting the timer. It’s a shame because, despite the abundance of controls, the machine is quite sleek. Some of them could probably be dispensed with – there’s one each for the three blender speeds as well as one for crushing ice.

The temperature selection button is more versatile, scrolling through a choice of three heats (100, 80 and 60C) by repeated selection. For automatic programmes, there’s a choice of Chunky or Smooth soup, each with its own button, which will set the cooking timer for 28 or 25 minutes respectively, while cycling through heating and blitzing. Finally, there’s a power button, used for changing the functions as well as switching the machine on and off, and a handy delay timer that postpones cooking by increasing the countdown time, shown by a digital display. 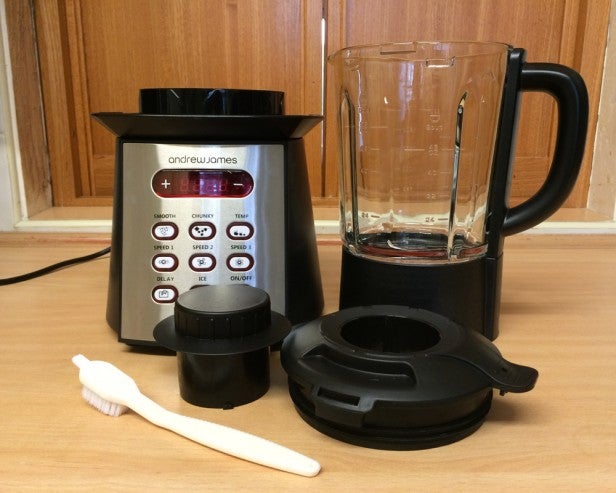 Besides the base unit, which by itself is light enough to move around the kitchen with ease, the Premium Soup Maker and Blender consists of a robust glass jug, a lid that has to twist and lock securely into the handle for the appliance to work – a good safety feature to prevent splattering hot contents – and a measuring cup that fits into the lid. None of these parts are dishwasher-safe.

Some recipes are included, but it’s a limited selection given the multiple functions of the machine. 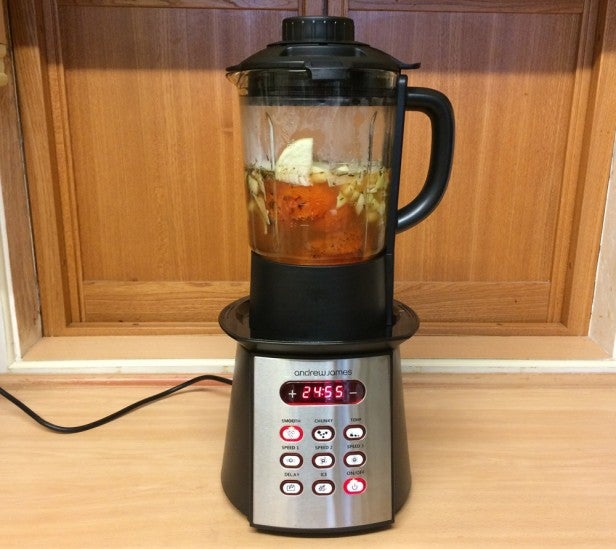 Andrew James Premium Soup Maker and Blender – What’s it like to use?

Putting the soup maker together is straightforward and each part fits where it’s meant to without any puzzling about whether it’s lined up properly. However, as the appliance doesn’t have a sauté function, you’ll find that some foods need cooking in advance, such as meat or onions. For example, we decided to make roasted tomato and garlic soup from the included recipes, which called for the main ingredients to be roasted in the oven before using the soup maker.

Fortunately, from there onwards, cooking became much simpler. The roasted ingredients were placed in the soup maker along with stock, herbs and seasoning and set on a programme. Locking the lid into place and selecting Smooth, the soup maker cooked automatically, its large digital timer counting down in seconds and minutes.

Most of the cooking time was dedicated to heating, even on the Smooth setting, leaving blending until the last five minutes or so. It did this in short bursts, which was enough to make this recipe relatively consistent in texture but you may find soups with chunkier ingredients benefit from extra blending. We found that the glass jug grows quite hot, plus there was a lot of steam upon removing the lid, so it’s wise to check on the soup while wearing oven gloves or wait until it’s cooled slightly. From here, it can either be blended again or left to cook longer using the manual temperature settings, which can also be used to keep it warm. 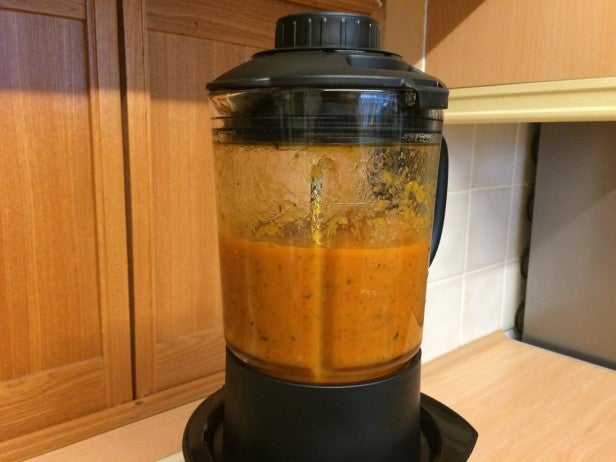 The soup, however, was thoroughly cooked, and flavoursome. Once the jug had cooled a little, the instructions recommend a “self-cleaning” function. While there’s no button or programme for this, it’s as simple as heating water and detergent in the jug for eight minutes and then blending. While this shifts most residue around the blades and base, it doesn’t quite reach the top of the jug or lid, so you’ll find you still have to rinse these by hand. 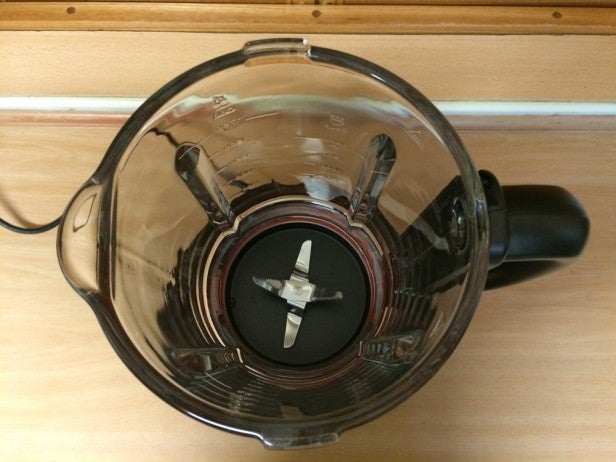 Should I buy the Andrew James Premium Soup Maker and Blender?

Unambiguous buttons and a clear timer display make this appliance a good choice for anyone who’s wary of multifunctional menus and confusing icons, while its delay function is ideal for planning hot meals in advance.

The Premium Soup Maker and Blender comes with plenty of great functions for its price but the lack of a stir or sauté function may prove to limit soup-making ambitions.