There are certain games that, thanks to the world that surrounds them, you want to spend more and more time in. And Yet It Moves appears to stem from the Blue Peter world of games development, looking as if it’s been patched together out of torn up envelopes and bits of scrap paper, yet it draws you in from the word go.

The apparent random nature of its make up (levels appearing, superficially at least, as if they’ve been stuck down without sense or logic) is, actually, something of a trick. In practice, And Yet It Moves is a wolf in sheep’s clothing, constructing some of the most brain teasing platforming levels you’ll ever come across that have been carefully crafted to fox you from the outset. Yet, the actual goal of play – simply making your way to the next save point – is ridiculously simple. 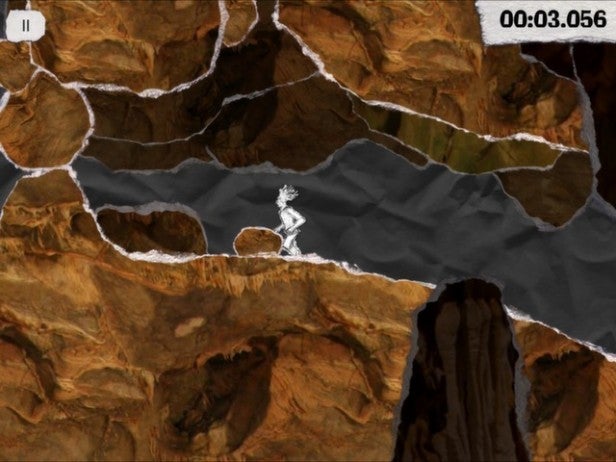 It might surprise you to know, however, that the cut-and-paste visuals are not actually And Yet It Moves’ unique selling point. Rather, it’s the controls at your disposal that really set it apart from the competition and form the base of play. As well as the ability to run and jump – holding your finger down on the screen in the direction you wish to travel handling the former, double tapping the latter – the weapon you’ll use most often is the capacity to revolve the level a full 360 degrees.

Doing so initially takes some getting used to, with And Yet It Moves recognising a desire to spin your surroundings with a twist of your fingers, almost as if you were unlocking a safe. Able to turn in either direction, success in each stage comes down a swiftness of touch – given that every surface is now a floor-in-waiting, you’ll find yourself doing a multitude of things at once, such as jumping skywards before turning the world in mid-air to land on what was, a few seconds earlier, the ceiling. 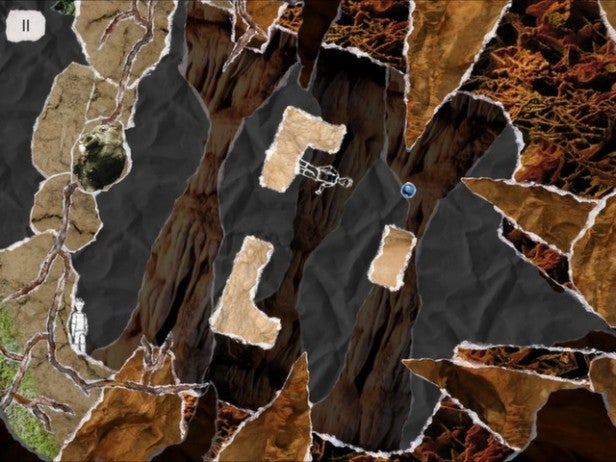 There are things to watch out for, however. Though And Yet It Moves doesn’t have enemies to take down, you can still land yourself in trouble if you’re not careful. Fall too far, for instance, and you’ll smash yourself to smithereens on contact. There are also rocks aplenty rolling around ready to squash you should you rotate the world the wrong way, as well as a black abyss or two to fall into and, as the levels progress, a whole host of other interactive elements pop up that, depending on your skill, can either help or hinder your progress.

Early on, for instance, you’ll discover a series of lizards seemingly encased in rock blocking your path. But they have a tongue lash that can split you in two. Navigating past them involves coaxing a series of bats to pester them into retreat, though this involves rotating the world in the opposite direction, meaning finding a way to progress through the stage while also keeping the bats on the right path is the order of the day. 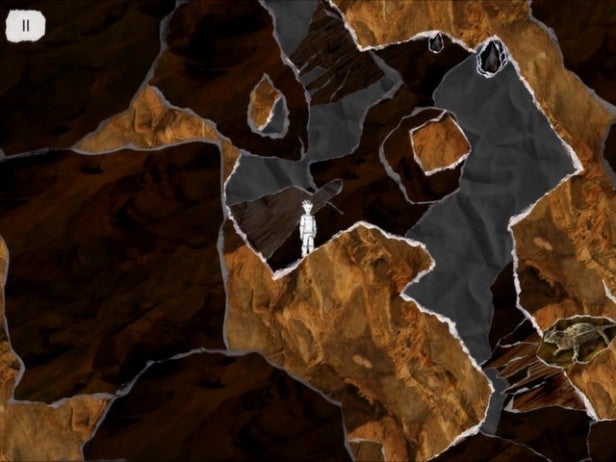 It’s perhaps the spareness of And Yet It Moves’ world that its one weakness, however. Apart from each save point – marked by a ghost of the game’s paper-white protagonist, who points the way to the next target – there’s no signposts at all within play, meaning you’re on your own. Sometimes you’ll have little idea just where you’re meant to be headed, let alone how you’re meant to do it, and it can occasionally be tempted to hit your iPhone’s home button and seek help online.

There’s also a feeling that, while the controls work perfectly adequately on your iPhone, they’d be better suited to a PC or console (which, of course, is no coincidence, given And Yet It Moves made its Mac debut back in 2009). Nevertheless, when you find your rhythm and start firing through each stage at pace – something aided by the game’s daily challenge, which sees you flying through a level attempting to post the quickest score online – there is a genuine sense of satisfaction that comes with it. 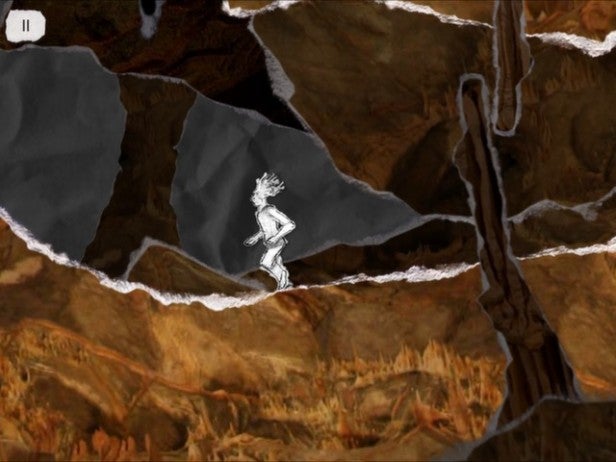 Despite its focus on rotation, however, and the brand new perspective that brings to play, And Yet It Moves feels distinctively traditional, ticking all the boxes you’d expect a platformer of old to tick – it causes you to think on your feet and fully get to grips with your surroundings to progress. Not quite the revolution to the genre many would pitch it as, then, but certainly a game that’ll have your mind turning in circles.

Verdict
Putting a spin on the platforming genre – quite literally – And Yet It Moves charges you with thinking on your feet, and then turning the world 180 degrees so that your feet fly over your head. Its levels are not long and the world not big, but there’s more than enough content here to make sure your head is kept turning for some time.