Available on Xbox 360, PS3 (version tested)
Anarchy Reigns has its faults, but at least it’s doing its best to shake up the conservative fighting genre. Stemming from Platinum Games, the makers of the brilliant Bayonetta, the underrated Vanquish and the ultra-violent Wii cult hit, MadWorld, it’s fundamentally an old-school brawler in the mould of Final Fight or Streets of Rage, but one that’s been comprehensively remodelled for an age of 3D and HD graphics and online play. 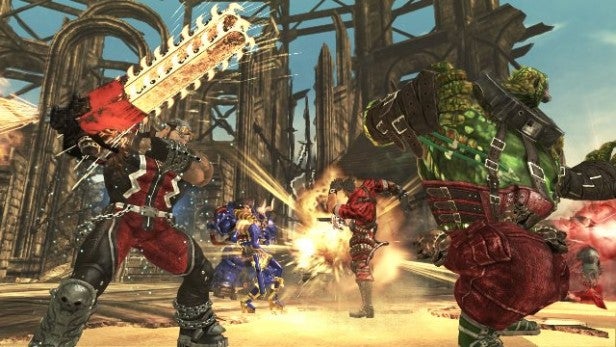 It’s really a game of two halves. The first is a single-player campaign in which chainsaw-wielding Jack Cayman and some of the remaining cast of MadWorld return to wander through several areas, scrapping with the hordes of thugs and mutants that litter the landscape, while occasionally pausing to tackle a story mission or side-missions. These might involve fighting some enemy champion mano e mano, scrapping with squads of snipers, racing hover-buggies around an aircraft carrier or taking out a giant Kraken. In the main, though, this is a game about bashing seven shades of something stinky out of everything and anything in your path.

Up to a point, this is fun. Jack has some basic quick and heavy attacks to wield plus some special weapon attacks which kick in when you hold the left trigger. There’s a fine combo system too; one based on the way you time your blows rather than your ability to memorise strings of commands. Normal and heavy attacks have their own power meters, so you need to think about how you use your big-hitters, and there’s also a separate gauge for a rampage mode, where you have endless heavy attacks and additional power at the click of both thumbsticks. Beneath a button-mashing appearance, this is a system of sophistication and surprising depth. 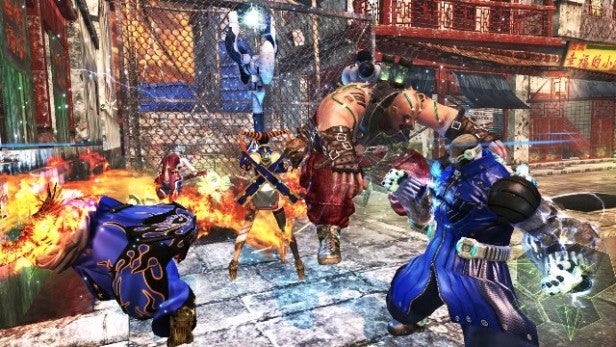 You also get a wide range of different enemies ranging from your standard-issue grunts through to towering half-reptile monsters and tough guys in mech suits, and each needs different tactics to overcome. There’s even a nice line in vehicles and interactive scenery, with objects that can be picked up and hurled at the enemy, or minigun-touting robot helicopters that can be hijacked for a destructive tour around the map.

However, Anarchy Reigns can also be a little bit rough. Anarchy Reigns isn’t much of a looker. While the scenery improves past the first few areas, the post-apocalyptic style is a little bland, and the mix of cinematics and talking head cut-scenes sometimes leaves it with a low-rent feel. There’s nothing of the style or imagination that made Bayonetta or Vanquish so enthralling, and neither the characters nor the locations stand up to what we’re seeing in God of War II or DmC: Devil May Cry. 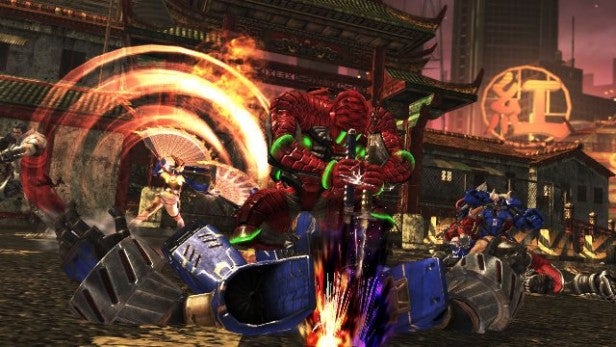 The problems extend to the gameplay. Some of the side-missions feel
unbalanced, with painful fail conditions you’ll meet seconds before the
end, and the main story missions only unlock when you accumulate enough
points. In short, it’s time to grind. The camera can be frenetic, making
it impossible to see what you’re doing in some key battles and – with
extended play – the brawling starts to wear thin. Sega has wisely made
Anarchy Reigns a budget release, and the option to play through the
campaign from two different perspectives adds some longevity. All the
same, based on the single-player game you’d still struggle to say that
Anarchy Reigns was a worthwhile buy.