What is the Amped Wireless Titan-EX?

There are times when the wireless signal from a home router hasn’t got what it takes to reach the depths of a home. In many cases, the router may be too far away from a particular access point, or is forced to go through too many obstacles in order to deliver the desired experience. In those cases, a wireless range extender is required.

Like other range extenders, the idea behind the Amped Wireless Titan-EX is to deliver internet to areas where it isn’t otherwise available. It essentially takes the signal offered it by the home router and pushes it everywhere else. It’s a simple process, but in a world where wireless connectivity is increasingly desirable, it’s an important one.

The Amped Wireless Titan-EX is designed to be the only wireless range extender any customer would ever need. In fact, Amped claims that its latest range extender is able to cover more than 14,000 square feet. According to the company, while placement is still important, the amplifiers built into the device are sufficient for users to place it anywhere in a home without fear of losing a signal.

Ultimately, success in the range extender market means not only being able to deliver more distance, but also doling out solid speed. Design is also a crucial consideration, since in the vast majority of cases, having another ugly device sitting in a prominent part of the home isn’t desirable.

Let’s see how the Amped Wireless Titan-EX fares on all of those counts:

One of the biggest issues affecting range extenders or any kind of wireless networking device is design. While consumers may ideally prefer a certain kind of design that removes the antennae and allows for easy placement anywhere in the home, such features ultimately make it harder for a range extender to work.

Devices from Netgear, for example, can be plugged directly into a wall outlet, leaving them connected to the wall and not hanging out in a room.

The Amped Wireless Titan-EX, however, is nothing of the sort. In fact, the “Titan” in the device’s name is apt when one considers how big it actually is. 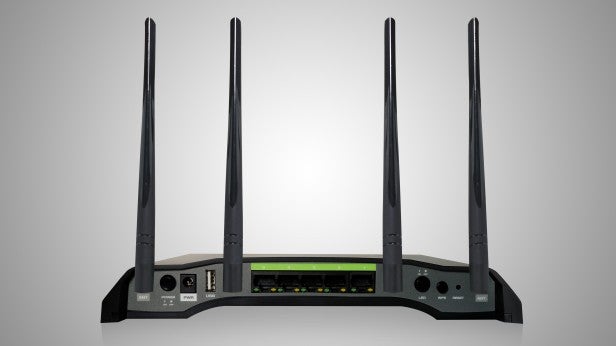 The Titan-EX is a router-sized range extender complete with four antennae. While Amped has done its best to make the device pleasing to the eyes, the truth is, it isn’t the best-looking device I’ve tested and it’s pretty bulky for a range extender.

The Titan-EX looks similar to a router with its four antennae sprouting up. There is some grating and strategic use of lighting to indicate that it’s on. The issue, however, is that routers are often placed in rooms where people don’t want them to be seen. Having a range extender that looks like a router sitting in a room where wireless access isn’t readily available, therefore, may be a problem.

While the issue of design was one that I can live with – mine was sitting in my basement, so it wasn’t necessarily a huge issue – I was impressed by the device’s range of features.

In addition to standard wireless connectivity, the Titan-EX has six amplifiers, with three each for 2.4GHz and 5GHz signals. In addition, it has five LAN ports for direct connectivity to the network and two USB ports for storage. Better yet, the device supports wireless-AC connectivity, so it can accommodate the latest Wi-Fi signals without worry.

On the software side, the Titan-EX is a capable unit, with the ability to find ideal placement, set up security features, and create guest networks. The Titan-EX is like having a fully fledged router as a range extender, making it a truly compelling offering for most needs.

Indeed, from a features perspective, it’s hard to find fault in the Titan-EX. As soon as it was up and running, I was pleased to have found not only that it was capable of handling fast data connections, but also afforded me the control over access that I desired.

Setting up the Amped Wireless Titan-EX is simple. After booting up the device, I waited just minutes for it to get up and running. From there, I gained access to its settings and input the credentials it would need to connect to my network.

Amped’s software provides for a simple way to determine placement. Once I found a solid location, I sought out a place to mount it, and I was off to the races. 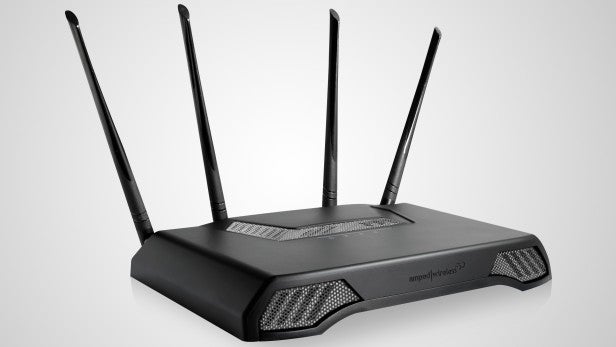 After those networks were set up, I was given the option of changing their names, modifying their passwords, and much more. I could even mask them, if I so desired, and Amped provided an ample list of best practices to maximise usability and security.

While being able to set up a range extender with ease is nothing new in that space, having the sheer number of options to do more with the device was welcome. I could decide whether to set up a guest network or determine which network may be best for each connected device.

At every turn during the setup phase, the Titan-EX was impressive.

Next
Performance and conclusion Review