What is the Amped Wireless RTA15?

The RTA15 is the first 802.11ac router from up and coming US networking company Amped Wireless. Still a relative unknown in the UK, Amped has enjoyed tremendous growth in the US and was rated the fastest growing computer/peripherals company for 2013 by Deloitte.

What has fuelled Amped’s rise is its focus on developing networking products for businesses and consumers with extremely impressive long-range performance and this makes the RTA15 of particular interest. That said, while the RTA15 has only recently made it to the UK, it has been on sale in the US for more than a year with the company announcing its successor – the RTA30 – at CES this month. So can the RTA15 still compete with the best? 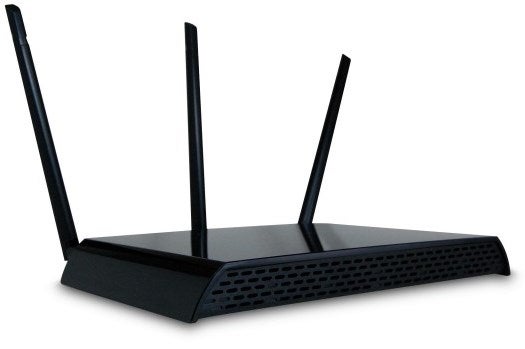 It gets off to a low-key start. The RTA15 plays the minimalist card and out the box its completely black finish, flat top and gently curved sides are simultaneously sleek yet somewhat dull. Screw in the large, high gain antennas though and the RTA 15 takes on a more sinister look clearly designed to emphasise Amped’s mission to provide long-range performance.

Build quality is a mixed bag. The RTA15 doesn’t really have a chassis, more a top cover and the plastics used in its construction – while not weak – have a flex which doesn’t instil confidence. At 1.04kg it is surprisingly heavy, but it grips surfaces well and users determined to maximise signal travel can fit a bundled stand which trades some of this stability to hold the RTA15 in an upright position. It also gets brownie points as it can be wall mounted. 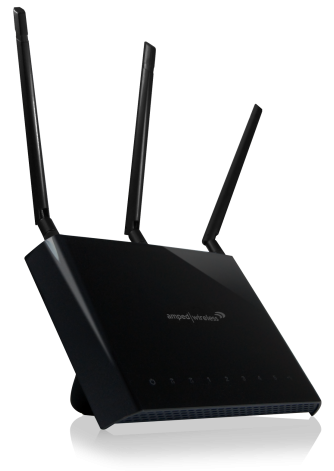 Now typically we say what lies inside a router is far more important than the exterior, but this isn’t the case here. Crucial to Amped’s distance claims for the RTA15 are those oversized antennas and crammed within them are four 5GHz 2-stage amplifiers, two 2.4GHz amplifiers and four low noise (26dbm) amplifiers.

This is impressive on paper, though behind all this the core remains a 2×2 array when many of today’s premium routers use a more powerful 3×3 configuration. As such Amped quotes a slightly lower 1200Mbit theoretical maximum for its 802.11ac wireless rather than the usual 1300Mbit. Theoretical speeds have little to do with reality, but it does expose the slightly reduced bandwidth.

The RTA15 is also down on processing power. Inside is a single core Realtek 660MHz processor, which doesn’t hold a candle to the newer dual core 800MHz ARM Cortex A9 CPUs seen in the Asus RT-AC68 and Linksys EA6900. We’ve seen a lack of horsepower affect both range and USB network performance before, though it remains just one of a number of variables.

Elsewhere the RTA15 ticks most boxes. There are 4x Gigabit Ethernet ports, WPA/WPA2 and WPS security, guest network and IPv6 support and a smart firewall (SPI, NAT). Surprisingly there is just a single USB 2.0 port, when a pair of USBs is now common and USB 3.0 is appearing with increasing regularity (if not showing consistently better performance).

Unlike D-Link and Linksys, Amped does not run a Cloud platform for remote router access, but it does hop aboard the newer trend of a CD-less setup. As such you simply screw in the RTA15’s antennas, power it up, connect using WPS and follow the setup wizard found at setup.ampedwireless.com or 192.168.3.1 in your browser.

The wizard is clear and concise with supporting graphics at each step and it walks you through connecting to the Internet and setting your wireless SSID and password. Happily Amped already splits its 2.4GHz and 5GHz bands (‘Amped_RTA15_5.0’ and ‘Amped_RTA15_2.4’) and if you choose to rename them we would strongly advise you keep a differentiator so you can choose the band to which your devices connect. Unfortunately, there are a couple of black marks. Access to the router settings carries the hackers’ favourite defaults of username ‘admin’, password ‘admin’ (something many won’t bother to change) and most simple setting changes require a router restart. The settings UI also isn’t the most advanced in the world and won’t be giving Linksys’ drag and drop Smart WiFi dashboard any sleepless nights, but it is neatly laid out and intuitive.