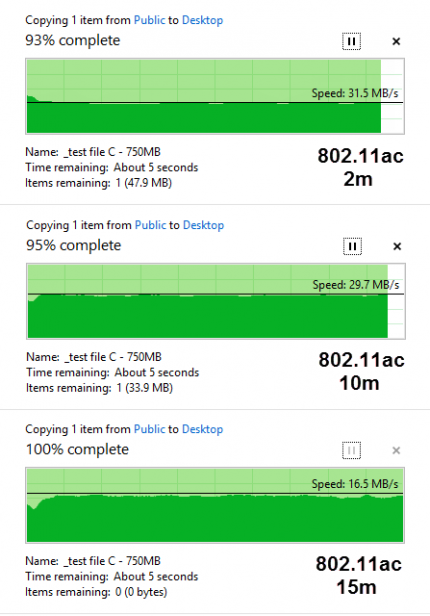 With so much hype around the RTA15’s long range performance how did it perform? Sadly, it proved a major let down.

This makes sense given the router’s length of time on sale in the US, but it cannot get near our current benchmark, the Linksys EA6900, which managed 76.4MBps (611.2Mbps), 72.3MBps (578.4Mbps) and 46MBps (368Mbps) in the same test conditions. In fact, even ISP-supplied 802.11ac routers like the BT Home Hub 5 and EE Bright Box 2 manage circa 50MBps peak performance that leave it standing, though speeds at 15m are similar. 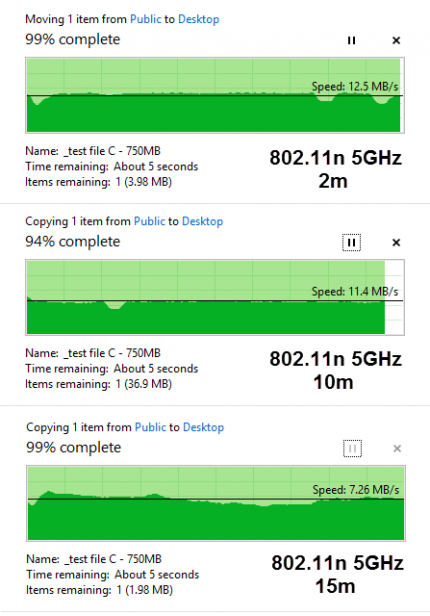 Again we haven’t seen such disappointing 802.11n 5GHz performance since the early wireless ac routers like the Netgear R6300 and Buffalo AirStation 1750 – which again points the finger squarely as ageing technology. The only upside is the RTA15’s performance at 15m which is faster than both these routers and only about 20 per cent down on most modern rivals so that could have stood out at the time. 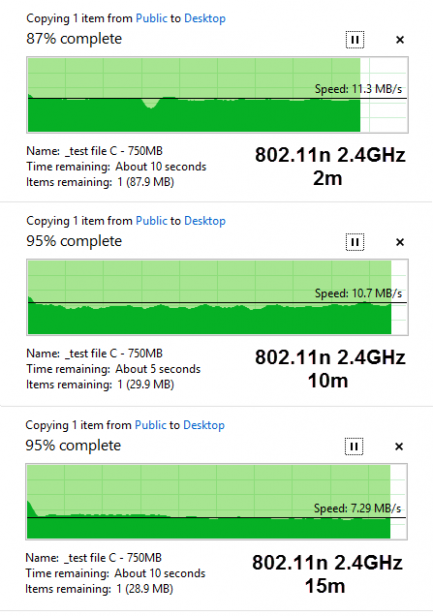 Aside from the proprietary ‘Turbo QAM’ technology used to significantly boost the 2.4GHz performance of the EA6900 and RT-AC68U the RTA15 is actually a match for any router we have tested at 2m and 10m.

Interestingly it is also by far the fastest non-Turbo QAM router we have seen at 15m, which finally illustrates the prowess of its antennas using this older standard.

We do have one caveat in all this. As a US-centric product the RTA15 does offer wireless frequencies that aren’t compatible with UK wireless receivers. These may have produced better results, but are not something we can quantify.

Lastly we have USB network speeds and here the RTA15 hit a fairly mediocre 4.53MBps (36.24MBps) whereas newer routers manage around 5-6MBps. The exceptions are again the EA6900 and Asus’ RT-AC68 plus the AC56U which race away into the 15-20MBps range. 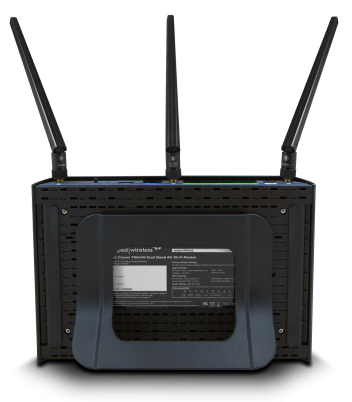 Should I buy the Amped Wireless RTA15?

The RTA15 has an official US RRP of $189.99, which has seen it offered in the UK for under £130. This makes it fairly affordable compared to top of the range routers from Asus, Linksys and Netgear, but this saving isn’t enough to justify the performance shortfalls. Especially when BT and EE’s impressive 802.11ac routers are supplied either free on contract or for peanuts to existing customers and are likely to be just the start of a wireless ac router push from most ISPs.

There is promise to Amped’s antenna tech. While its 802.11ac and 802.11n 5GHz peak performance is poor, the gap closes significantly at range and its 802.11n 2.4GHz 15m speeds are by far the best we have seen on for any router not using Turbo QAM. Had we reviewed the router when Amped made it first available in the US it may have scored very differently and it is a router that certainly improves with range. So while the RTA15 may come to the UK too late to impress us, our hopes for the impending RTA30 are high.

If you can’t wait that long, head to our best routers round-up for our picks of the best alternatives.

Amped Wireless is to be commended for making its mission statement the increase of wireless performance at range and it is at our furthest test distances that the RTA15 shines most brightly. 802.11n 2.4GHz speeds also are universally excellent, but they doesn’t make up for second rate 802.11ac and 802.11n 5GHz peak performance. Inability to access some US frequencies which the RTA15 supports may be a factor here, but the biggest is clearly the router’s age and it arrives in the UK too late to upset the established players. With the RTA30 announced at CES 2014, we expect that to change.