Frictional Games has crafted one of the finest survival horror experiences in recent memory with Amnesia: Rebirth. It never forgets what made the original so compelling, placing as much importance on the haunting things you can't see as it does on the ghastly monsters placed front and centre. However, tired horror conventions occasionally shatter the terrifyingly atmospheric immersion, holding this new Amnesia entry back from excellence.

Amnesia: Rebirth is a first-person survival horror experience from Frictional Games that shows what humanity is capable of when the last embers of hope have been snuffed out.

The Dark Descent was a landmark horror title when it launched in 2010, launching the careers of internet megastars while showing that the genre could be far more than a rollercoaster ride of jump scares. It preyed on the paranoia of human consciousness, placing equal focus on both what you couldn’t see and the horrible monsters that preyed on the halls you tried desperately to escape.

It bordered on campiness at times, but its dedication to an unsettling psychological branch of horror established its place as a legend in the genre, which made the underwhelming nature of its sequel that much harder to swallow. But now, after ten years and the critically acclaimed SOMA, Frictional Games has returned to the franchise that helped cement its legacy.

Amnesia: Rebirth is a new kind of survival horror, touching on themes of motherhood and human fragility in ways I’ve never seen the medium achieve before, forcing you to confront terrors and make decisions that will shake your very core. At times it falls victim to cliched conventions, but these stumbles are small errors in an otherwise stellar journey. 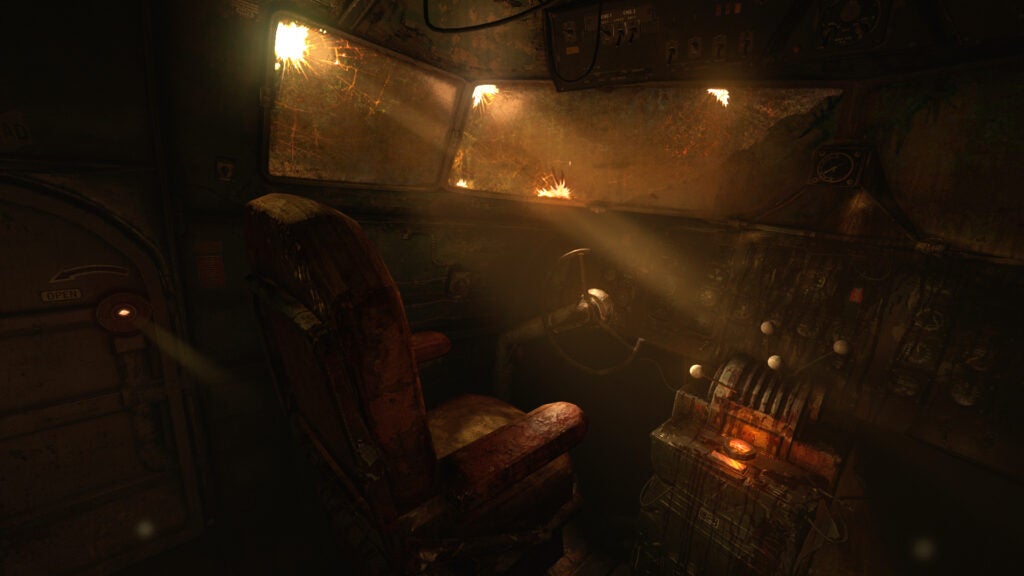 You play as Tasi Trianon, a young woman who has left her hometown of Paris alongside her husband for an expedition in the deserts of Algeria. However, things go terribly wrong as a strange force causes your plane to crash, scattering the crew and leaving you fighting for survival. Tasi awakens in the wreckage, her friends missing and an unknown amount of time having passed.

With her memories fractured, Tasi stumbles into the desert hoping to piece this harrowing mystery together. She soon comes across a network of caves, bloody bandages and hastily scribbled letters hinting at a tragic sequence of events she was seemingly witness to, but she can’t remember any of it. Shortly after this it becomes clear that something isn’t right, another reality is colliding with this one, the ruined fate of an ancient civilization threatening to bleed into our own.

The discoveries you’ll soon encounter are haunting, magical and surprisingly beautiful. Tasi is forced on a journey that will see her confront her own humanity, weighing up the fate of her crew alongside the life of her unborn child. That’s right, our heroine is pregnant, and this aspect of her character will have a profound impact on the narrative as it unfolds. It’s an element of the human condition I’ve never seen the medium tackle before, and it’s executed with a mixture of heartbreak and wonder. 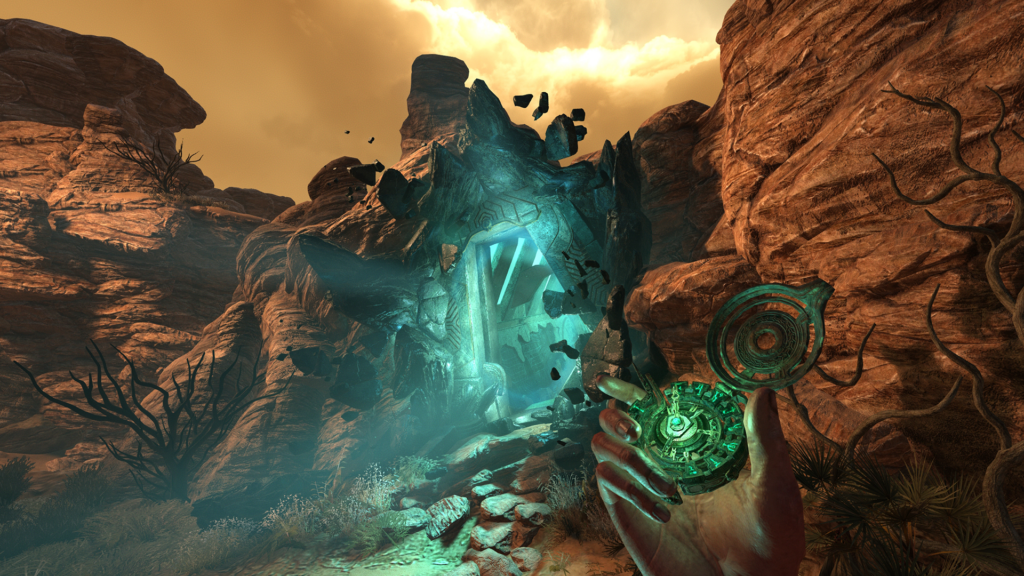 It would be a crime to spoil exactly where the story takes you, since it’s filled with a number of unexpected revelations that had me audibly piecing together events as I crept away from monsters in the shadows. Frictional Games has once again shown the horror genre’s potential for telling deep, brave and undeniably human stories. Being forced to face our worst demons can inadvertently reveal our greatest strengths, and watching Tasi and this ensemble cast of characters go through such a journey is a morbid joy.

Amnesia: Rebirth plays in a similar manner to its predecessor, albeit with a few new mechanics which blend thematically with the narrative. You explore a number of demented locations from the first-person perspective, interacting with objects to solve puzzles and avoid the gaze of awaiting terrors in the darkness. Frictional Games once again places a deliberate focus on the danger of darkness, and how entering its clutches without a match or lantern by your side is borderline suicidal.

But your means of splintering through the darkness are limited. Matches can be used to light candles and torches spread about the place, but they only last a number of seconds before reducing to embers. You’ll need to explore to find more, and I always found myself scrambling feebly hoping some would be hidden inside rotting drawers or hiding away in the innards of ancient glassware. The lantern is equally as precarious, with the light source eating up fuel like nobody’s business. 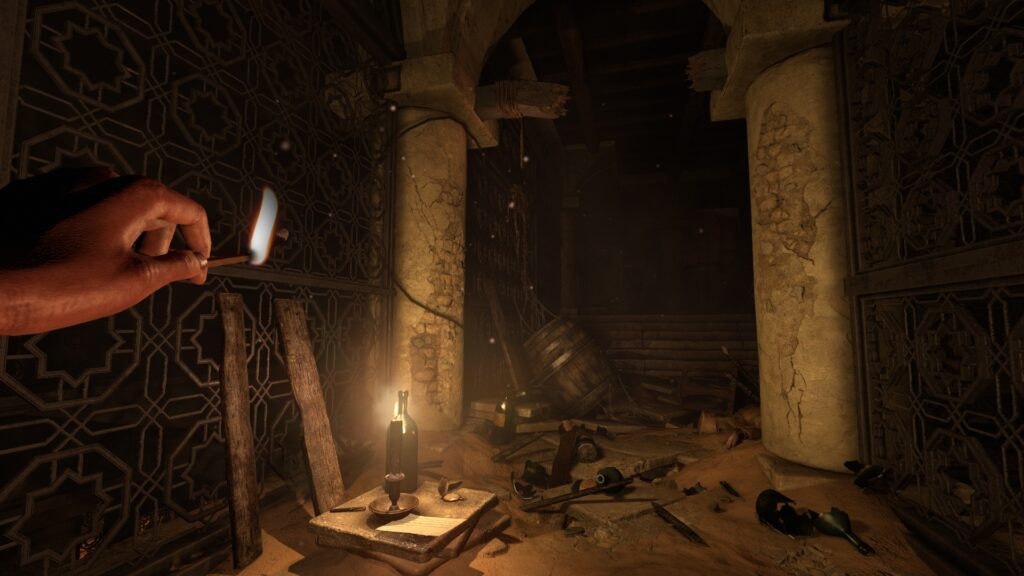 You always feel vulnerable, and there will be several moments where there’s no choice but to venture into the darkness on your own, hoping safety is but a few short footsteps away as opposed to your impending doom. This is an unexpectant catalyst to spur you onward, praying that some form of salvation could be awaiting Tasi around the next corner. This is seldom the case, with Rebirth taking a perverse pleasure in making you suffer, while never quite extinguishing the final flames of hope.

Tasi can also cradle her stomach with the press of a button, the presence of her baby lessening her fear in the presence of eldritch threats. You’ll whisper comforting messages, and making use of the mechanic also results in fascinating nuggets of story which are more than worth uncovering. You’re not just fighting for Tasi’s survival, but also the fate of her unborn child. Having had a tumultuous journey of motherhood up to this point, she is determined to escape and give this infant a life worth living.

You’re are also in possession of a medallion which can open holes in reality, allowing you to walk into an ethereal world that has long been dominated by darkness. Once ruled by an Empress before falling to inescapable ruin, uncovering the past of this mysterious world is one of Amnesia: Rebirth’s greatest rewards, even if the truth that awaits is one that will only further Tasi’s pilgrimage of torment. Horror is at its best when the spectator is forced to confront how they would act in such a situation, and Frictional Games poses such dilemmas again and again until you’re left in a state of numb awe. 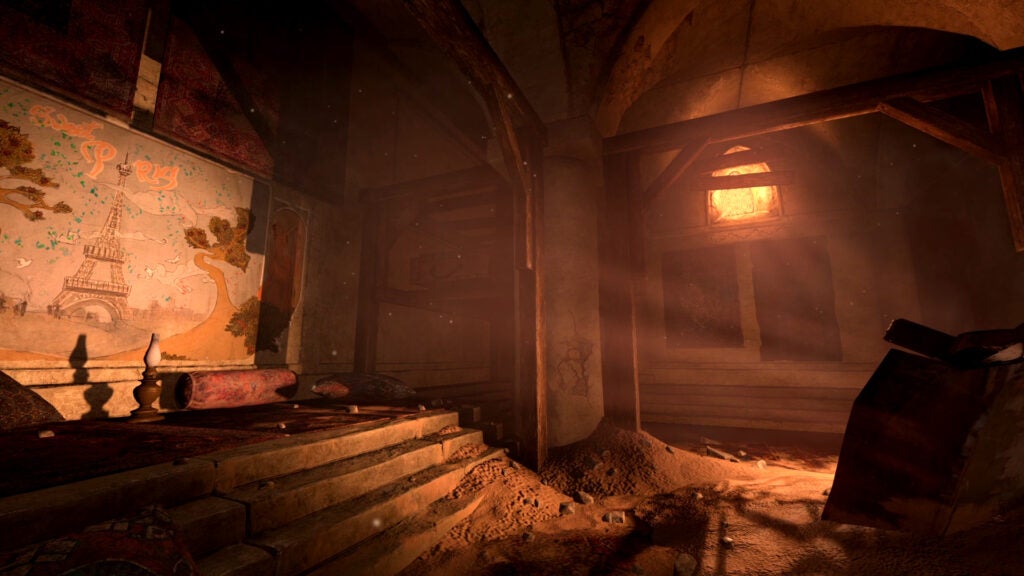 In a strange twist of fate, Amnesia: Rebirth’s weakest element are the monsters themselves. While sporting compelling designs and proving to be positively horrifying when chasing you from the shadows, having to avoid them in tense yet monotonous stealth sequences is a tiresome bore, especially since getting caught results in a long respawning sequence before you’re once again allowed to take control.

Moments like this are certainly spooky, but the mechanical routines of each monster soon become clear, unveiling the strings that are being pulled instead of leaving the demons that pursue you shrouded in secrecy. Much of the time, I simply wanted to get these moments over and done with so I could continue with the story, having far more interest in Tasi’s eventual conclusion than the uninspired creatures that were determined to stalk me.

SOMA suffered from a similar issue, so much so that Frictional Games eventually patched in a mode that removed the monsters altogether. But I fear Amnesia: Rebirth wouldn’t work without them, which makes such a conundrum all the more damning. It’s not all bad, with some moments of stealth placing my heart firmly in my throat as I prayed I wouldn’t be spotted. But when you are and have to break into a desperate sprint, you can practically feel the darkness beginning to swallow you whole. 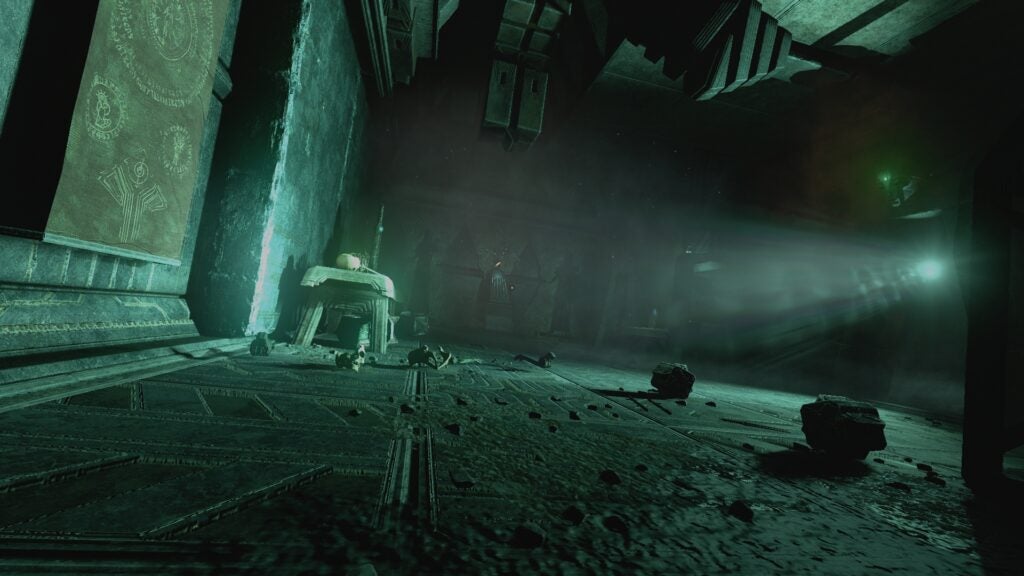 Verdict – Should you buy Amnesia: Rebirth?

Frictional Games has crafted one of the finest survival horror experiences in recent memory with Amnesia: Rebirth. It never forgets what made the original so compelling, placing as much importance on the haunting things you can’t see as it does on the ghastly monsters placed front and centre.

Combine this with a narrative that introduces daring themes we’ve never seen the genre tackle before with an excellent lead heroine and you’re left with a journey that sticks with you regardless of which ending you end up picking. Ironically, one of the only things holding Rebirth back from excellence are horror conventions it oftentimes feels determined to leave behind.