The AMD Ryzen 7 1700 is the entry option in AMD’s new range of Ryzen 7 CPUs. Priced at just £330, it still offers an identical feature set to the £500 Ryzen 7 1800X and is by far the cheapest current-generation, eight-core processor you can buy.

However, its clock speed is lower than the 1800X and lower still than its most direct competitor the quad-core Intel Core i7-7700K. Naturally this means it’s less suited to fast, single-threaded applications such as games, but it will happily power through multi-threaded workloads such as video encoding. As such, it’s an intriguing proposition.

The Ryzen 7 1700 is almost identical to the Ryzen 7 1800X in every way. It looks the same, it has the same number of cores (8), it can deal with the same number of threads (16), it’s unlocked for easy overclocking and it fits in the same motherboards. There are just three differences between it and AMD’s current flagship CPU.

The first is clock speed. The 1700 has a base clock speed of 3.0GHz and can boost its cores to 3.7GHz. The 1800X, on the other hand, starts at 3.6GHz and boosts to 4.0GHz. That may not sound like much of a difference given the similar boost clock speeds, but since boost clocks aren’t guaranteed for any given workload, it’s the base clock that’s more important.

This applies even more so when you compare the 1700 to its nearest price competitor from Intel, the Core i7-7700K. This is only a quad-core chip but it has a base clock of 4.2GHz and boost of 4.5GHz – that’s a huge advantage in raw clock speed. 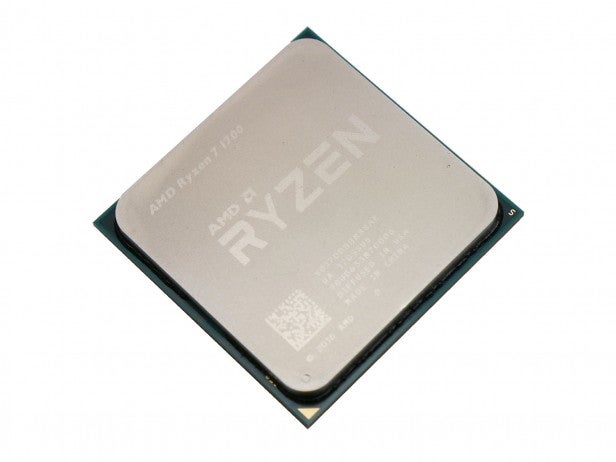 And that’s your lot; this is simply a relatively low clock speed version of the 1800X. So if you’d like to learn more about what makes this processor actually tick then you can read the 1800X’s review, which includes more of an overview of AMD’s new Zen CPU architecture at the heart of the chip.

The upshot is that the 1700 is potentially ideal for those seeking huge eight-core multi-threaded processing power for tasks such as video encoding, batch photo editing, file compression, encryption, professional 3D rendering or scientific calculations – but on the cheap.

However, it’s less suited for what most home users actually need from a CPU: fast, single-threaded performance. Most programs, including the majority of games, still benefit most from having a single-core run as fast as possible, which is the reason that the majority of laptops can still get away with having just dual-core processors. 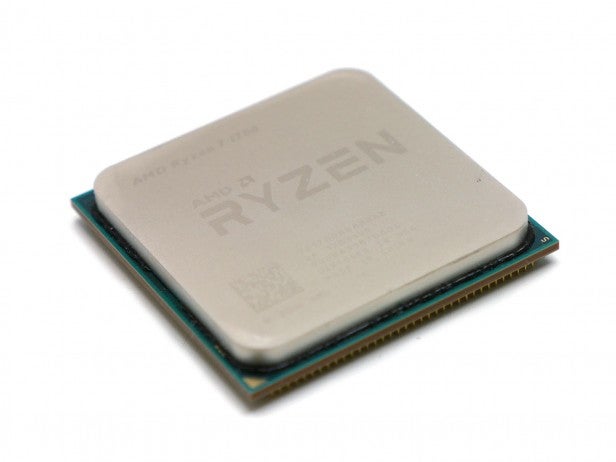 As such, a potentially crucial aspect of the 1700 is how well it overclocks. If it can be pushed closer to a 4.0GHz base clock speed then potentially it will still be a great option for single-threaded tasks.

Note, however, that when talking about the 1700 not being as good as faster-clocked alternatives, it’s all relative. This processor will still provide close to all the performance that most home users will ever need, even in single-threaded tasks.

For general day-to-day tasks it’s more than powerful enough, while the difference in gaming will only come to light in situations where you’re not otherwise limited by the speed of your graphics card and are running at ludicrous frame rates. In such situations, where you’d achieve 180fps from a higher clocked chip, you’d get “only” 140fps with the 1700.

The Ryzen 7 1700 is, along with the rest of the Ryzen 7 lineup and the upcoming Ryzen 5 and Ryzen 3 processors, meant to fit in motherboards with the new AM4 socket. Although this will mean having to buy a new motherboard now, AMD has committed to continuing to support the platform with future CPUs.

In addition, when Ryzen 5 (quad and six-core) and Ryzen 3 chips launch later this year, you’ll be able to buy a motherboard and entry-level dual or quad-core processor safe in the knowledge that you can upgrade all the way to an eight-core chip without having to change the rest of your system.

This isn’t possible with Intel’s current CPU lineup; its six- and eight-core chips are only available if you buy more expensive LGA 2011 motherboards. 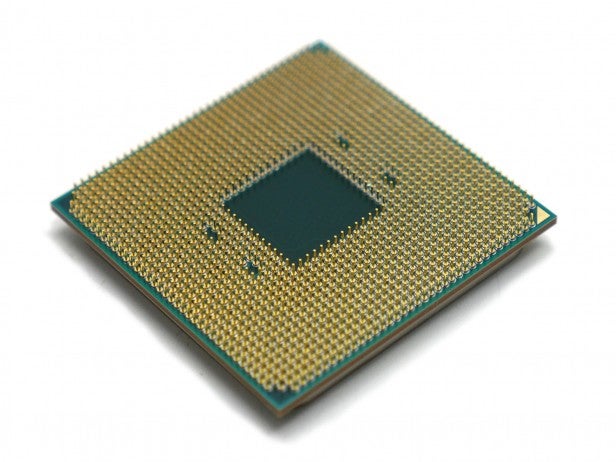 The Ryzen 7 1700 is based on AMD’s new Zen CPU architecture, which replaces the Bulldozer architecture that the company has relied on for the past several years. The main focus of its development has been to improve power efficiency and instructions per clock (IPC) – the number of calculations the chip can do with each core for each tick of the processors clock.

The results – as seen in our 1800X review – are pretty spectacular, with the company improving IPC by 52% and hugely reducing power consumption. The new architecture also introduces simultaneous multi-threading, which is a similar technology to Intel’s Hyper-Threading, which allows each core of the processor to handle two workloads/threads at a time.

As a result, and thanks to moving to the latest 14nm manufacturing, the 1800X was the first CPU from AMD that could truly claim performance parity with the competition from Intel – and, in turn, the first we’ve been able to outright recommend in the past ten years or so.