The RX 580’s is AMD’s latest mid-range graphics card to take on the latest AAA games at Full HD and 1440p resolutions. It’s a minor update to the last-gen RX 480, with a clock speed bump across the range.

While it’s a minor update, the RX 580 is designed for those who didn’t fancy the RX 480 in 2016 and now have the budget and the will to upgrade their gaming rig.

The small bump in speed brings it closer to its biggest rival, the Nvidia GeForce GTX 1060, and the very cheapest models start at under £200, which is super-impressive.

The reference specification of the RX 580 is a 1340MHz boost clock speed paired with either 4GB or 8GB of GDDR5 memory. This is a decent upgrade over the RX 480, which maxed out at around 1310MHz on more expensive models. With the RX 580, 1340MHz is the baseline, with third-party card makers going much further.

The RX 580’s specifications depend on which third-party manufacturer you choose to buy from, and whether you pick a 4GB model or 8GB edition. Taking a look at one retailer, you can see prices ranging from £195 for a 4GB Sapphire Pulse model and £220 for an 8GB version, also from Sapphire. Although not overclocked, they come with handsome but basic coolers. 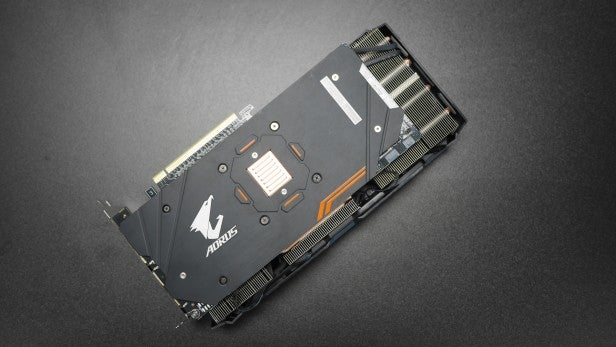 The most expensive models are from Asus, priced at £290 and £310 and including RGB lighting on the firm’s ROG Strix Gaming OC and Top Edition models – which have some overclocking applied, with the card’s boost clocks upped from the standard 1360MHz up to 1411MHz.

The model AMD sent in for review is Aorus’ top-end ‘XTR’ model, which is overclocked even higher, up to 1439MHz. This model will set you back £270 for an 8GB version. It comes with dual fans, with Fan Stop technology that spins the units down to a complete stop when the GPU isn’t under load. There are also customisable LED lights inside the Aorus logo for extra snazz.

These overclocks are nice to have, but they’re not essential – and won’t make the difference between a game being playable and jerky. 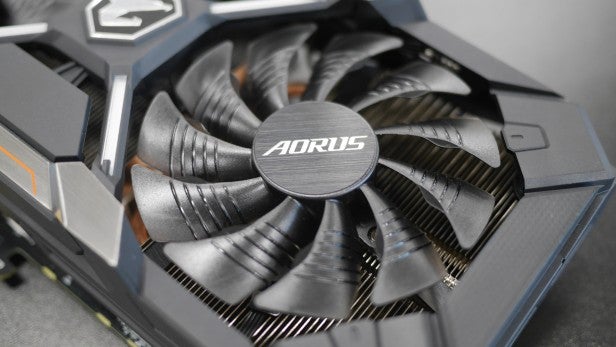 By comparison, a typical RX 480 – on which the 580 is based – gets boost clock speeds of around 1342MHz. The RX 580 is a genuine upgrade over last year’s models, although you should look out for RX 480 bargains as well.

Turn the page for some benchmarks in Ghost Recon: Wildlands, Hitman, Tomb Raider and Battlefield 1.