I tested the Radeon RX 480 in our in-house test rig. It represents a fairly typical gaming PC and consists of the following components:

For this review, I’ll be comparing the RX 480 with the other GPUs we’ve tested recently. It’s the first AMD card to undergo tests in this way, so will be able to make comparisons only to recent Nvidia cards right now.

Dirt Rally is the easiest game in our suite of gaming benchmarks, and offers an insight into what gamers with relatively simple demands can expect. TrustedReviews’ benchmarks dictate that we run the test at the Ultra preset. The RX 480 didn’t break a sweat at 1080p or 1440p, and provided easily playable frame rates at both resolutions. It was between 5% and 8% slower than the Nvidia GeForce GTX 970 at these resolutions.

Thanks to its larger 8GB frame cache, the RX 480 was actually a little quicker than the GTX 970 at 4K resolution, but the point is somewhat moot since neither card is really suitable for 4K gaming. 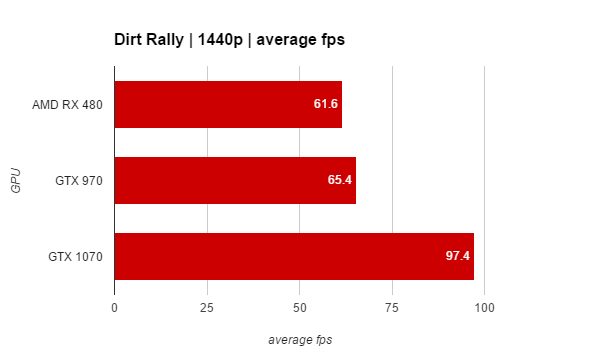 Middle Earth: Shadow of Mordor is a challenging title with numerous particle and explosion effects as well as high-resolution textures. Its benchmark is short but intense, and provides a decent idea of how the game will run under normal conditions. The benchmark is run at the game’s highest preset. 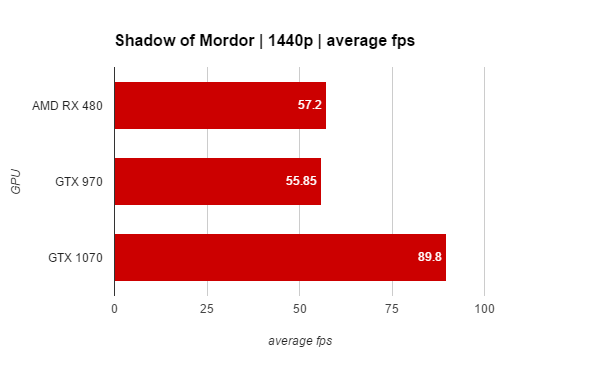 Hitman is a tough game on both CPU and GPU, with lots of NPCs milling around and some very pretty lighting effects. The game is one of AMD’s showpiece titles, so it isn’t surprising that the RX 480 was well clear of the GTX 970, posting a score of 69.7fps at Full HD and 54.3fps at 1440p, putting it 20% and 22% ahead. 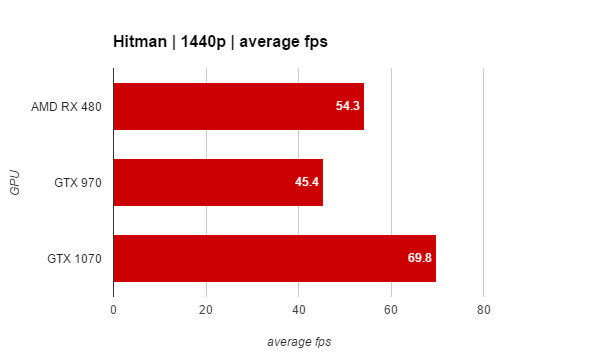 Rise of the Tomb Raider’s benchmark includes plenty of lighting and particle effects and is a decent representation of real gameplay. 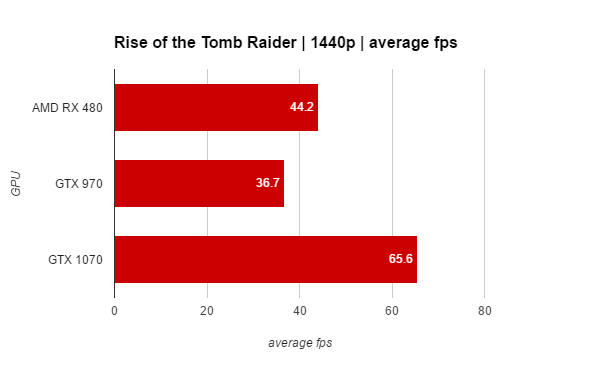 Ashes of the Singularity

We haven’t tested any other GPUs in this massive strategy game, but AMD’s marketing is very clear about the impact of async compute, so I felt compelled to try it out. I also ran the same test with the non-async compute-compatible GTX 970 to see what difference it would make. Not a huge amount, it turns out. The RX 480 managed 56.6fps while the GTX 970 managed an average of 56.6.

This doesn’t tell the complete story, however; async compute should assist with minor stutters, too, but I didn’t see any difference when running the benchmark. Still, this is one area where the RX 480 may hold an advantage in the future and is worth bearing in mind.

Fire Strike Ultra is a synthetic benchmark that doesn’t represent any game in particular, but is an extremely challenging test that normally sets aside any anomalous results from other games. The RX 480 was bottom of the pile when it came to performance here with a score of 2,638, although not by a huge amount, which rather neatly summarises the RX 480’s overall performance. 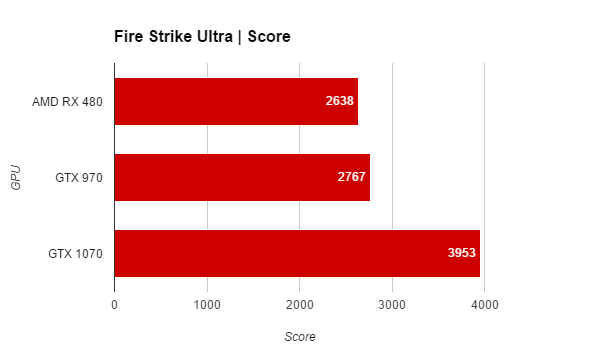 The RX 480 supports AMD’s new WattMan tool, which allows for a very customisable overclocking experience. However, I wasn’t able to sustain a well-behaved overclock during my time with the RX 480. I plan to revisit this following the launch of the card and its official Crimson drivers. I’ll also be conducting a full assessment of the RX 480’s VR performance once the drivers become available.

The same applies to CrossFireX. When it announced the GPU, AMD claimed that two RX 480s in CrossFireX could beat a single Nvidia GeForce GTX 1080 under certain conditions. Without the drivers to test it, I can’t vouch for this claim, and I’d urge those thinking of doubling up on RX 480s to wait for post-launch CrossFireX benchmarking results before shelling out £400 or more.

With excellent Full HD performance and decent 1440p frame rates as well, the RX 480 is an attractive proposition.

Since I originally published review, Nvidia has thrown as GeForce GTX 1060-shaped spanner in the works, offering a card thats 10% more powerful with 2GB less memory for around £15 more. If you can afford it, it’s a great buy, but it isn’t a no-brainer, especially if your budget is super tight.

Plus, we also now have the GTX 1050 Ti to contend with if your budget is even tighter: for just £140 you can get Full HD AAA gaming at Medium settings, which is pretty tempting. The Radeon RX 470 sits at around £185 these days and gets you nearly-as-good performance in Full HD, although you’ll only get 4GB of VRAM instead of 8GB on the top-end RX 480.

If you have a 1440p monitor and have extra money to spend, the GTX 1070 is a better bet, but if you’re on a tight budget the RX 480 is more than capable, especially if you’re not fussed about having every single graphics setting maxed out.