What is the AMD Radeon R9 Fury?

AMD promised a handful of cards with the Fury name at the top of its latest graphics range. The most recent to emerge is the Radeon R9 Fury, which sits between the flagship Fury X and the tiny Fury Nano.

There isn’t much that differentiates the Fury and the Fury X when it comes to the underlying hardware. Crucially, though, the Fury is significantly cheaper than AMD’s current flagship model.

The Radeon R9 Fury isn’t a flagship in the same way as the Fury X, but it shares much of the same hardware. Underpinning it all is the Fiji core, which uses the familiar Graphics Core Next architecture with turbo-charged components and more hardware in virtually every department.

For instance, each shader engine now has 16 stream processors rather than the 11 included in older cards. This offers a huge leap in performance.

Roundup: The Games of The Year 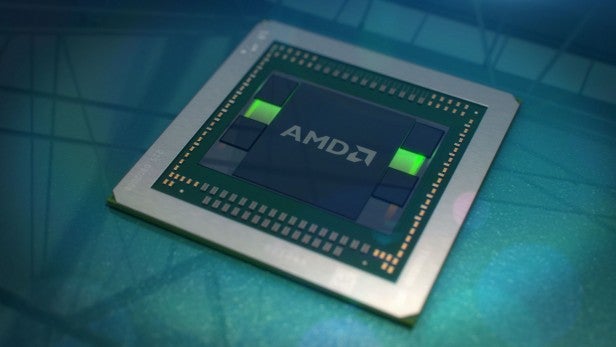 That makes up for a lack of speed in the chips themselves – the Fury’s 4GB of memory runs at 500MHz, which is slower than any other high-end GPU.

There are only a couple of differences between the Fury and the Fury X. The cheaper card has 3,584 stream processors divided into 224 texture units, as opposed to the 4,096 stream processors of the flagship model. The Fury is clocked to a cool 1,000MHz, but its bigger brother runs at 1,050MHz. 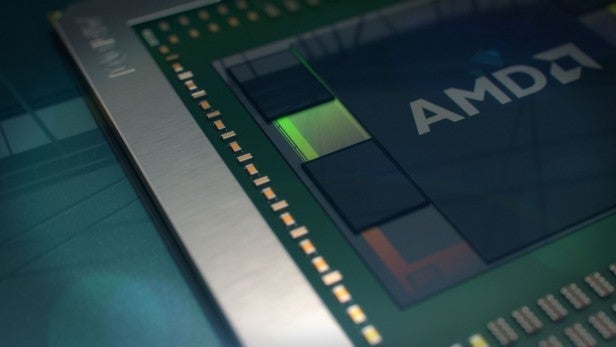 AMD’s latest card left our 1080p benchmarks in the dust. It blitzed through the majority of my test games with average frame rates beyond 100fps. Its best score was in Batman: Arkham Origins, where it topped out at 200fps. Even its poorest frame rate of 82fps in Crysis 3 is still excellent.

The Fury’s 1080p benchmarks also established an early lead over Nvidia’s GeForce GTX 980. The Radeon beat its rival in almost every test; it fell behind only in Battlefield 4. Even then, the Radeon’s result of 85fps was only one frame behind the Nvidia card and still easily playable. 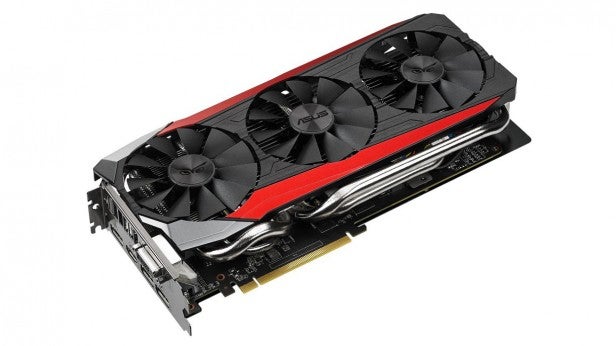 In Battlefield 4 at 1440p, the Fury averaged 60fps. This is spot on for perfect playability and five frames quicker than the GTX 980. The gap was even wider in Batman: Arkham Origins. Here the Fury stormed through at 130fps, which was 25fps beyond anything the GTX 980 could manage.

The Fury faltered only in Crysis 3, where its 1440p minimum of 34fps couldn’t match the 38fps of the GTX 980. However, it gained back ground with an average frame rate of 57fps, which was 11 frames quicker than Nvidia’s card.

Aside from the competitive aspects, the Fury proved impressive at 1440p. Every average was amply playable, which means there won’t be any stuttering when running the most demanding titles.

A resolution of 3,840 x 2,160 is the current basic for single-screen gaming, and it’s what every high-end card aspires to manage.

AMD’s card continued its dominance over Nvidia. In BioShock Infinite, its 48fps average was seven frames beyond the GTX 980; and in Metro: Last Night, the Fury averaged a smooth 41fps. That’s far beyond the 32fps of the Nvidia card.

In other titles at 4K, the Fury provided the playable frame rates that the GTX 980 couldn’t. Its 29fps average in Crysis 3 is just about playable and far more convincing than the 23fps scored by the GTX 980. In Battlefield 4, the Fury’s 32fps average is the right side of 30fps, and four frames better than the Nvidia GPU. 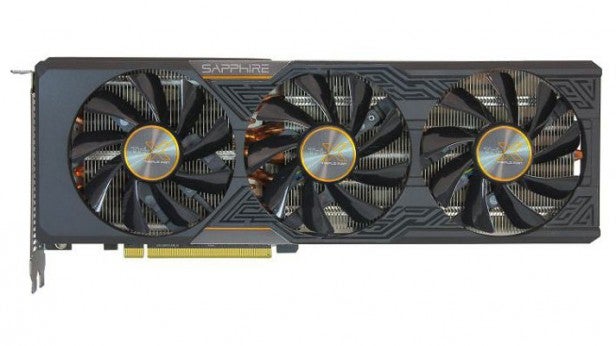 The last set of synthetic results highlighted the Fury’s market position. Its 3DMark: Fire Strike Ultra result of 3,639 is far ahead of the 2,923 scored by the GTX 980 and even comes within touching distance of the GTX 980 Ti and the Fury X, which scored 3,888 and 3,943 respectively.

AMD’s hardware outpaces the GTX 980 in almost every games benchmark, but the Fiji graphics core continues to lack efficiency when compared to Nvidia’s Maxwell architecture. The Fury’s idle power draw of 104W is far poorer than the GTX 980’s 68W – or even the 101W of the GTX 980 Ti. 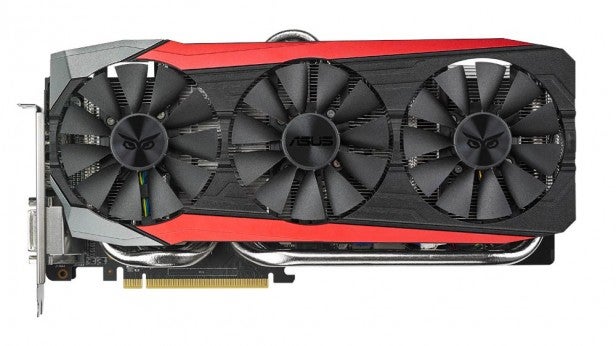 The high power requirements and relative lack of efficiency of the Fiji core means there are fewer board partner versions of the Fury than rival Nvidia hardware.

Currently, there are only four models available. Prices range from £420 to £480, but none of these versions are overclocked – they all run at their stock speed of 1,000MHz. The priciest model comes from XFX, but it’s also the most innovative: It uses a separate water-cooling unit – a design decision borrowed from the faster Fury X.

The tweaks made to the GTX 980 won’t be enough to catch the Fury, but they’ll certainly close the performance gap – and many GTX 980 cards come with free games while also being cheaper than the Fury. None of the AMD cards are currently available with games bundles.

Should I buy the AMD Radeon R9 Fury?

The Fury occupies its own niche in the high-end graphics market. It’s comfortably able to beat the GTX 980 in benchmarks, but it can’t match the GTX 980 Ti and Fury X for performance. That pattern repeats at the checkout: it’s more expensive than the GTX 980, but significantly cheaper than the other two cards.

It’s able to smash through 1080p and 1440p benchmarks, and it’s a reasonable bet at 4K too – it’s able to handle more games at playable frame rates than its closest rival. All told, it definitely packs the biggest punch at the £400-£450 mark.

If AMD and Nvidia’s flagship cards are too expensive then the AMD Radeon R9 Fury is a good option for high-end gameplay. Be warned, though – its power consumption is high.