The new Radeon R9 380X is a card I’ve been expecting for some time: there’s been a huge gap in AMD’s range since it released the R9 380 and the R9 390, which cost around £150 and £250 respectively. It makes perfect sense for AMD to slot in a new card between the two.

Although the card has a new name, it’s based on existing hardware. This is exactly the case with most current-generation AMD cards; only Fury-branded products are furnished with a brand-new core.

The R9 380X uses a revised version of last year’s Tonga core, this time around called Antigua. What’s unusual is that AMD has, for the first time, unleashed the full power of this chip. The Antigua core used inside the R9 380X has its full gamut of 2,048 stream processors split into 32 compute units, which is a step up from every previous Tonga-based part; they’ve all had 1,792 stream processors inside 28 units. 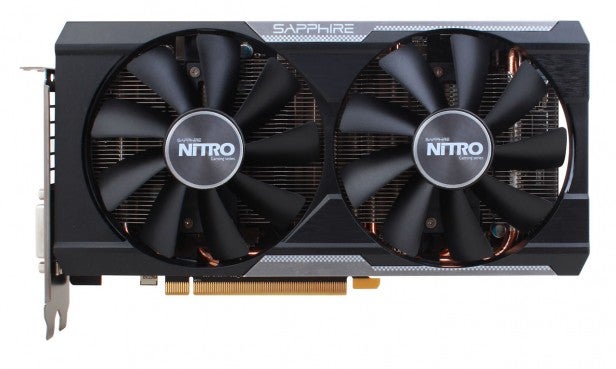 The R9 380X’s core is clocked to 970MHz, and it’s partnered with 4GB of GDDR5 memory that runs at 5,700MHz. On paper, those figures aren’t hugely impressive: the standard R9 380 runs its core and memory at exactly the same speeds.

However, AMD hasn’t actually made a reference card for the R9 380X, instead leaving it up to board partners. So, in reality this means that most versions of the card will have a core overclock when they leave the factory. The sample here, for instance, arrived at 1,040MHz – although I clocked it back down to its stock speeds for this review.

Elsewhere, it’s business as usual. The Antigua core uses a 28nm manufacturing process and is built with five billion transistors, and it supports Mantle, Vulkan and DirectX 12 – perfect for supporting forthcoming games.

The R9 380X is designed to fill a gap in AMD’s lineup, but it also sneaks between two of Nvidia’s cards. Its main competitor is the GTX 960, but almost all of those GPUs will be far cheaper than the £199 Radeon: Nvidia’s chip starts at £150 and only a couple cost more than £200.

At the other end of the scale is the GTX 970. It’s a far more powerful GPU, but it’s more expensive; the cheapest model costs £251. 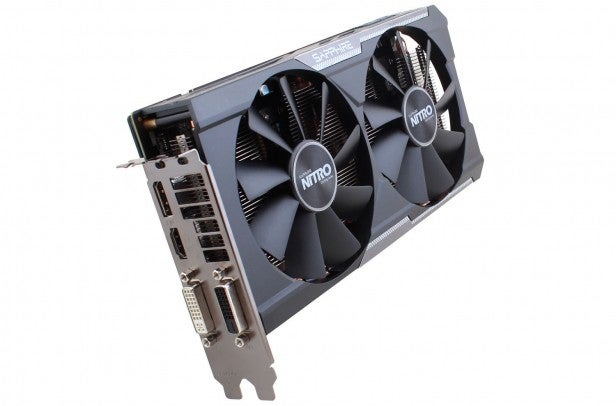 The modest improvement continued when I loaded real games. Its Battlefield 4 score of 50 is easily playable at 1080p, but it’s only three frames ahead of the standard R9 380 and two frames beyond the GTX 960.

The small gap between the two AMD cards continued in several other games. In Crysis 3 its 54fps average was only four frames ahead of the older R9 380, and in Metro: Last Light, the R9 380X’s 1080p average of 72fps was only three frames quicker. The gap in Middle-earth: Shadow of Mordor was even smaller – the R9 380X averaged 72fps, with the standard R9 380 only two frames behind.

The new AMD card only opened up a comfortable lead over its predecessor in a handful of games. In Batman: Arkham Origins its 1080p average of 115fps romped ahead of the 92fps scored by the cheaper Radeon, and in BioShock Infinite it was seven frames quicker.

The R9 380X didn’t always manage to pull ahead of Nvidia’s competition. Its minimum 1080p frame rate of 75fps was five frames ahead of the GTX 960, but its 115fps average was six frames behind the Nvidia card. In BioShock, the R9 380X’s 86fps average was only one frame better than the green team’s card.

In most other games the Radeon was able to beat the GTX 960, but the gaps between the two were inconsistent. It was only two frames better in Battlefield 4 and a couple of frames quicker in Unigine Heaven. It was better in Crysis 3 and Metro: Last Light – here the Radeon scored 54fps and 72fps, with both of those results ten frames better than the GTX 960.

The R9 380X proved quicker than the older AMD card and Nvidia’s GTX 960 in most 1080p benchmarks, and it was playable in every game, but it rarely pulled out a large lead. 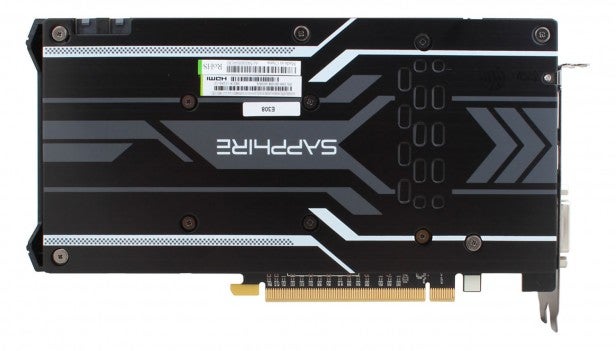 In Battlefield 4, the R9 380X’s playable average frame rate of 33fps was three frames better than the GTX 960. In Crysis 3, it led the way by six frames thanks to its result of 36fps. In Batman: Arkham Origins its 78fps average was perfectly playable, but only three frames beyond the GTX 960 – at this level, this is insignificant.

The R9 380X opened up better leads in a couple of other games. In Metro its 46fps average beat the GTX 960 by seven frames, and its 52fps result in BioShock was five frames better than Nvidia could manage.

There wasn’t a huge amount to choose between the two AMD cards at 1440p: in five of the test games at this resolution the R9 380X could only beat the cheaper Radeon by five frames or fewer.

The R9 380X continued its modest improvements over rivals at 1440p, but it’s just as important to examine the playability of games at this more demanding resolution. The R9 380X performed well, with its poorest average a still-playable 33fps in Battlefield 4. Its minimums dipped in a handful of games, but that’s not enough to cause big problems – just an occasional stutter.

AMD’s recycled architecture threw up no surprises in thermal tests. The R9 380X caused the test rig to draw 80W and 268W from the mains when idling and stress-tested. That doesn’t compare well to the GTX 960, which required only 67W and 196W. The R9 380X’s temperature never bothered us, but that figure will vary depending on the partner card used.

The R9 380X will only be sold as a partner card, with no official reference model – but there are still aspects that will be common across every board. The R9 380X will always require two six-pin power inputs. This core isn’t modest enough to lend itself to smaller designs, so cards will always be dual-slot models that need a decent amount of room inside a case.

The lack of a reference card also means that every model will be overclocked. This is likely to have a small impact on performance, although it’s rare for tweaked models such as this to add more than a couple of frames to most benchmark results.

I can’t yet be sure about the precise models that will emerge once the R9 380X has been introduced, but a rough guide can be established by looking at the slate of R9 380 cards already on the market.

Almost all of these existing cards are overclocked, with most upping the 970MHz core to 990MHz or a little beyond 1,000MHz – the most ambitious comes from XFX, which runs the core at 1,030MHz. Most of these cards are dual-fan, dual-slot models. It’s prudent to expect similarly modest leaps from the R9 380X.

That doesn’t bode well for the R9 380X. There are more smaller versions of the Nvidia card, and many come with a free game – not offered with the R9 380X now that AMD’s Never Settle bundle has disappeared.

Nvidia’s overclocks are more ambitious, too. The GTX 960’s stock speed of 1,127MHz is boosted beyond 1,216MHz on several different partner cards. 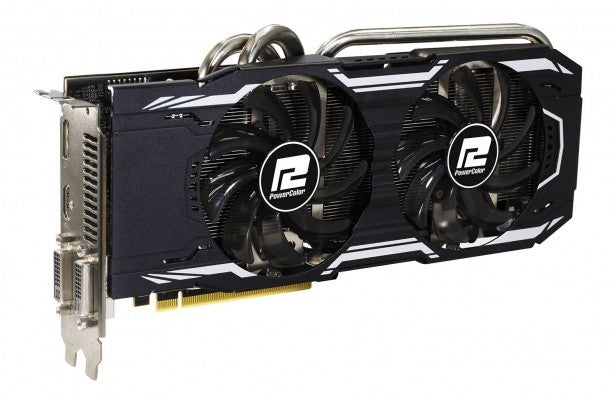 However, this doesn’t reveal the whole story. It’s £50 more expensive than the R9 380 and the GTX 960, and both rivals provide compelling arguments for saving a little cash. The R9 380 is a tad quicker than the GTX 960, and the Nvidia card is more frugal, with better board partner variation. Both cheaper GPUs handle 1080p and 1440p gaming.

The R9 380X faces strong competition looking upwards, too. The GTX 970 is at least £50 more than the Radeon, but it’s vastly more powerful.

AMD’s latest card handily exploits the gap in the market at £200 by smoothly playing games at 1080p and 1440p, but I’d look at the alternatives before spending that cash – there are plenty of contenders on the periphery that offer comparable performance for less money or markedly better performance for a little more.

The AMD Radeon R9 380X delivers solid performance, but there are cheaper alternatives out there.