AMD’s card does well on paper, but its benchmark results aren’t so convincing. The R9 290 blasted through Batman: Arkham Asylum, but its good results still couldn’t match most of the GTX 970’s scores. The R9 290 overhauled the Nvidia card with a superior 1,920 x 1,080 minimum of 93fps but, even though it triumphed in one benchmark, it’s largely elementary as the figures involved are so high.

The upside of Batman: Arkham Origins’ scalable Unreal Engine 3 design is reasonable 4K performance. The R9 290’s 28fps minimum and 41fps average mean the game will run smoothly at this high resolution although, once again, the Nvidia card was better. 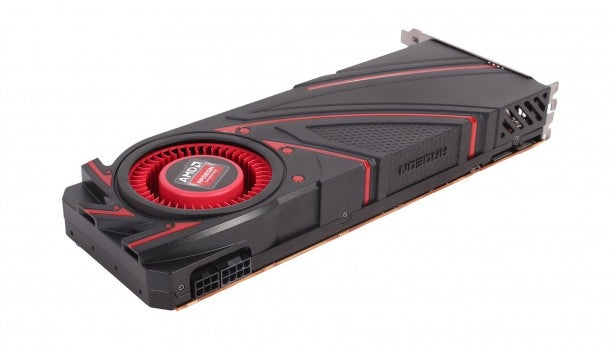 AMD’s hardware fell behind its Nvidia rival in every Bioshock benchmark, with its averages at least five frames slower than the GTX 970, and both of the R9 290’s 4K results were below the crucial 30fps barrier – a poorer result than the GTX 970, which hit a 4K average of 34fps.

The AMD card handled Crysis 3’s demanding engine with aplomb at 1,920 x 1,080, although the Nvidia card was a little quicker. Neither card proved entirely smooth at the higher 2,560 x 1,440 resolution, though, with both returning 28fps minimums. The AMD hardware proved poorer here, though, thanks to its 29fps average – one frame behind the GTX 970.

Metro is a similarly challenging game, and both cards returned low minimum framerates, but AMD’s hardware couldn’t keep up when it came to averages – it was consistently slower than its rival.

The R9 290 was usually slower than the GTX 970, which was disappointing considering its theoretical results – and its decent performance in synthetic benchmarks. In Unigine Heaven’s Extreme 1,920 x 1,080 and 2,560 x 1,440 tests it was always a frame or two ahead of its rival, and it wasn’t far behind in 3DMark Fire Strike’s test – only a couple of hundred points.

AMD’s card wasn’t far behind the Nvidia hardware in most of the performance tests, but the gulf widened in power and thermal benchmarks. The older Graphics Core Next architecture isn’t as efficient as Nvidia’s Maxwell hardware, and that’s obvious during peak power tests. When running through games benchmarks the R9 290 test rig drew a whopping 367W from the mains – but the same machine only required 262W when installed with a GTX 970.

The AMD rig’s idle power requirement of 79W was actually four Watts less than the Nvidia equivalent, but that’s cold comfort when there’s such a gulf between the two cards during gameplay tests.

The R9 290’s architecture is hotter, too, thanks to its peak temperature of 94 degrees – miles ahead of the GTX 970’s 76 degree peak. That’s not a good result on paper, but it will be affected by the quality of the cooler on each individual SKU. 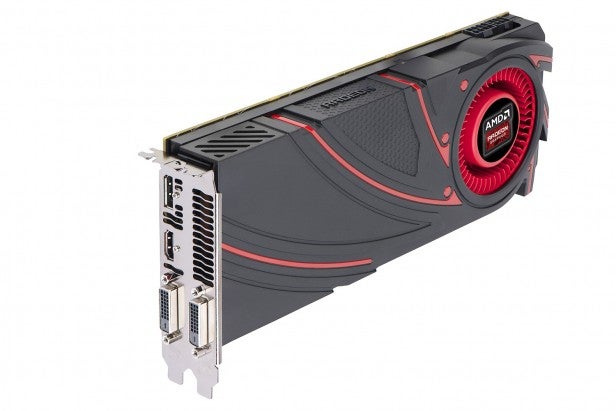 It’s always worth bearing in mind that different SKUs are available when buying a graphics card, as prices and configurations vary. The R9 290 starts at £221, but it’s possible to spend £257 on one of these cards – the price at which the cheapest GTX 970 is available.

There’s a reasonable amount of variety amid the R9 290 SKUs. Only a few pounds over the base price will unlock cards with their 947MHz cores overclocked to 1,000MHz or more, and spending £257 gets a GPU with its core and memory improved to 1,000MHz and 5,200MHz respectively. One thing you won’t find, however, is a smaller version – unlike the GTX 970, the R9 290’s core isn’t efficient enough to be chilled by a smaller heatsink.

AMD’s card is cheaper than the GTX 970, and it comes with better free games, too. The R9 290 is part of the Gold tier of AMD’s Never Settle bundle, which means you get to choose three free games from a wide selection that includes Alien: Isolation, Star Citizen, Napoleon: Total War and more. Nvidia’s card comes with a free copy of The Witcher 3, but that’s it.

The R9 290 doesn’t just fall behind in framerates, though, because the older architecture means it’s hungrier and hotter, too. If you can afford the extra cash, the GTX 970 is better in most departments and will last longer – but, if not, the R9 290 is a decent alternative.