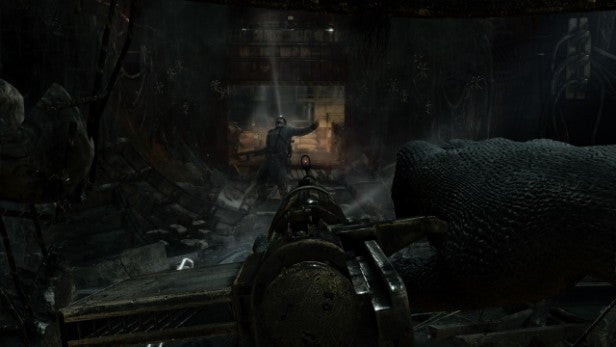 The R9 285 continued to dominate in Metro: Last Light – at least when it came to the all-important average framerate results.

This isn’t the first time the situation hasn’t been so clear-cut when discussing minimum framerates. Oddly, the R9 280 was the best performer in this group, but it’s largely a moot point – none of these cards could manage a better minimum than 6.94fps in any test. They’re odd scores that reflect slow individual frames, and didn’t bear any resemblance to the smooth play we saw on screen during tests. 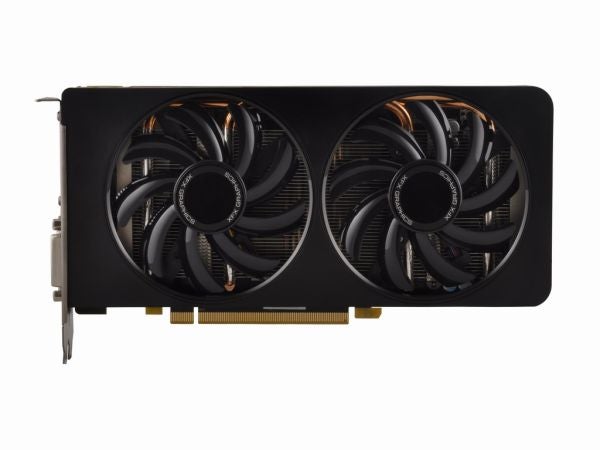 The R9 285 was the coolest card in this review, with a peak temperature of 69°C. That’s a good result – the GTX 760 topped out at 83°C – but it should be taken with a grain of salt, as thermal performance will be determined by the cooler on your card.

The R9 285 paid a price for its good benchmark performance, though, with high power consumption. When idling with AMD’s new card fitted, our test rig drew 108W from the mains, which was a long way beyond the 83W required by our rig with both other cards used. When stress-tested, the R9 285 contributed to a total power draw of 333W; both other cards required less than 300W. 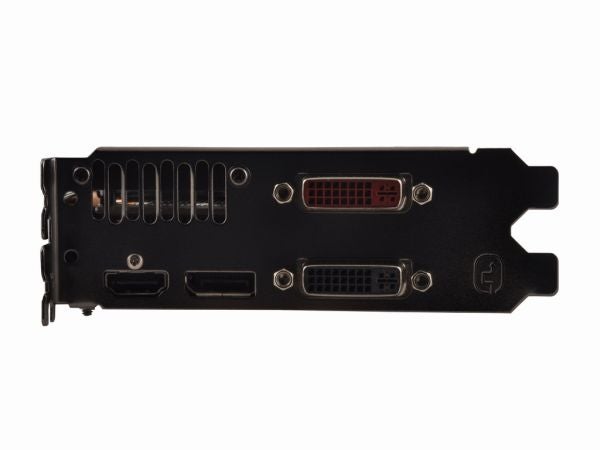 Buying a graphics card isn’t as easy as comparing benchmark results. Most manufacturers’ ranges are dominated by models with overclocks, different coolers and other unique selling points, and it’s worth checking out what’s available – and how much they cost.

Plenty of R9 285 cards are available at stock speeds, and they’re the chips that fall into the £170-£190 price range we mentioned at the start of this review. Go beyond this figure, though, and you could spend up to £200. Some of these models are overclocked – one, made by Sapphire, costs £191 and overclocks its core to 965MHz – and others feature small coolers designed for mini-ITX enclosures.

That makes the R9 285 look like worse value when up against the GTX 760, but the Nvidia card’s base prices are similarly inflated: overclocked models can cost much more than £200.

The Nvidia card is also available with both 2GB and 4GB of memory, which will improve performance. AMD specifies that the R9 285 can also be sold with the two different memory amounts, but those cards haven’t yet emerged – keep an eye out if you yearn for more RAM.

As ever, check that your PC can handle an R9 285 if you plan to upgrade. It’s important to make sure that a case has enough room for the card’s 275mm length and its dual-slot cooler, and also ensure that the power supply has two free six-pin power connectors.

AMD has introduced a new Never Settle bundle with the R9 285. This offer, dubbed the Space Edition, means that you’ll get three free games with any purchased R9 285 card. As the name suggests, the games available look to the skies: Star Citizen and Alien: Isolation are included along with numerous other games. 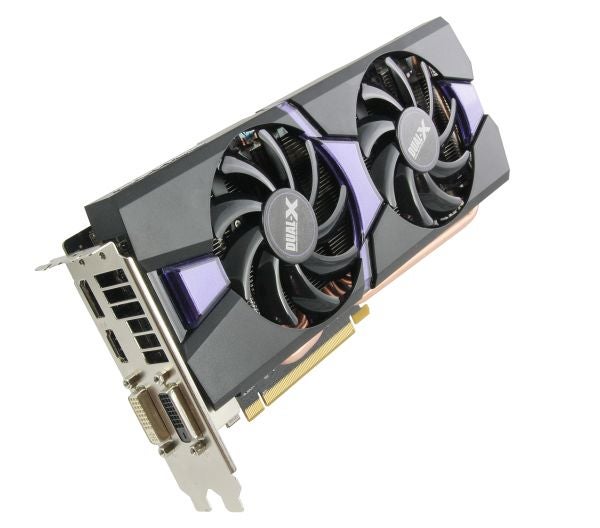 AMD introduced the R9 285 to best the older R9 280 and compete with the GTX 760, and it does its job well: its predecessor is comprehensively beaten in most important benchmarks, and it trades blows with the GTX 760.

The R9 285 is much faster than its Nvidia rival in Batman and Metro: Last Light, and it’s also faster in theoretical tests. There’s little to choose between the two cards in Battlefield 4 and Bioshock Infinite, and the R9 285 is better in Crysis 3 – but only just.

The AMD card is the better performer, but it’s a close-run thing – overclocked versions could sway us in either direction, and the two cards are evenly matched when it comes to prices. The GTX 760 is a good card for 1080p and 1440p gaming, but the new R9 285 is just that little bit better. At the sub-£200 price point, it’s our new favourite.

AMD’s new Tonga core works well in most of our gaming tests: it beats the GTX 760 in most of our games, albeit sometimes by tiny margins, and it’s no worse than its rival when it can’t pull ahead. It’s comparable in price to the GTX 760, and comes with free games. It’s our new favourite sub-£200 graphics card, albeit by the slimmest of margins.

Next, read our AMD Radeon R9 280X and the Nvidia GeForce GTX 770 comparison