There is usually plenty of fanfare surrounding AMD and Nvidia’s flagship graphics cards but it’s their lower-tier products that make up the bulk of their sales. As such, it’s important for both firms to fill out the rest of their ranges with tempting and more affordable cards.

AMD’s latest effort in this lucrative part of the market is the Radeon R7 370. It’s designed to play games at 1080p, and squares up against Nvidia’s GeForce GTX 950.

AMD’s high-end cards are lavished with the new, barnstorming Fiji core, but lower-end cards such as the R7 370 aren’t quite so fortunate.

Instead, the underlying GPU in the R7 370 is named Trinidad, which is actually a version of the Pitcairn core that debuted way back in 2012 as the Radeon HD 7850.

That core also appeared inside 2012’s Radeon HD 7870, and was recycled in AMD’s following range of GPUs, such as the R7 265. Modified, more powerful versions of the core also appeared as the R9 270 and R9 270X. To say that AMD has got its money’s worth from this versatile sliver of silicon is an understatement. 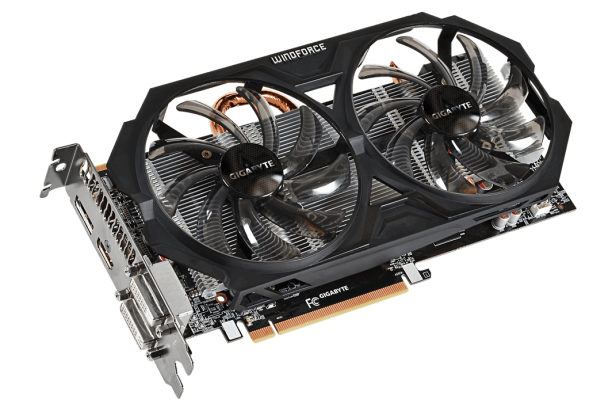 AMD has been successful with this recycling through tweaking the core while slowly moving it down its respective ranges. In the first incarnation, as the HD 7850 and HD 7870, they were affordable high-end parts, but the 200-series chips sat firmly in the mid-range. The R7 370 is one of the cheapest non-OEM cards from AMD’s current slate of products.

The only other tweak concerns memory. AMD is producing 2GB and 4GB versions of the R7 370, which it didn’t do last year – the R7 265 was available only with the lesser amount. Elsewhere, the card is still made with 2.8 billion transistors and 1,024 stream processors, and that memory is still accessed with a 256-bit bus.

Little has changed architecturally, but AMD has added features to the updated Pitcairn core. There’s support for Vulkan as well as the older Mantle API, and the company also adds compatibility with its power-saving frame limiter, LiquidVR and TrueAudio. 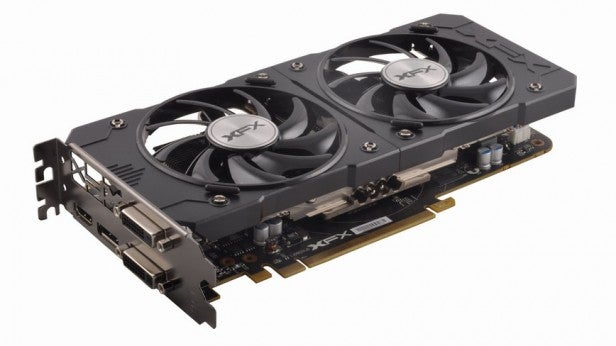 AMD isn’t making a reference design of the R7 370, so that means it’s up to board partners to produce their own cards. We’ll examine those later, but one common factor should be the relatively modest demands of the R7 370: it requires only a single six-pin power connector.

AMD isn’t alone in squeezing more life from its products. The R7 370’s key competitor, the Nvidia GTX 950, relies on the second generation of the company’s Maxwell architecture.

The GTX 950 uses 2.94 billion transistors and has only 768 stream processors – but it’ll still be a close-run thing. Tests with other Maxwell cards have shown that Nvidia’s newer architecture is far more power-effective than AMD’s hardware. The GTX 950 is clocked to 1,024MHz, and is available with either 2GB or 4GB of GDDR5 memory clocked to 6,610MHz.

The affordable R7 370 is designed as a 1080p card, so that’s where I started my benchmarks. Thankfully, it proved playable in every game at this resolution.

Its minimum and average score of 31fps and 37fps in Battlefield 4 are enough to ensure smooth play, and the AMD card returned an excellent average of 55fps in BioShock Infinite. Crysis 3 is my toughest game, and here it averaged 35fps. It reached an impressive 84fps in Batman: Arkham Origins. 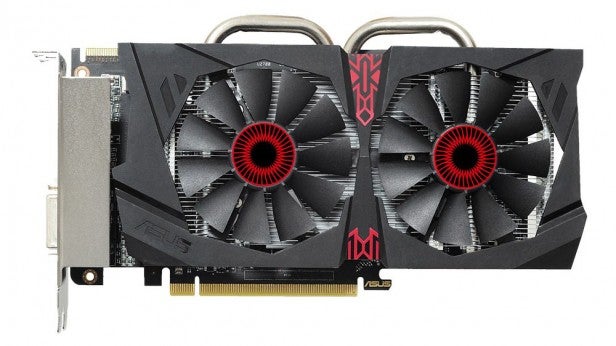 It’s a good set of results for playing games at 1080p, but the R7 370 is less impressive when compared to Nvidia’s hardware. That 84fps result in Batman can’t compete with the 108fps of the GTX 950, and its averages fell behind in five other titles. In Tomb Raider, for instance, the AMD card’s 67fps average was seven frames behind Nvidia.

There were only small glimpses of hope for the AMD card; its minimum and
average results in Middle-earth: Shadow of Mordor were both better than
the GTX 950, and it had a better minimum but poorer average in Metro:
Last Light.

Its initially impressive Battlefield 4 pace collapsed to a sluggish 24fps, and in Crysis 3 the AMD card languished with minimum and average frame rates of 14fps and 21fps. Its score in Middle-Earth: Shadow of Mordor was inconsistent – its average of 32fps is playable, but its minimum of 24fps suggests that the game will chug during busier scenes. 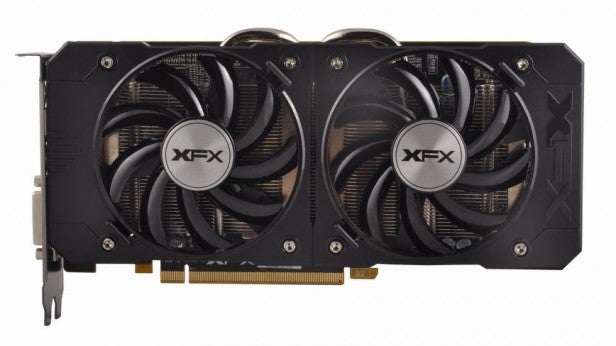 Only less demanding games ran at 1440p and their highest settings. The Radeon’s BioShock average of 34fps is reasonable, and it managed minimum and average frame rates of 33fps and 51fps in Batman. It then ran through Tomb Raider at 42fps.

The R7 370 continued to fall behind the Nvidia card at this resolution, too. In the tougher 3DMark Extreme test, the Radeon’s result of 2,364 couldn’t match the 2,901 scored by the GTX 950. Plus, the AMD card’s Unigine frame rate of 14.9fps was almost two frames slower than the Nvidia card.

As predicted, AMD’s older architecture suffered in my power consumption benchmarks too, although perhaps by less than I might have expected. When using the R7 370, my test rig required 96W and 192W when idling and running at peak respectively. The Nvidia GTX 950-powered machine needed just 61W and 171W in the same tests. 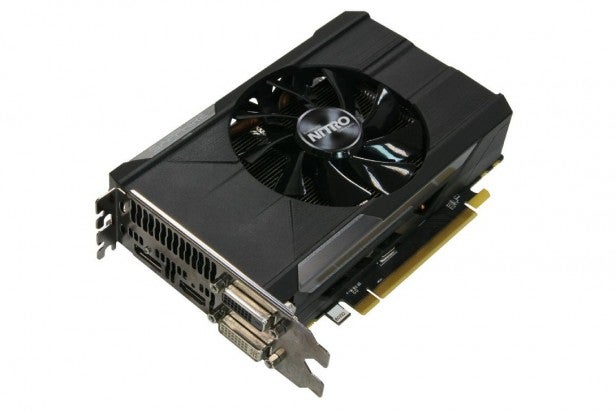 The lack of an AMD reference version of the R7 370 can sometimes mean that board partners are able to demonstrate design versatility, but this isn’t the case with this card.

Prices for 2GB versions of the R7 370 range from £118 to £137, and the 4GB model costs between £140 and £150. There are nine cards available in total, but they’re all depressingly similar. Eight of them are dual-slot, dual-fan models, and the sole card with one fan is no smaller or thinner than the other products available.

Most of the cards available are overclocked, but the tweaks are minor. The most ambitious card is the Asus Strix model, which runs the core at 1,050MHz. Several others add only 10MHz or 20MHz to the core, which won’t make a noticeable difference to games.

It’s disappointing elsewhere too. The lack of a smaller design hampers the R7 370’s use in mini-ITX enclosures, plus none of these cards are supplied with any free games.

On Nvidia’s side of the fence things are more positive. GTX 950 cards range in price between £126 and £150, and the majority come with a free game. Some are available in smaller, dual-slot designs, and overclocks are more ambitious. Models from Gigabyte, Zotac and Palit are all available with the 1,024MHz core running at 1,241MHz or higher. The only downside is the lack of 4GB models on the market.

AMD sells the R7 370 as a card designed for 1080p gaming, and I have no quibbles about that – its benchmark results indicate that it’ll handle any game at this relatively modest resolution.

However, this latest card doesn’t look as impressive when stacked up against Nvidia’s GTX 950. The GeForce card is consistently quicker and uses less power, it’s available with more board partner variety, and there’s little difference in price between the two chipsets.

The red team has got a good amount of value out of this old GPU, but it’s showing its age. The Nvidia GeForce GTX 950 remains the best card to buy for 1080p gaming.