The latest graphics card from AMD is the most affordable I’ve seen from its 300-series of parts. At just £84, it costs less than anything that’s recently been released by either AMD or Nvidia.

That makes the R7 360 suitable for gamers wanting to play titles at 1080p, but without forking out more than £100. AMD also says it’s suitable for MOBA players who want to game with settings beyond what any integrated core can offer.

This is one of AMD’s cheapest discrete cards, so the firm has recycled and boosted an older part to create the R7 360.

The core used here is called Tobago, but underneath it is the Bonaire GPU used in the older R7 260 and R7 260X cards. The full-fat Bonaire core has 14 compute units with 896 stream processors, which AMD had cut down to 12 units and 768 stream processors for the R7 260. It’s done the same here, with 12 compute units used to form the R7 360. 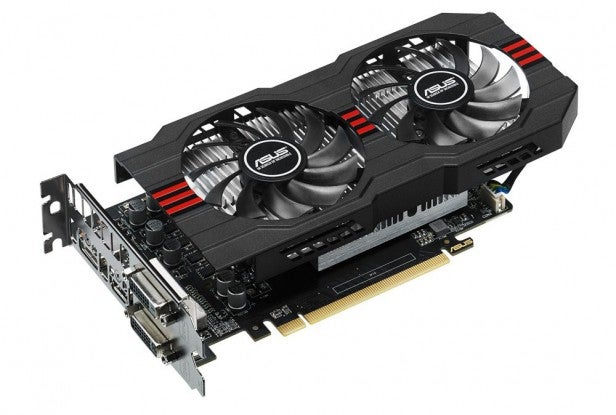 The core might be the same, but AMD has given the R7 360 a little boost with clock tweaks across the board. The revised 1,050MHz core is 50MHz quicker than last year’s card, and the 2GB of GDDR5 memory runs at 6,500MHz – an improvement of 500MHz on last year.

It’s a modest card, with several board partner versions barely any longer than a PCI Express x16 slot. This makes the R7 360 ideal for smaller cases. In addition, the card requires only one six-pin power connector, which means it’ll be compatible with a greater number of power supplies.

The R7 360 has strong competition, however. Nvidia’s GeForce GTX 750 is available in only a couple of variants but costs a tempting £95. The GeForce GTX 750 Ti has been around longer, which means a bigger selection of cards is available, and its prices start at £90 thanks to a recent price drop from Nvidia.

The R7 360 is a budget card designed for 1080p playback and smooth gameplay in less demanding titles. This was seen out in the benchmarks, where it struggled to run some games with smooth frame rates.

In Battlefield 4, its 1080p minimum and average frame rates of 23fps and 28fps are a little below what I’d consider smooth, which means that gameplay will occasionally stutter unless quality settings are dropped. Those minimum and average results were four and two frames better than the GTX 750, but it’s still an inauspicious start – especially when the GTX 750 Ti romped through with an average of 47fps. 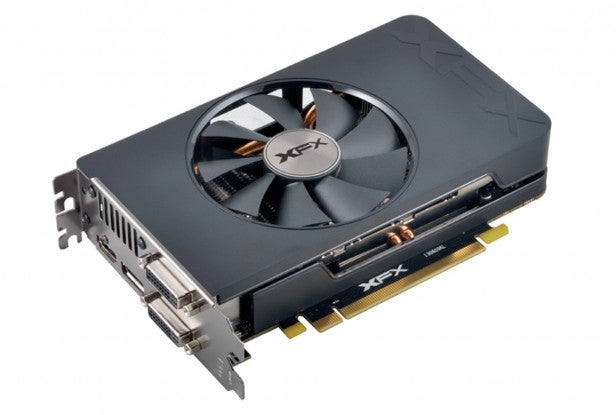 Batman: Arkham Origins is a less demanding title, and here the R7 360 improved. Its 1080p average frame rate of 60fps is enough for smooth gameplay, and it divided the two Nvidia cards: the GTX 750 was three frames quicker, but the GTX 750 Ti could manage only 58fps.

Batman is also one of the only games where the R7 360 returned a playable score at 1440p, with an average of 36fps.

The Radeon continued to deliver playable 1080p speeds in BioShock Infinite, where it hit an average of 39fps. That’s good, but it’s unable to match Nvidia: the GTX 750 and GTX 750 Ti hit 41fps and 65fps.

In Metro: Last Light, the R7 360’s average of 32fps is two frames behind the GTX 750, but the tables were turned in Middle-earth: Shadow of Mordor. This was the AMD card’s most convincing victory, with its 29fps average ten frames better than the Nvidia card – but its 15fps minimum also means that it may occasionally stutter when played at its highest settings.

In Tomb Raider, the R7 360’s 49fps average was one frame ahead of the GTX 750; and in Grand Theft Auto V, the AMD card average 56fps – two frames ahead of the Nvidia GPU. 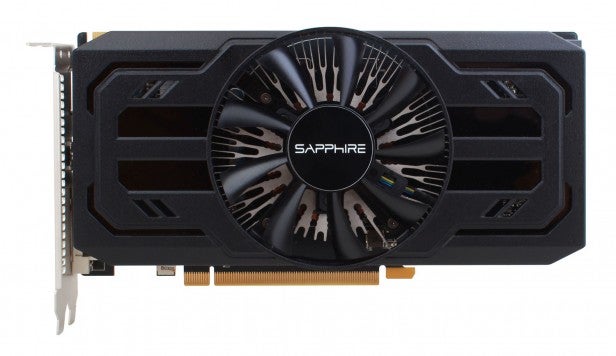 There isn’t a huge gap between the R7 360 and GTX 750 in games benchmarks. The R7 360 and GTX 750 each had better average frame rates in four out of eight games tests. AMD’s card was a little better in minimums, with five victories to the GTX 750’s two, but many of those minimum scores are far below what I’d consider playable – which means games could stutter when run on either card.

Both the R7 360 and GTX 750 are also shown up by the GTX 750 Ti. Its more muscular specification means it’s better in almost every benchmark. 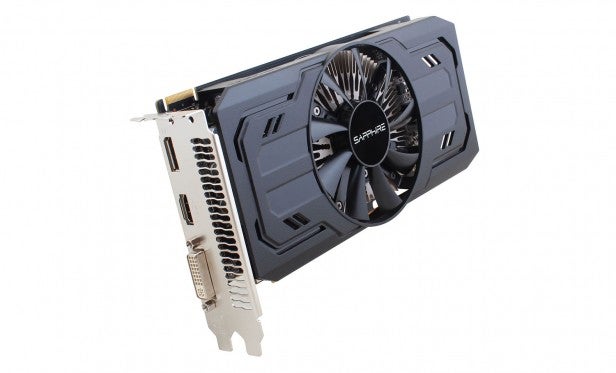 The lack of a reference card means that board partners have been busy. Six models are available at the time of writing, with prices ranging between £84 and £96. Most of those are overclocked: the cheapest card costs £84 and adds a modest 10MHz to the core, while an £89 card from Gigabyte ramps the core to a more impressive 1,200MHz.

Those cards are all retail versions, but look out for an OEM model that could appear in pre-built systems. The OEM version of the R7 360 uses the same Bonaire core as the consumer card, but it’s clocked to 1,000MHz rather than 1,050MHz.

There aren’t many GTX 750 variants available right now, but that card has one big advantage over the AMD chip – it doesn’t require any power connectors.

The GTX 750 Ti wins for board partner variation. There are small and large models, many with sizeable overclocks, and a passive model costs £99 – perfect for building a silent gaming PC. The higher power requirement of this card does mean that it requires a six-pin power connector. 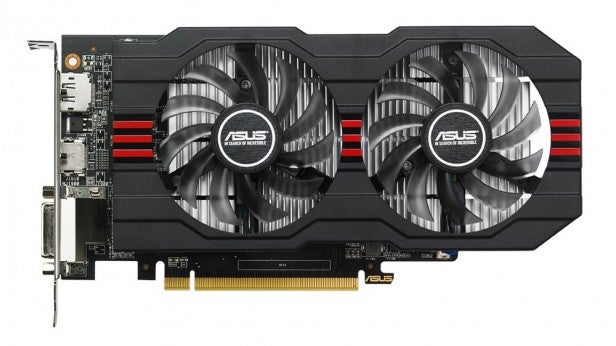 The R7 360 is presented as an affordable card for 1080p and MOBA gameplay, and AMD has fulfilled this brief: it played most of the games at 1080p with their highest settings enabled, and wasn’t far from smooth gameplay in other titles. It was marginally better than the GTX 750, which was similarly competent with average frame rates but suffered with poorer minimums.

This may look like a victory for AMD, but the situation isn’t that clear-cut. The price cut to the GTX 750 Ti means that it now costs less than £100, and it’s better than the R7 360 in almost every game, alongside offering m ore board partner variation and better power consumption.

The R7 360 is a competent low-end card that’s worth buying ahead of the GTX 750, but the GTX 750 Ti is easily the best option when it comes to graphics cards that cost less than £100.

Itching to play some new games? Then take a look at our verdicts on two of the hottest genres around right now. Here’s what we think of this year’s best FPS titles, and click here for the low-down on the top RPG games.