If you're just after a basic smart plug to use with an Amazon Echo, the Amazon Smart Plug is ideal. You can use Alexa schedules to configure when the plug turns on and off. However, you miss out on some of the more advanced controls offered by rivals. Given the relatively high price, the Amazon Smart Plug is generally outclassed by the competition, but it remains a good choice if you're simply looking for voice control

A smart plug is one of the easiest and most useful upgrades to your smart home, turning the dumb into the intelligent. There are many models available, but the Amazon Smart Plug is one of the simplest to use and is designed specifically to work with Amazon Alexa.

It gets the basics right, but this really is a very simple smart plug. As such, if you need to do anything more complicated than turning the plug on or off, you’re better off looking elsewhere.

Coming with the latest version of the Alexa software, I simply had to get the plug out of its box and plug it into a power socket. Within a minute the Alexa app pinged me a push notification stating that a new plug had been found and was ready to use. It’s as simple as that. 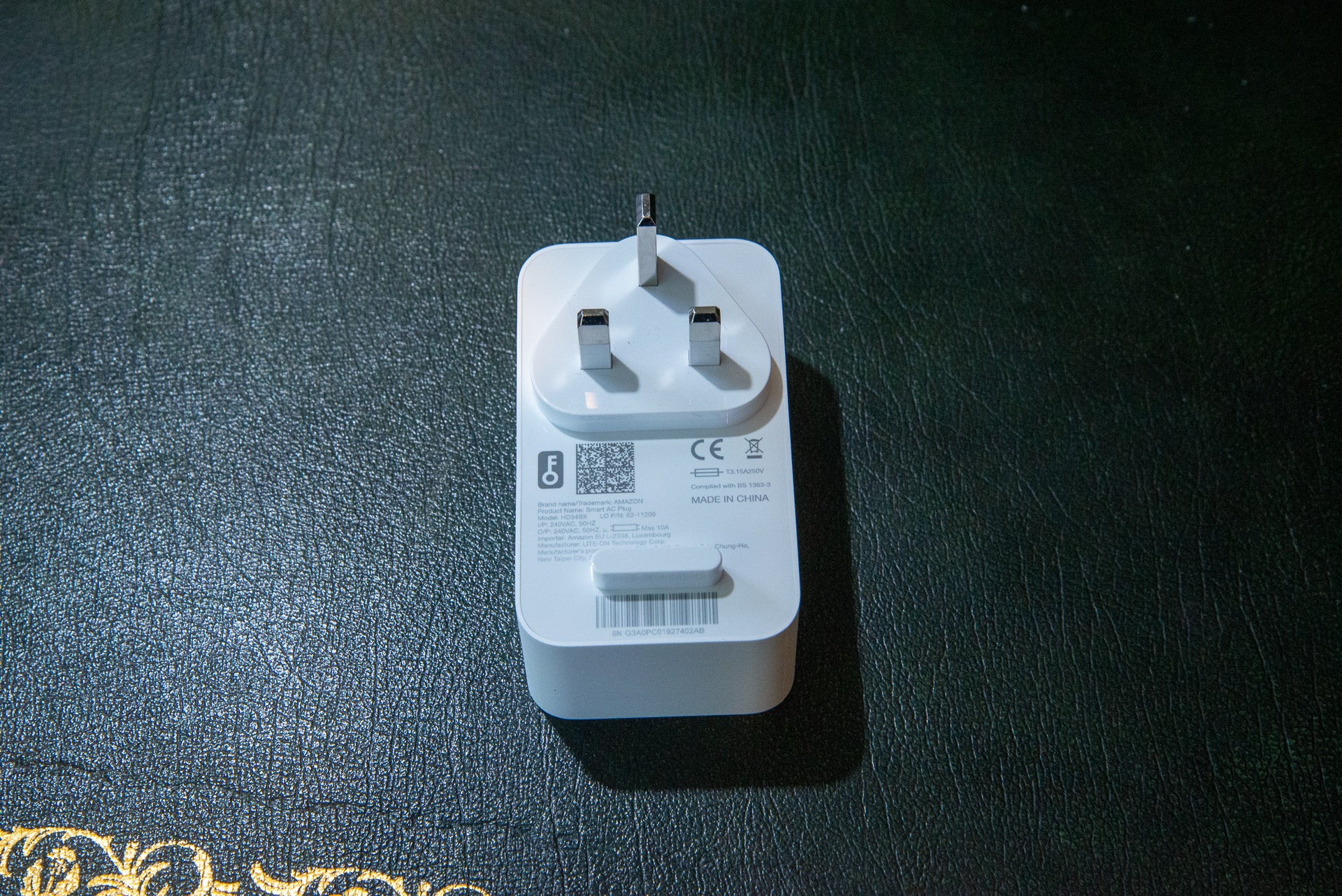 The barcode on the back is for setup, although you shouldn’t need to scan it

If Alexa doesn’t discover your plug, then you can add it manually, scanning the barcode on the rear and configuring it manually to connect to your wireless network. By default, Alexa calls the plug “First plug”, which is hardly useful, so it’s worth changing the name to something that’s less general.

The Smart Plug is pretty plain to look at, sporting a rectangular body that doesn’t protrude too much. In my experience, the Smart Plug didn’t obscure other power sockets when it was plugged into a double wall socket or even a multiway extension cable.

Control is exceptionally simple with this smart plug. Via an Amazon Echo, you can use your voice to turn the plug on or off. If you prefer, you can use the Alexa app on your phone and toggle power that way, too. As with other smart plugs I’ve reviewed, it takes a second or two for the Amazon Smart Plug to respond to a command. 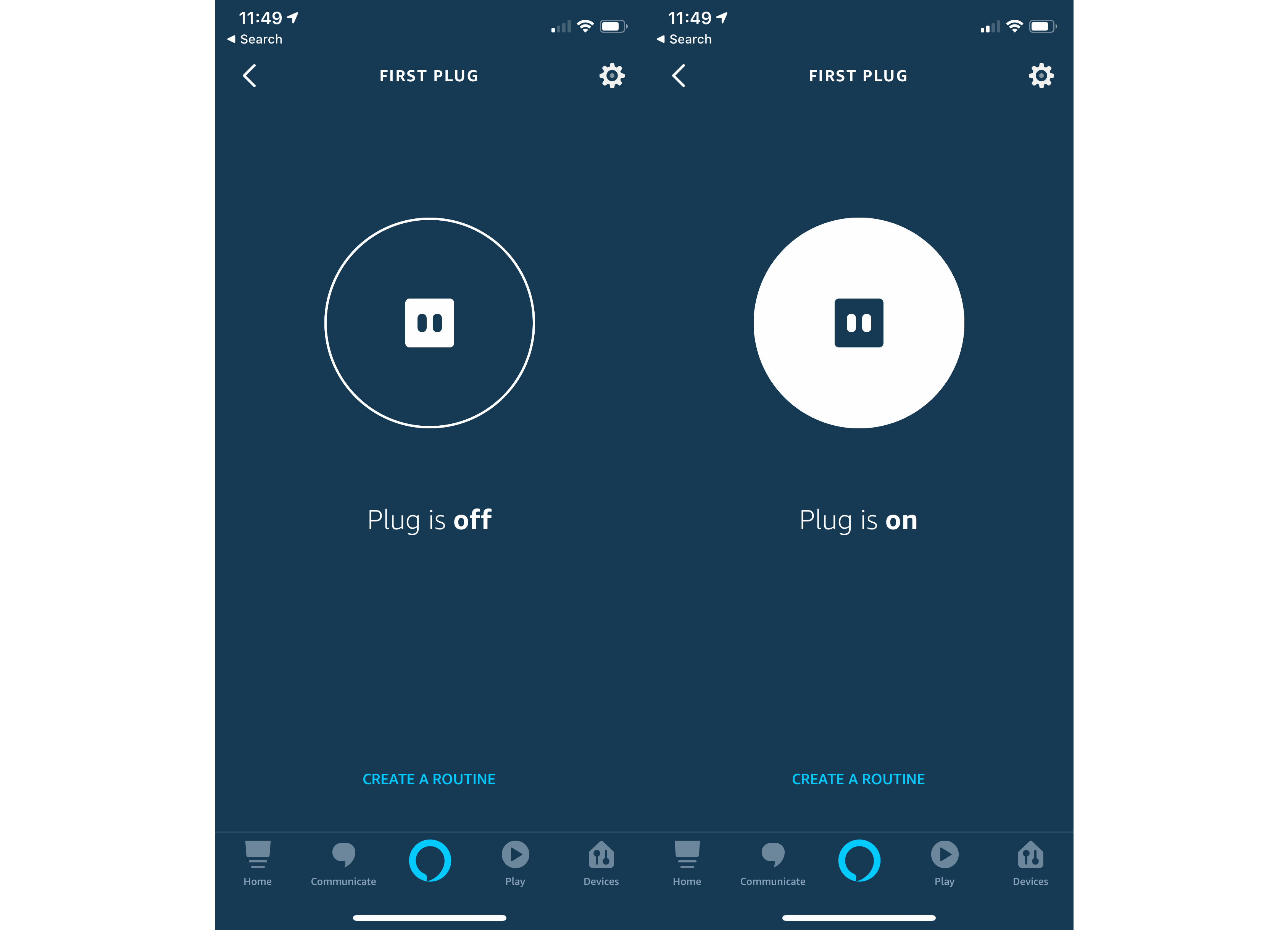 There’s also a button on the side of the Amazon Smart Plug in case you need to control it manually. Since the button is located on the left, it makes sense to plug the smart plug into the left-most socket so it’s easier to reach. 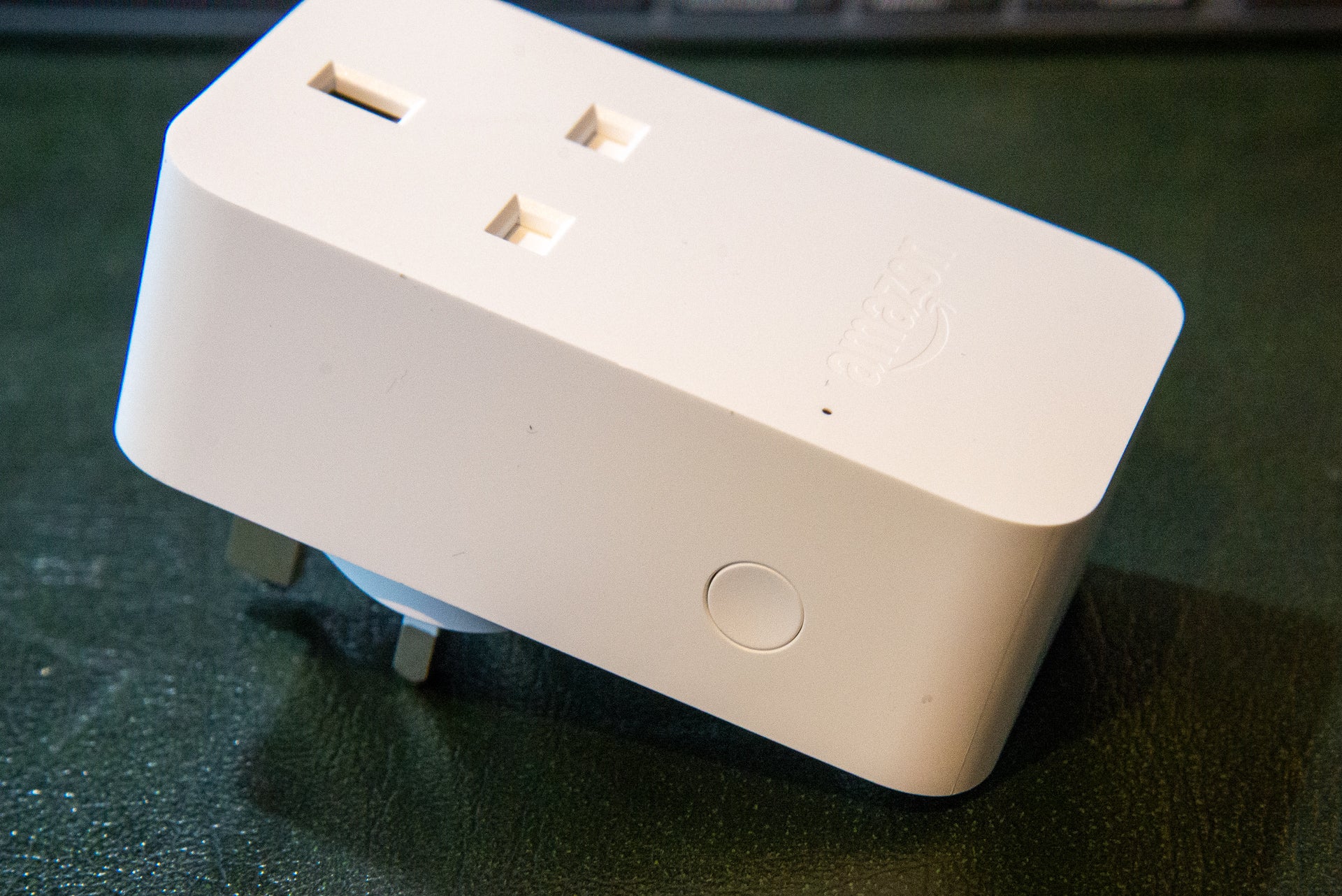 This button lets you turn the plug on or off

Smart plugs can be included in Alexa Routines, letting you turn on multiple devices at once, or automating control based on time. That’s handy for some jobs, but the same is true of any Alexa-compatible smart plug.

Where you miss out with this model is with advanced controls. If you buy a Belkin WeMo Switch, for example, you can set an Away mode, where the power is turned on and off at random. When the WeMo Switch is connected to a lamp, this can be used to simulate occupancy. Upgrade to he WeMo Insight Switch and you get the ability to monitor power, too.

You can use Amazon Alexa Routines for basic on/off control with this smart plug, but you have to set specific times to turn on or off, making the Amazon Smart Plug less flexible than the competition.

Should I buy the Amazon Smart Plug?

The Amazon Smart Plug is a perfectly decent product. Indeed, if you just want simple on/off control using your voice or the Alexa app, then it does the job well. If you’re after granular control, would like a greater number of features and wider voice support outside of Alexa, then there are far better smart plugs available for less.