A decent cheap tablet from Amazon, this could suit you well if you want to watch videos on the go but are constrained by a tight budget

Amazon has an appealing range of budget tablets, but the Fire HD 8 could be the perfect combination of features and price.

The Fire HD 8 has an 8-inch HD screen making it very portable and it has the same operating system you’ll be used to if you’ve previously had an Amazon device.

This means it’s very tied into Amazon’s Prime ecosystem, serving up movies, books and more if you pay the monthly sub.

The Amazon Fire HD 8 has a basic yet practical design. The rear is made of plastic, available in shades of Black, Rose or Denim, and it’s got a matte finish.

It doesn’t pick up any greasy fingerprint smears, and it still feels fairly robust to the touch. Scuffs are possible, though it has held up fairly well during my experience when, I confess, I haven’t been particularly gentle with it or kept it in a case.

The design isn’t going to win many points for style, as it doesn’t look expensive or feature many premium materials in its construction. However, for a device at this price you can’t really be expecting this and the simple looks get the job done.

There are some decent connectivity options for this tablet. If you’re looking to connect your headphones, then a 3.5mm headphone jack is available as well at Bluetooth 5.2 for wireless headphones. Then there’s a USB-C connector for charging, and a MicroSD card slot if you want to expand the onboard 32GB or 64GB storage allowance.

The screen measures 8-inches, which is not particularly large for a tablet, and although it is HD (as indicated by the name), the 1280 x 800 resolution is not brilliantly sharp by modern standards. Watching films and TV shows on this, I’d say that the quality is acceptable but it’s nothing to shout about.

The colours are washed out, the blacks are more like grey and the brightness levels aren’t strong enough to combat the sun if you’re planning on using this on a train.

There’s not a powerful processor inside the Fire HD 8; but again, you can’t expect that to be the case at this price point. It won’t double up as a laptop, and it won’t be able to run high-performance gaming titles; but I found that it is still perfectly capable of running my favourite everyday apps, video streaming services, and some basic games.

The software is based on Android, though if you choose to buy a reduced-price version of the tablet then you will find it bombarded with adverts. It’s up to you whether that’s worth the trade-off in costs, but it is rather annoying.

You also can’t, by default, access the typical Android Google Play Store you’d find on one of the best Android phones. Instead, there’s Amazon’s app store alternative which has big titles (Netflix, Disney Plus, Facebook etc) but not quite the breadth of Google’s alternative.

The software Is tied closely to Amazon Prime, funnelling content from its various categories onto the device. It does work without a Prime subscription, but the experience is somewhat limited.

When booting up the system and flicking between apps, some animations are not particularly smooth but I didn’t experience any serious shuddering slowdown or crashes, and it seemed eminently capable of running the apps available on its Amazon App Store.

You can check out the benchmarking performance scores in the table below:

There’s nothing here to blow your socks off, but the power on offer here is perfectly adequate for powering many popular tasks. It won’t suit you if you’re a keen gamer, but if you’re planning to use this tablet just for running video streaming apps and checking your emails, then this one is capable of that.

Again, the performance of the camera needs to be prefaced with a proviso about the price; you can’t expect high-quality shots from this device, but it does still have a front-facing and rear-facing sensor, each with a 2-megapixel resolution.

You won’t be able to take the kind of stunning shots that you would want to keep in the family album, but you can hold video calls and take snaps for some future reference. Images are a little grainy, and the camera app itself can be slow, but it does work. When you’re using it for video calls (Skype, Microsoft Teams, and Zoom are all supported) your face is still clearly distinguishable.

Above is a sample image from the rear camera, and though this dull and grainy shot demonstrates the camera’s limitations, it still may just be good news to you that you can even have picture-taking and video-calling functionality on a cheap tablet like this one.

A good battery is very important to any portable entertainment device, tablets included. Amazon claims that this one gives you around 13 hours of battery life in total, and in my experience I certainly felt that it had enough battery to get me through long journeys or busy days without fretting about losing charge too early. To take one example, it lost 6% battery after an hour of streaming a TV show on Disney Plus.

When on standby, this device is highly power efficient; over the course of the night, it had only lost 1% of its juice when I checked the following morning.

Charging is not lightning quick, but I found that this tablet regained its battery at a reasonable rate, going from flat-out dead to 60% in slightly over one hour. It’s not the kind of device you can quickly juice up before a journey if that task has slipped your mind, but it does mean that you won’t have to leave it plugged into the socket all night to get enough power to do anything with it.

You’re on a budget: If you’ve not got much cash to spend, this tablet is good value and offers a good streaming device for accessing Prime content.

Performance is key: If you’re looking for a high performer, particularly for mobile games, then you should set your sights higher.

The Amazon Fire HD 8 is not an excellent performer in any category, but it does offer you all the basics.

If you’re very tight on cash but would like a portable screen to entertain you, then this will do the job adequately and does support many popular apps, but you can’t expect blistering performance to support top-end games, or pristine camera quality when you’re making video calls.

As long as you manage your expectations with its price tag in mind, then you’ll probably find that this tablet is solid enough to do what you need it to do.

Unlike other sites, we thoroughly test every product we review. We use industry standard tests in order to compare features properly. We’ll always tell you what we find. We never, ever accept money to review a product.

Camera tested in a variety of situations 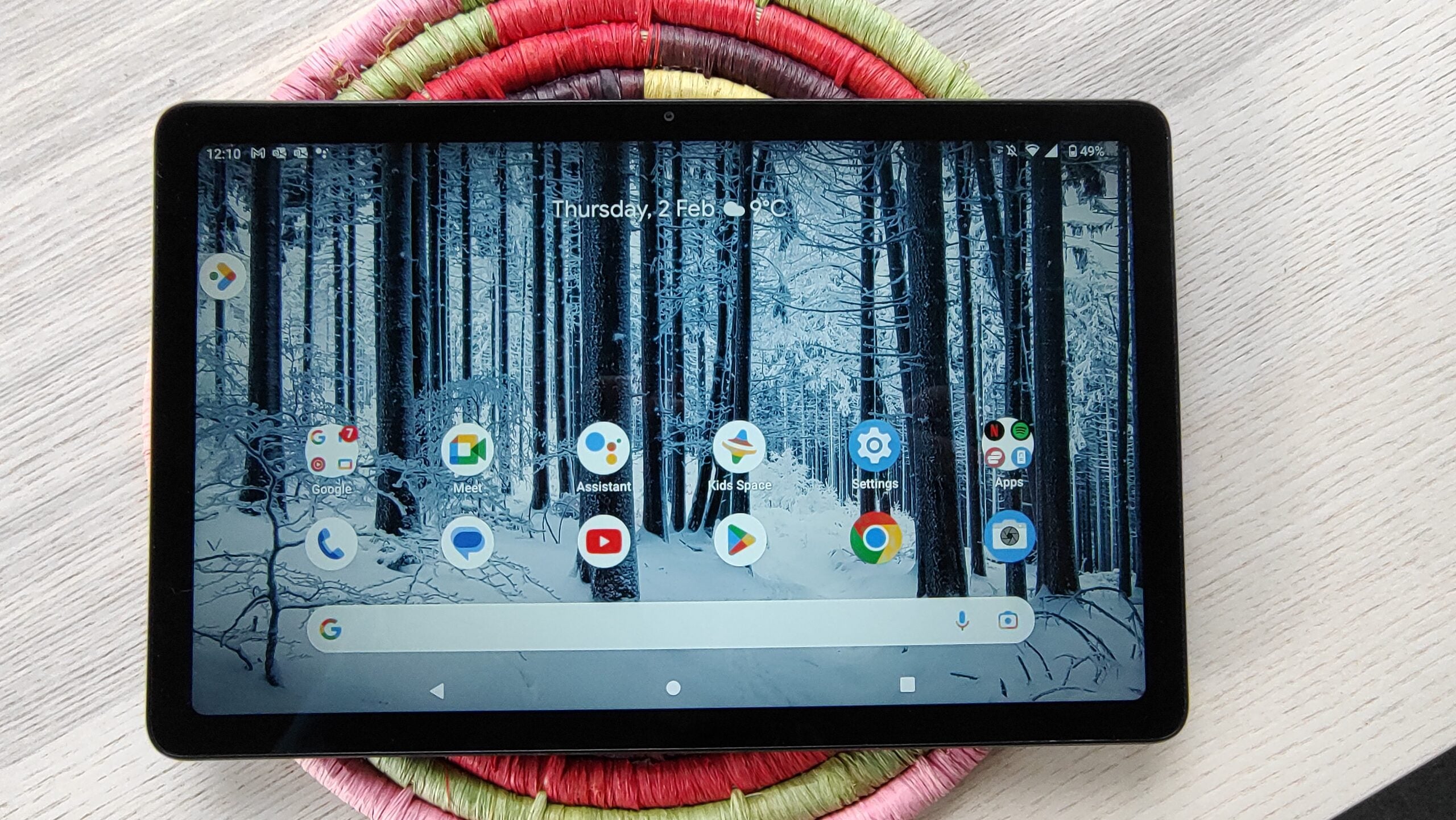 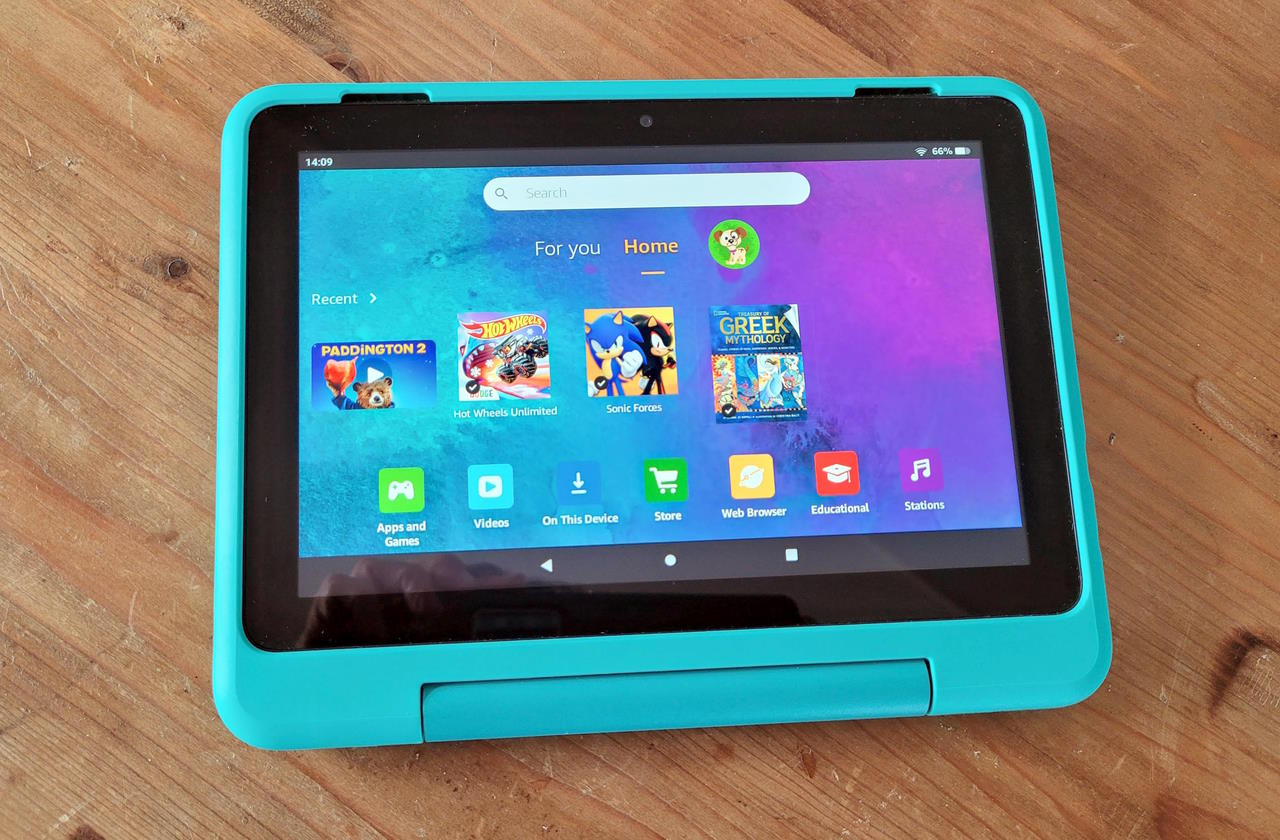 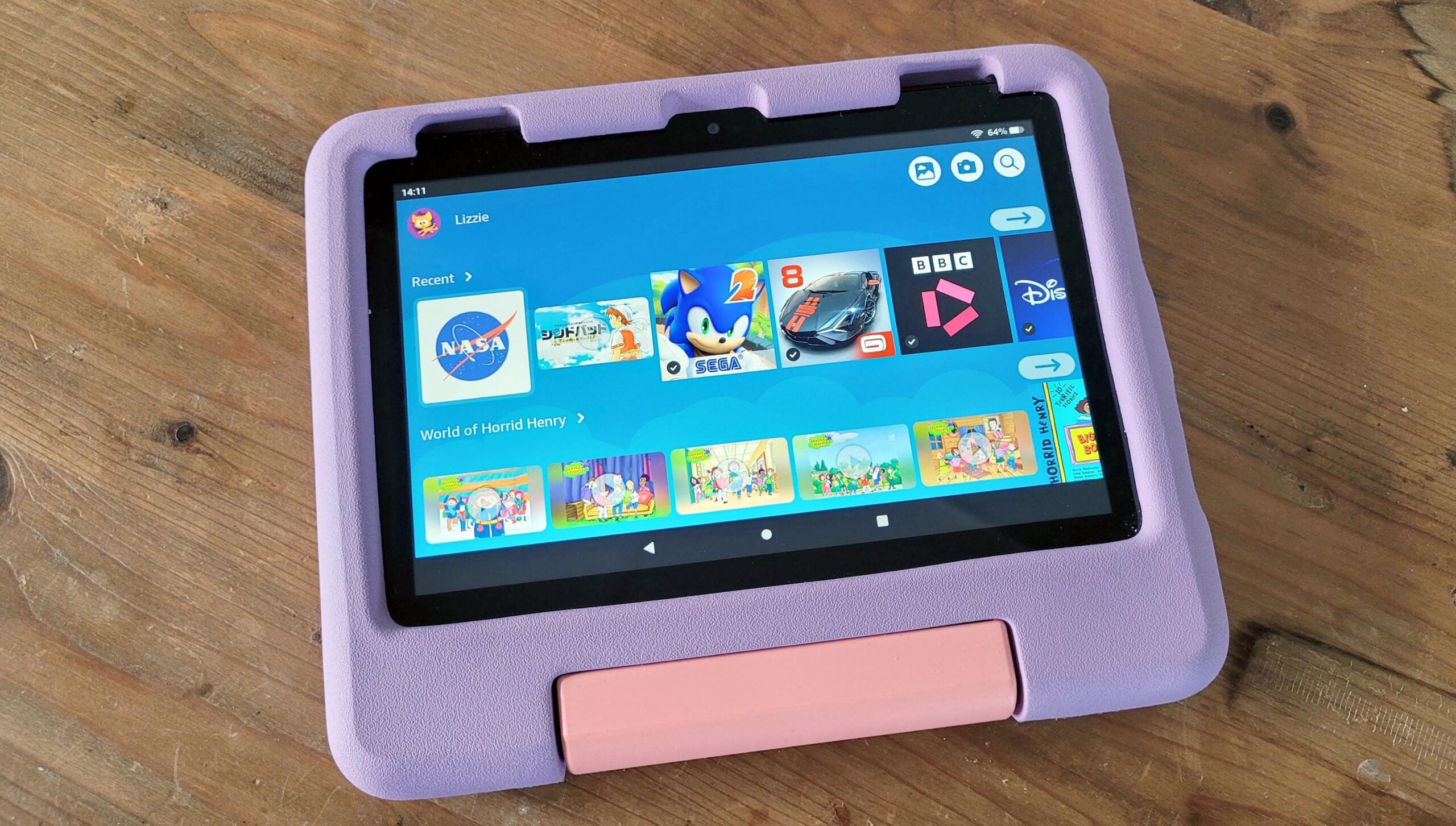 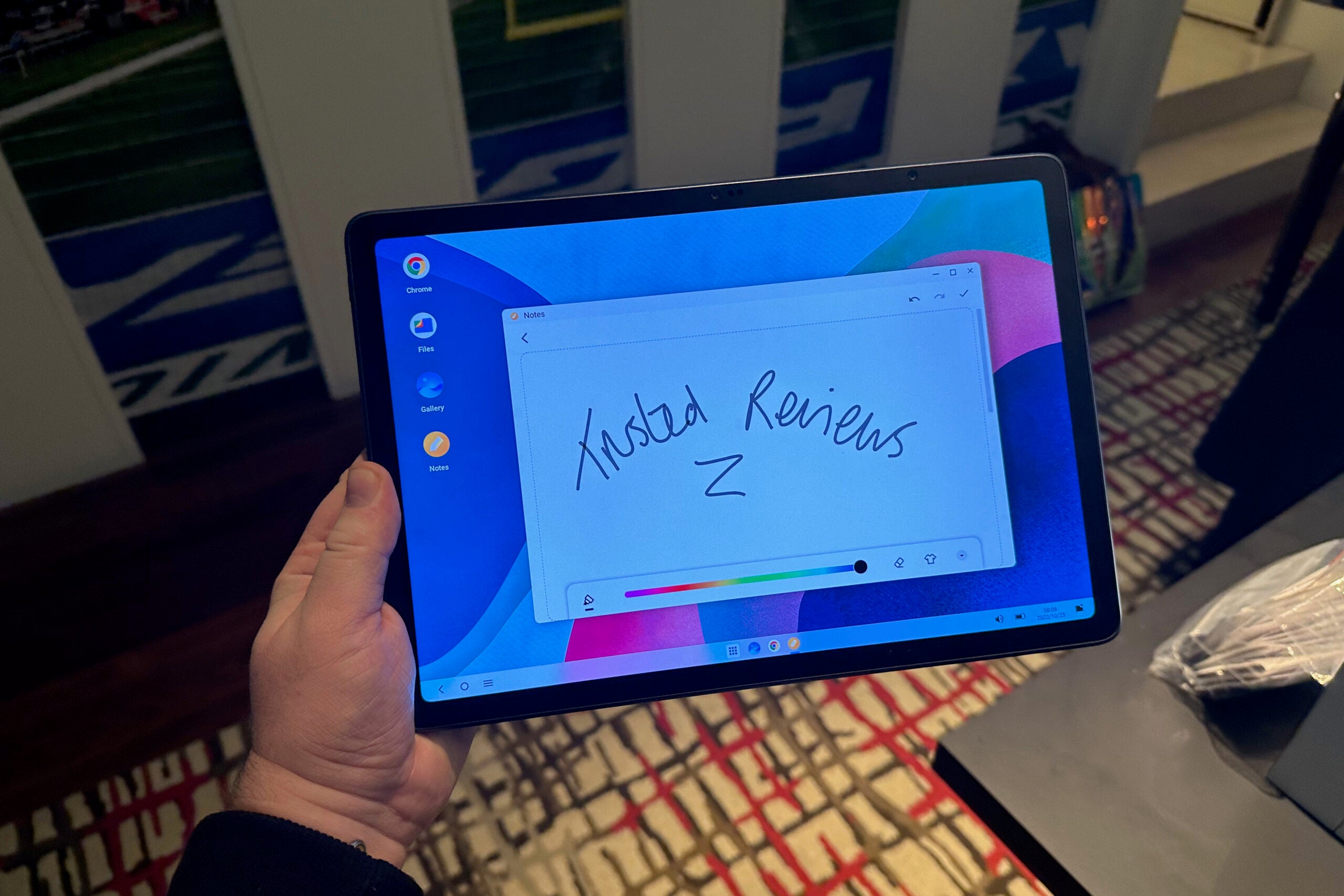 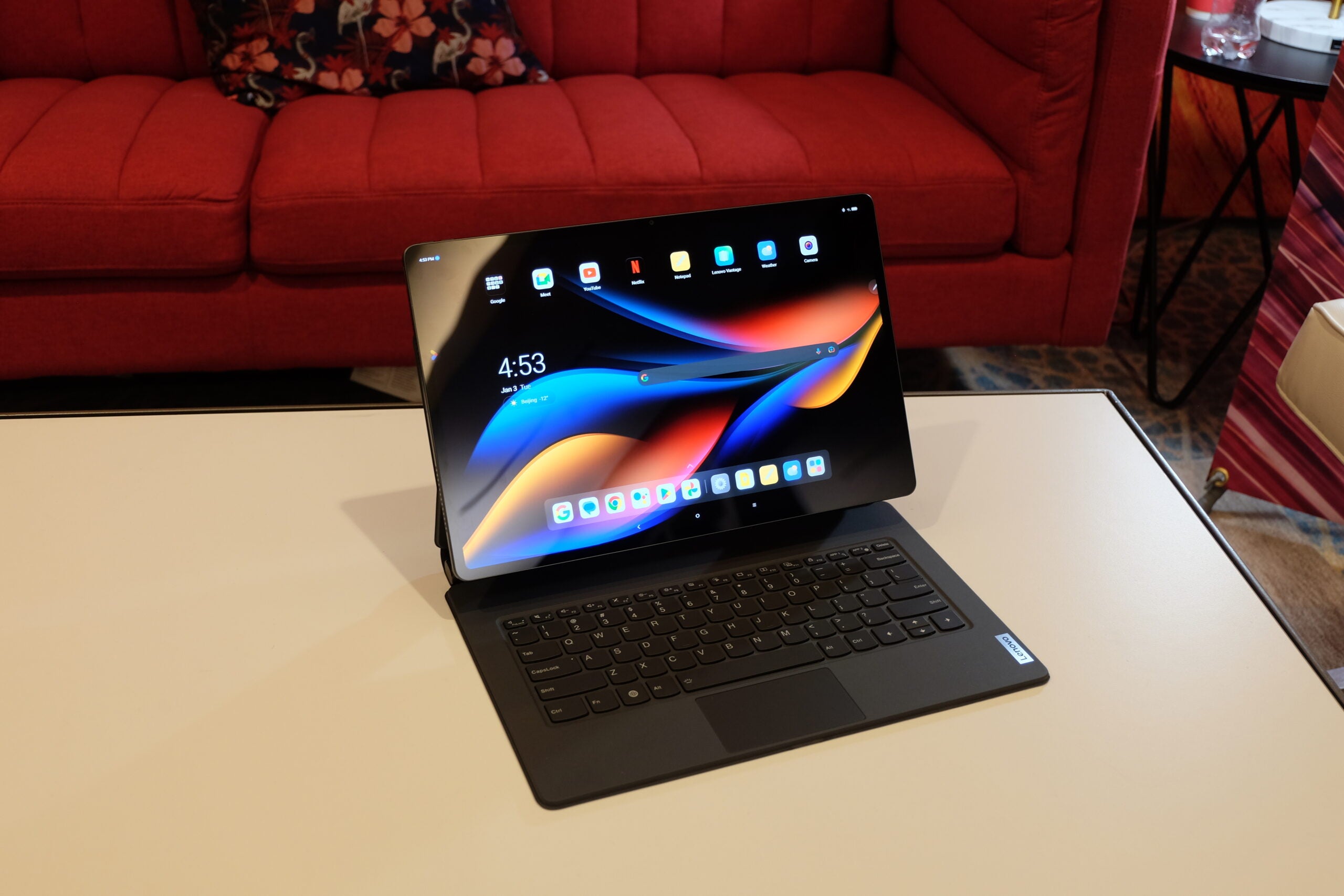 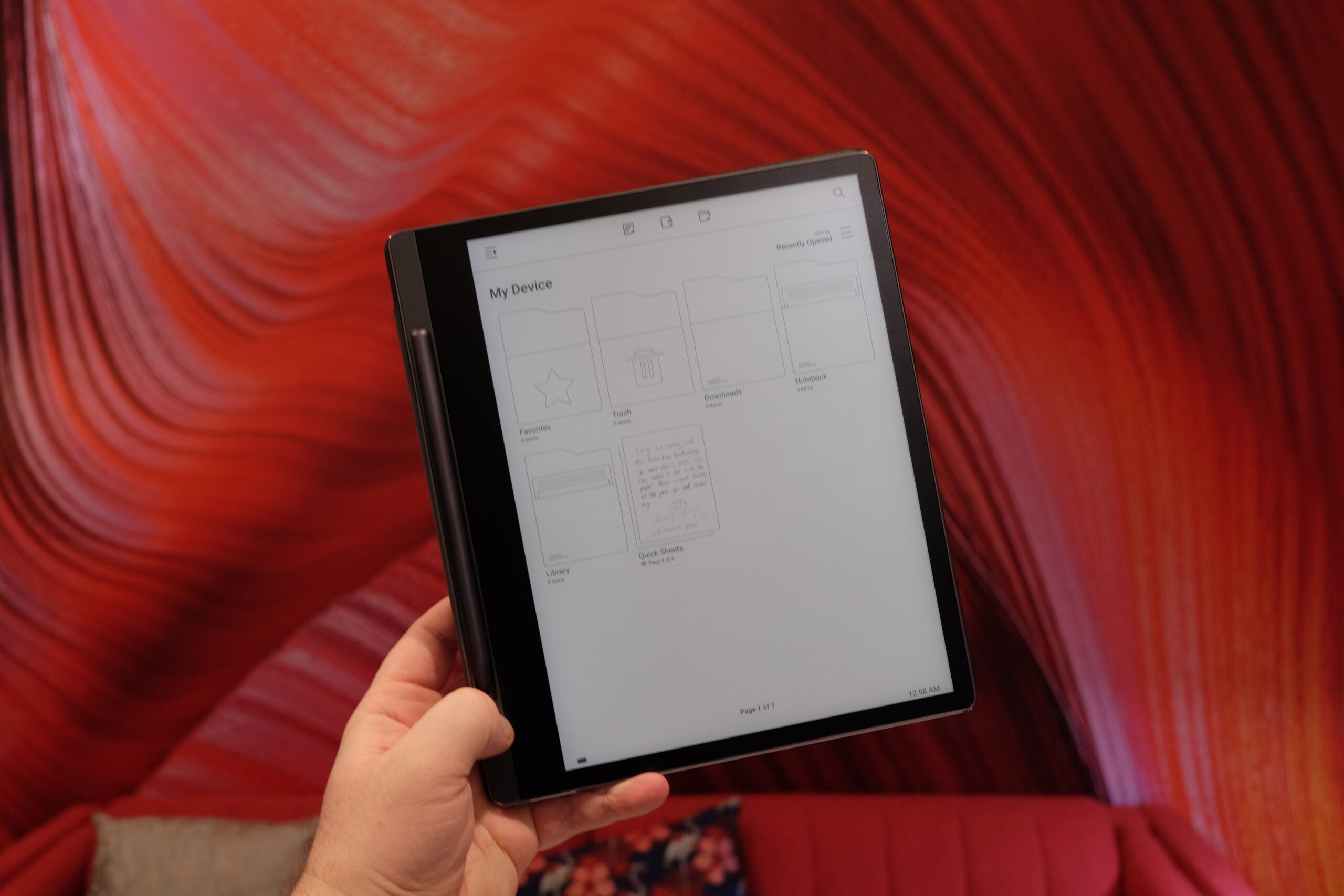 Does this tablet have mobile data?

Why does it display adverts?

For £10 less than the usual asking price, there’s an edition of this tablet which features adverts in the operating system

What is the IP rating of this device?

There is no given IP rating, so we can’t be sure how it would react if exposed to water or dust