Like other Fire-series tablets, the Amazon Fire HD 10 is an Android tablet, but it doesn’t look or feel like one. This is because it uses Fire OS, one of the most invasive custom Android skins ever devised.

It really only uses the core building blocks of Google’s system, replacing everything else with custom Amazon parts.

There’s very little layout customisation available here. What you get is a series of homescreen-style pages, one for all the bits you have pre-installed and one for each of the main tablet content areas: music, video, book, apps.

Unlike Android, Fire OS gives much more space to apps and content you might want to download rather than stuff you’ve already downloaded. It’s out to get you downloading more stuff 24/7.

While Fire OS is often sold as an easy-to-use system, casual users who just want to use Netflix, Facebook and Chrome without being pelted with other apps would be much better off with a more conventional Android tablet. 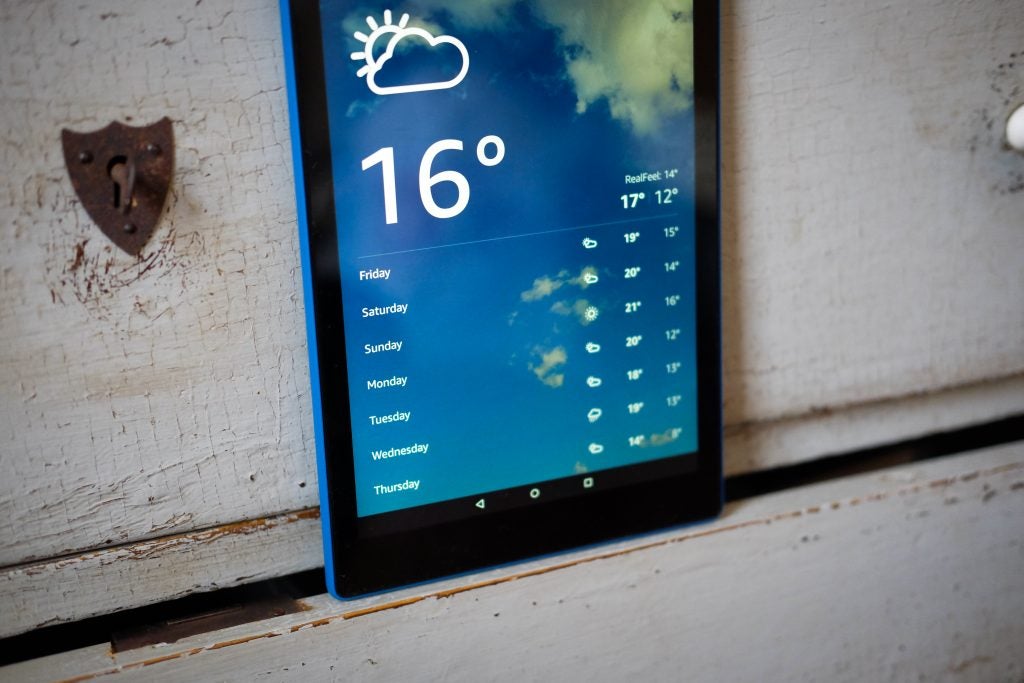 Operating systems should be focused on getting you between applications quickly and intuitively. Fire OS is much closer to a virtual shopfront that just happens to be peppered with apps you own.

The biggest annoyance comes if you want to do something more productive. For the most part, it is possible to access Amazon’s services on a non-Fire tablet, but apps such as Google Play, Google Maps, Google Calendar and so on aren’t available on the Fire HD 10. If you regularly use Google’s app suite then you’re likely to miss this.

It isn’t all bad, though. Many of Amazon’s services are worthwhile. Unlike regular Android devices, the Amazon Fire HD 10 lets you watch Amazon Prime Video, the Netflix-a-like service that comes as part of an Amazon Prime subscription.

Alexa – Amazon’s personal assistant that now features in everything from speakers to TV dongles – is another positive addition. Alexa is one of the better assistants out there, and while it’s been on Fire tablets before, you can now engage the service hands-free.

Shout ‘Alexa’ – even when the tablet screen is off – and she’ll pop into life. You can do everything you normally do on an Echo here, but there are a few things to note. You need to be in a really quiet room for Alexa to understand what you’re saying, or else you’ll receive an annoying error. I tried to use Alexa in the office, and I couldn’t get a response at all.

There also appear to be issues when there’s another Alexa device nearby. Even when I was speaking directly at the tablet, my Echo heard me from across the room and chirped into life.

The MediaTek 1.8GHz quad-core CPU and 2GB of RAM does a decent job of handling the visually heavy interface and the majority of apps from the Amazon App Store. However, everything does feel a bit off-pace compared to the iPad 9.7-inch – but the latter is more expensive. 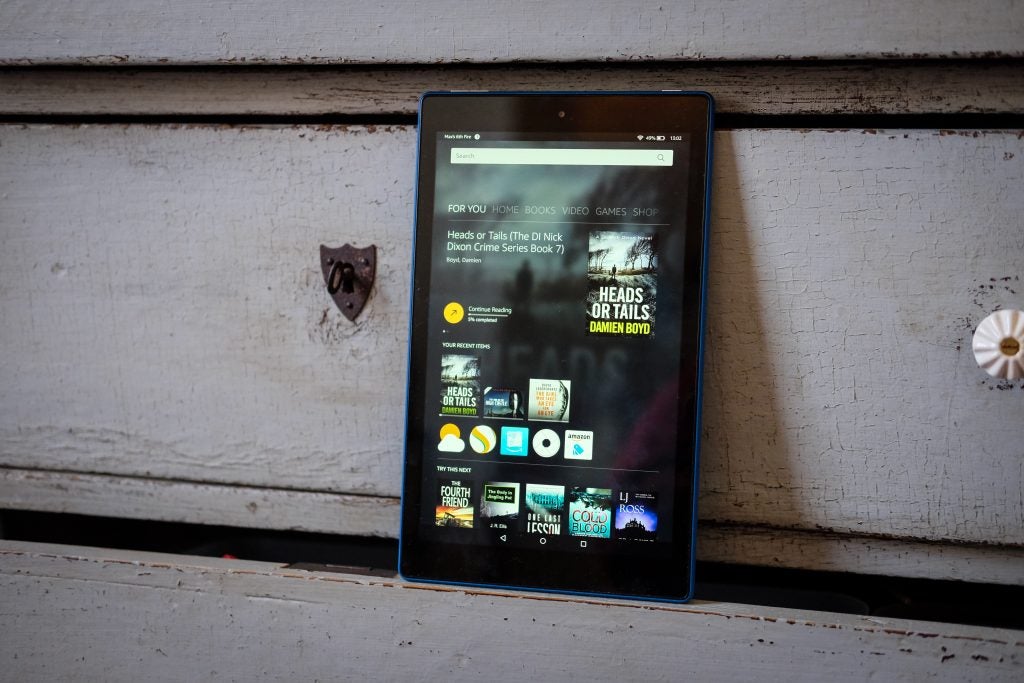 Another new addition for the 2017 edition is ‘Dolby Audio’, which raises high hopes for the speakers. They’re okay, but the Dolby branding doesn’t really seem to add that much. Volume and audio quality is fine for watching a movie, but I’d always stick with headphones where possible.

You get 32GB of storage as standard, and there’s a 64GB option available too. To be honest, considering there’s a microSD slot that allows for cards up to 256GB, I’d just opt for the 32GB model and add extra storage yourself.