The Amazon Fire HD 10 is a good choice if you want a basic tablet to stream movies, join calls and access Alexa. However, the Fire OS and Amazon’s Appstore leave something to be desired.

The device is the successor to 2019’s 9th gen Amazon Fire HD 10 and is Amazon’s current top-of-the-line tablet after the Fire HD 10 Plus, which is also 10.1-inches in size (in case you’re not confused yet).

The Plus packs 1GB more RAM compared with the Fire HD 10, as well as support for Qi wireless charging and a separate Slate colour. However, many specs, including the processor, battery life, storage options, cameras and size, remain consistent across the HD 10 line.

We’ve already taken a closer look at the Plus model, but how does the Fire HD 10 perform? Keep reading to discover all there is to know about the Amazon tablet.

The Fire HD 10 has a simple design that ticks all the right boxes for a budget-friendly tablet.

The tablet measures 247 x 166 x 9.2mm and weighs 465g, making it small and lightweight enough to slip into a small backpack or a tote bag for on-the-go use, whilst still packing a large enough display to stream movies and edit documents without suffering that cramped feeling you might get from a 5 or 6-inch smartphone.

The rear of the tablet is a matte plastic that looks a bit cheap but feels surprisingly durable. When I first picked the tablet up, I thought the matte finish would prevent the back casing from picking up any fingerprints, but I was wrong. That said, the marks are still much less noticeable than they would be on a glossy plastic or glass rear and if you keep the tablet in a case. You’ll never see the finger marks or the subtle Amazon logo in the centre.

As far as ports and buttons do go, everything but the speakers is reserved for the top edge of the tablet (when held vertically). These include volume controls, a power button, two microphones, a USB-C port and a 3.5mm jack for wired headphones.

The Fire HD 10 is available in four colours – Black, Denim, Olive and Lavender. You also have the option to pick up compatible accessories like a case or a Bluetooth keyboard depending on what you want from your tablet.

I also received the case and found the grey fabric finish definitely elevated the look of the tablet. I’d recommend picking up a cover if you plan on setting your tablet to Show Mode throughout the day or propping the display up while you binge Disney Plus or Netflix, as the built-in stand makes it easier to use in landscape.

As someone who likes to torture her eyes by keeping her screens on full brightness all day, I found the Fire tablet’s display to be a little duller than I’d like. This is mostly apparent when compared with my own iPhone XR.

That said, the display is by no means bad. Images are sharp and colours vibrant. HD videos look great on the screen too, making it a solid option for streaming films and TV and for holding video calls.

The touchscreen is responsive when swiping from page to page on the homescreen and apps only take a handful of seconds to load up when tapped. The display doesn’t appear to pick up fingerprint marks too easily either, which is always a bonus.

The Fire HD 10 runs on Amazon’s Fire OS, which is very, well, Amazon. The tablet comes ready with a large number of Amazon apps, including Prime Video, Kindle, Amazon Music, Audible, Amazon Kids and the Silk browser, to name just a few.

If you’re a loyal Amazon customer, you’ll probably appreciate the apps coming readily installed on the tablet. If you’re not subscribed to Prime, you might find the home screen a bit on the cluttered side. It doesn’t help that there’s no obvious way to uninstall the stock apps. You can group them all into a folder, but it’d be nice to have the option to delete the apps I know I probably won’t touch, like IMDb TV.

It certainly doesn’t help that Amazon’s Appstore is a little sparse, to put it mildly. The Appstore offers some popular apps, including Netflix, BBC iPlayer, TikTok, Twitter, Spotify and Zoom, but lacks others, including pretty much anything from Apple or Google. The limited number of apps is a major con to Fire OS and something to consider before picking up an Amazon tablet.

Thankfully, the interface isn’t all bad news. During testing I found Amazon’s Alexa smart assistant is responsive and accurate, making it incredibly easy to navigate the tablet, access information and open apps hands-free. Show Mode is also fantastic. This setting basically turns the Fire tablet into an Echo Show, offering a full-screen Alexa experience that can display the weather, read out recipes step-by-step and more.

The Fire HD 10 is powered by an octa-core processor and packs 3GB of RAM and a choice of 32GB or 64GB of storage, which is expandable up to 1TB with microSD.  During testing I found the combination works well enough to let the tablet stream video and browse the internet without any noticeable delays, though it still doesn’t feel quite as slick to use as an iPad.

The tablet is also great for holding video calls with friends and family, however don’t expect the cameras to offer incredible image quality.

The Fire HD 10 includes one 5-megapixel camera on the back and a 2-megapixel camera on the front. I found the images I captured with the rear camera were colourful but over-sharpened. The low quality becomes more apparent when you attempt to zoom in or take photos in low light settings. The front camera offered similar results. While the 2-megapixel shooter didn’t result in the best quality selfies I’ve ever taken, the camera works perfectly fine for video calls.

The dual speakers offer a full and clear sound that can actually be turned up pretty loud, again making the tablet a solid choice for holding video calls and watching movies.

Amazon claims the Fire 10 HD can run for up to 12 hours when reading, browsing the web, watching videos and listening to music and is capable of charging from 0 to 100% in approximately 4 hours.

I found the tablet lasted around 7 hours and 13 minutes while streaming 1080p video, with 40% of this disappearing during the first 2.5 hours. This number is likely to be a bit longer if you’re also doing less intensive activities like browsing the web and reading Kindle books, but the test should give you a good idea of how long the battery can last under more stressful conditions.

Interestingly, leaving the tablet switched on and in standby seems to have little effect on the battery as I noticed it remained at 100% for an entire day while I carried it around in my bag.

As far as charging goes, I actually found the Fire tablet charged faster than the 4 hours Amazon estimates. The tablet hit 30% in the first hour and was fully charged within 3.5 hours. However, the tablet lacks the wireless charging found on the Fire HD 10 Plus model, so if you’re keen to use a Qi charger to juice up your tablet you may want to opt for the slightly pricier device.

You want a cheap tablet with a good display: The Fire HD 10 has a sharp screen and loud speakers that make it great for streaming movies and asking Alexa questions in Show Mode.

You use Apple or Google apps: Unless your online experience revolves primarily around Amazon apps and services, you’ll probably notice that some popular apps are missing from the Amazon Appstore

The Amazon Fire HD 10 is a good choice if you want a basic tablet to stream movies, join calls and access Alexa. However, Amazon’s Appstore leaves something to be desired. 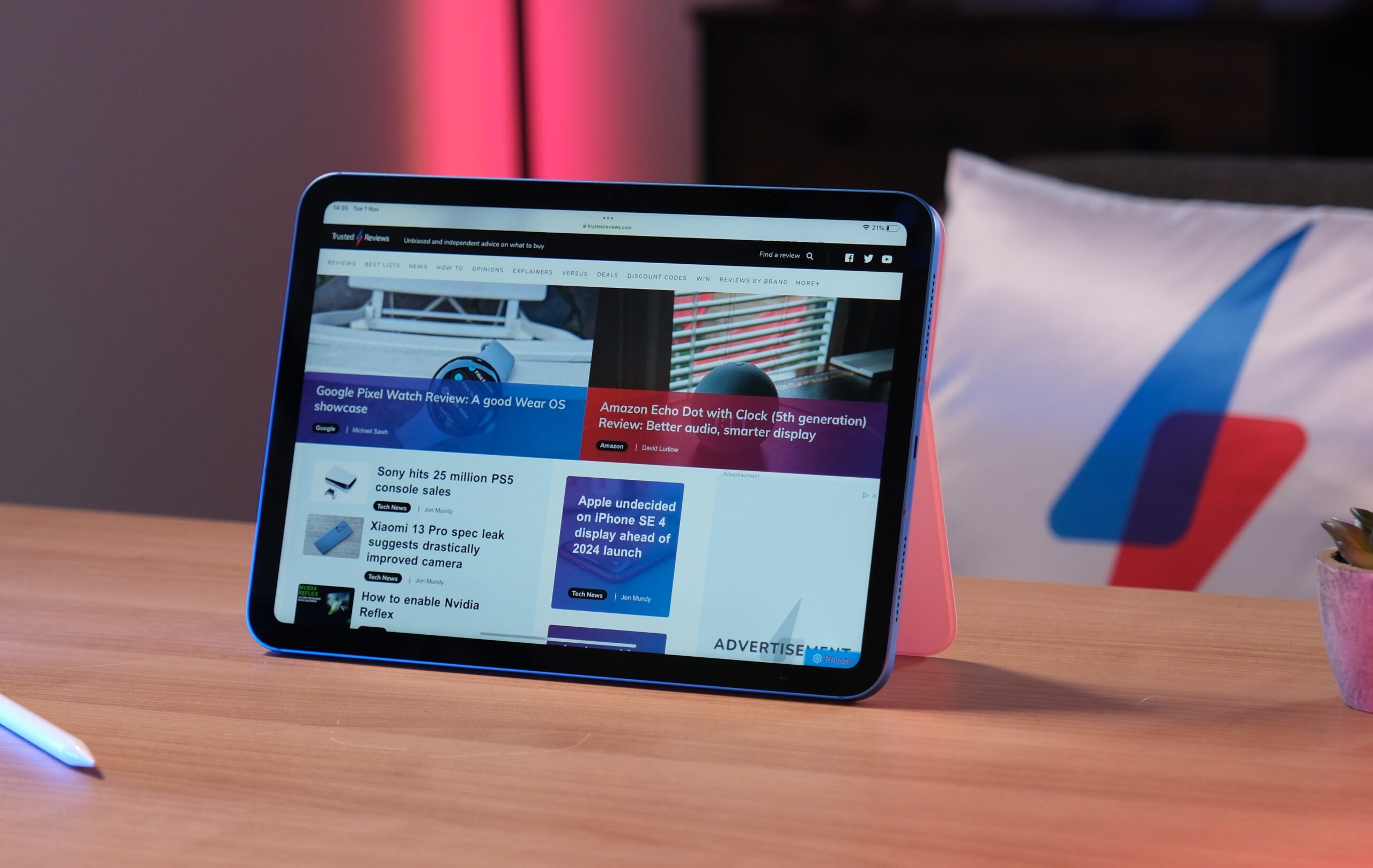 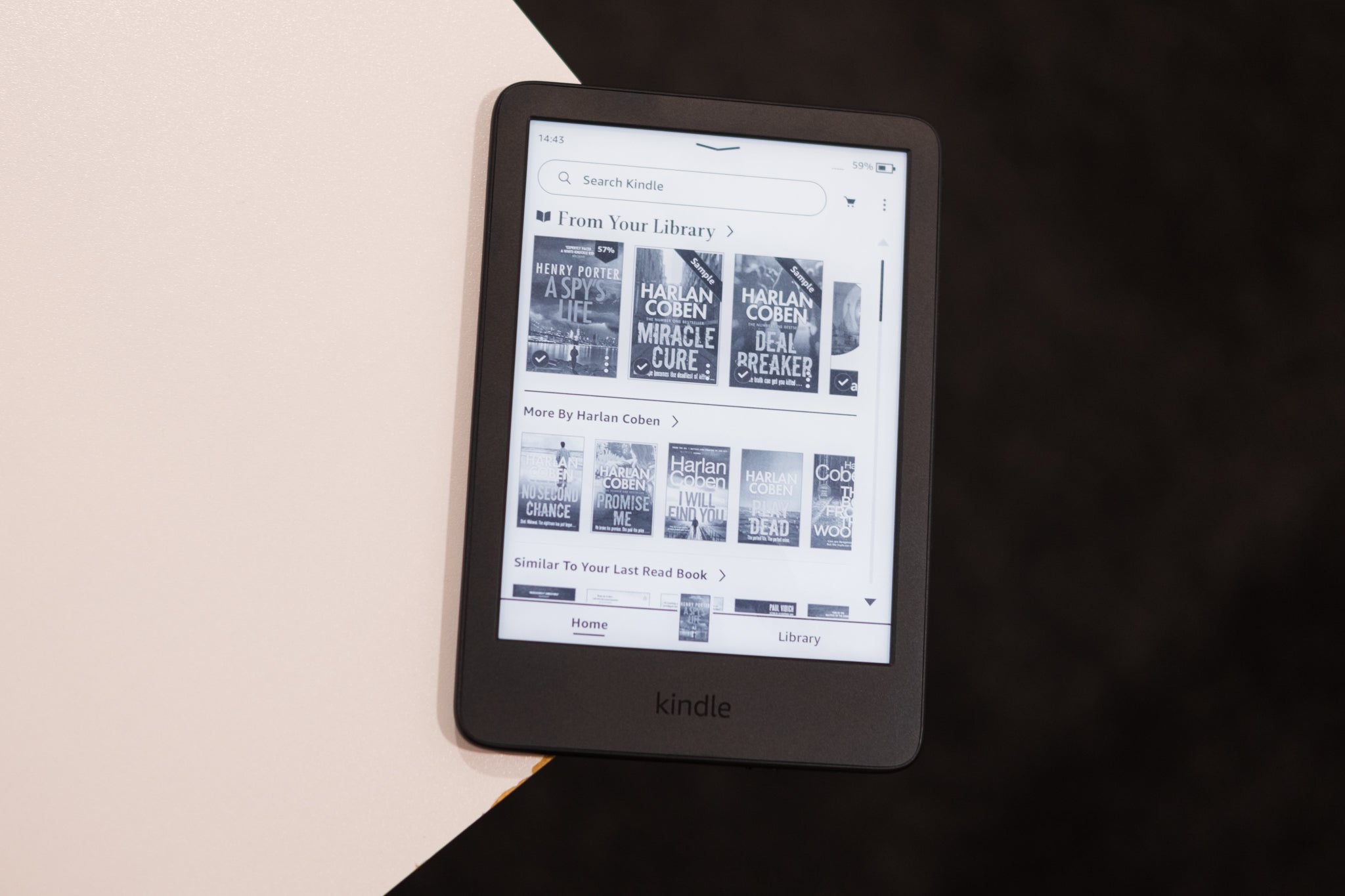 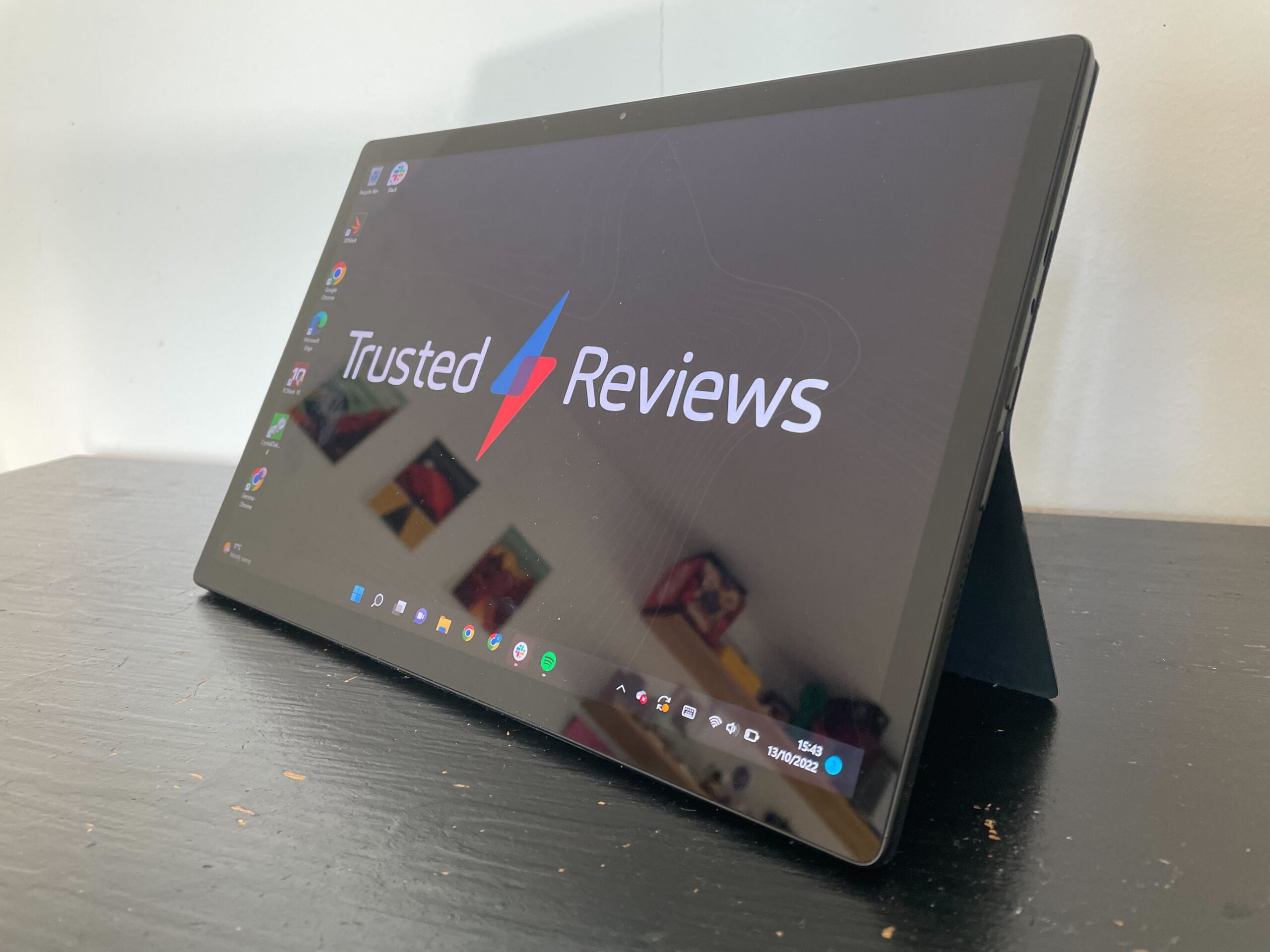 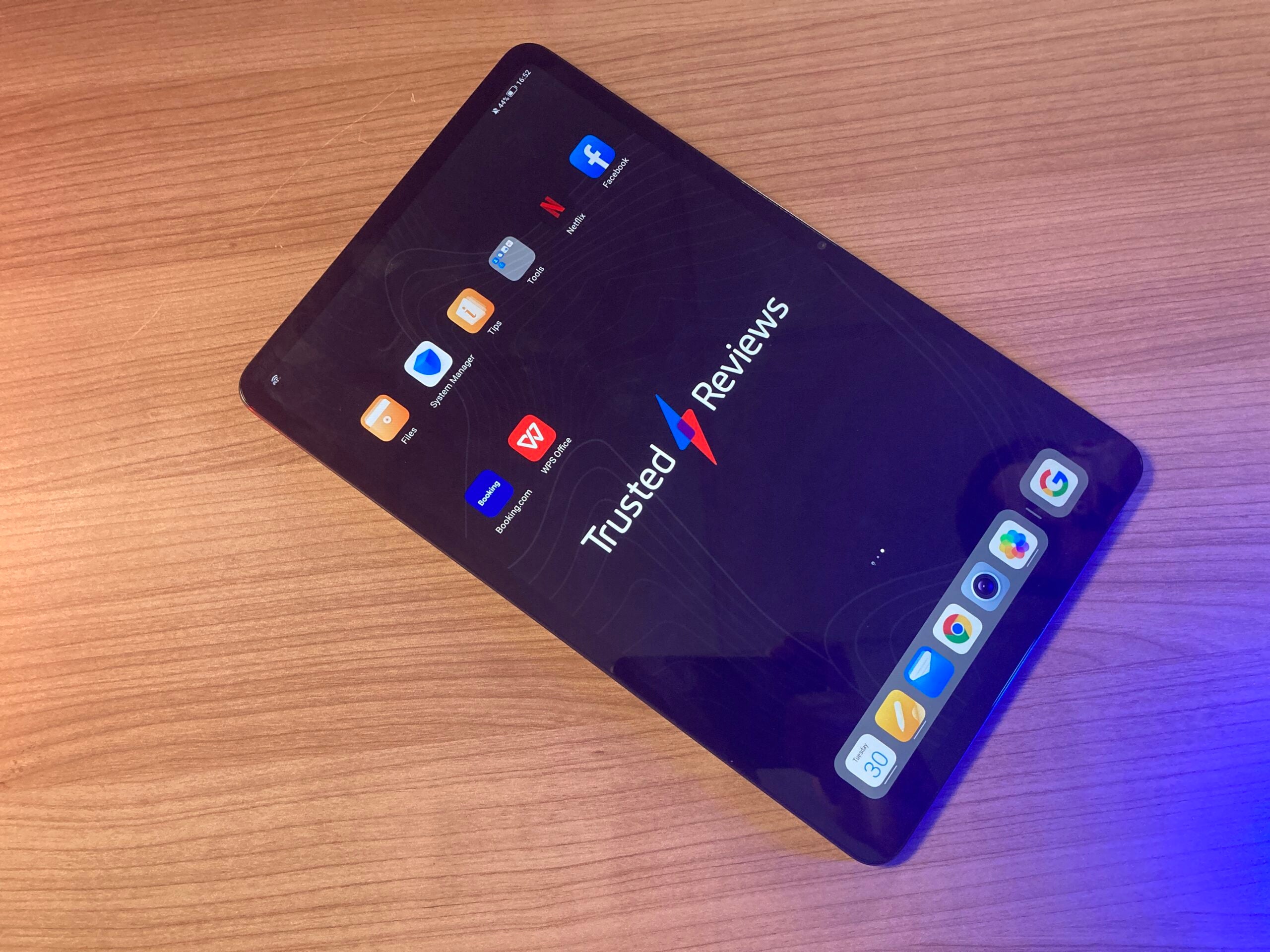 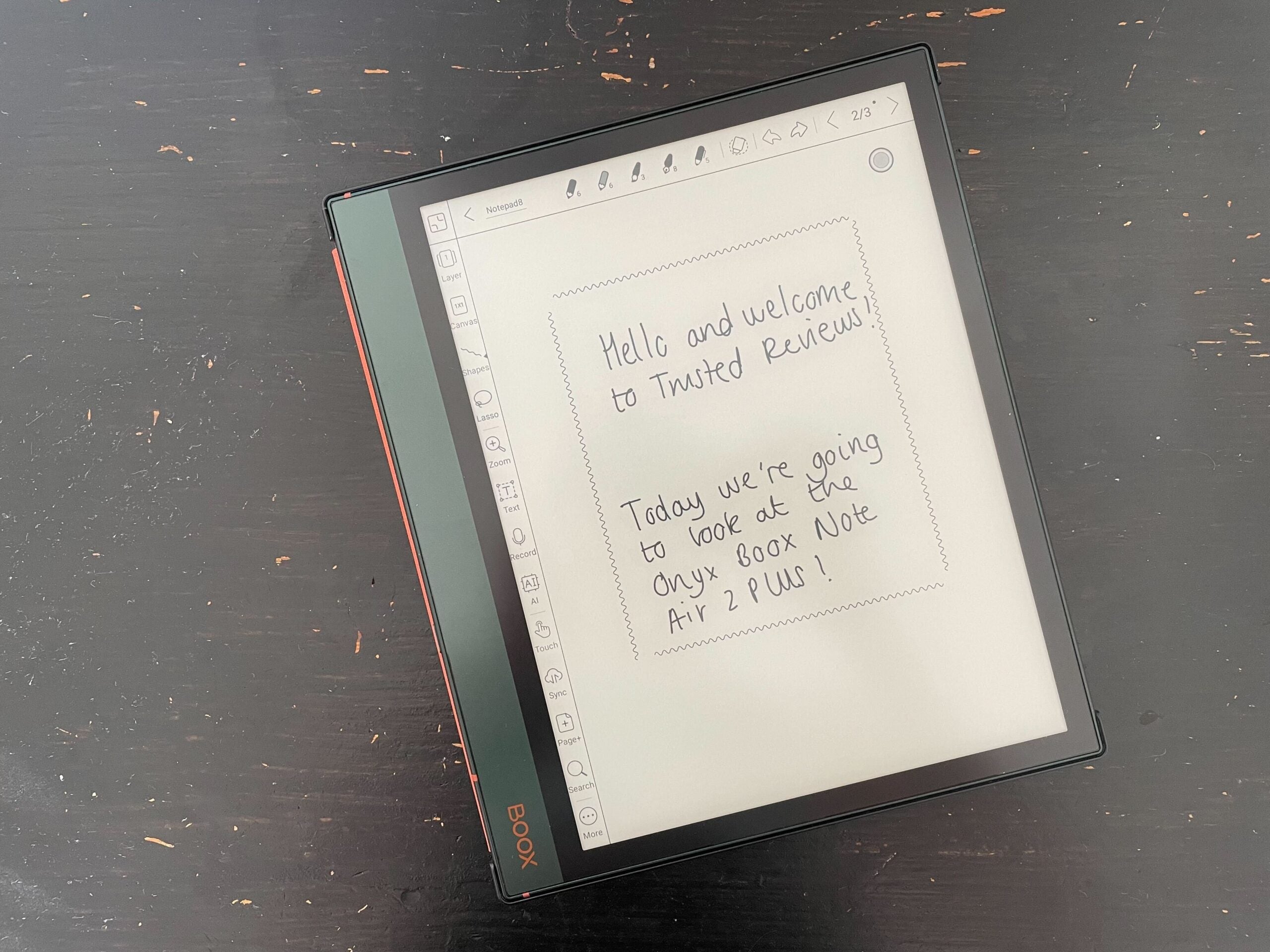 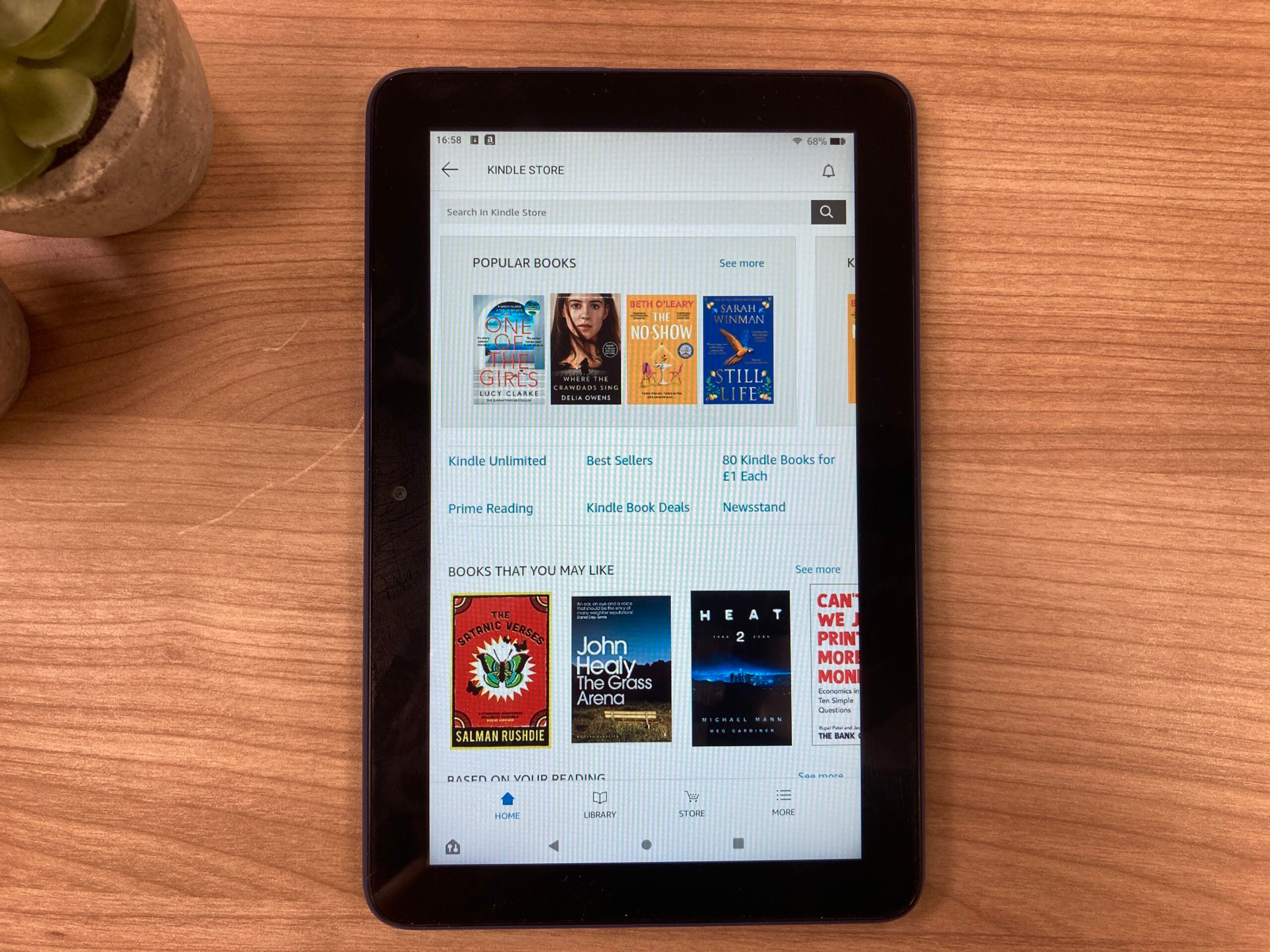 How big is the Amazon Fire HD 10 tablet?

What cameras does the Amazon Fire HD 10 have?

What operating system does the Amazon Fire HD 10 use?

The tablet runs on Amazon’s own Fire OS with the Amazon Appstore.