Amazon’s first pair of headphones are both good and not so good. In terms of features, they’re great with Alexa voice control and Bose Noise Reduction which works to dim any outside hubbub. They’re also a good choice for those who live in an active lifestyle with great fit and IPX4 rating. But the sound is disappointing with a turgid bass performance and a lack of detail.

They’ve now been replaced by the Echo Buds 2nd Generation that launched in the UK towards the end of 2021.

Aside from its Fire TV products, Amazon’s output has not always been consistent. For every Echo Studio speaker, there was a disappointing Echo Link Amp. So which camp do the original Echo Buds fall into?

Some will call the Echo Buds generic in appearance, and while they are nondescript in terms of their aesthetics, their ergonomics appeal.

They’re not as chunky as other true wireless earbuds, and not small enough to be fiddly to handle either. Packed in the box are three ear tips to choose from (Small, Medium and Large) and to test the seal, the Alexa app has an Ear Tip Sizing Test. Amazon recommends you try this with all the ear tips before deciding on which size to use.

They fit well, and while you can feel them, they’re not uncomfortable to wear nor do they don’t protrude out the ear much as say, the Sony WF-1000XM3. They’re a great fit for the gym, literally. They’re one of snuggest true wireless earbuds I’ve worn. Two gym workouts and a session on the abdominal curl machine and the Echo Buds stayed put. With IPX4 resistant, the Echo Buds can withstand sweat and some light splashes of water.

I haven’t experienced any issues with the responsiveness of touch controls. The earbuds wake with Noise Reduction on and a double-tap puts them into Passthrough mode. A press and hold activates the voice assistant of choice on the mobile device. The response is instant, and the gestures can be customised on both earbuds to either mute the microphones, switch playback controls or skip tracks.

The charging case shares the earbuds anonymous design and is susceptible to picking up scratches and marks quite easily. On its underside is a button to initiate pairing, while on the front is an LED light that indicates the state it’s in (red for low battery, blue for Bluetooth etc). On the right-hand side of the case is a USB-C connection. Try not to misplace the cable as I tried charging with a different one and nothing happened.

Amazon claims five hours for playback (with the Noise Reduction and Alexa enabled) and four hours call time. Battery tests elicited just over five hours of playback and that can probably be stretched further with Alexa and Noise Reduction deactivated. The charging case holds three additional charges for a total of twenty hours. 15 minutes of charge offers another two hours.

The Echo Buds’ headline feature is Bose Noise Reduction. Not to be confused with Active Noise Cancellation, this minimises noises such as those in the office or restaurant but aren’t likely to stand up to planes or other harsher environments.

Still, the application of it is good, reducing environmental noise by a fair amount. Having used them in a bar filled with people, the effect could be described as calming and outside they managed to curb traffic and other people effectively. Passthrough mode lets noise in, and you can tweak how much through the Alexa app.

The Alexa app offers swathes of stuff to do from adding new skills; listening to Audible and Amazon Music, to making calls and messaging people. Hands-free Alexa operation is engaging. Ask her to tell you the news and she’ll bring the latest updates from either the BBC, Sky or Telegraph. Like every other piece of Alexa-enabled hardware, Amazon has implemented privacy controls to mute Alexa and stop her from listening.

You’re not beholden to Alexa either if you want to use Google Assistant or Siri. Press and hold either earbud to activate the native assistant on the device.

Finally, the app has an Ear Tip Sizing Test to let the wearer find out the best seal. A series of sounds will be played to determine the quality of the seal, with Small, Medium and Large sizes available in the case.

Every headphone lives or dies on its audio performance and unfortunately for the Echo Buds, they put in a fairly middling performance.

Let’s start with the bass. good kid from Kendrick Lamar’s good kid, m.A.A.D city album features plenty of bass, but the Echo Buds are soft and imprecise in how they describe it. Dynamically they’re limited, the soft bass affects the lower reaches of the frequency range and treble reproduction is not particularly impactful either.

Danzon No.2 on Spotify involves plenty of highs and lows, but the Echo Buds aren’t astute enough to keep up. The highs aren’t really felt, which sucks energy out of the track making the soundstage sound squashed, and its sense of timing is off. I’d have liked the Echo Buds to be much sharper and responsive.

This is down to the Echo Buds warm tone which in the end proves to be too laissez-faire. Separation between the frequency range is lacking and stereo imaging is poor, lacking a sense of depth. The mid-bass area especially feels as if it’s lacking detail, coming across as murkily defined.

There’s not a great sense of power or scale to the performance either. The Utah Escape track from Nathan Furst’s Need for Speed score brings plenty of energy, but that sense of energy and scale isn’t felt. Turn the volume up and detail is lost, with the brass section becoming rather bright too.

It’s not all bad. There’s clearly been attention paid to communicating voices with clarity as Chris Cornell’s vocal performance in Black Hole Sun shows. It’s not the most textured, but fine for what it is.

Sound is a priority While these aren’t made for the audiophile in mind, the Echo Buds miss a lot more than hit with their audio performance.

The manner in which Amazon has tuned the Echo Buds proves to be a bit of a shame, because elsewhere the Echo Buds offer good features for its price. Here’s hoping that whatever Amazon comes up for its 2nd Gen model that it looks to fix its audio performance first. 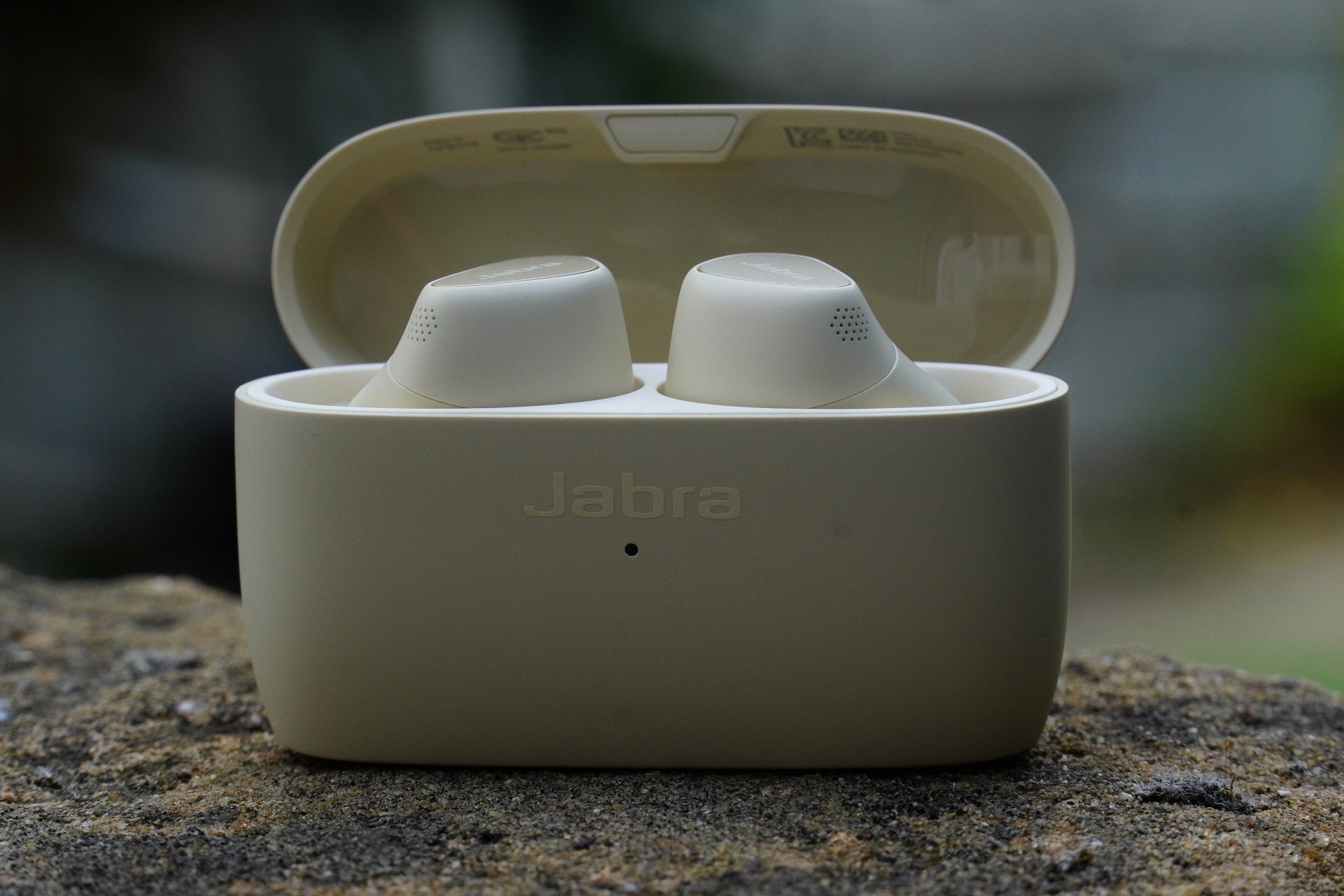 Are the Echo Buds water resistant

The Amazon Echo Buds are IPX4 resistant, which means they can withstand sweat and some light splashes of water.

Do the Amazon Echo Buds work with iPhones?

Yes, the Amazon Echo Buds are compatible with iPhones.