Offering decent performance and good build quality, the Amarey A800 is a solid budget robot vacuum cleaner, but it can take a long time to clean and its navigation isn't the best.

Incredibly cheap, the Amarey A800 swaps features for more basic functions (there’s no app control, for example, with a remote in the box). With capable cleaning it gets most jobs done, but spend a bit more and you can buy yourself a robot vacuum that does a bit more.

I’ve said it before, but it’s really hard to tell the difference between an expensive cleaner and a cheap one based on looks and feel alone. Despite costing a shade under £200, the Amarey A800 is as well built as any robot vacuum cleaner I’ve seen, sporting a neat, glossy black plastic finish.

As with most robot vacuum cleaners, the Amarey A800 has a short and round body (326 x 326 x 69mm). That means it will squeeze under most furniture – such as sofas and coffee tables – with ease. However, thinner gaps – between chairs legs, for instance – it will find slightly harder. 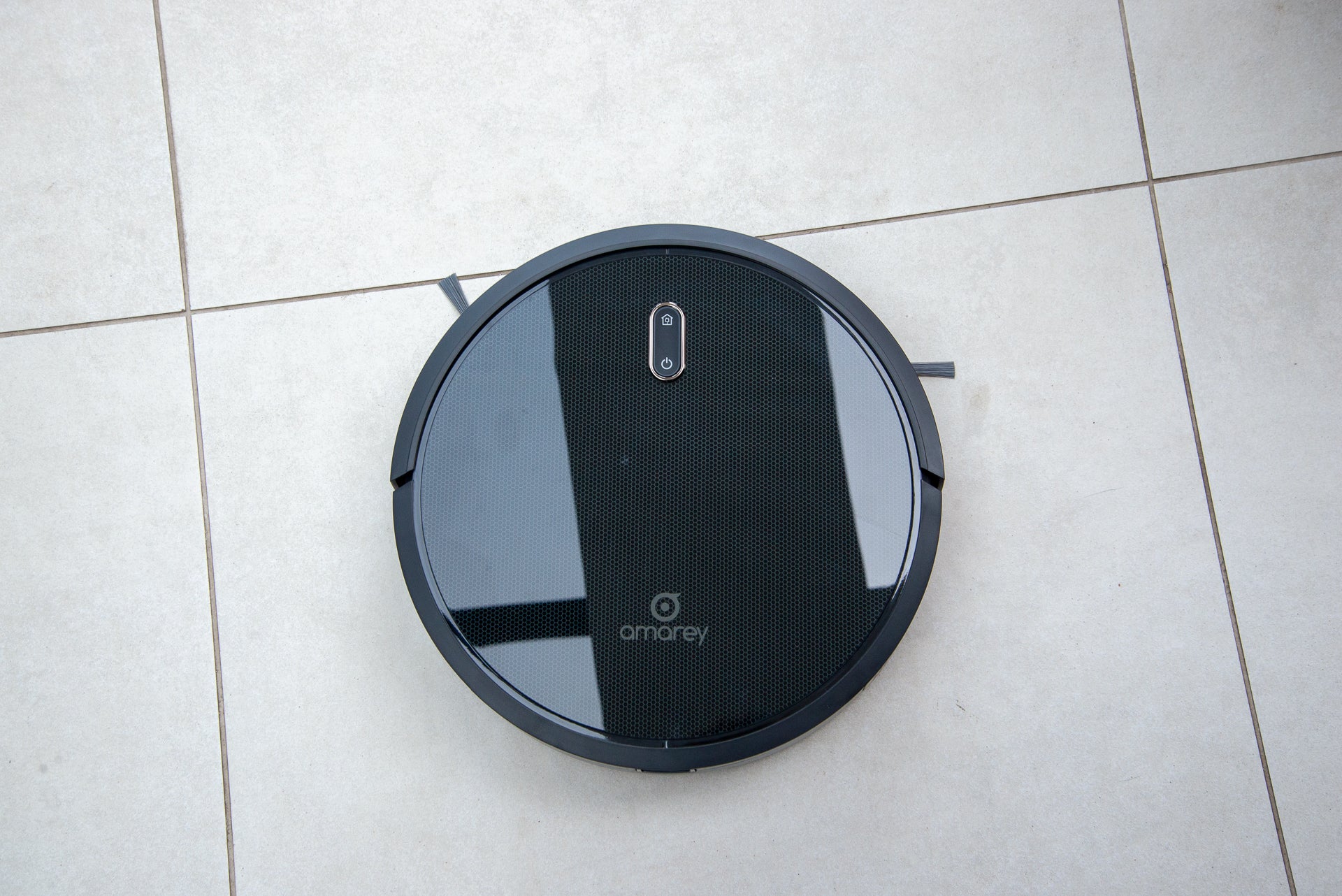 On top, there’s a power button to start a clean and a home button to return the cleaner to its dock. Flip the Amarey A800 over, and you’ll see its dual side brushes for sweeping dirt into the main suction path, and a motorised brush for agitating dirt. Overall, the Amarey A800 looks very similar to the Ecovacs Deebot N79S, although this model has additional object detection sensors. 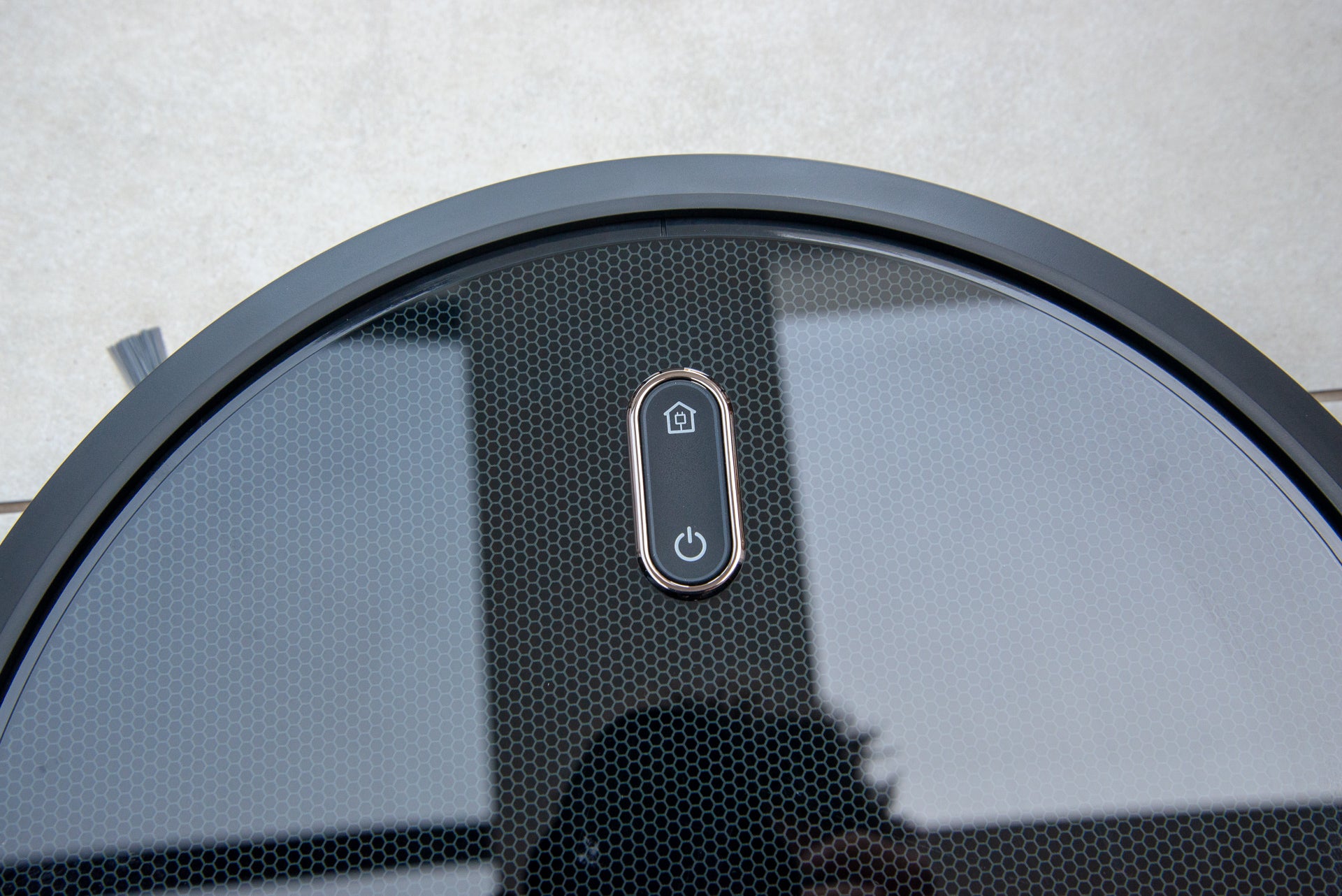 The 0.3-litre dustbin slides out of the back of this model. The back of the bin hinges opens so that you can tip out the dirt, which isn’t so easy to do. Every month or so, a quick wash under the tap wouldn’t go amiss. 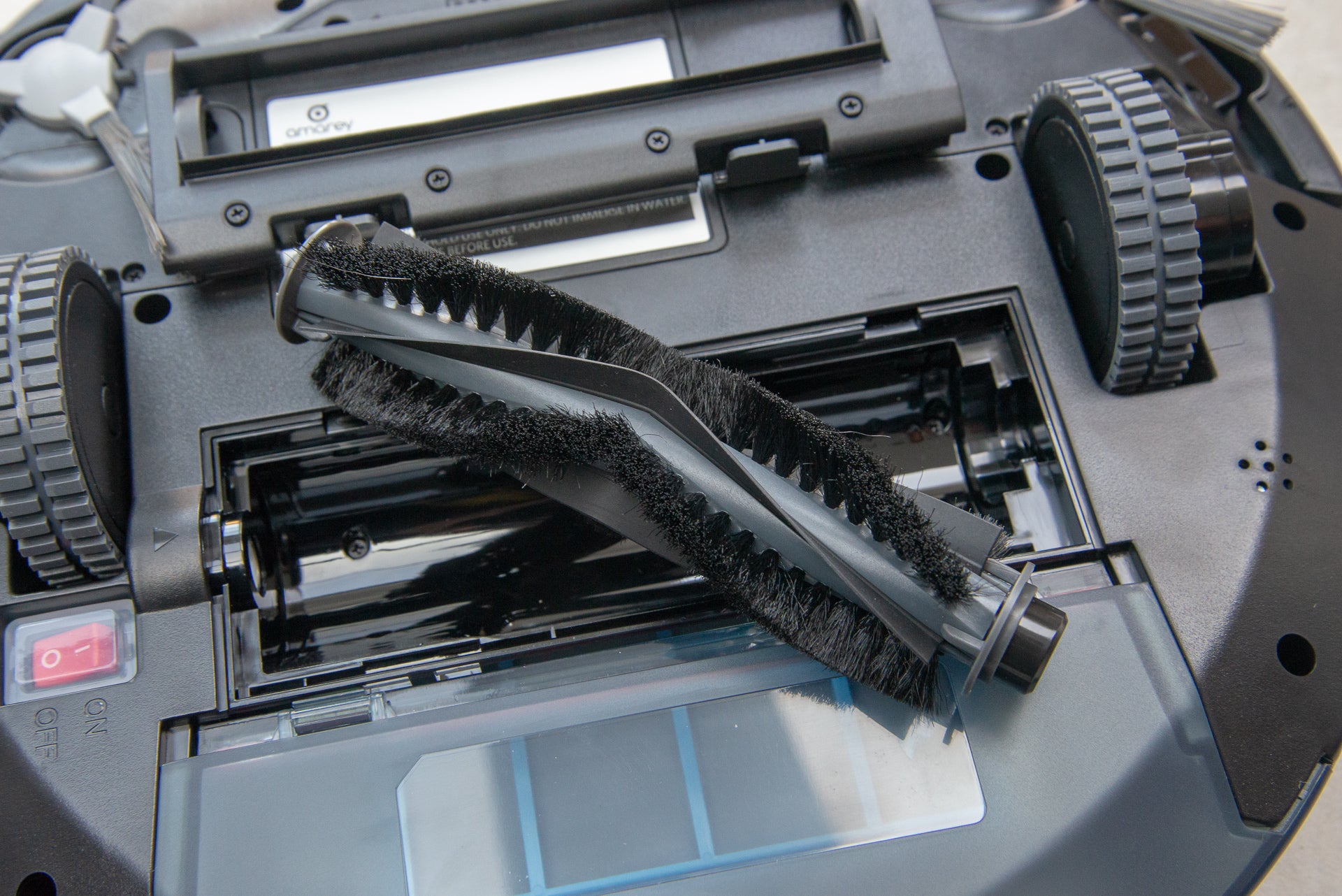 The filter, side brushes and main brush will need replacing every six months or so. I couldn’t find replacements in the UK, which is a bit of a pain; they can currently only be bought online for $10.99 from Amarey’s website. You can also maintain the brush using the provided razor to cut away hair that wraps around it.

Basic is the name of the game with the Amarey A800, which means that there’s no app or Wi-Fi connection for this robot vacuum cleaner. Instead, you get a remote control, which is very similar to the one that ships with the Ecovacs Deebot N79S. 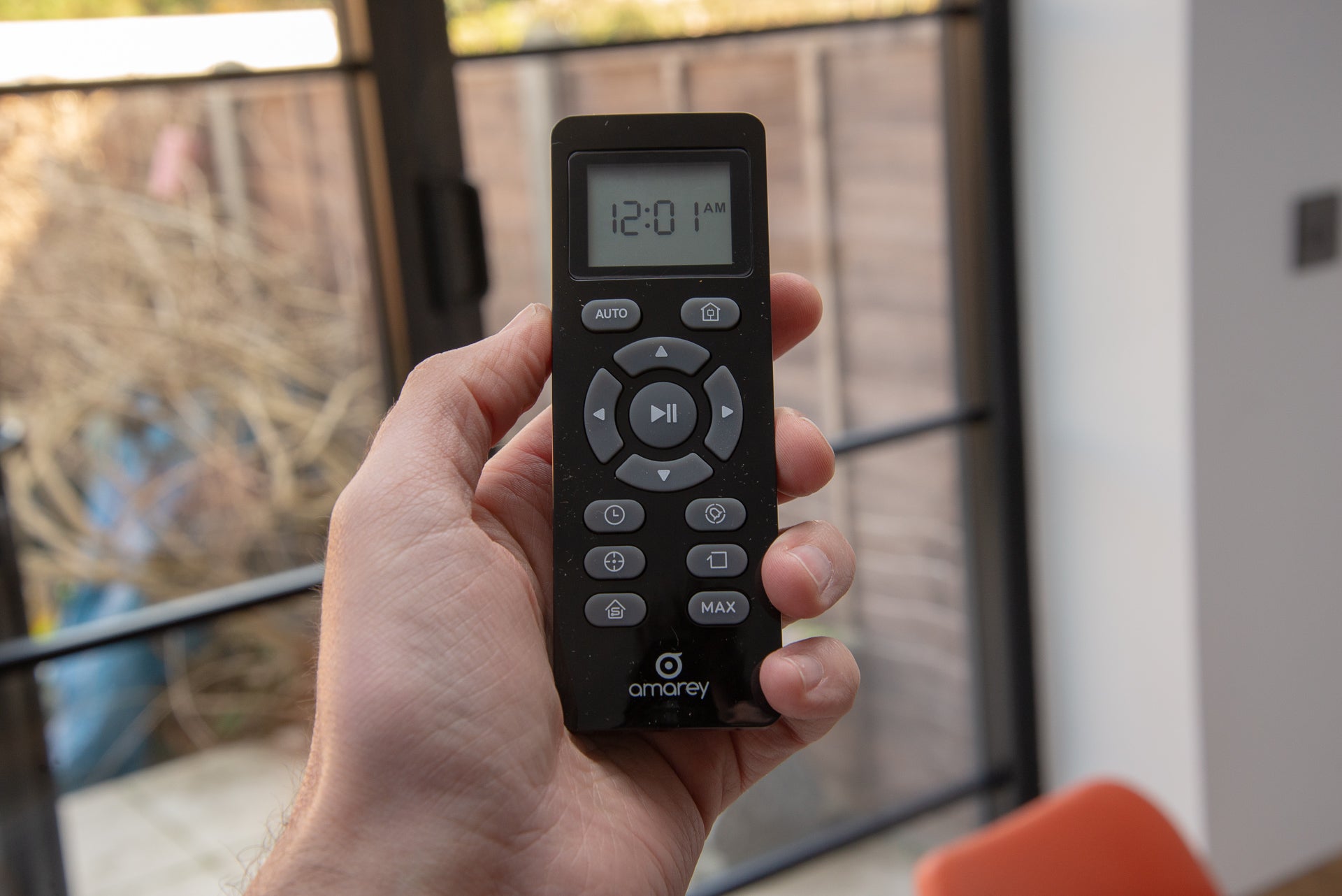 Since there’s only basic navigation that doesn’t use a map, the A800 has different cleaning modes for different situations. Auto is the main mode, which sends the vacuum cleaner off, bouncing around until it has run out of charge and returns to the dock.

Spot starts the A800 spiralling out to clean a smaller area, so you can use it to clean up a specific spill. Edge Cleaning sends the robot around the edge of the room to pick up dirt where it will most likely collect. Single Room lets the A800 zig-zag out and about to clean in a single area, returning to the charging dock sooner than it otherwise would (30 minutes). Finally, there’s a MAX button to turn up the suction power.

On the one hand, having multiple cleaning modes seems like a good thing; however, it requires you to consider in advance the mode that’s best for you, which is much trickier in practice. More expensive vacuum cleaners use intelligent mapping to give a thorough clean, returning to base when the room is finished rather than basing the decision on remaining battery power.

Via the LCD screen on the remote, you can set a schedule for the A800 to follow if you want automatic cleaning. It’s quite clunky to programme and this is one area where having an app would have made things better.

With no Wi-Fi, there’s no Amazon Alexa or Google Assistant support. It isn’t a massive drawback at this price, although I did miss being able to start or stop a clean using my voice.

Amarey A800 – How well does it clean hard floors and carpet?

I placed an “X” shape of powder at the centre of the room, and one by the edge. Then, I set the cleaner off in Auto mode, giving it the full run-time to deal with mess. In the middle of the floor, the A800 picked up pretty much everything, with just the odd trace of dust left behind. 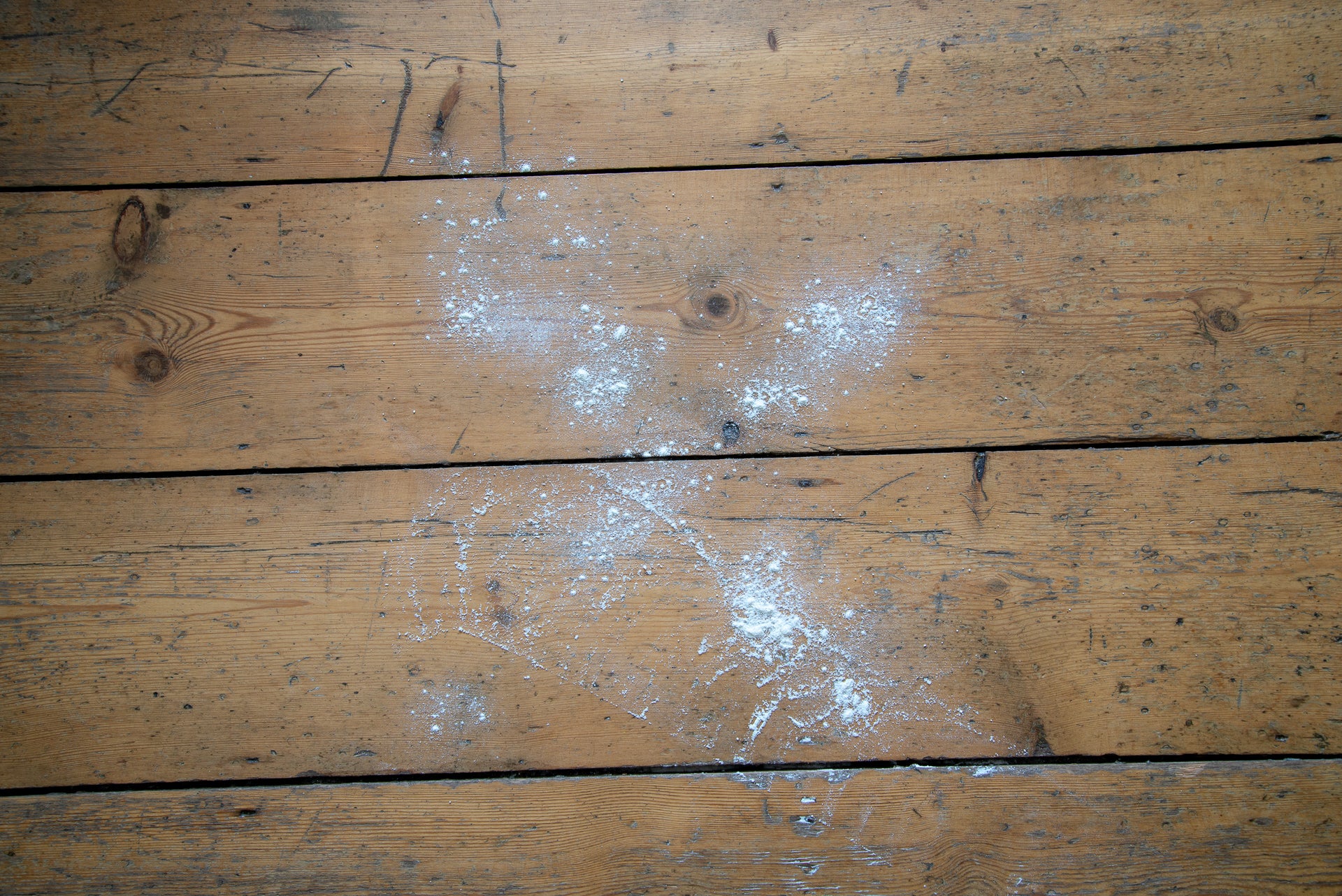 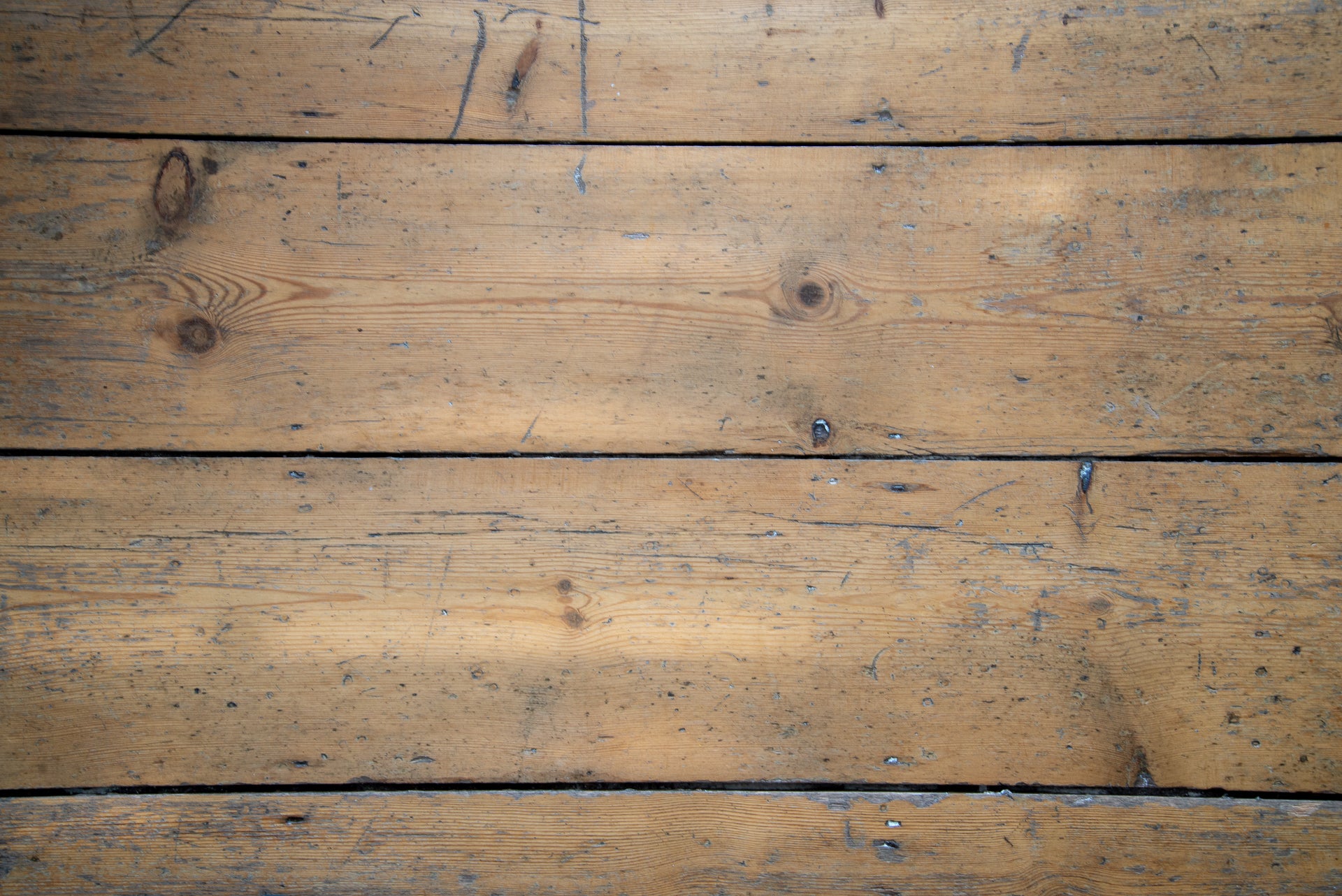 Performance on the side of the room was good, too, although the cleaner didn’t manage to get out the dirt that got stuck in cracks in the old floorboards. 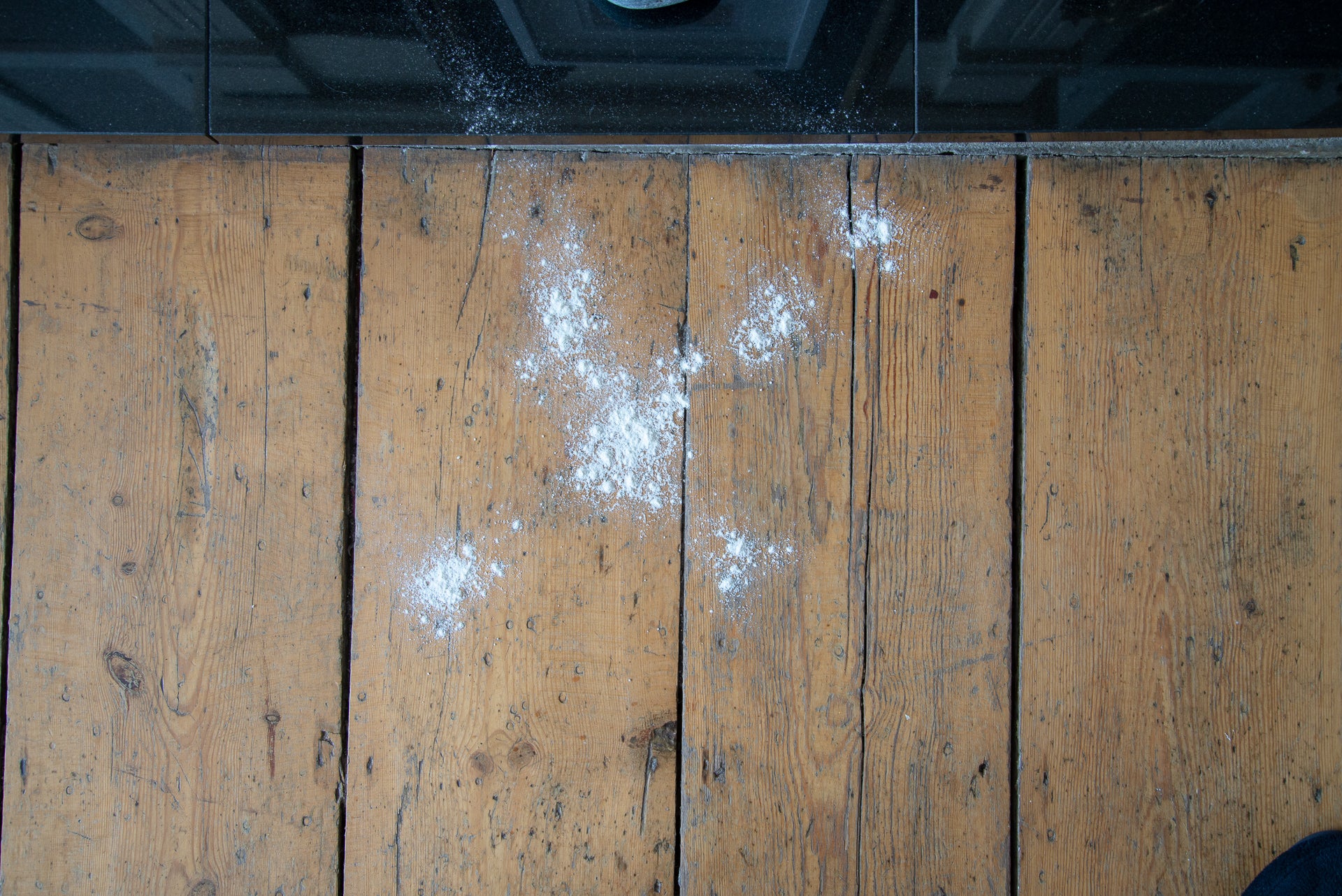 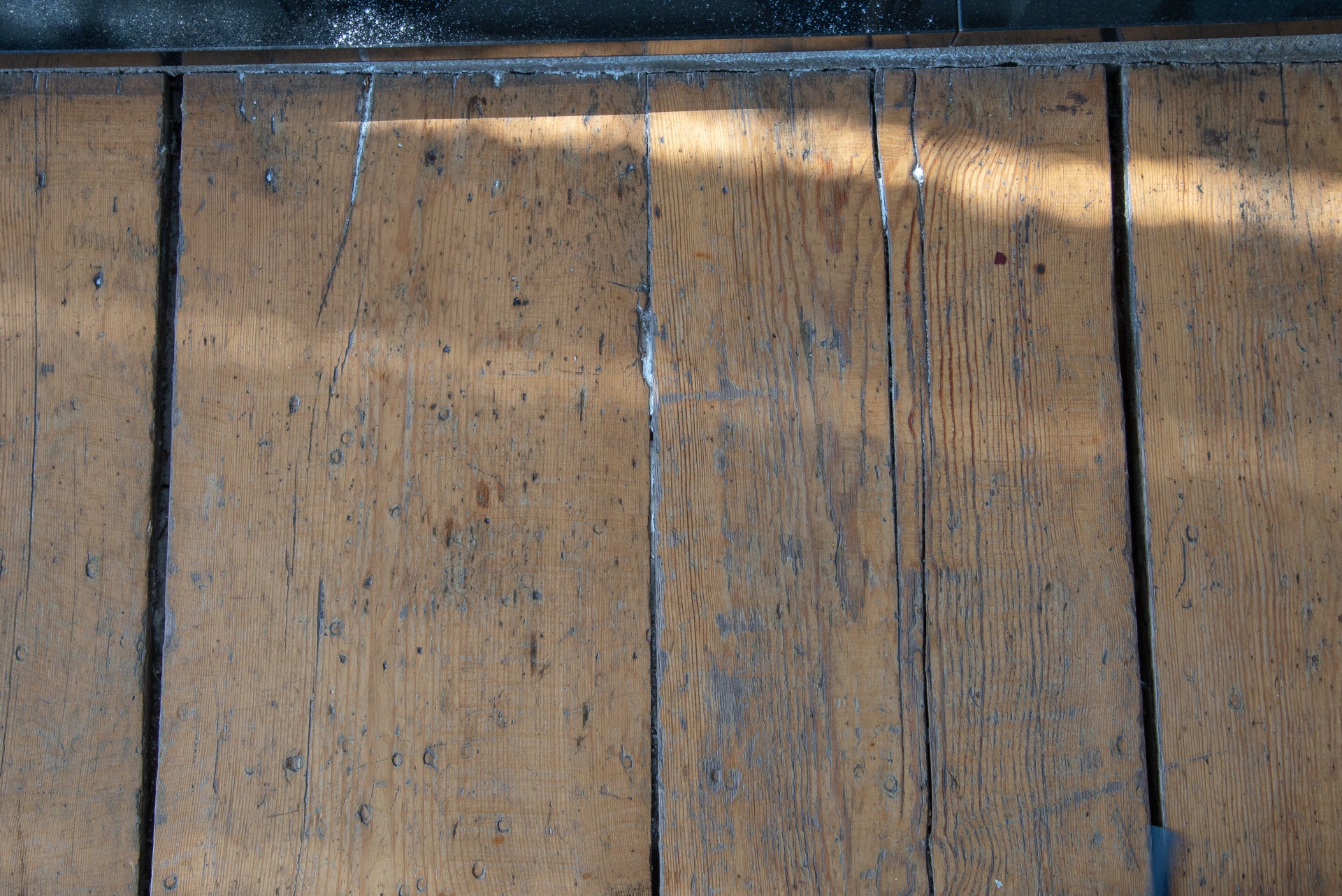 Even so, the final appearance was excellent, with most of the mess gone. This is to be expected, since the A800 runs around until it’s almost out of battery, which means each area gets multiple passes. The downside is the length of time that a clean takes: a smarter vacuum cleaner would have done the job in a fraction of the time and, if it had missed any mess, the second round of cleaning would have done the job.

On carpet, which is a tougher job, the A800 didn’t do quite as well. It managed to get a lot of the mess, but you can see lumps that were missed and streaks of powder where the robot’s wheels had dragged the dirt and pushed it into the carpet fibres. 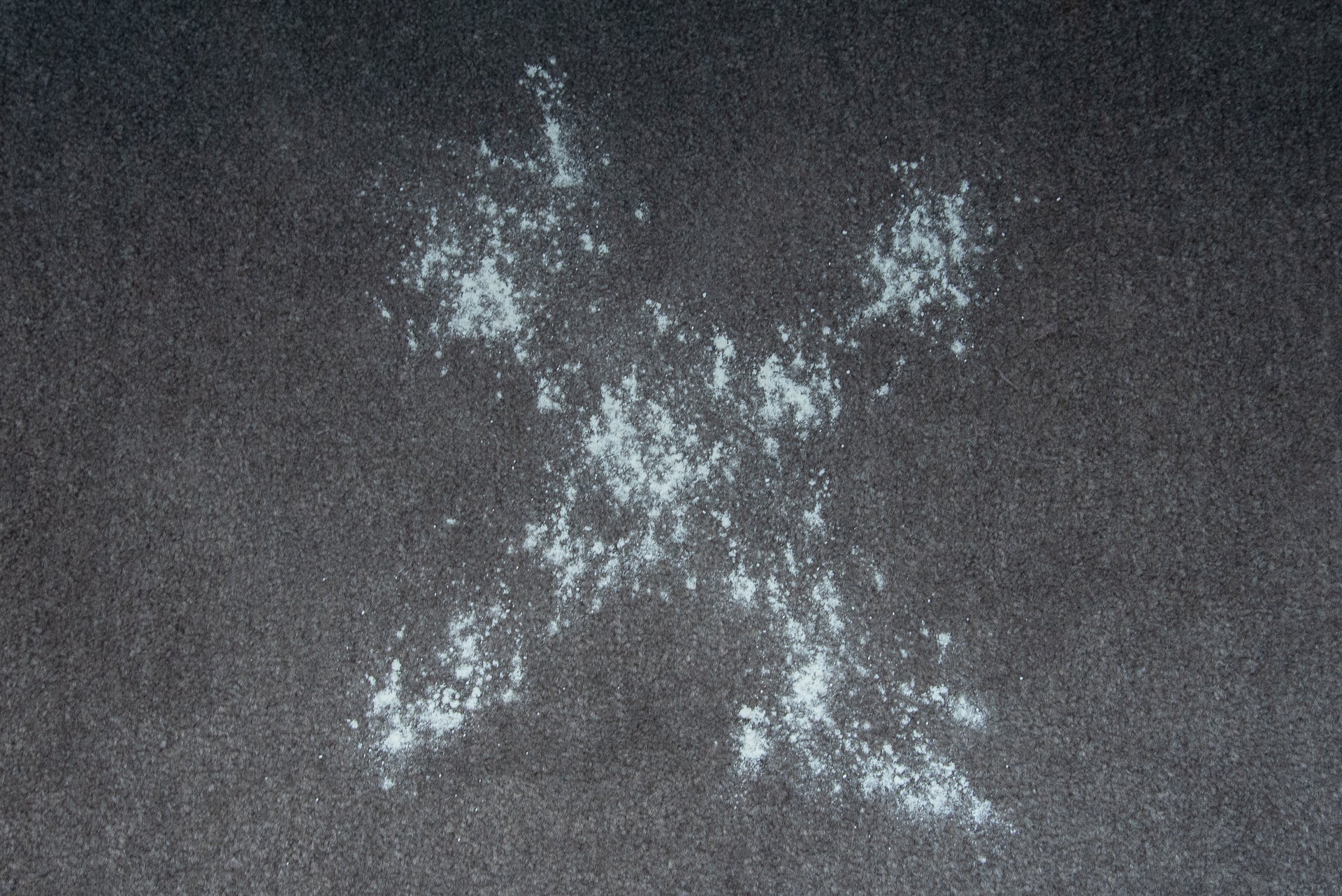 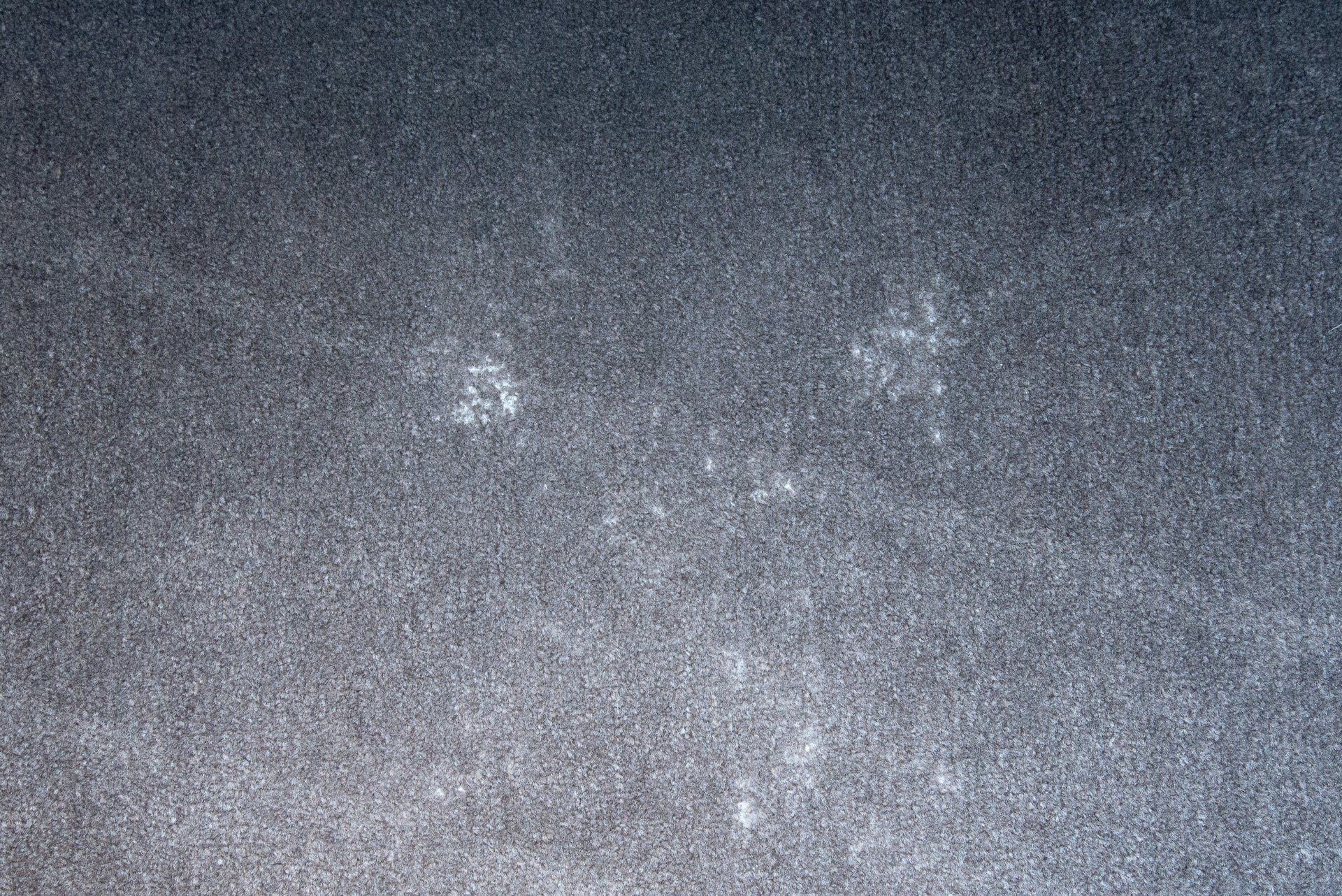 On standard mode, I measured the Amarey A800 at 65.5dB. That’s loud enough to hear it, but not so loud that it’s hard to hear over. In fact, move into a different room and you can barely hear the robot going about its business.

The battery is rated to last up to 100 minutes on the standard cleaning mode, with a charge taking a similar amount of time. Since the robot doesn’t know where it is, when the battery is depleted, the A800 runs back to the charging dock but it doesn’t continue the clean thereafter. That said, 100 minutes should be more than enough time to clean most floors in your average home.

Amarey A800 – How well does it cope with obstacles

Navigation on this model is rather dumb: the A800 moves off, hits an object gently, turns and then moves on again. For the most part, this works well enough, but the A800 can trap itself. At one point, it managed to wedge itself beneath the TV stand, unable to move forwards or backwards until I rescued it. On the next clean it avoided the problem, although more by luck of the angle it entered and exited rather than by design. There’s a cliff-edge sensor, which prevented the Amarey A800 from falling into the kitchen, down the small step.

Since the robot uses dumb navigation and doesn’t know where it is, it can and will pass over the same area multiple times. Robots that build proper maps tend to be more methodical in the way that they approach the problem.

Good build quality and decent performance make the A800 a surprisingly good budget robot vacuum cleaner, with the caveat that cleaning takes a long time, as the robot has dumb navigation so doesn’t really know where it is.

Competition at this price is tough, though. For just a little more, you can buy the Ecovacs Deebot N79S. It has similar cleaning performance and a very similar remote control; however, it also has app and voice control, making it the slightly better product. If you want smarter cleaning, check out one of the cleaners on my Best robot vacuum cleaner list.