Available on iOS (reviewed) and PC

There’s one thing that the savvy game developer strives for more than anything else in 2015. It’s not a profitable monetisation method, it’s not an iconic game lead, nor is it 10/10 review scores from prominent websites or magazines. Instead, it’s the one thing that – when mastered – can actually lead to all of the above and more: user retention.

It’s typically the mainstay of free-to-play developers, each looking for the hook that keeps players coming back day after day, month after month, year after year. Few premium games take retention quite as seriously, however, and even less look to narrative to act as that glue, namely because giving players the true freedom they desire in order to keep coming back long after they’ve completed the game for the first time takes a hell of a lot of work.

It’s to the credit of developer Vagabond Dogs that, rather than utilising cheap tricks to make the player believe they’re having an impact on the outcome of Always Sometimes Monsters or ignoring the potential of fluid storytelling altogether, almost every element of the play within is focused on decisions. Decisions you don’t even realise you’re making at the time. 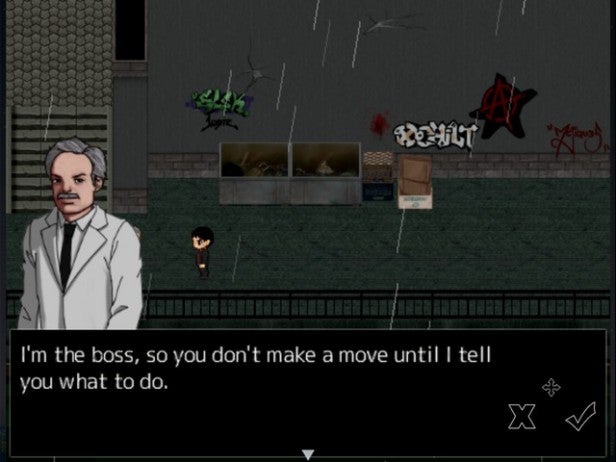 Case in point: Even choosing your lead character is entirely left up to you, though during the first play through you’ll have little idea that that’s what you’re being asked to do. Temporarily playing the role of a book publisher throwing a party in his swanky apartment to celebrate his birthday, the first person you wander up to and engage in conversation ends up being the centre of Always Sometimes Monsters from then on, though the basis of their life – recently separated from their true love, struggling to pay rent and make their name as a writer – remain in tact. Want to know what their name is? Well that’s sorted by the game asking you how you want to sign your publisher’s birthday card – again, a decision that you may not grasp the full impact of at the time.

Featuring a JRPG look that would feel utterly at home on the SNES, Always Sometimes Monsters continues to throw everyday decisions at you like this from beginning to end, never underlining the importance or unimportance of each one. Should you help your old neighbour prepare for a dinner party? Should you give the random guy wandering the streets who craves nothing but sandwiches the squashed slices from your pocket? Should you hunt down the boys from Vagabond Dogs themselves, coding in their local cafe, to see what they’re up to? Some of these decisions will have no impact whatsoever on what happens next, while others seem to change your direction of travel almost entirely. 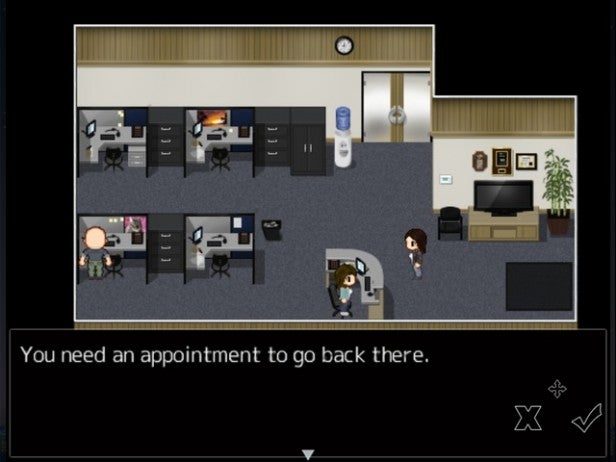 And this is why, despite its cute and cuddly visuals, Always Sometimes Monsters arguably does a far better job of simulating the mixture of mediocrity and madness that makes up most of our lives than the expensive, next-gen powered adventures currently bound for PS4 or Xbox One. It’s a game of continuous decisions all built around a sharp script; swearing, drug taking, and all kinds of lewd behaviour all feature here, painting a picture of a world where everyone is simply looking to get by. It’s a unique prospect in that respect, but on iOS, Always Sometimes Monsters is not quite perfect.

Having hit PC last year, the conversion is not without its dodgy moments. Playing on a first generation iPad Air, for instance, resulted in a few black screen moments (the game presumably attempting to load in the background) during our playthrough, while the control system – which features a virtual d-pad and yes and no buttons – feels somewhat lazy. With the game deploying a series pop ups for the majority of your decisions, it’s confusing to realise that progression comes from not directly tapping the desired response (as we’ve come to expect on touchscreen devices), but rather hitting the virtual tick button in the bottom right of the screen. 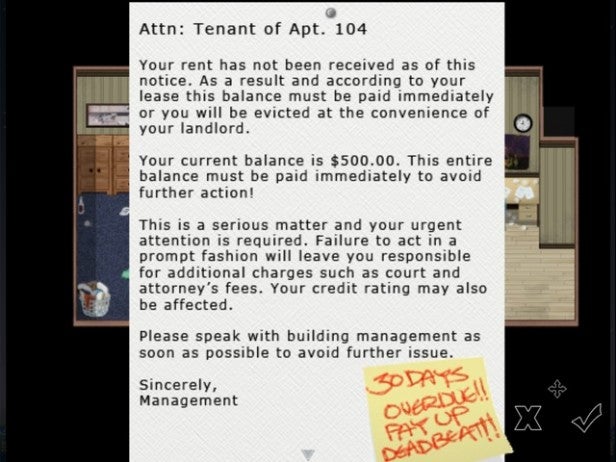 It seems like a small point, but it does means that the iOS port of
Always Sometimes Monsters feels like the poor relation of its PC
counterpart. There’s also a distinct lack of sharpness when it comes to
visuals that wasn’t a factor in the original release and surely isn’t
the result of technical limitations of modern day iOS architecture,
again reinforcing the feeling that this is something of a quick port
with little thought given to its new host platform. This is surely
something publisher Devolver arguably should have ensured wasn’t an
issue, though admittedly it serves more as a niggle rather than an
outright fault.

Indeed, given Always Sometimes Monsters has so much to offer as a whole, it’s likely any issues with how it looks, how it controls and even the odd bug will melt away once the player gets going, with developer Vagabond Dogs having delivered something truly rare even in the modern age of video games: a game most won’t mind taking on from start to finish again and again.

Verdict
Always Sometimes Monsters is a game of genuine choices, from who you play as to how it ends, and it’s genius is that most of the time you won’t even realise you’re making them. A somewhat dark, depressing tale, its one fault is that its conversion to iOS could have been handled with a little more panache, though this thankfully doesn’t damage the package as a whole.