The AlphaSync PBA Diamond Gaming Desktop PC is a great value option for those who want a fast gaming 1440p experience without breaking the bank. 4K gaming is possible here too, although it will struggle at this level with modern games that have ray tracing activated.

Assembling your own gaming PC can be a difficult job if you’re not clued up about the latest specs. In order to help out, Asus and independent PC builder AlphaSync have teamed up to assemble a gaming PC that provides excellent bang for your buck.

As part of the global PBA (powered by Asus) campaign, this desktop PC is using both an Asus motherboard and graphics card. Elsewhere, AlphaSync has picked components from other reputable brands, including a Corsair PSU and Samsung SSD.

Packing an AMD Ryzen 5 5600X processor, 16GB RAM, RTX 3060 Ti GPU and 1TB SSD, it certainly looks like an excellent mid-range gaming PC on paper, but can its performance results back that up? Here are my thoughts.

The Luna Diamond case is designed by AlphaSync. It’s very simple, with a plastic casing and glass panels fixed to both the side and front, yet it still has enough stylish features in order to please gamers.

The fans are visible through the front glass panel, illuminated in dark blue lighting. You’re able to alter the colours to your liking too.

Look through the glass side panel and there’s even more RGB lighting: the CPU’s cooler radiates bright and bold colour, which can be configured with a small internal remote control. I personally liked the optional rainbow lighting to make the design look a little more dynamic.

But even those who aren’t a big fan of RGB lighting will likely be impressed with the setup here, as keeping to one consistent colour helps to make the gaming PC look suave, and it never crosses the line to appear tacky or overbearing

At the top you’ll find 3x USB-A connections, as well as a headphone and microphone port. It’s a shame there’s no USB-C here, since a growing number of peripherals are using the newer standard. At the rear you’ll see ports for VGA, 6x USB–, HDMI, DisplayPort and Ethernet – there are a further 1x HDMI and 3x DisplayPort via the graphics card around the back.

Wi-Fi is not built into the Asus Prime B550M-K motherboard, but a Wi-Fi antenna is included in the box and can be plugged into a USB port to ensure you can connect wirelessly to the internet. It’s unfortunately limited to the Wi-Fi 5 standard though, and so misses out on the faster connectivity speeds offered by Wi-Fi 6 and Wi-Fi 6E.

Asus has opted for its own micro-ATX motherboard, which does mean the components are a little cramped together but thanks to the large case there’s still plenty of space to fit in a larger graphics card. The large case also helps to maximise airflow. I was impressed by how cool all of the core components remained throughout testing.

It’s very easy to access the internals, with the glass panel fixed onto the PC with 4 screws. You can simply twist these screws loose, so you don’t need any tools to prise the PC open.

As you’d expect, the PC is fairly heavy, although I had no issue moving around my desk to find the best position. It has sturdy feet across the front and rear, and would require a lot of force to knock over. Sliding it across my desk didn’t create any scratches or any unwelcome squeaking noises.

The AlphaSync PBA Diamond Gaming Desktop PC is a mid-range gaming PC, featuring an AMD Ryzen 5 5600X (with 6 cores up to 4.6GHz) and Nvidia GeForce RTX 3060 Ti. Such specs can’t be considered cutting edge in 2022, with AMD’s Ryzen 7000 chips and Nvidia’s RTX 4000 Series GPU recently launching and yet the resulting performance is good enough to play modern games in Quad HD, while also being capable of running select titles in 4K.

As you can see with the results above, the AlphaSync PC was able to hit a high average frame rate for every game on test with max graphics settings. The 58fps score may not be dazzling for Cyberpunk 2077, but it’s still impressive considering this is one of the most demanding games you can play right now.

Despite its modest RTX 3060 Ti GPU, the PC was even able to run some games in 4K. Horizon Zero Dawn is a relatively modern open-world PC game, and was able to hit an average of 54fps in Ultra HD. This was one step too far when it came to Cyberpunk though, with the AlphaSync PC only able to achieve an average 19fps score – that’s pretty much unplayable.

The GPU’s limitations were also exposed when I activated ray tracing; Nvidia’s high-tech feature that renders more realistic lighting and shadow effects. With ray tracing turned on, the average performance for Cyberpunk in Full HD dropped from 88fps to 29fps.

Fortunately, Nvidia’s DLSS feature can be used to offset the performance loss, but not every game supports this mind-boggling technology. As a result, I’d recommend opting for a more powerful gaming PC if you want to play ray tracing whenever possible.

The Ryzen 5 5600X processor inside the PC is a great all-rounder CPU. With 6 cores and 12 threads, it’s a decent option for multitasking and casual content creation, which was backed up by the impressive PCMark 10 and Geekbench 5 results.

By opting for the Ryzen 5000 generation (and supporting motherboard) this PC is restricted to DDR4 memory but you do at least get a dual-channel configuration (8GB x2) which is an improvement on the HP Victus 15L (2022). You get two additional memory slots if you’d like to eventually upgrade to a quad-RAM setup too.

I was impressed by how cool the CPU ran too, hitting a maximum temperature of just 64.6°C. That’s incredibly low for a gaming PC, which shows how good of a job AlphaSync has done with the cooling setup. Stick your hand inside the case, and you’ll notice the cold air being filtered around the PC. This ensures the components inside aren’t overheating, and working to an optimum level.

The SSD performance of the 1TB Samsung 980 (PCIe 3.0) is underwhelming, as I recorded read and write scores of 3567MB/s and 2764MB/s respectively. That means it’s slower than a PS5, as well as modern PCIe 4.0 SSDs available with other desktop PCs.

As a result, you may notice below-average boot up speeds, and in-game loading times may take a little longer than you’d like. Fortunately, there is a PCIe 4.0 slot on the motherboard, allowing you to upgrade to a faster M.2 SSD in the future but with 1TB of storage space included on the existing SSD, you’ll probably have plenty of room to store your favourite Steam games.

In the age of spiralling energy bills, it’s also important to consider the power consumption of the AlphaSync PBA Diamond Gaming Desktop PC. When idle, the PC took up around 75W of power. When put under pressure by a 3DMark Time Spy Extreme benchmark, that figure only rose 292.4W.

For comparison, our test with the all-new RTX 4090 GPU saw a maximum power consumption of 570.6W, making it almost twice as power hungry as the AlphaSync PBA Diamond on review here. This shows that the Alphasync desktop strikes an excellent balance between performance and power consumption, while also retaining a great value price point.

The AlphaSync PBA Diamond offers a great Full HD and Quad HD, even for modern AAA games. You’re getting great bang for your buck with this level of performance.

You want a 4K performance or super-speedy SSD:

The AlphaSync PBA Diamond isn’t quite powerful enough for 4K gaming for some of the most demanding games. It’s also a shame the SSD performance is below par.

The AlphaSync PBA Diamond Gaming Desktop PC is a great value gaming PC for those who want to game in 1080p or 1440p. It has a snazzy case too, with glow-up components that should impress RGB fans.

It’s a shame that the SSD speeds are below par, although PCIe 4.0 is supported if you fancy upgrading things down the line. It’s also a pain that Wi-Fi isn’t built into the motherboard, especially when the bundled antenna only supports Wi-Fi 5 but if you just fancy a great looking gaming PC that offers a speedy Full HD and Quad HD performance, then this is one of the best value options we’ve seen so far.

Every gaming PC we review goes through a series of uniform checks designed to gauge key aspects including build quality, performance, and accessibility.

These include formal synthetic benchmarks and scripted tests, plus a series of real-world checks, such as how well it runs an AAA game.

We used it as our main desktop PC for at least a week.

We tested the performance via both benchmark tests and real-world use. 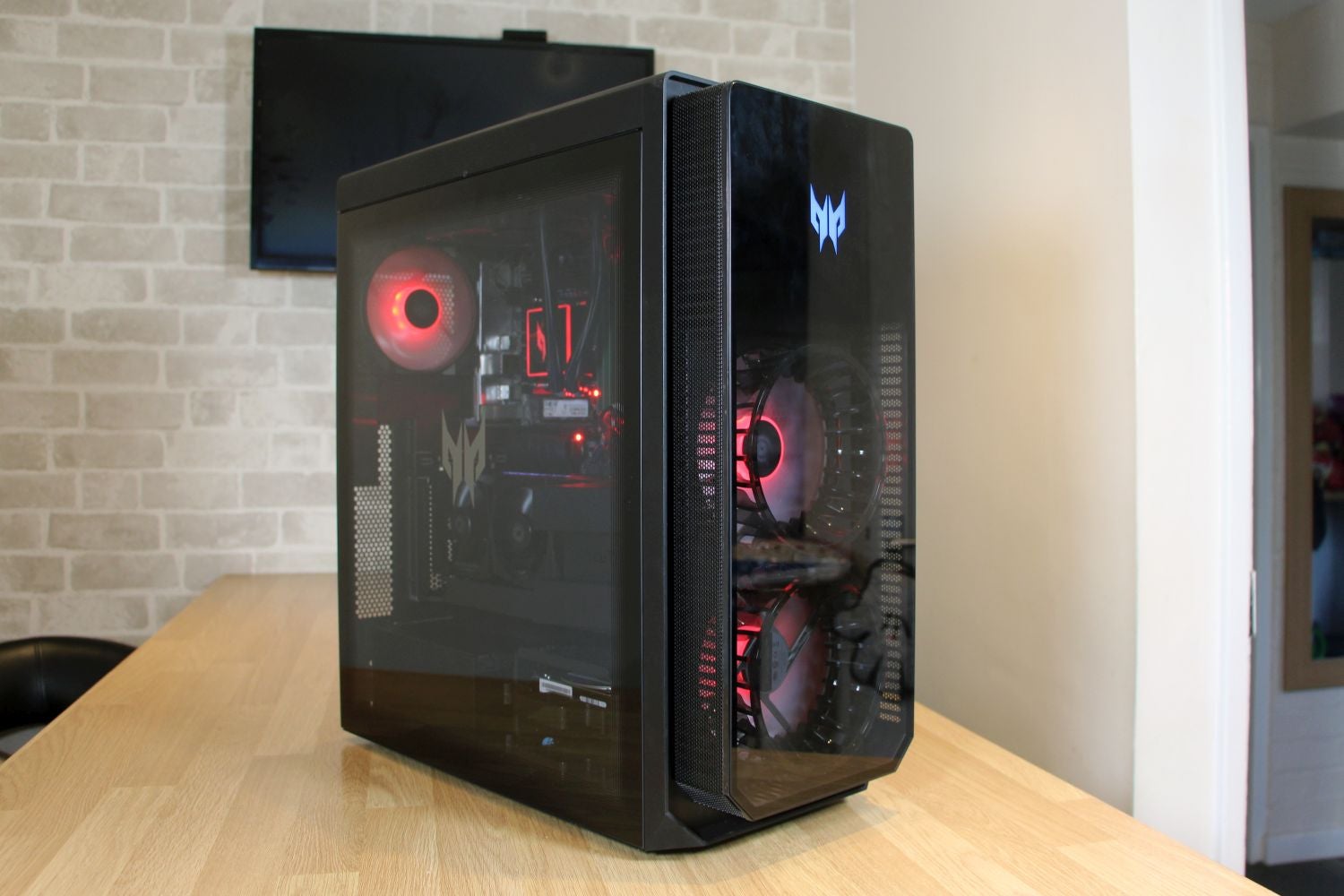 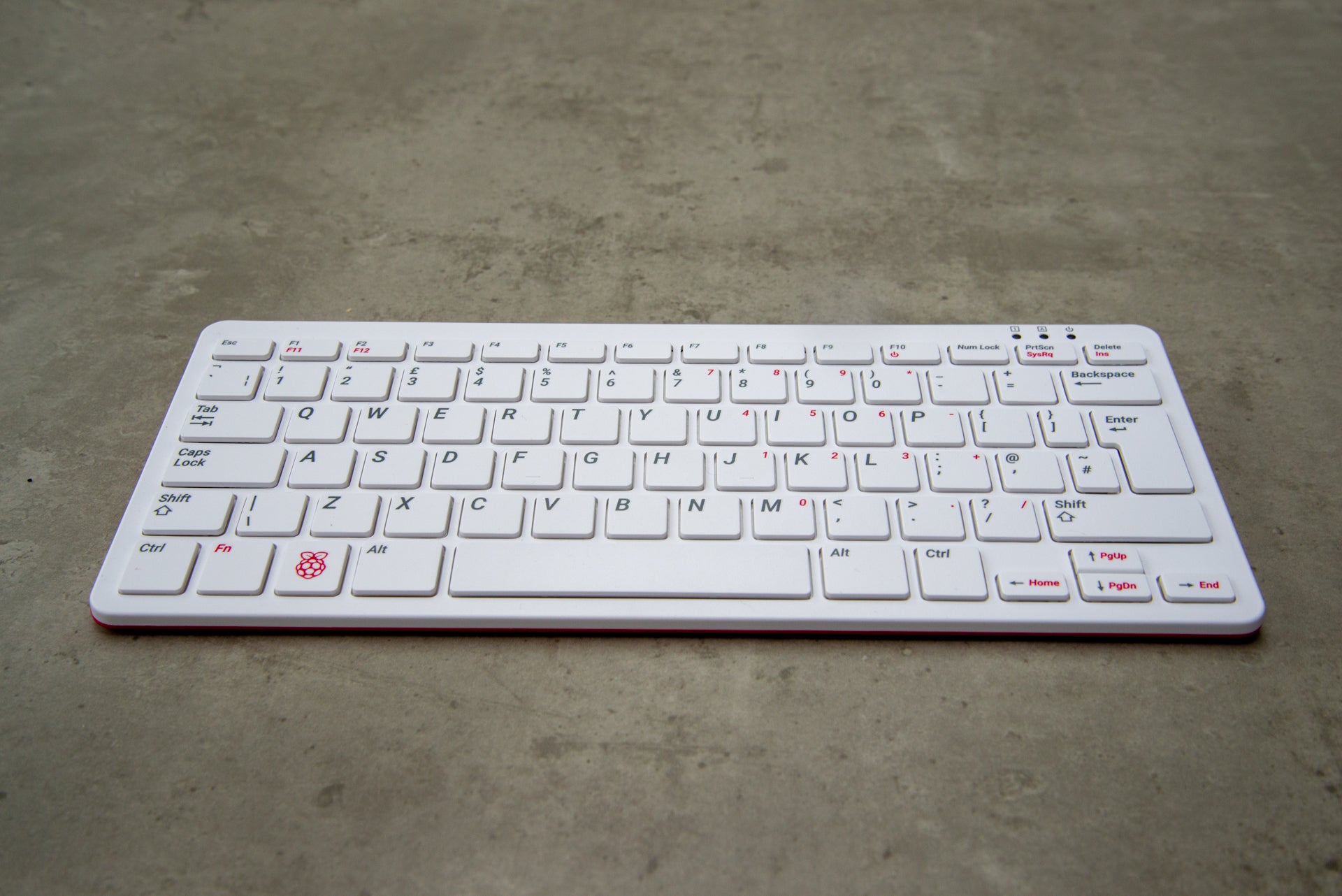 What cases does AlphaSync use?

It uses its own Luna Diamond case.