It's difficult to recommend the Alienware AW768 when most rival devices are available for less.

What is the Alienware AW768?

The AW768 is Alienware’s flagship mechanical keyboard, designed to compete with the likes of the Logitech G910 Orion Spectrum and the Corsair K65 LUX. Judging by the name alone, it comes highly rated from the larger-than-life PC manufacturer and does have a lot to live up to.

Moreover, at £87 it isn’t cheap. With that in mind, is it worth the punt – or better to stick with models from fail-safe brands such as Corsair and Logitech?

Upon first impressions, Alienware’s flagship keyboard looks similar to much of its competition – it sports what looks like an aluminium housing with a space grey and black exterior. However, look a little closer and not all is what it first seems.

The aluminium housing is in fact plastic, although it must be said that its lightweight feel acts as a pretty good marker of the keyboard’s quality. Under-finger, the keycaps feel similar to those on most rival models, but the pretty sizeable volume roller feels cheap and somewhat tacky.

Unlike some volume rollers, whereby the pushing force dictates the magnitude of the increase/decrease in volume, the one on the AW768 appears similar to a mouse’s scroll wheel. The mute button is also made of a hard plastic and requires more force to push than the actual key switches.

There’s also a fair amount of flex in the plastic housing – which isn’t what you’d expect in a product at this price. 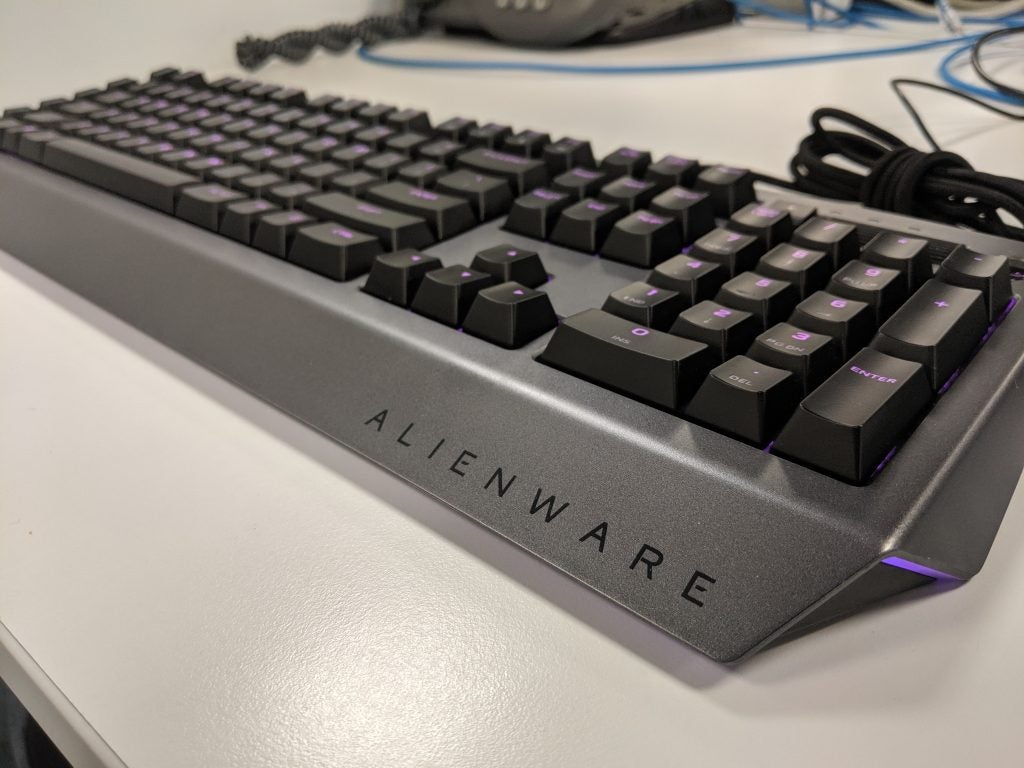 The ambient backlighting of the AW768

The Alienware AW768 boasts clear-housed Kalih Brown switches, complete with a 2mm actuation point; it has 4mm of total travel. The Kalihs are a little cheap-feeling compared to their Cherry counterparts, with a 45cN actuation force in comparison to Cherry’s 55cN. Putting them through their paces writing this review, the Kalih clones feel a little light and lacklustre.

In addition, the tactile bump that should come with the Browns is indeed less noticeable here. Admittedly, if I’d have paid for this £87 keyboard, I’d have felt a little short-changed.

It does come with Win-key lock and also the “Function Key Lock” combination that disables the Function row. Other standard features include a full N-Key Rollover and Anti-Ghosting.

In terms of the keyboard’s performance with regards to gaming, the supposed tactile nature of the Kalih Browns was rather difficult to feel in the heat of a few runs on Counter-Strike: Global Offensive. The switches feel more linear than tactile, being more reminiscent of a Cherry MX Red switch by way of force. In addition, the inconsistency of the keystrokes was hard to adjust to after having used Cherry MX Browns for an extensive period of time.

The programmable macro keys are a bonus and Alienware’s listing claims that there are 15 of them – although on the sample I reviewed there were only five, which will be limiting for some games. The software used for binding the macros was simple and intuitive, however. 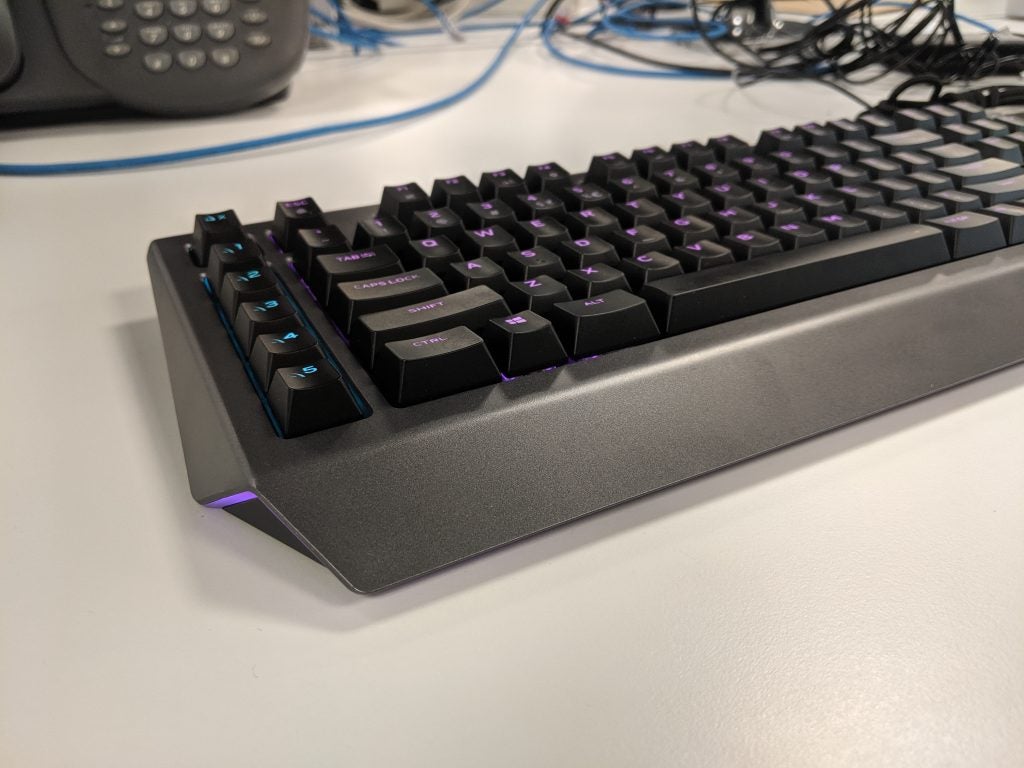 A sweeping shot of the AW768’s left-hand side, showing the programmable macro keys and sumptuous backlighting

Despite the qualms I have with the switches, the AW768 excels by comparison in the lighting department.

Much like its rivals, it has the usual 16.8 million colour RGB lighting that shines through the keycaps thanks to a pretty large LED present atop the switch housing. What is a little baffling is that the Kalih switches have clear housings; it seems odd to have a massive LED when you could have more consistent strength of lighting with a fully RGB’ed switch instead.

Alienware’s Command Center takes centre stage when it comes to allowing the 16.8 million colour backlighting to do its thing. Straight out of the box, the AW768 uses its Spectrum light setting, teasing you with its various colours. The Command Center software features 15 different backlighting settings, so you can run through the various different combinations until you find one that suits. It also features a 256K onboard memory to remember your backlighting preferences, which can be flicked through at will using the Fn +F3 combination.

Where the lighting does fall down a little is in the limits that the Command Center places on the true extent of light-based creativity. Rival firms such as Roccat and Corsair offer 104 key backlighting options; Alienware’s software splits it into eight different categories. These include WASD, Arrows, Number Row, Functions, Num Pad, Logo, Ambient, and Other Keys – the last of which simply means every other key on the board, including the navigation cluster.

Splitting the lighting into categories is a little restrictive if you want to achieve the look of a Pink Floyd concert, but this will disappoint only a small number of users –I’m not necessarily one of them.

Why buy the Alienware AW768?

It’s pretty difficult to recommend the Alienware AW768 rival models offer superior quality at a better price. Moreover, the AW768 lacks some basic lighting functions such as the outwards “Ripple” effect that even cheap (£30 or so) Chinese “mechanical-feel” keyboards offer. For the money, there’s a myriad of better alternatives out there.