The Nvidia GeForce GTX 880M ensures that every top-end game runs smoothly at high quality levels across the Alienware’s 1,920 x 1,080 screen. Its specification includes 1,536 stream processors, a base clock of 954MHz and a monster 8GB of GDDR5 RAM. That last figure is a particular boon, as next-generation games developed for consoles and ported to PCs will rely more on additional memory.

We loaded Crysis 3, Battlefield 4, Bioshock Infinite and Batman: Arkham Asylum, and ran each game at its highest quality settings – and the Alienware responded with average framerates of 43fps, 44fps, 62fps and 98fps respectively.

That’s stonking performance. The MSI hit playable levels in all of those games, too, but it was ten frames slower in Battlefield 4, and the Asus fell behind too – it relies on a last-generation chipset. The Alienware 17 and Schenker systems, with their weaker GPUs, also lagged behind. 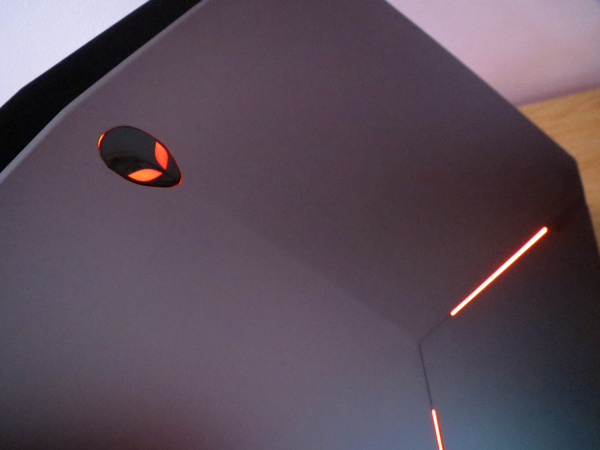 The Alienware 17 backed up its in-game prowess with impressive speed at the sharp end of our graphics benchmarks. Its 3D Mark Fire Strike score of 5,311 is the best we’ve ever seen, and more than 1,000 points ahead of the MSI.

The SSD rattled through the AS SSD sequential read and write tests at 454MB/s and 200MB/s. The former result is okay, but the latter is plain bad – slower even than the MSI’s sluggish write speed. The 80GB capacity isn’t much cop, either; the MSI had a 128GB drive, and the Alienware 14 included a 256GB unit. At least there’s a 1TB hard disk. 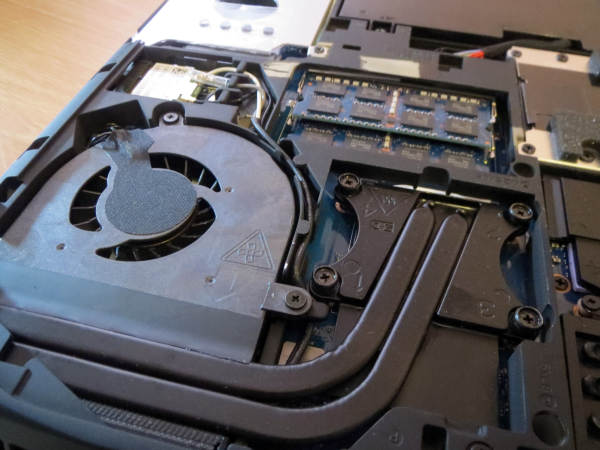 We’ve never encountered a gaming notebook that’s kept quiet during stress-tests, and that’s the case here too – the Alienware produced a consistent growl. Impressively, the noise wasn’t as loud as the MSI GT70, though, and the speakers or a headset will easily push it into the background. When performing less intensive tasks, we barely heard the fans.

All of the Alienware’s excess heat is pumped from the rear of the system, which means no hot air at the front or the sides of the machine. The body stayed cool, too, and the temperatures remained acceptable on the inside with processor and graphics core peaks of 79°C and 82°C. 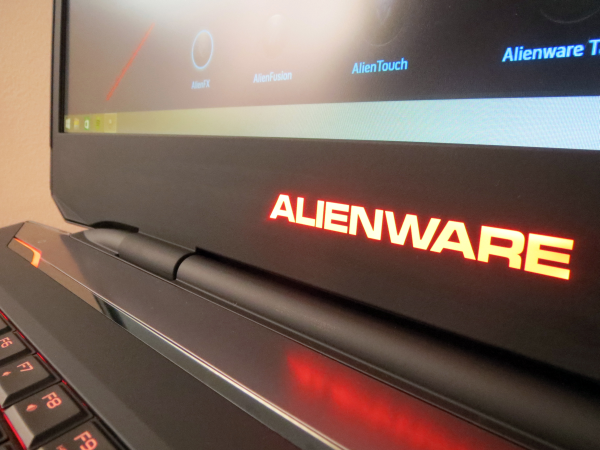 If you’re planning to take the Alienware to a LAN party, don’t forget the power pack. We loaded the demanding Unigine Heaven 3D graphics benchmark, turned on High Performance mode and ran the screen at 100% brightness to simulate a high-octane gaming session, and the Alienware lasted for just one hour and five minutes.

The situation improved in our standard battery benchmark, which loops web browsing and video chat tests with the screen at 40% brightness. Here, the Alienware lasted just two minutes shy of five hours. That’s great for a gaming machine, and it’s almost two hours longer than the 17in MSI and Asus systems could manage.

It’s still not enough to see the Alienware last more than half a day away from a plug socket, mind, and the situation stays the same during games – you won’t get through more than a handful of Call of Duty levels without plugging in.

Used as our main laptop for the review period
Tested for at least a week
Used consistent benchmarks for fair comparisons with other laptops
Reviewed using respected industry benchmarks and real world use
Previous
Alienware 17 Review Next
Keyboard, Trackpad, Configuration Options and Verdict Review