The Lifetab runs stock Android 4.4 KitKat and comes loaded with a mishmash of apps from a variety of sources. In addition to standard Google offerings such as Gmail, Chrome and YouTube, you’ll also find slightly less familiar bits of software, like Medion 2 Go and Aldi app.

These are annoying, and are there purely there to try and entice you to buy more from the two companies. The good thing is they’re easy to uninstall. Separating the wheat from the chaff is a dull process, but will free up a little extra storage space.

Aldi has really missed a trick, though. While the hudl 2 comes with plenty of Tesco-branded extras, including the ‘T’ which takes you to Tesco’s groceries and services page, some of Tesco’s software is genuinely useful. ‘Get Started’ and the child safety features – developed in partnership with the Parent Zone – are absolute gems, for instance. They show that Tesco has really thought about its target audience: families and first-time tablet owners.

A digital user guide comes pre-loaded on the Lifetab, but it’s a lengthy number, and not the easiest to digest. Since the Lifetab, like the hudl 2, is likely to appeal most to first-time tablet buyers, the lack of quick and easy guidance is disappointing. 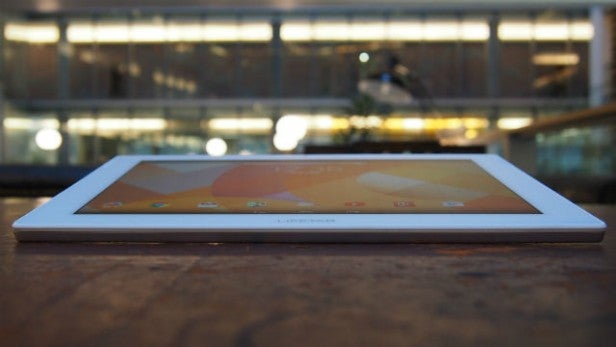 The Lifetab comes with a quad-core Intel Atom Z3735F processor that operates at 1.33GHz, though burst mode will take it up to the 1.83GHz mark. This is paired with 2GB of RAM. It’s similar to what you’ll find in the hudl 2, but we found performance issues with the Lifetab straight out of the box.

Scrolling is a little bumpy – although this may have more to do with the screen responsiveness – and the auto-rotate function is jolty. Instead of the screen switching smoothly from landscape to portrait (or vice versa), it seems to flip over in stages. It’s a minor issue, but immediately sets a negative tone.

The first time we fired up the YouTube app was a complete disaster. It took 50 seconds to play 14 seconds of the clip we were trying to watch, before settling into the swing of things and getting its act together. This was all on a perfectly good Wi-Fi connection.

We encountered the same issue when using the BBC Media Player app for the first time. Video content loaded painfully slowly for around a minute before playing as it should. We haven’t been affected by this problem since, but we’ve rarely come across teething problems this bad when reviewing a tablet. 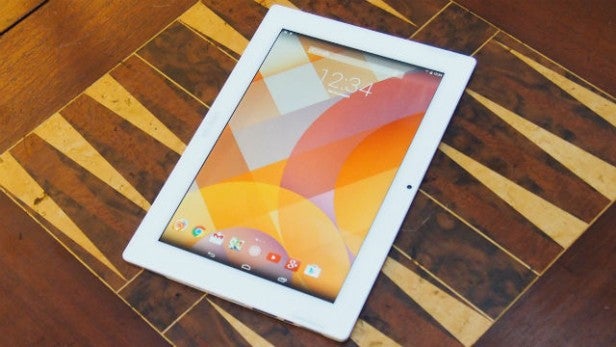 In real-life use, we played Real Racing 3 and Asphalt 8, and performance was generally nice and smooth. The only problem we encountered came courtesy of the screen’s poor responsiveness. However, Dead Trigger 2 wouldn’t load at all, leaving us with a completely blank screen instead of a barrage of zombies, blood and general violence.

After a few minutes of use, we also found that the rear side of the tablet – in particular the area closest to the power button – heated up significantly. While a little extra warmth is always welcome during these winter months, it’s a worrying sign. Prolonged use resulted in a very hot rear indeed.

The Aldi Medion Lifetab comes with 32GB of internal storage as standard, 24.38GB of which is available out of the box. Deleting some unwanted software will boost you up by 0.4GB or so, but it’s worth investing in a microSD card, especially if you plan on carrying a load of music or movies with you. It also runs Bluetooth 4.0 and 802.11 b/g/n standard Wi-Fi.

As this review was being written, the tablet inexplicably reset itself, re-installing all of the bloatware and deleting our files in the process. We’re not sure why this happened, or if this is a common problem, but it definitely took us by surprise, and not in a good way. 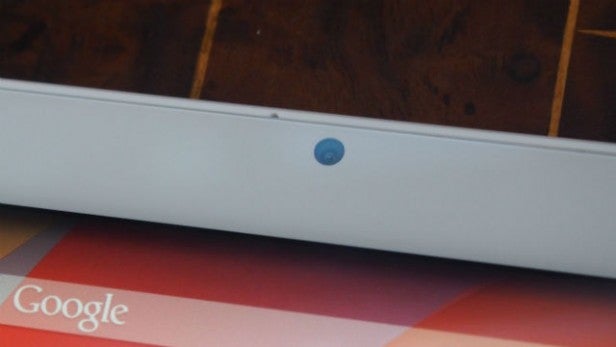 The Lifetab has a decent 5-megapixel rear camera and a 2-megapixel selfie snapper. They capture adequate pictures in decent light, but struggle in low and bright light settings, with pictures either coming out overexposed or barely discernible. The front-facing camera is good enough for Skype calls, but not so great if you plan on flooding Instagram with a series of flattering selfies. Panorama mode is an additional option, but the camera app on our unit kept crashing every time we tried to fire it up.

The size of the battery packed into the Medion Lifetab hasn’t been revealed, but Medion says it’ll deliver up to 10 hours of life. We set our unit’s screen to 40% brightness and the volume at 80%, and the Lifetab lasted about nine hours and 20 minutes while playing a YouTube playlist.

This is good, but won’t really affect consumers who intend to use the Lifetab in the comfort of their own home. The real killer is the time it takes to charge back up. While in idle mode, it took us just over eight hours to charge up to full, and from 0%, a 30-minute blast on the charger took it up to a measly 10%. This is bad, and would theoretically give you just 56 minutes of play time. 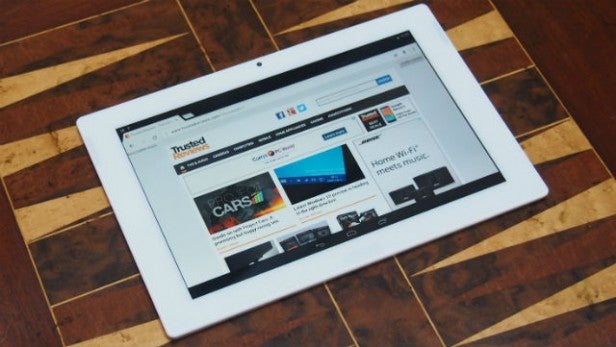 Should I buy the Aldi Medion Lifetab S10346?

The Aldi Medion Lifetab S10346 has attracted plenty of attention purely because of the novelty factor that comes with owning an Aldi-branded tablet. Tesco’s hudl created the same light-hearted stir, but silenced the nay-sayers by proving itself to be a generally excellent device for the price.

The Lifetab isn’t. It’s chunky, unattractive and packed full of faults. The display’s lack of responsiveness alone is a big enough reason to avoid the Lifetab, but erratic performance, issues with the headphone port and a camera app that doesn’t work properly combine to seal the deal. It’s not quite as bad as the Argos MyTablet, but it’s not much better.

If you’re desperate for a 10-inch tablet but can’t afford the iPad Air 2 or Samsung Galaxy Tab S 10.5, you’d be far better off going for the excellent Lenovo Yoga Tablet 10 HD+ or LG G Pad 10.1 instead of the Lifepad. Otherwise go for the Tesco Hudl 2. What it lacks in screen size it more than makes up for in other areas.

The Lifetab might seem like a bargain, but it really isn’t. We’d struggle to recommend it even at half the price.