Unfortunately the display on the Alcatel One Touch OT-282 isn’t very good. It’s very small, measuring just 1.8inches across the diagonal and it’s low resolution too, so text and icons tend to look a bit blocky. The biggest problem, though, is that it’s got poor viewing angles, and as a result it can be a bit hard to read unless you’re looking at it straight on. If you move to one side, or tilt the phone up or down, then colours tend to get washed out or the screen starts to look overly dark, making it difficult to read what’s on the display. Certainly, next to the displays on Doro’s 612 and 715 handsets, the one used here is very poor. 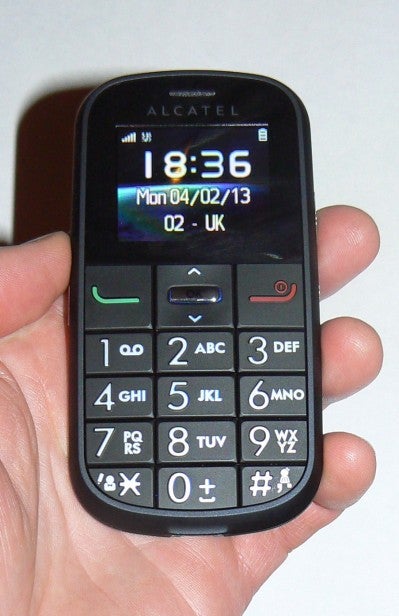 And for a phone that’s meant to be as easy as possible to use, the menu system isn’t wonderful. It feels quite sluggish when you’re moving between the different screens and the menu layout isn’t as straight forward as it could be. For example, the main menu shows large icons on the left for stuff like settings and contacts, while on the right there are smaller icons to show you where in the list of menu items you currently are. However, the menu just keeps rotating like a carousel as you move through it, rather than having a start and a finish. Also, when you open a menu entry, often you’re just greeted by two or three static text options that aren’t always as well explained as they could be. 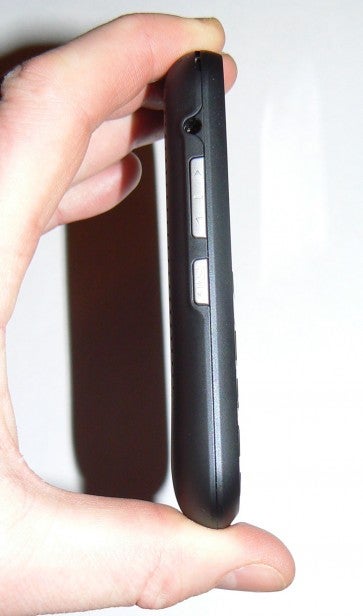 When it comes to text messages the phone is actually pretty OK to use. By default it’s set to multi tap text entry where you hit keys repeatedly to cycle through letters, however, you can turn on predictive text via the options menu, which speeds up things a lot.

We also like the way that the phone will speak the numbers on the keypad as you press them when you’re dialling a telephone number. The built-in radio is handy too, especially as unlike a lot of phones it works even if you don’t have a wired headset connected to the handset. Elsewhere, there are very few extras. There is a voice reminder where you can record a message into the phone and have it sound an alarm and then play your message to you at a set time. You get a calendar function too, as well as a calculator and standard alarm clock, but that’s pretty much your lot. 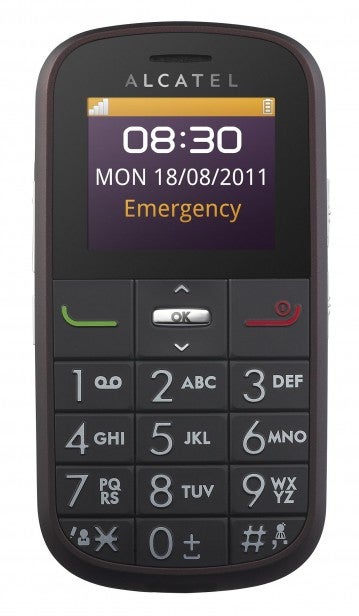 The earpiece is reasonably loud, but not any more so than most normal mobiles, but call quality was on the whole pretty good and we didn’t experience an unusual number of dropped calls with the phone. Also battery life was generally very good. Alcatel quotes a talk time of up to 10 hours and that seemed about right from our time with the phone.

We like the OT-282’s large keys and the way it speaks numbers as you enter them on the keypad. However, the menu system is a tad confusing and the screen is also very poor. If you’re looking to buy an easy to use handset for an older relative then one of Doro’s phones would be a better option. They may be more expensive, but they’re a good deal easier to use than the OT-282.