The Alcatel OT-282 is aimed primarily at people who can’t or don’t want to use most of today’s more complicate smartphones. It’s essentially targeted at the same type of people who buy Doro’s handsets – seniors and those with some dexterity or sight problems. However, the phone is much cheaper than most of Doro’s models and has a couple of interesting features, including the ability to call out numbers when you tap them on the keypad. 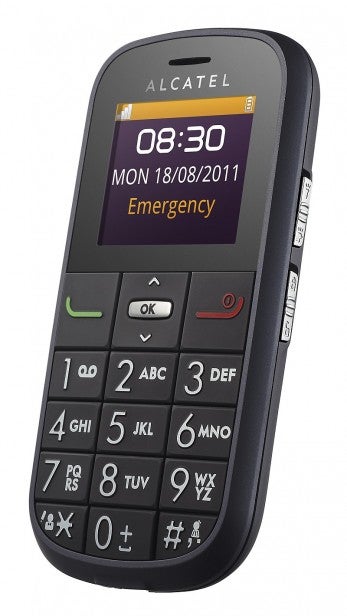 The OT-0282 costs just £24 from Carphone Warehouse on Pay As You Go (when you top up for £10). The handset is also rebranded and sold as the 155 by Vodafone and costs £25 when bought online directly from the network.

The handset has a very traditional candy bar design with a small 1.8inch screen at the top and the keypad below. The phone feels very light and a little bit plasticky to the touch. Also, although the rear has a slightly rubberised finish, it still feels a little bit slippery in the hand, which isn’t ideal given the target market. We do like the fact it comes with a desktop charging cradle, though.

Beneath the small screen there are three buttons for navigating the menus and these are flanked by the two call keys. The main keypad then sits beneath. However, the buttons are much, much larger than on older Nokia-style candybar phones, which makes them much easier to press when you’re dialling numbers, entering contact names in the phone book, or tapping out SMS messages. 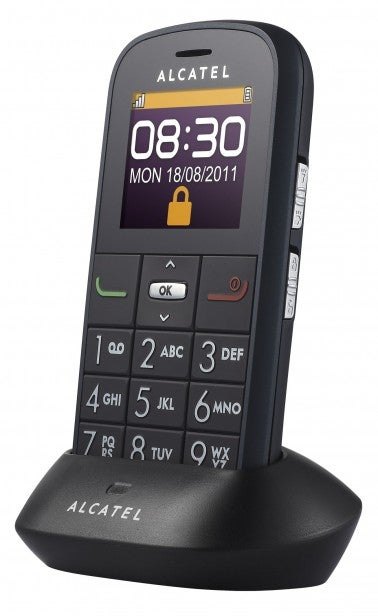 Alcatel hasn’t bothered adding a camera to the phone – something that’s perhaps not surprising at this price point. However, there is an LED light perched right at the top of the OT-282 which can be used as a torch. This is activated by a straight forward slider on/off switch on the right hand side of the handset. The light only uses a single LED, so it’s not all that bright, but it could be useful for helping you get your key in the lock when you come home in the dark.

Beneath the switch for the torch there’s a second slider switch that’s used to lock and unlock the keypad. This is a much simpler solution than the locking mechanism on most phones, where you have to press and hold a key to perform the same function.

Flick the phone over to its left-hand side and you’ll find a dedicated button for turning on and off the FM radio, as well as a volume rocker switch. Above this sits a standard headphone jack. Annoyingly, however, Alcatel doesn’t include a headset with the phone. 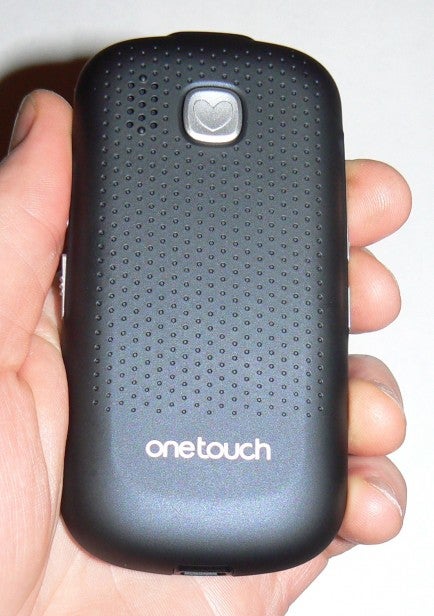 On the rear of the OT-282, where you’d usually find a camera lens, there’s a button instead. This is the SOS key. You can set this up so when it’s held down for two seconds it sends an emergency text and then repeatedly dials four different numbers until someone picks up or the SOS feature is turned off again by the user. It’s a handy safety feature to have, especially for those who live on their own.