The Alcatel OneTouch Idol Alpha has a 4.7-inch screen, a size that these days fits among lower mid-range phones rather than more expensive ones. It’s a decent size, and lets the phone stay relatively small and easy to handle. The thin-ness helps, too: it’s a very slender 7.5mm thick.

Resolution of the Alcatel OneTouch Alpha screen is a little disappointing, though. You get 720p, which is fair for the size, but not really for the price. With reams of 1080p phones available at £300, we find the display resolution a little hard to accept. 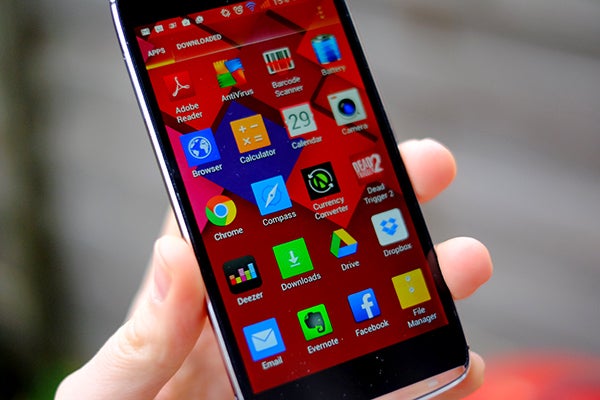 The effects in use are minor, though. There’s a little more blockiness around the edges of characters, but only a tiny amount. The Alcatel OneTouch Idol Alpha’s display is still very sharp.

Colours are fair but not fantastic, with slight over-saturation designed for ‘pop’ rather than accuracy. And, as with most LCDs, the flawed black levels become apparent in darker rooms. We’d have no issue with the display if it wasn’t for the price. Selling at the same price as the Nexus 5, and £50 more than the Honor 6, the Idol Alpha’s limitations are actually quite serious. Just ‘fairly good’ doesn’t quite cut it at £300 SIM-free.

One of the most glaringly out-of-date parts of the Alcatel OneTouch Idol Alpha is its software. It runs Android 4.2.2 where Android 5.0 Lollipop has already rolled out to a bunch of phones.

The phone is a full two years behind the pack in this respect. An update may come, but we’d advise not relying on the fact.

It’s distressingly outdated if you think about it too much, but the custom UI on the Alcatel OneTouch Idol Alpha does mask it to an extent. Lots of the changes people notice most between Android 4.2 and 5.0 are aesthetic, and would be wiped out or altered by a custom launcher anyway. 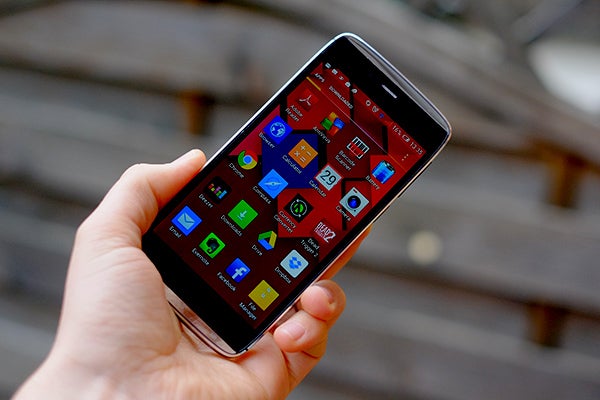 This is a fairly light interface, though. It alters the look of the home screens and apps menu, but retains the style of the dropdown notification bar. One of the more significant things you’ll miss out on that’s included in Android 5.0 Lollipop is lock screen notifications. Here you just get an unlock widget that lets you head straight to the camera, dialler or SMS app instead of the homescreens.

As we found in the Alcatel OneTouch Idol 2 Mini, the Idol Alpha has been packed with a few too many apps – particularly games. However, many can be uninstalled if you want to give the phone a spring clean. It seems even more of a shame here than in the Idol 2 Mini S, though, detracting a little from the classy vibe the hardware design tries to portray. 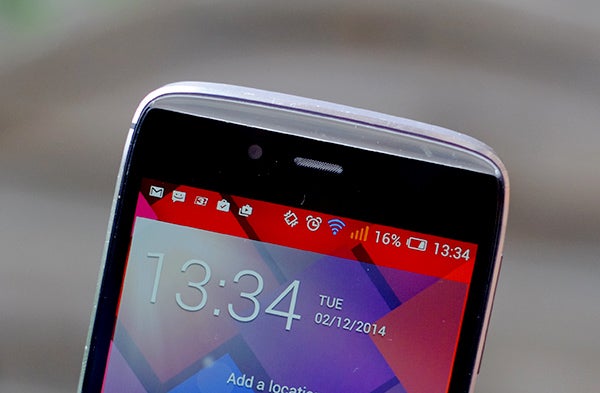 Once again, the Alcatel OneTouch Idol Alpha is let down by its hardware when you look closely at the processor running the show. It has a quad-core MediaTek MT6589 chipset clocked at 1.2GHz, with 1GB of RAM. This is effectively very similar architecture-wise to the Snapdragon 400 CPU used by the Moto G and many others, but with a PowerVR GPU instead of an Adreno-series one.

Looking at benchmark results, the Idol Alpha is very disappointing for the price. In the Geekbench 3 test it scores 1114 points, roughly on par with what we’d expect from a Snapdragon 400 phone. 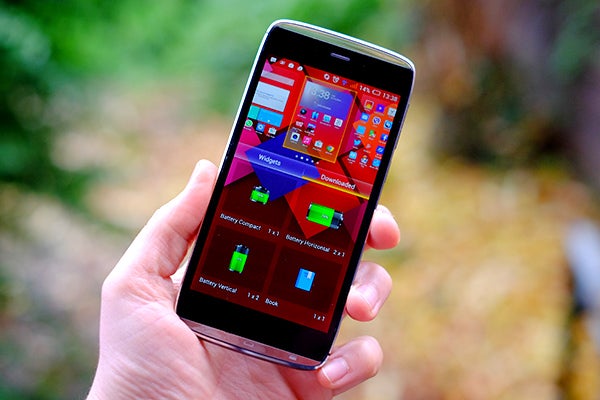 Day-to-day performance hits are relatively minor, but we did notice some keyboard lag and some slow-down in things appearing on the home screen at times – especially if, for example, the phone’s downloading something in the background at the same time. App load speeds are often quite slow, too, with particular waits for the high-end 3D games we use to test gaming performance.

Getting this sort of hardware for £300 represents poor value for money. Even the LG G3 has been seen at this price, and it offers more than twice the power.

As we saw with the Moto G, gaming performance is acceptable in most titles, but switch them up to max graphical detail – available in some high-end 3D games such as Dead Trigger 2 – and you start to see a performance hit, with less-than-smooth frame rates. While the GPU is powerful enough to mostly cope at the screen’s 720p resolution, we should be getting more for our £300.

The lacking performance isn’t just seen in the processor. It also lacks 4G mobile Internet, something that’s been expected at this sort of price for a while now. Much like the processor, 3G would be fine if the phone was a lot cheaper. But it isn’t. So it’s not.