This is only an OK 13-megapixel camera, not a great one. In the right lighting, you can produce some great shots, but it doesn’t have the chops to maintain image quality in more challenging lighting. 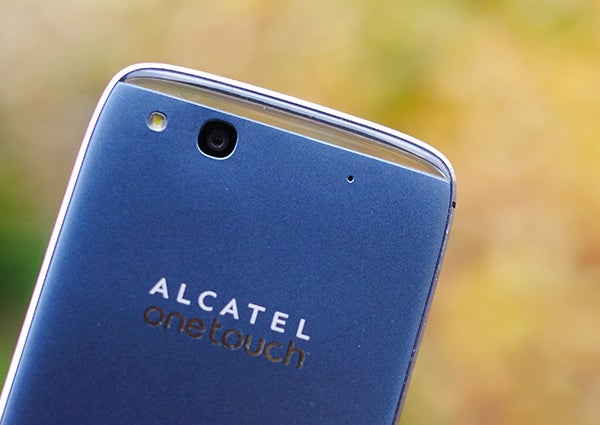 The poor dynamic range of most phone cameras will introduce either highlight blow-outs to images or make these photos look desperately dull. HDR should be able to fix this, but we found the Alcatel OneTouch Idol Alpha’s HDR just too weak to produce the effects we’re after. 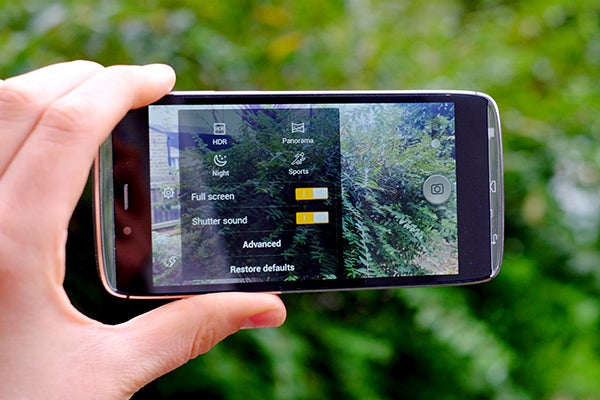 However, this is not a flat-out bad camera. In daylight it can produce some images worth keeping, and while low-light shots are noisy, you can fix them up with a bit of post-processing on a computer. And, if we’re honest, it’s roughly what we expected from the Alcatel OneTouch, which most likely uses one of Sony’s fairly decent image sensors.

We’re pretty happy with the camera app, too, which values simplicity over packing in loads of extra modes and features.

Last time we reviewed an Alcatel OneTouch phone, its battery life was abysmal. That was the Idol 2 Mini S. Thankfully, the Idol Alpha is much, much better, despite having exactly the same battery capacity of 2000mAh and significantly higher screen resolution.

In our usual looping MP4 video test, the Alcatel OneTouch Idol Alpha lasted for 9hrs 10mins, which is the same sort of performance we saw from the original Moto G (superior to the 2014 Moto G).

In daily use you should easily be able to get a day’s use off a charge. As long as you’re not playing games for extended periods or watching lots of streamed video, you should be able to clock in at around a day and a half between trips to the power socket. Just check WhatsApp a few times and you won’t see the Alcatel OneTouch Idol Alpha drain down by more than a few per cent each hour.

We’re back down to more of a normal performance with the call and speaker quality. Both are adequate, but nothing special. There’s a secondary microphone for noise cancellation during calls and the earpiece speaker is reasonably clear, but not remarkable. 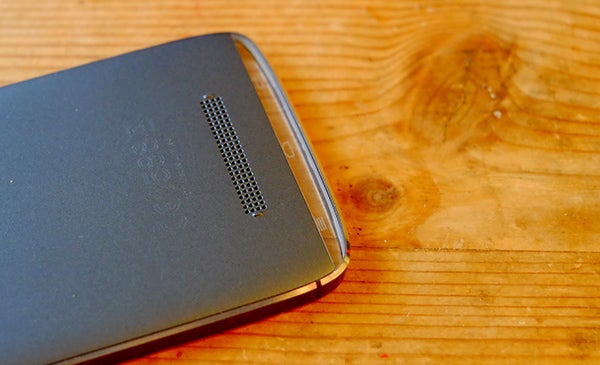 The main speaker is a mono unit on the back, but it’s about as thin and quiet as you’d expect from a phone only 7.5mm thick. It’s not great. 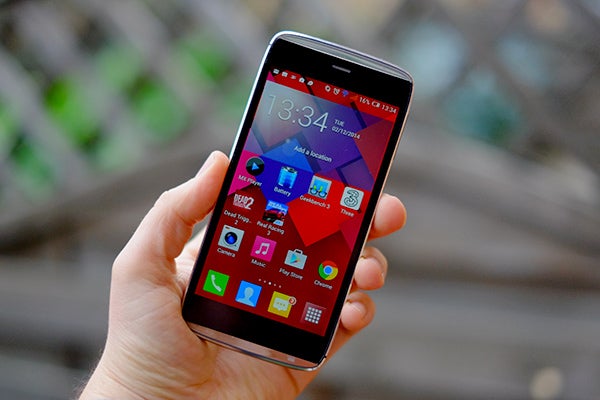 Should I buy the Alcatel OneTouch Idol Alpha?

The Alcatel OneTouch Idol Alpha is an interesting handset with some eye-catching design motifs. However, start using the phone and begin to assess it within the wider market and it just doesn’t make a great deal of sense.

Most core elements are fine: the camera’s decent enough, the processor is a fair match for the 720p display and the resolution is just about sharp enough for the screen size. However, there are some design blunders that we find hard to accept when the specs are already a stretch given the SIM-free price.

The lack of a headphone jack is unforgivable, we don’t like the soft keys much, there’s no 4G and the software is very old. If you don’t want to use your phone for music at all, and can find the Alcatel OneTouch Idol Alpha at a much lower cost than the standard SIM-free price, this is a perfectly respectable phone with rather good battery life. But we do mean a much lower cost.

While solid in most respects, some annoying design decisions and a high price lose the Alpha a recommendation.