What is the Alcatel OneTouch Idol Alpha?

Some of its choices are rather odd, though, and its core hardware just isn’t quite good enough in one too many areas to justify the fairly elevated £300 SIM-free price. While Alcatel OneTouch is known best for its affordable phones, this one simply isn’t cheap enough. Even if you find it at a knockdown price, it suffers from a few serious issues. 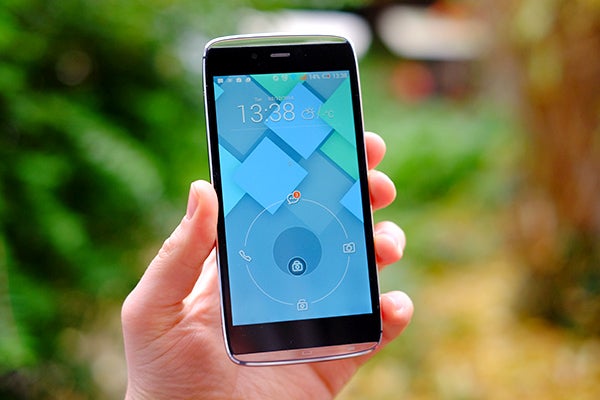 The Alcatel OneTouch Idol Alpha wants to stand out from the crowd, at least a little. It’s a phone with clear plastic bits above and below the screen, where you find the LED lights for the phone’s notifications and soft keys.

We saw similar moves in some Sony phones of last year, including the Xperia SP. It gives the Alcatel OneTouch Idol Alpha quite a striking look face-on – something that we don’t often see in Alcatel OneTouch phones.

In practical terms, this isn’t quite such a smash, though. While the lower plastic cut-out highlights the back, home and menu soft key icons, it’s only the non-illuminated area above that’s actually touch-sensitive. The soft keys aren’t so much marked as mis-marked. You get used to this, of course, but it takes some shine off the design. 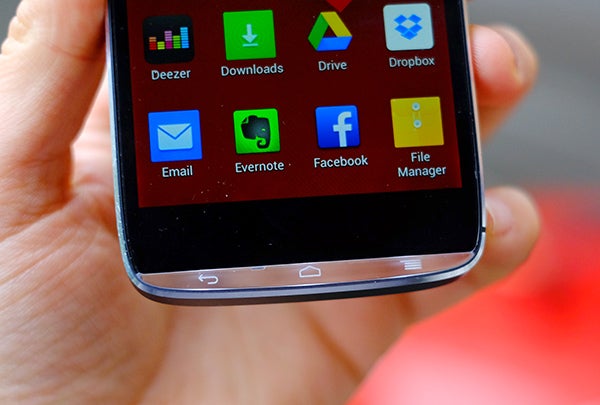 What’s less easy to get used to is quite how bright the notification LED is. We generally like our notification lights to be soft, simple glows that are easy to see yet not too distracting, but the Idol Alpha’s triple LEDs are quite bright, with a large area of effect thanks to their light being fired through a diffuser before reaching the see-through area. You can thankfully tone down the notifications in the Settings menu, but there are only three options: off, mid and full.

A little like the Samsung Galaxy Alpha, the Alcatel OneTouch Idol Alpha is a mostly plastic phone with a band of aluminium running around the outside to give you a harder, more expensive feel. 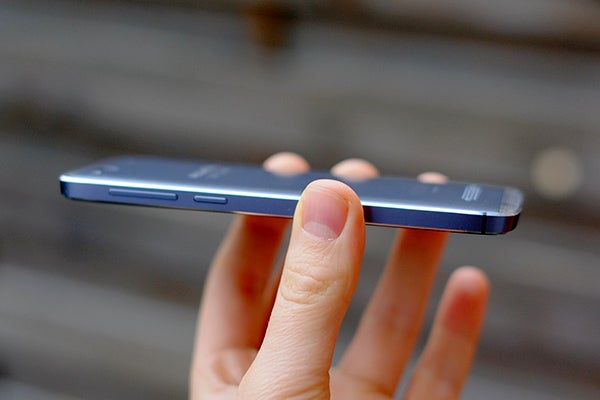 The lightly bevelled edges are a little on the harsh side, but it’s a phone that looks and feels its money. It’s also nice to see a phone that isn’t styled just like the competition. As detailed, though, any claims of originality are over-egged.

There’s one element of the Alcatel OneTouch Idol Alpha hardware that we hate, though. And we think a lot of you will, too. It doesn’t have a 3.5mm headphone jack, instead forcing you to use an adapter that plugs into the microUSB slot. One comes bundled, but this strikes us as a terrible idea for a handful of reasons.

It means no listening while you’re charging, plus you need to remember to keep the bloody thing with you, and if you lose it you’re stuffed. As you have to use an adapter that sticks out a fair way, it also makes the Alcatel OneTouch Idol Alpha hard to fit in some pockets with earphones attached. The final insult: the feature is flat-out broken in some respects, as the on-body speaker doesn’t stop playing when used with certain headphones with inline remotes.

What were they thinking?

The headphone jack cull seems to be part of an attempt to make the OneTouch Idol Alpha as simple and streamlined as possible, but this is already scuppered by having so much screen bezel on show. The more futuristic-looking phones are almost all-screen. This one isn’t. 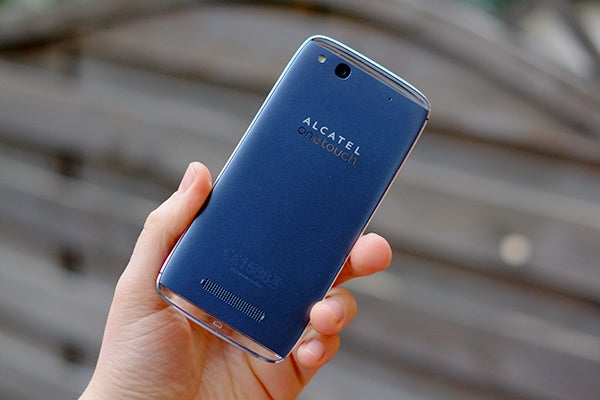 Another casualty of this hardware purification is the microSD slot. There’s a decent 16GB of internal storage, but that’s not enough for the Idol Alpha to be used as a serious music or video player.

Aside from the microUSB port, the only slot on the Idol Alpha is for the pop-out micro-SIM tray. Like the iPhone 6, it needs a tool to open.

We understand what Alcatel OneTouch was going for with the phone’s design, but it doesn’t seem to have married up practical and aesthetic priorities at all well.