The Idol 2 Mini S’s software doesn’t make a good first impression. It rather shoots itself in the foot by dressing itself up by default in a lurid, sickly blue/green gradient that sits on your home screens, your apps menu and even your notifications dropdown.

It’s frankly horrible and in no way shows off the display’s fair contrast and colours. Our top tip for Mini S owners: get rid of it fast. 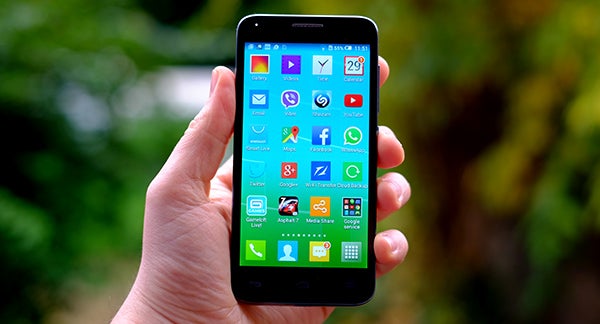 Do so and the custom interface goes from seeming like a cheap and nasty take on Android to more of a simple tweak of it. It’s disappointing, though, that the phone uses Android 4.3, a fairly old version of the system. We’re now on Android 5.0, and version 4.4 was released way back in 2013.

In smartphone terms, Android 4.3 is pretty ancient, and that there are no plans for an upgrade according to our OneTouch contact tells you not to expect much in terms of software patches, either.

Are we missing out on a great deal? Not masses, if we’re honest. One of the key benefits of Android is the immersive mode, which lets you effectively turn off soft keys so they don’t disturb movies and games. Not having it is no real issue with the Mini S, as it uses hardware soft keys. 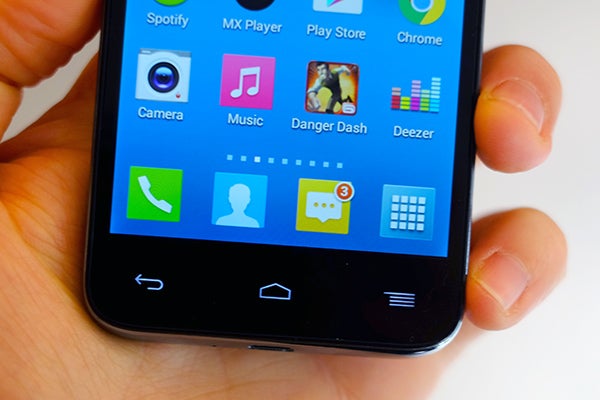 There are naturally loads of other little improvements in Android 4.4, but no omission was truly deal-breaking. We did find it a little annoying that, unlike the latest Android phones, you can’t drag down the notifications menu wherever you are. App support is also likely to become an issue if an Android 4.4 patch doesn’t arrive, as Android 4.3 support is unlikely to remain a priority for developers.

The Alcatel OneTouch Idol 2 Mini S has been rather overloaded with apps, though. Preloading a half-dozen games on the phone feels excessive, and makes the phone’s apps menu feel littered from the start. You can uninstall them, though. 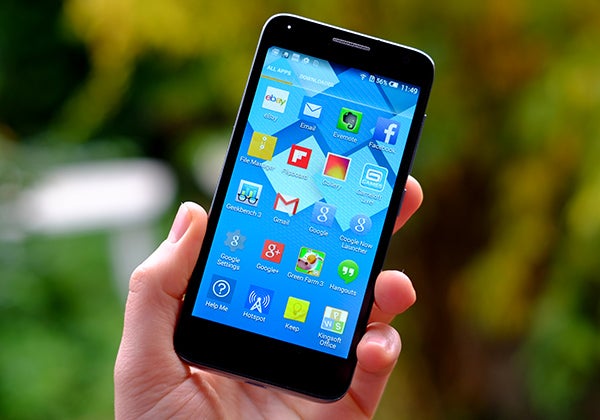 Most of the extra apps bar a few utilities seem to be the result of deals with publishers rather than Alcatel OneTouch’s own work, with Deezer, SwiftKey and Viber all on board. These are sound choices – it’s only the glut of games that seems like a poor choice.

You get 8GB storage, around 5GB of which is available to play with. That’s a fair amount, as few phones under £200 offer 16GB, and you get a microSD slot to use as well.

While we haven’t been too unkind to the Mini S for using an out-of-date version of Android, we weren’t entirely happy with the phone’s performance at times. If suffers from an intermittent lag that seems to come and go in somewhat unpredictable fashion. You’ll most often see it as the keyboard pausing before it catches up with your key presses – a classic form of lag.

Most apps also take a little while to load compared with the very best phones under £200, although it’s mostly only in comparison with other devices that the Alcatel OneTouch Idol 2 Mini S comes a cropper. None of the lag is too irritating, but the Sony Xperia M2 and Moto G are more consistent performers. 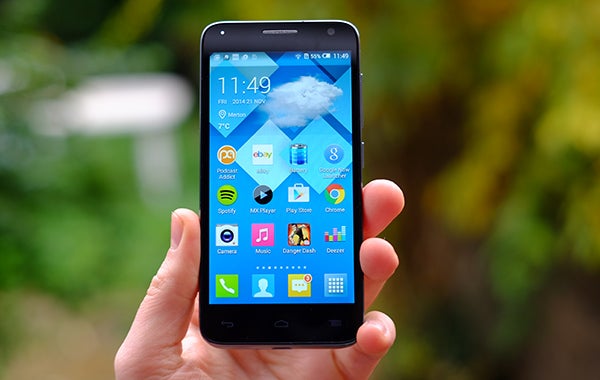 The Mini S has 1GB of RAM and the 1.2GHz Snapdragon 400 CPU – exactly the same as those more popular phones. In Geekbench 3 it scores 1133 points, within the same range as most of those other devices.

Top-end games such as Real Racing 3 and Dead Trigger 2 run just fine. However, crank up the visuals and you’ll see lower frame rates: the Alcatel seemed slightly more affected by this than some Snapdragon 400 phones we’ve tried, too. Big gamers are also likely to prefer the experience offered by the 5-inch Moto G 2014 and Xperia M2, by virtue of their larger screens.

The 4.7-inch screen offers a good size for everyday use – the iPhone 6 doesn’t use this size for nothing – but for games a bit of extra space goes a long way, especially for titles with virtual analogue sticks.